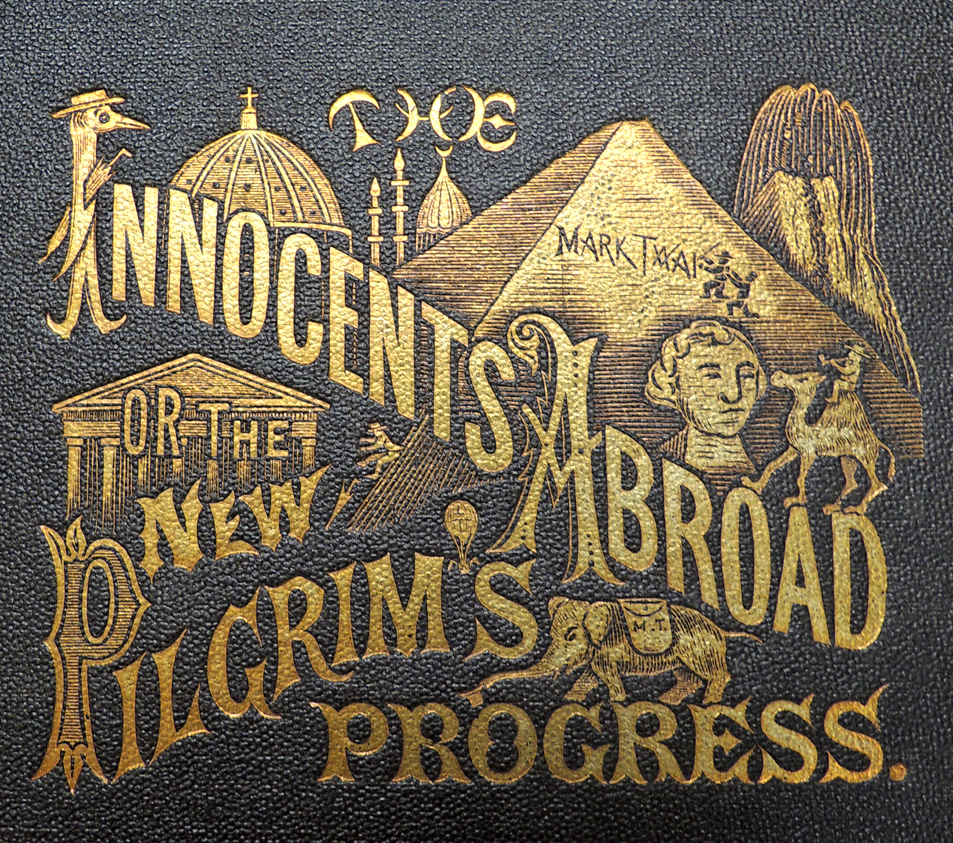 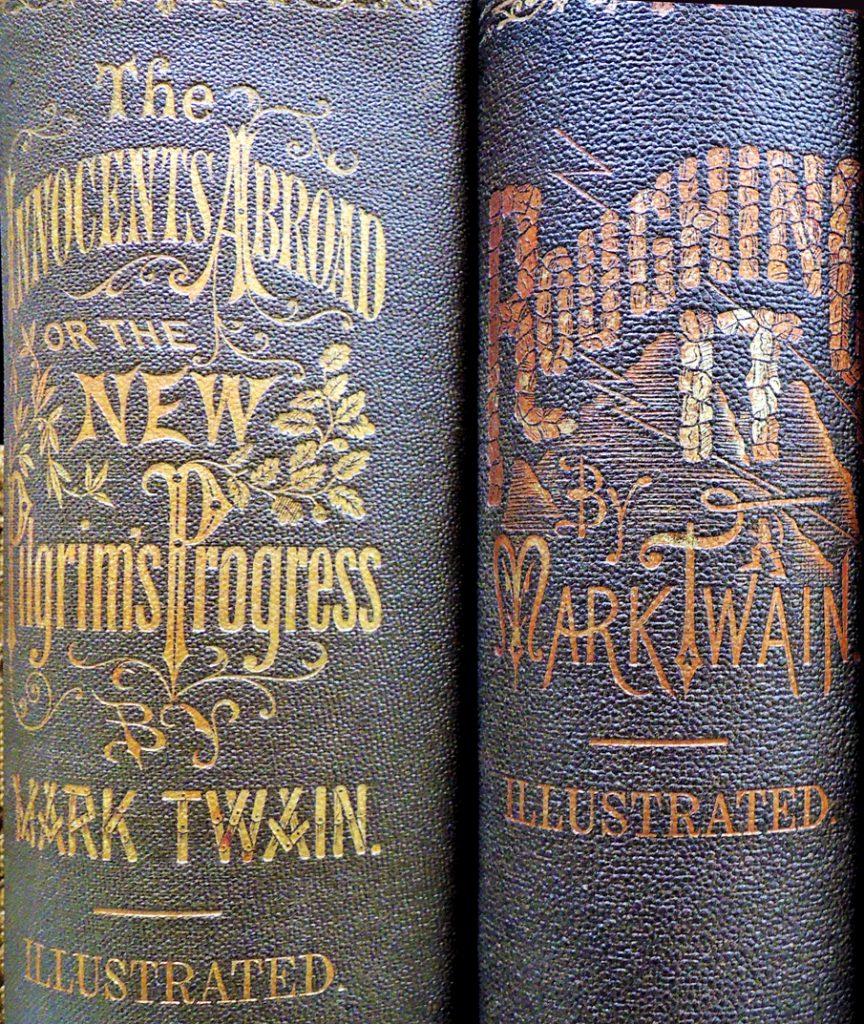 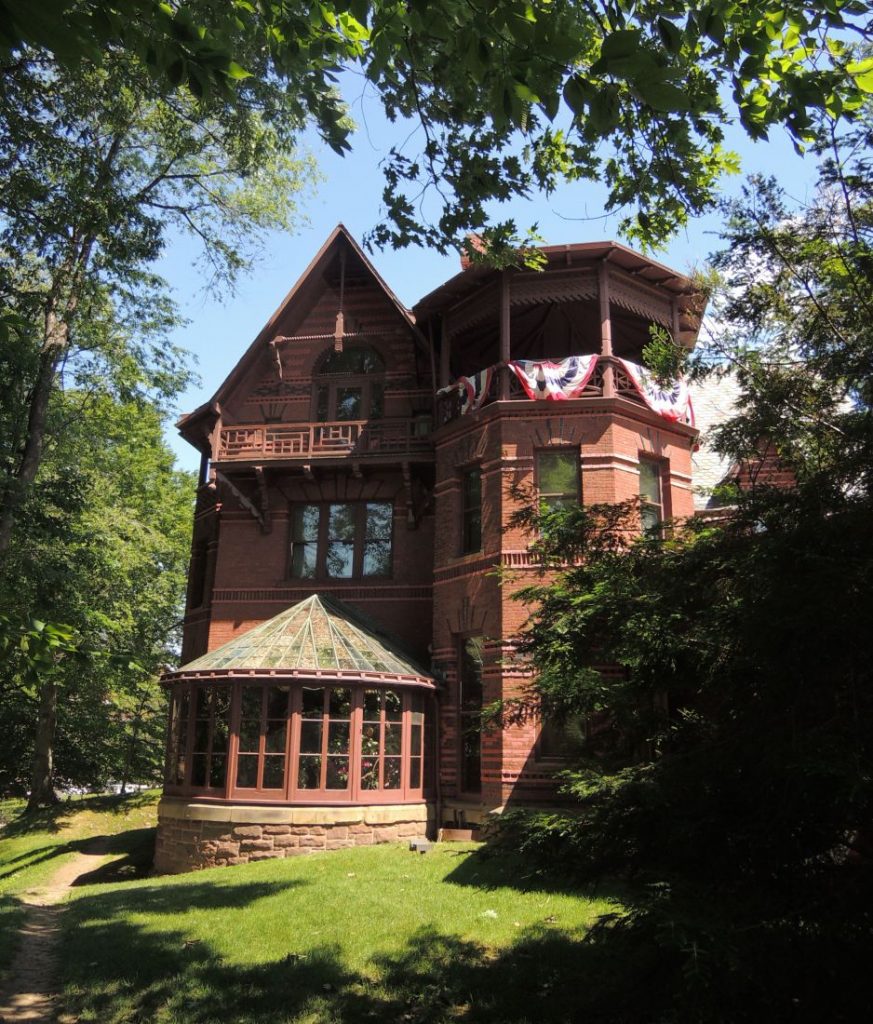 “Elisha Bliss, head of the Hartford, Connecticut subscription house, the American Publishing Company … suggested that [Mark] Twain rework the newspaper letters into a ‘humorous work,’ and referred him to the company’s success with the work of Albert Deane Richardson, a newspaperman and acquaintance of Twain.

Twain saw an opportunity for success where, The Jumping Frog had failed and began an intermittent, though ultimately life-long commitment to subscription book sales. …Beginning with The Innocents Abroad (the book about his Quaker City trip), published in 1869 by the American Publishing Company, Twain brought out the majority of his titles by subscription.”
–Scott E. Casper, Joanne D. Chaison, and Jeffrey D. Groves, Perspectives on American Book History: Artifacts and Commentary (2002)

Subscribers were offered the choice of several bindings, some more elaborate and expensive than others. Sinclair Hamilton collected the top of the line, which are now in Princeton’s collection. 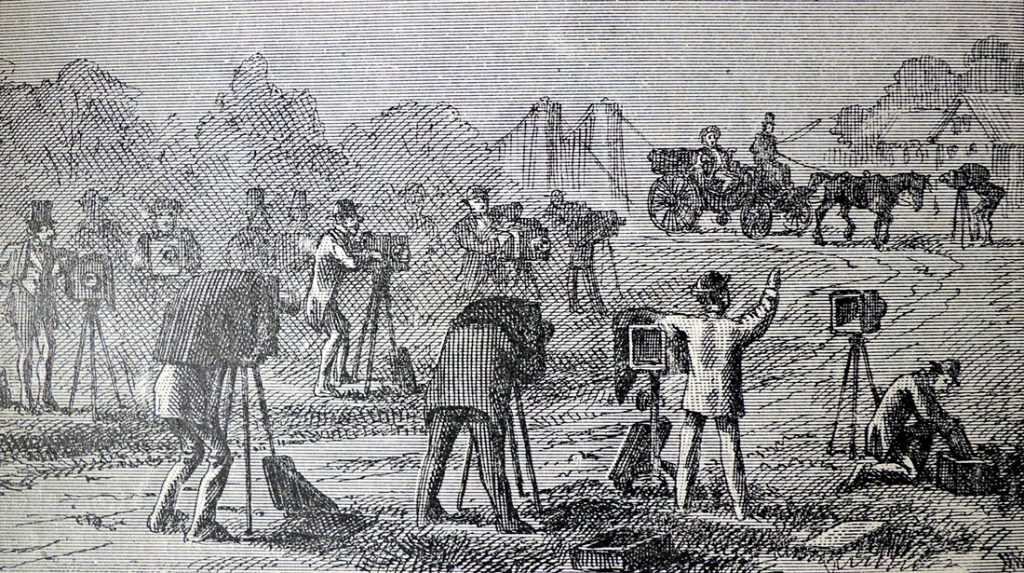 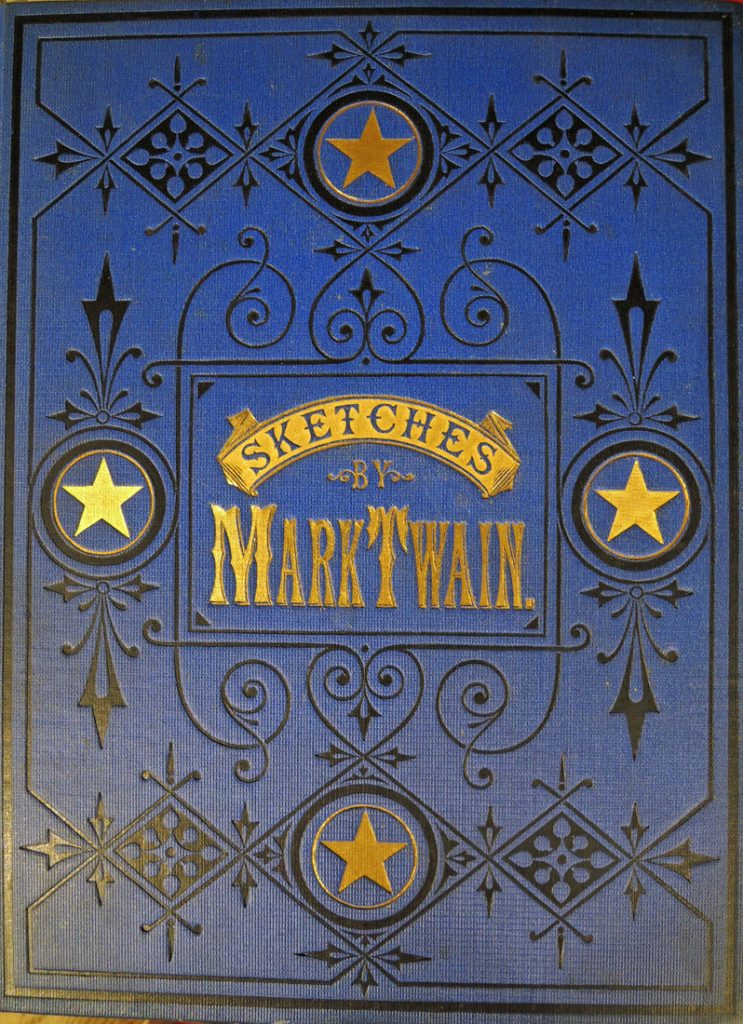 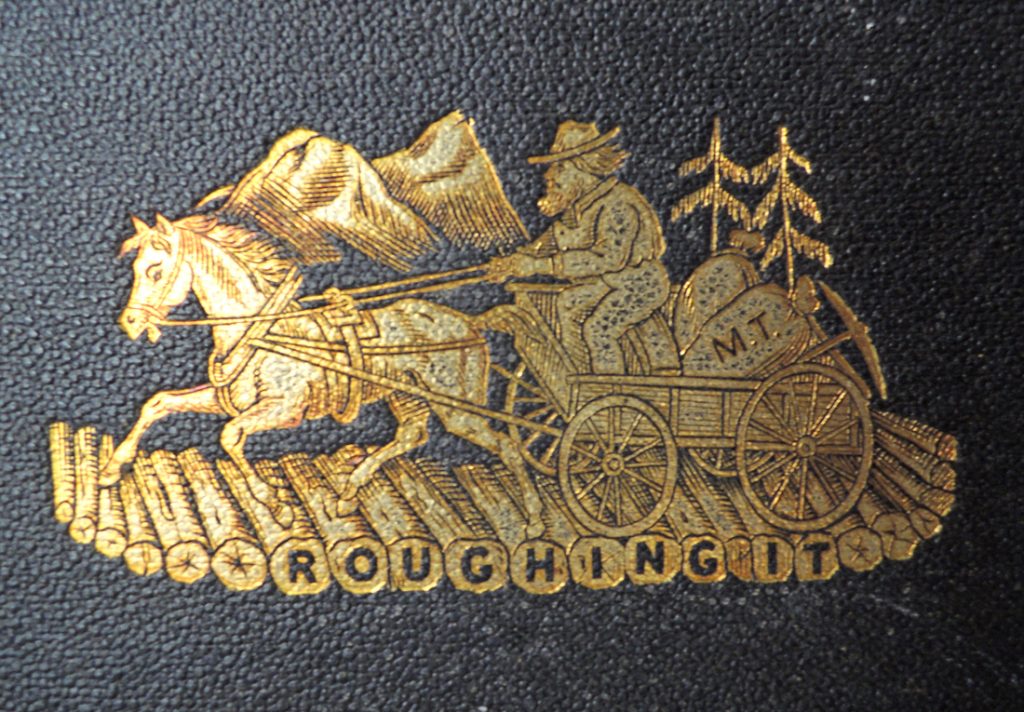 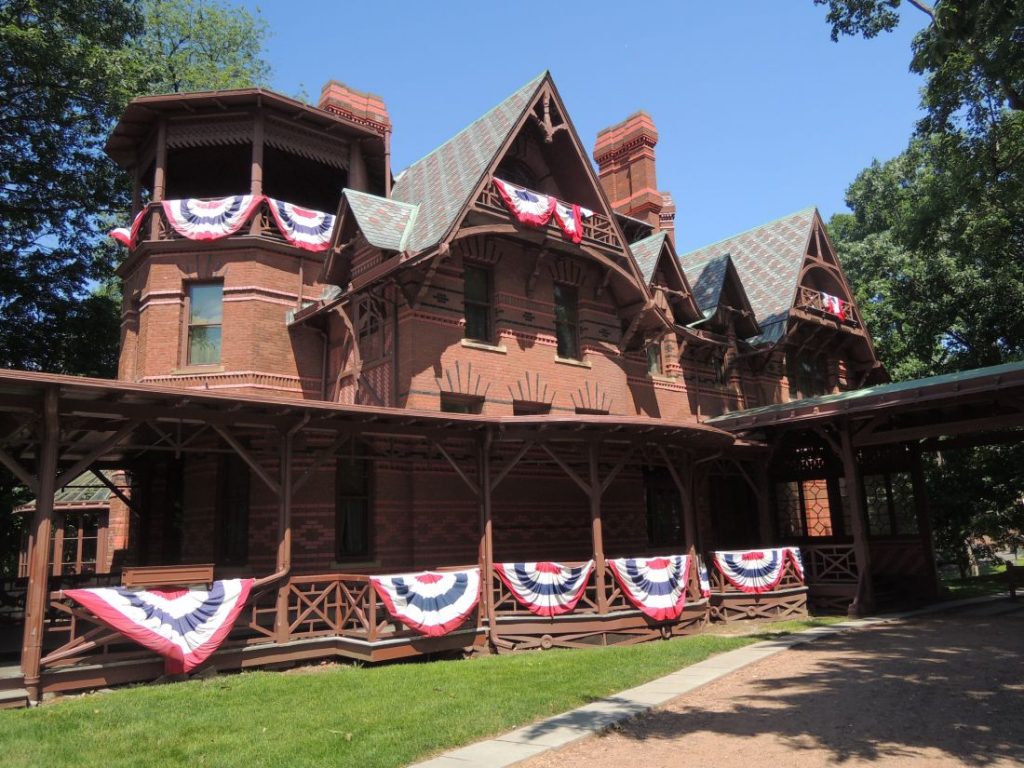 Samuel and Olivia Clemens married in 1870 and moved to Hartford in 1871. Their family enjoyed what the author would later call the happiest and most productive years of his life in their Hartford home.