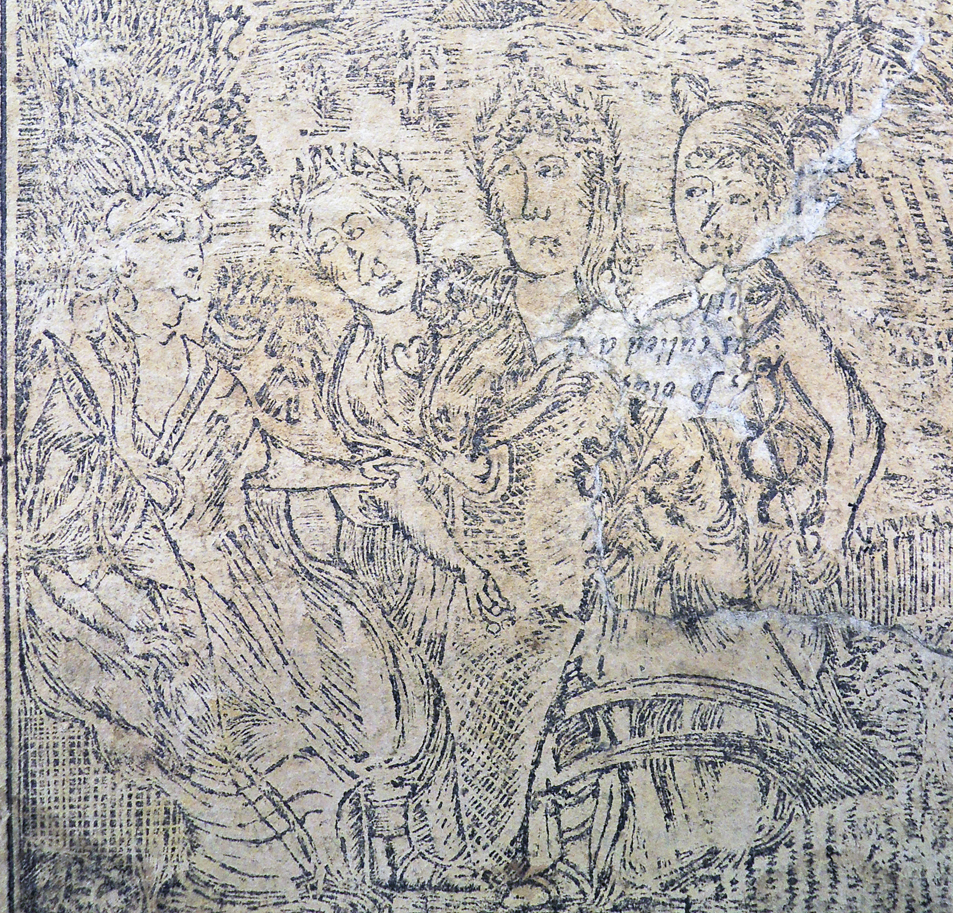 Bickerstaff’s New-England Almanack, for the Year of our Redemption, 1776 (Newbury Port: By Mycall and Tinges, [1775]). Graphic Arts Collection (GAX) Hamilton 1334.

On the title page of this 18th-century almanac is a crude woodcut depicting “Mercury introducing Concord, Agriculture, and the Arts, to America.” Sinclair Hamilton noted that “Concord’s nose appears to be broken and Mercury is quite bald,” (Early American Book Illustrators and Wood Engravers. Supplement). 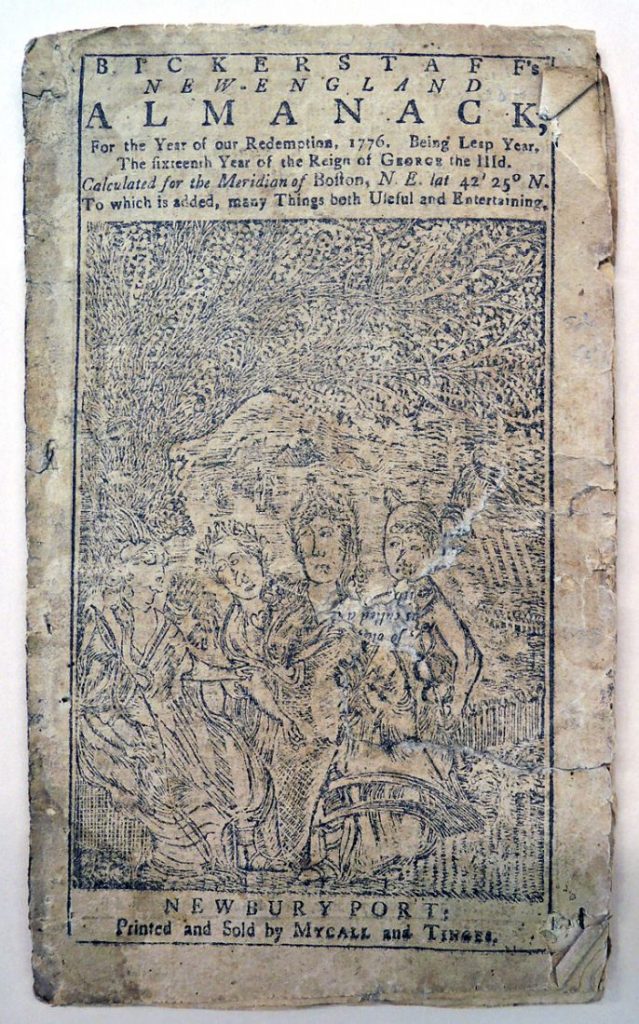 The almanac offers “A description of the frontispiece” [spelling as printed]:

It represents Mercury introducing Concord, Agriculture, and the Arts, to America. Mercury, the inventor of useful arts, and the God of Commerce, is represented, as usual, with his caduce, or conjuring rod, in his hand, the virtue of which was such, that with a single touch it could reconcile any two of the most inveterate enemies. Concordia is represented by the goddess Concordia, with her crown of Pomegranates upon her head, and a jewel in the shape of a heart upon her breast. Agriculture is represented by the goddess Ceres, the constant companies of the former, and has her cornucopia and nosegay of poppies in her hand, a crown of wheat ears on her head, and a plough near her feet. And in the back ground, to represent the useful arts are a tenter ground, a country village, a farm-house, &c. &c.

Happy the man who free from law and strife, with his own oxen ploughs his father’s field. 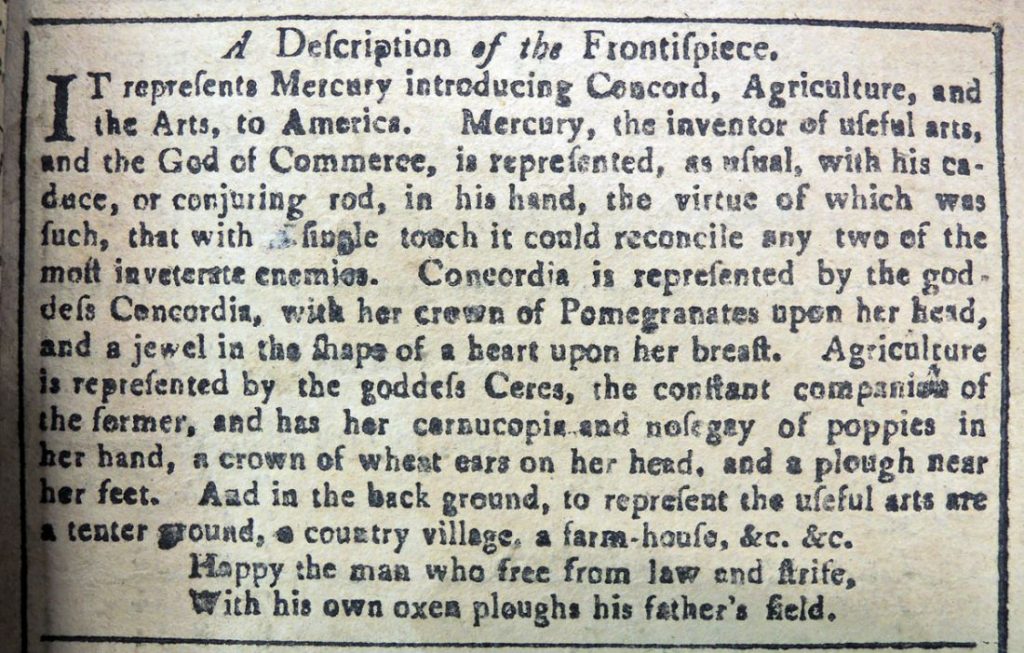