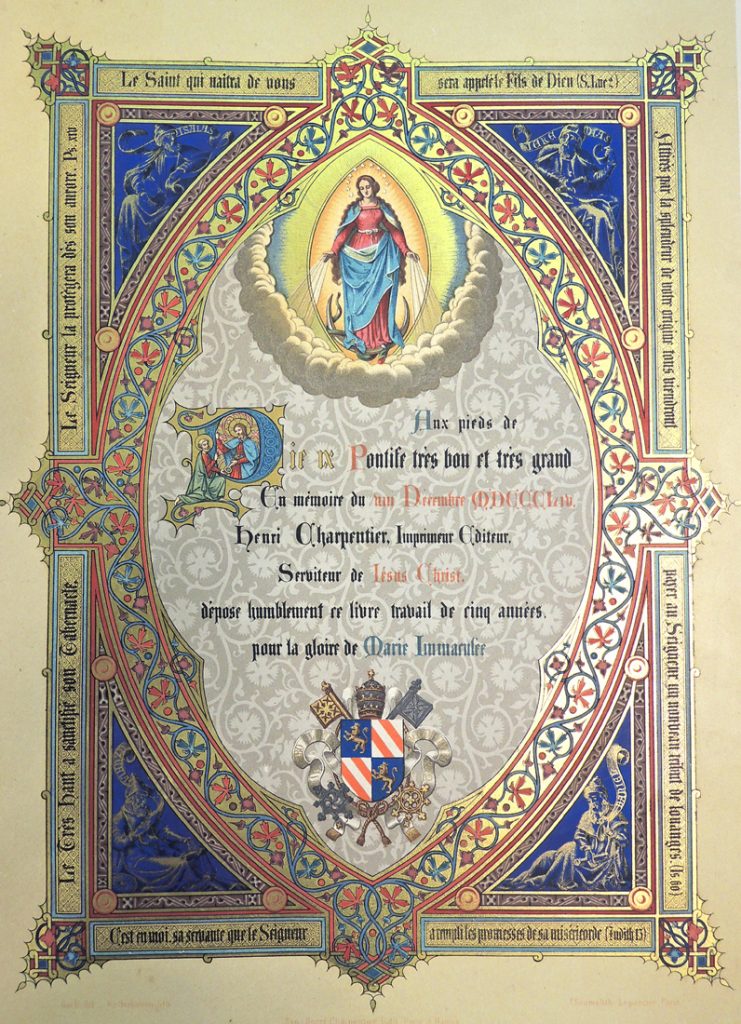 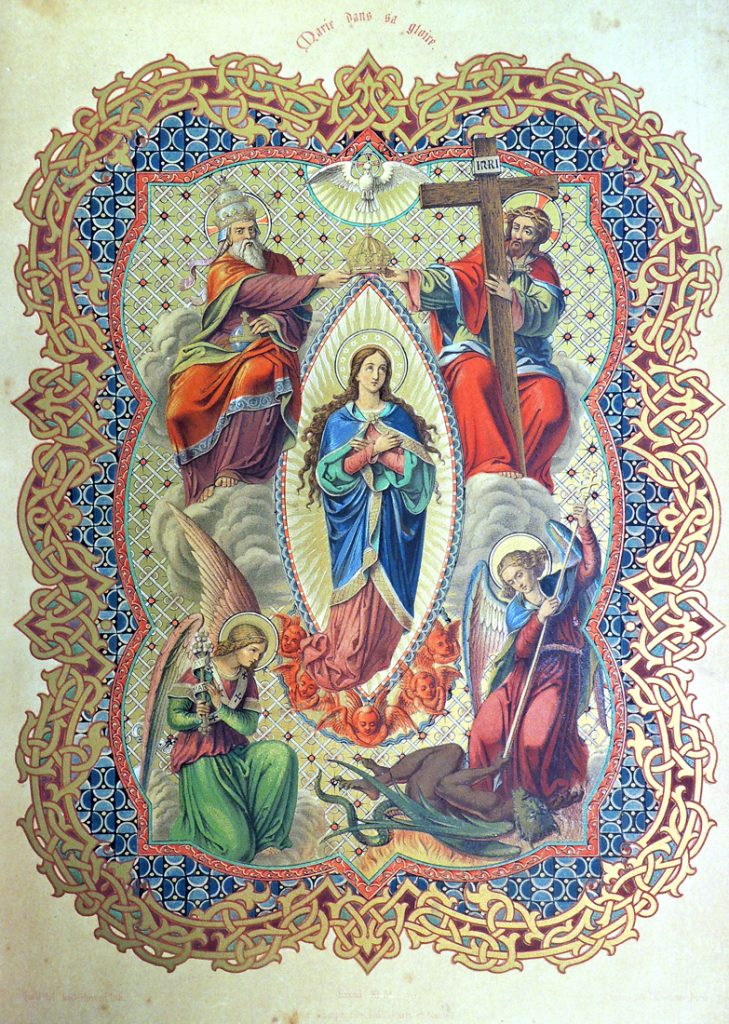 The German printmaker Franz Kellerhoven (1814-1872) was living in Paris in 1859, the year he created the 97 chromolithographs for this pseudo medieval manuscript, titled La vie et les mystères de la Bienheureuse Vierge Marie, mère de Dieu = Life and the mysteries of the Blessed Virgin Mary, Mother of God. The British Museum identifies them as oleographs, or chromolithographs printed with an oil-based ink to replicate the look of a painted illumination.

Although the text was written by Arthur Martin (1801-1856), it is usually the Nantes printer/publisher Pierre Henri Charpentier (1788-1854) who receives the most credit for the project. The lithographs were printed at the Paris shop of Lemercier and the text in Nantes, “tirage a la presse a bras” (printed on a hand-worked press). 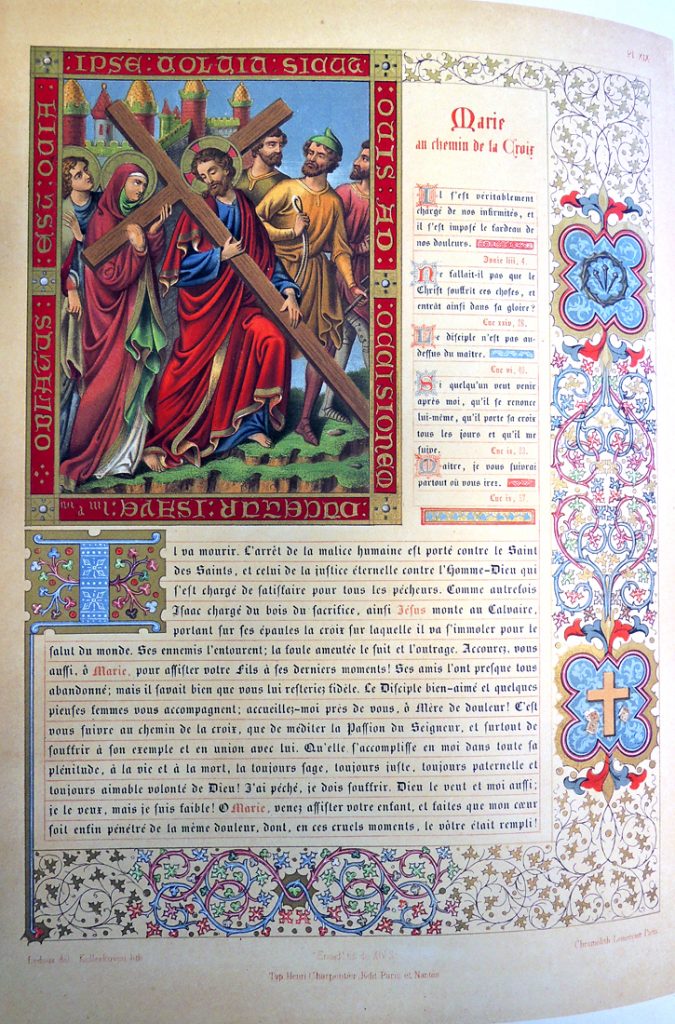 It is interesting that similar facsimiles were produced in installments over several years, not unlike a Dickens novel. Subscribers received a small section of the book as it was being produced. There is no documentation that Charpentier followed that process with La vie, but 97 lithographs from ten stones each (970 passes) would have taken a very long time to complete. Charles Wood III notes that binding directions are found on the final leaf.

Michael Twyman reminds us that Kellerhoven only undertook two major commissions with the French lithography firm of Lemercier & Cie., this being one. “In [this] book he put on stone work that Ledoux, Gsell, and Ciappori had drawn in the spirit of illuminated manuscripts of the seventh to seventeenth centuries . . . The amount of chromolithographic work needed for this publication in such a short period suggests that Kellerhoven must have employed several assistants . . . (A History of Chromolithography, pp. 352-3). 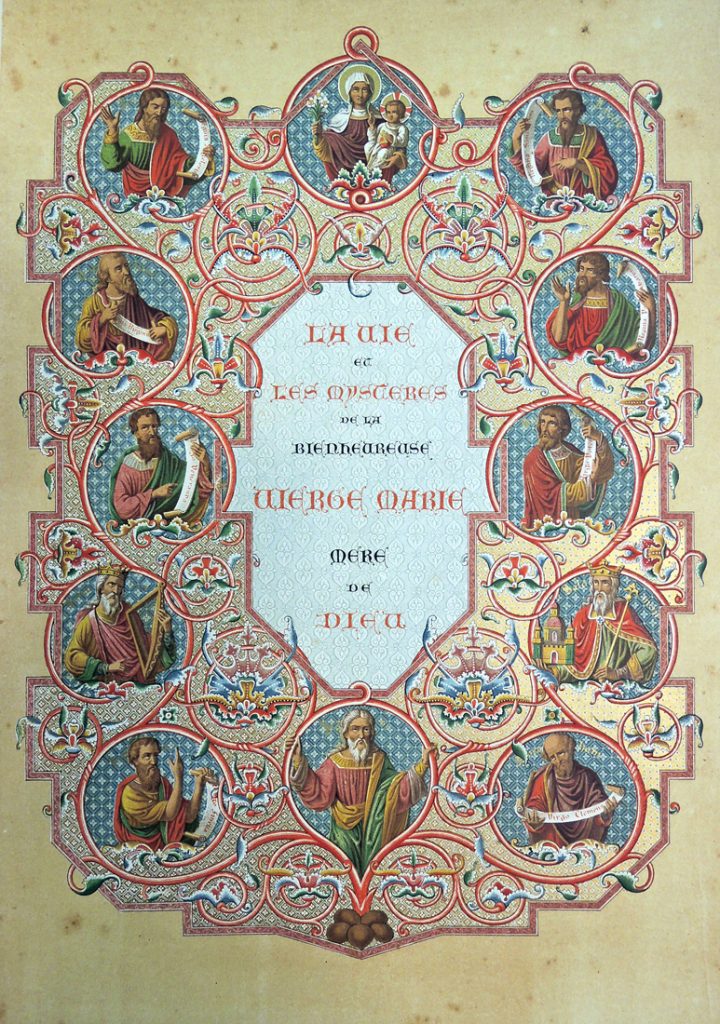 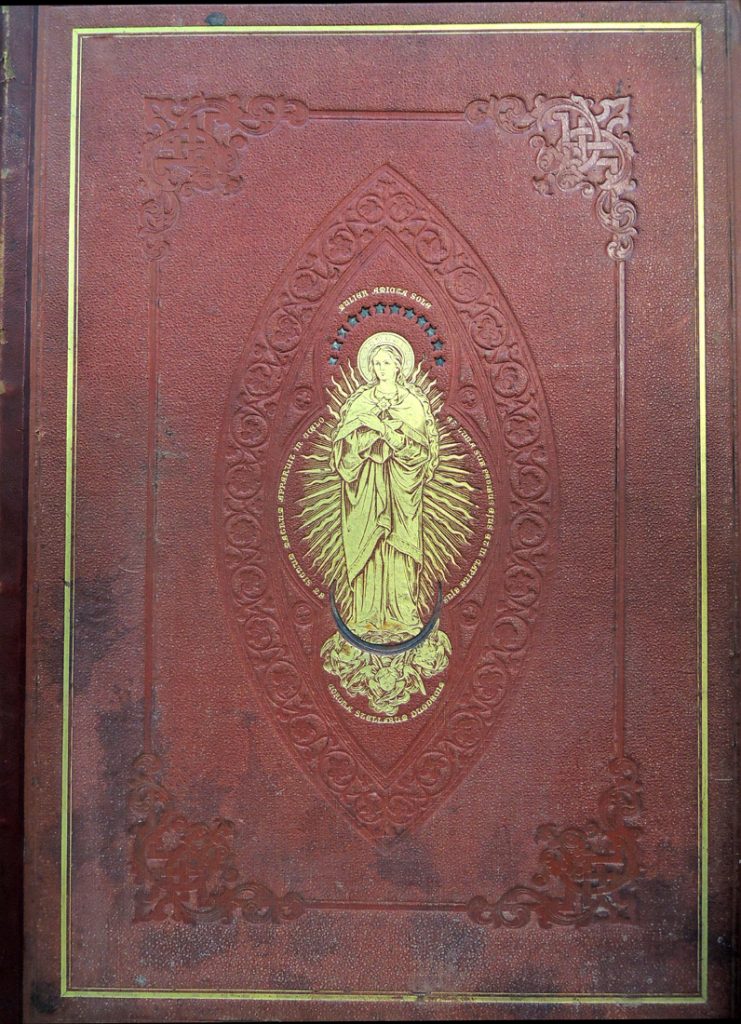 [These digital images were taken under fluorescent lights and are much greener than the original, sorry]