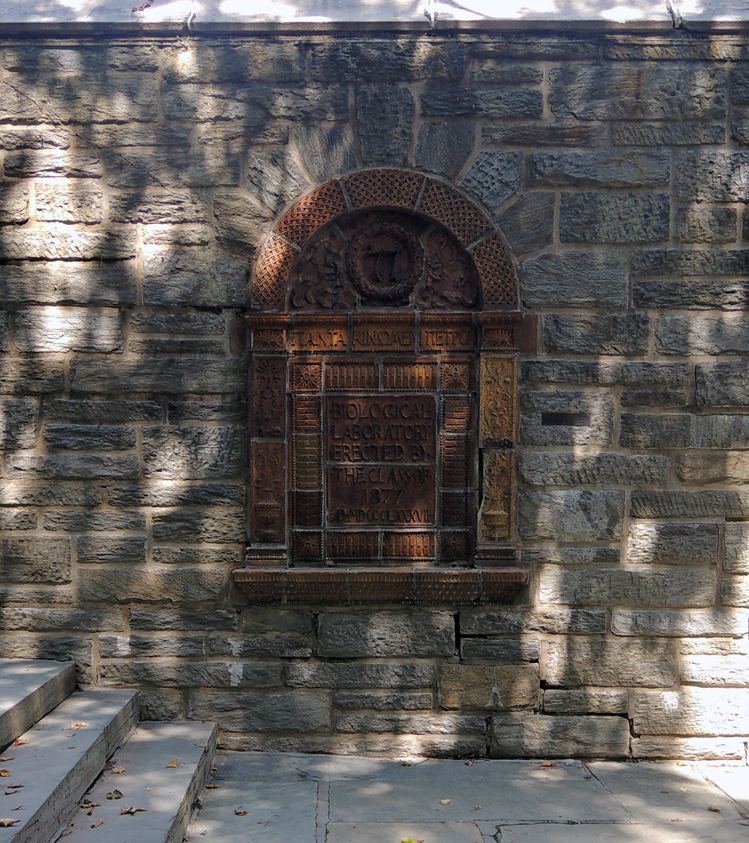 This site was occupied for sixty years by the class of 1877 Biological Laboratory. Here were nurtured generations of students in biology. The plaque at the left was situated above the entrance to the Laboratory. 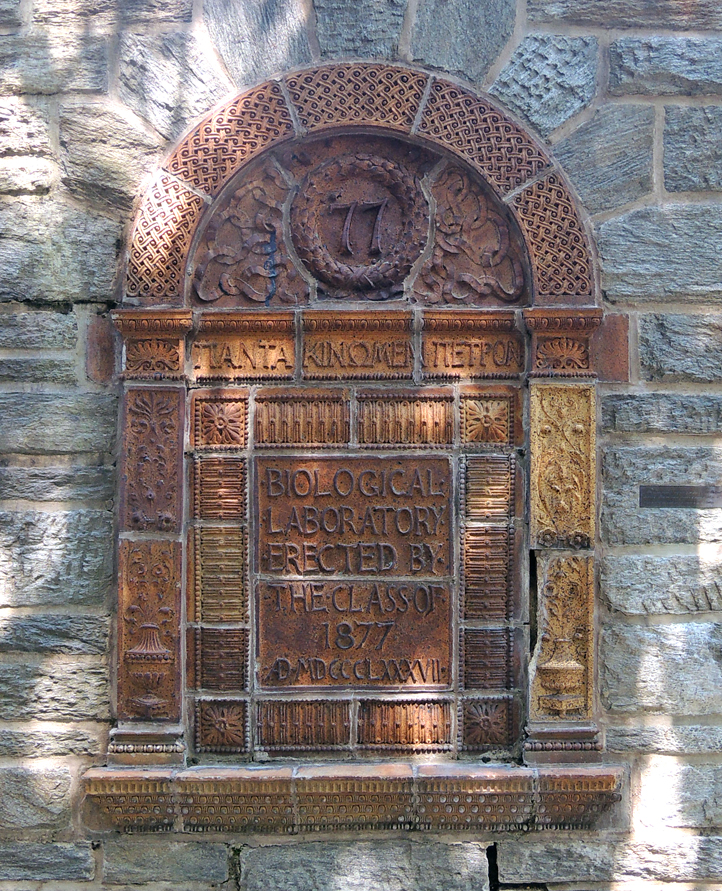 Princeton’s biology laboratory, donated by the Class of 1877 at its tenth reunion, was demolished in the summer of 1946. This terra cotta plaque from the second floor was saved and embedded in Firestone Library’s south wall. Harry Osborn is quoted in Fifty Years of Princeton ’77, describing the Greek quote on the plaque:

The motto of our Class was “Panta Kinomen Petron.” We have always laughed at that motto, and it has been paraphrased by such a learned and godless man as Billy Dunning. Some part of our success, the great keynote of movement in this world, is to turn over a stone and see what is under it — what we can do. In other words, education stands for a great many different things, but the keystone of education is construction, is to build up, is to build something new, and that has been the spirit of 1877. Construction is the idea — building up, not tearing down. That is the great secret of human progress. Our Class motto enjoins us to leave no stone unturned, but to build, in everything in which we are engaged — to build for truth, to build for science, to build in politics, to build in literature, to build in philosophy, and to build especially for old Princeton.