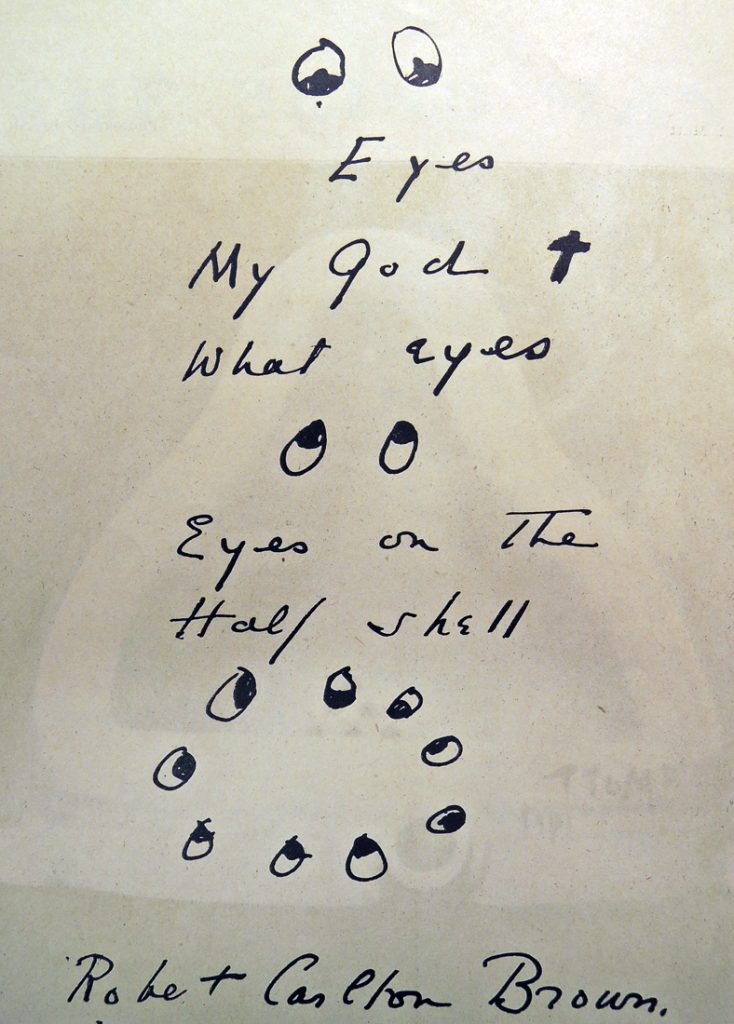 Although it is one of the most sited modern publications, The Blind Man is also one of the most difficult to find. Princeton has only the second issue (of two). The same is true for the issue posted over at The International Dada Archive at the University of Iowa Libraries. Founded in 1979 as part of the Dada Archive and Research Center, the website includes books, articles, microfilmed manuscript collections, video and sound recordings, and more but only issue two of The Blind Man. http://sdrc.lib.uiowa.edu/dada/blindman/2/index.htm

Tout-Fait: The Marcel Duchamp Studies Online Journal: http://www.toutfait.com/issues/issue_3/Collections/girst/index.html, posted the facsimile copies of both issue one and two, along with Rongwrong.

Just to compare, here’s every page of our no. 2 issue. 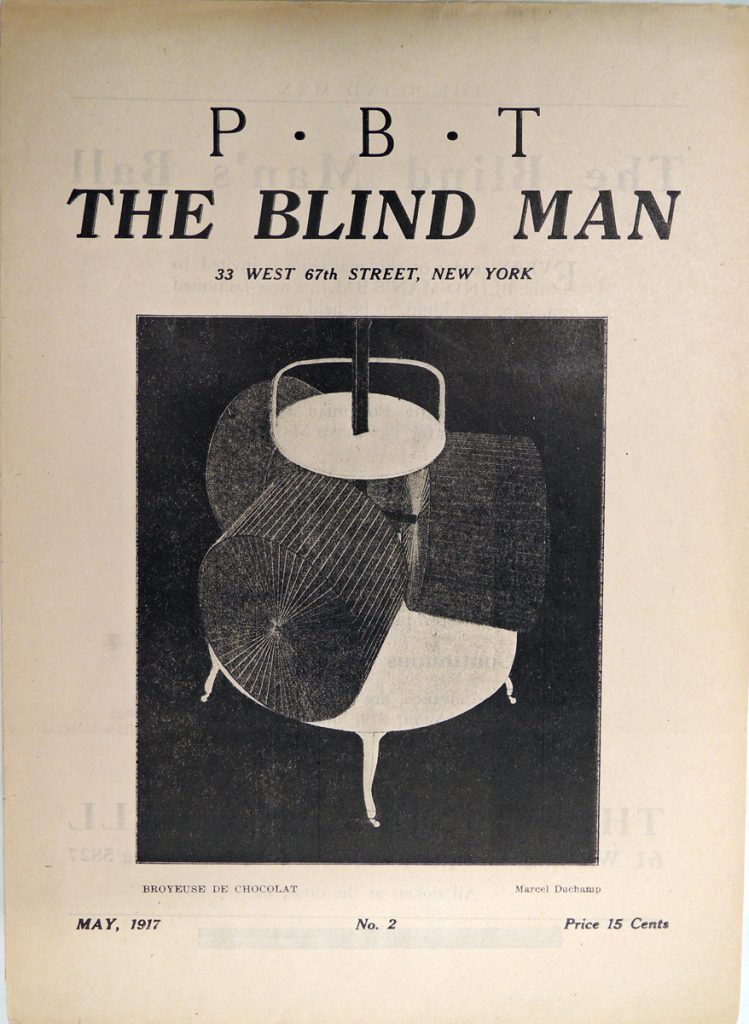 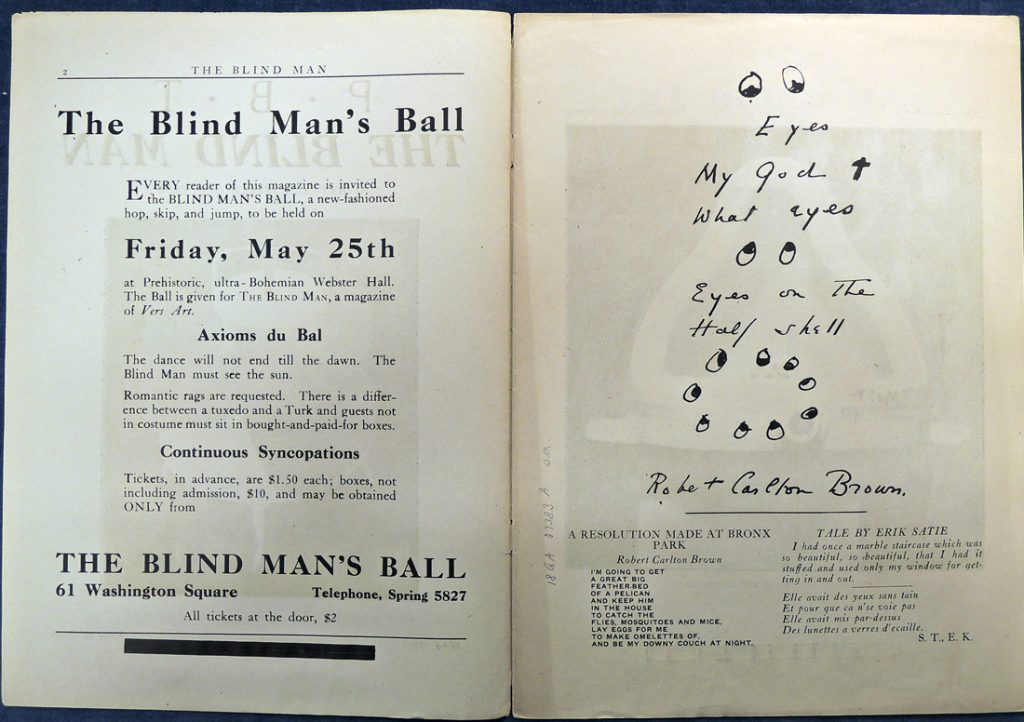 “Bob” Brown (1886-1959) was, among many other things, a visual poet and contributed this piece to his friend’s publication. Between 1908 and 1917, Brown wrote for many magazines and then in 1918, traveled in Mexico and Central America, writing for the U.S. Committee of Public Information in Santiago de Chile. http://www.nytimes.com/2010/04/11/books/review/Schuessler-t.html?pagewanted=all&_r=0 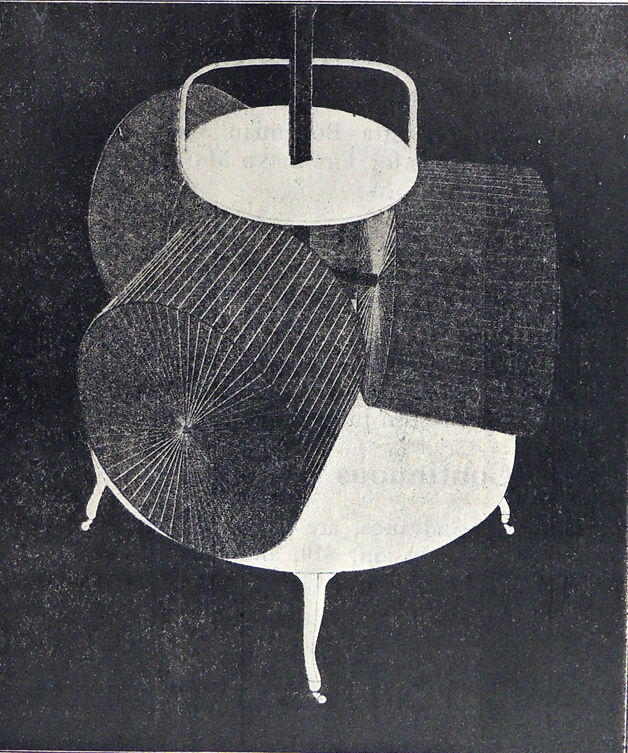 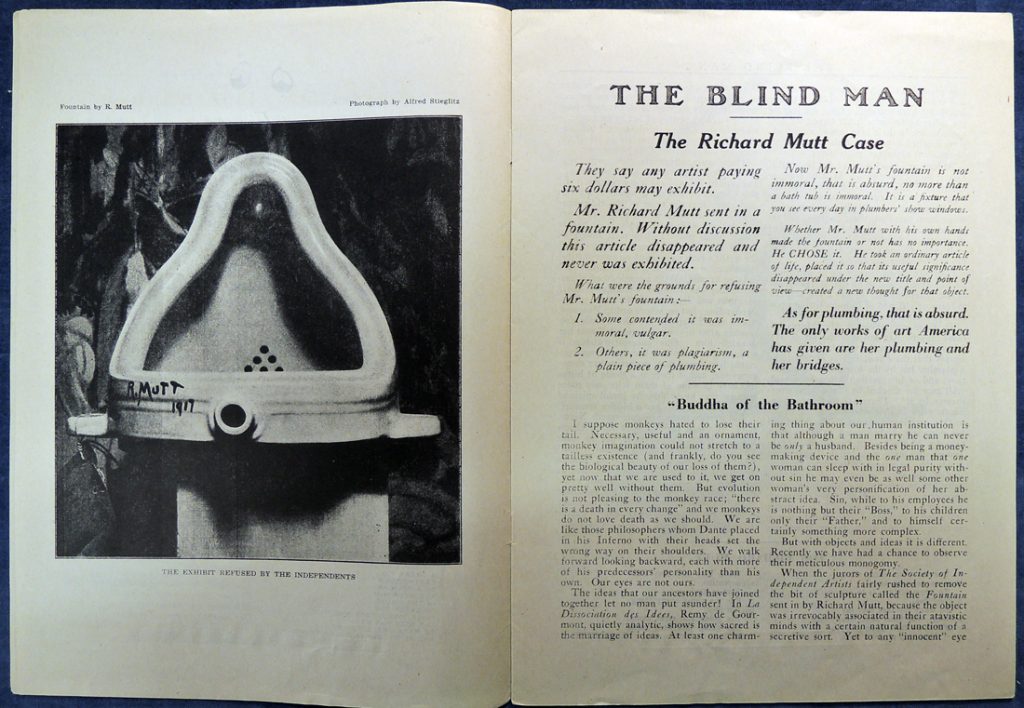 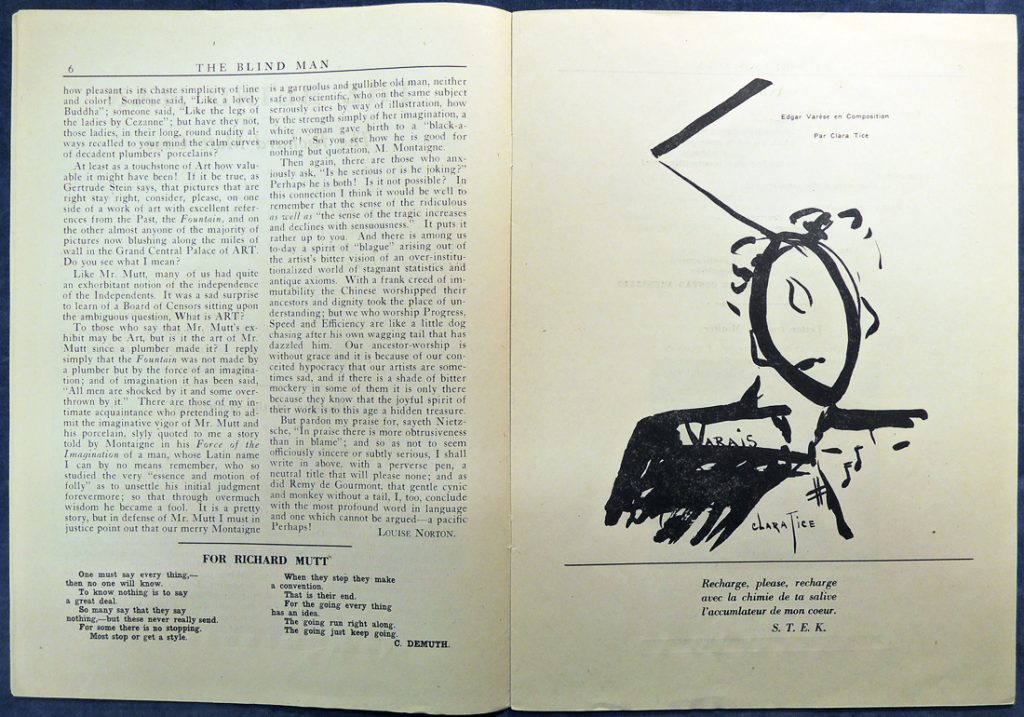 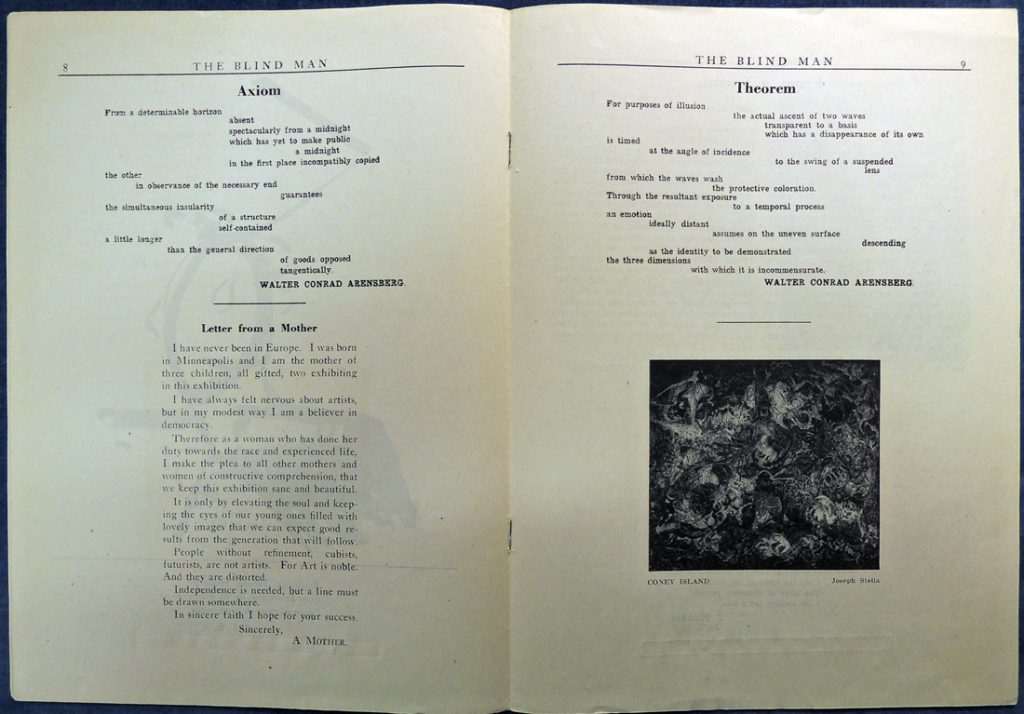 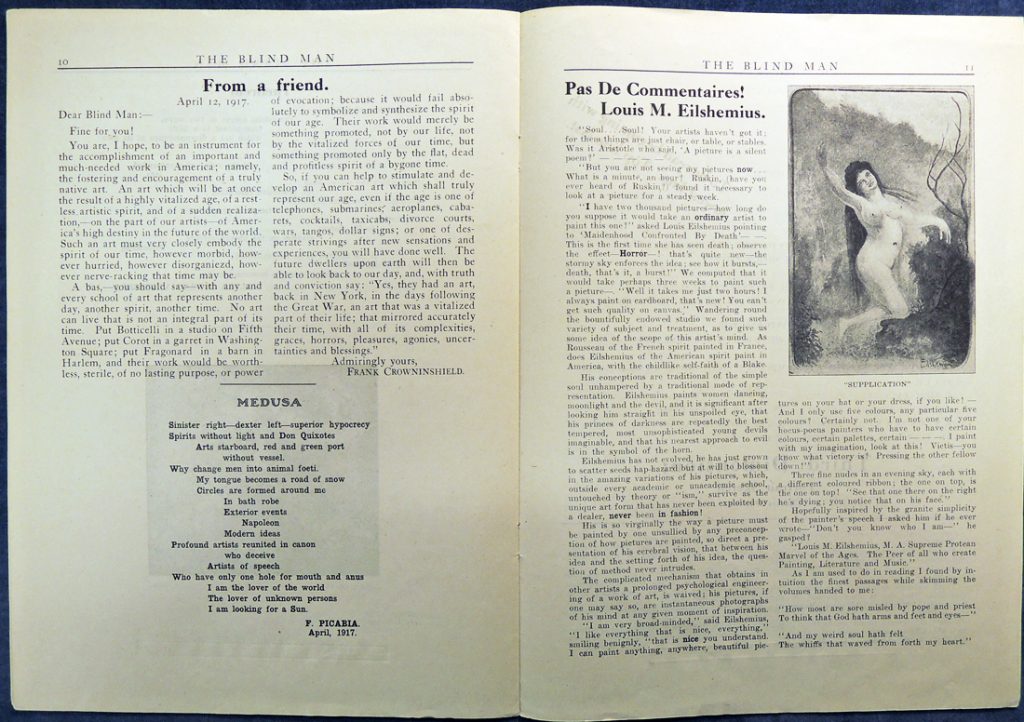 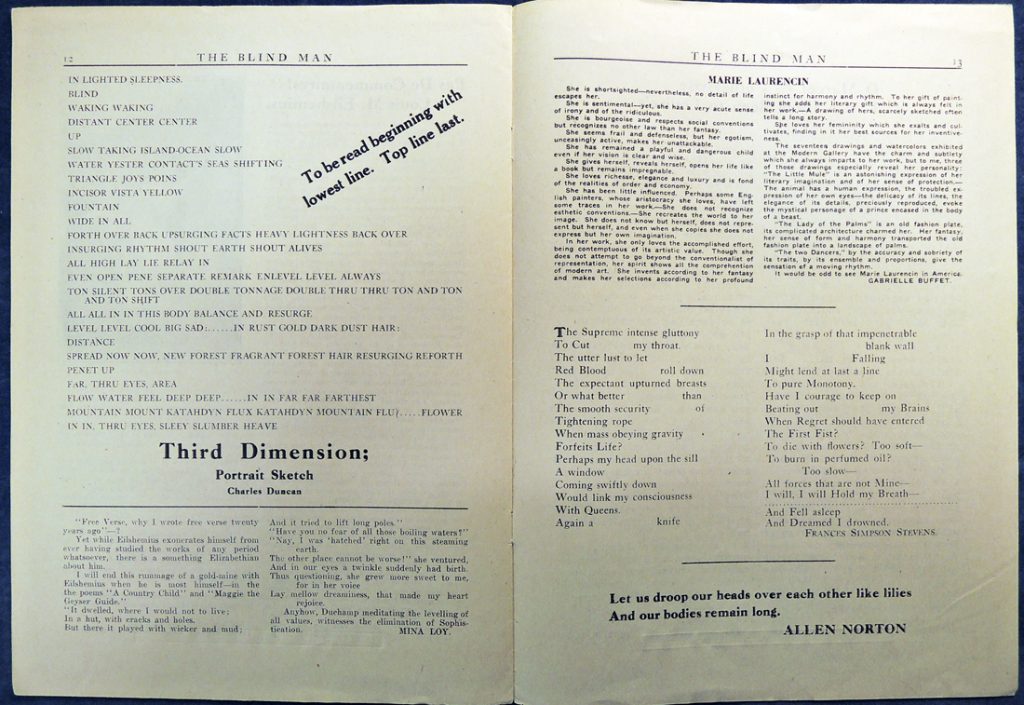 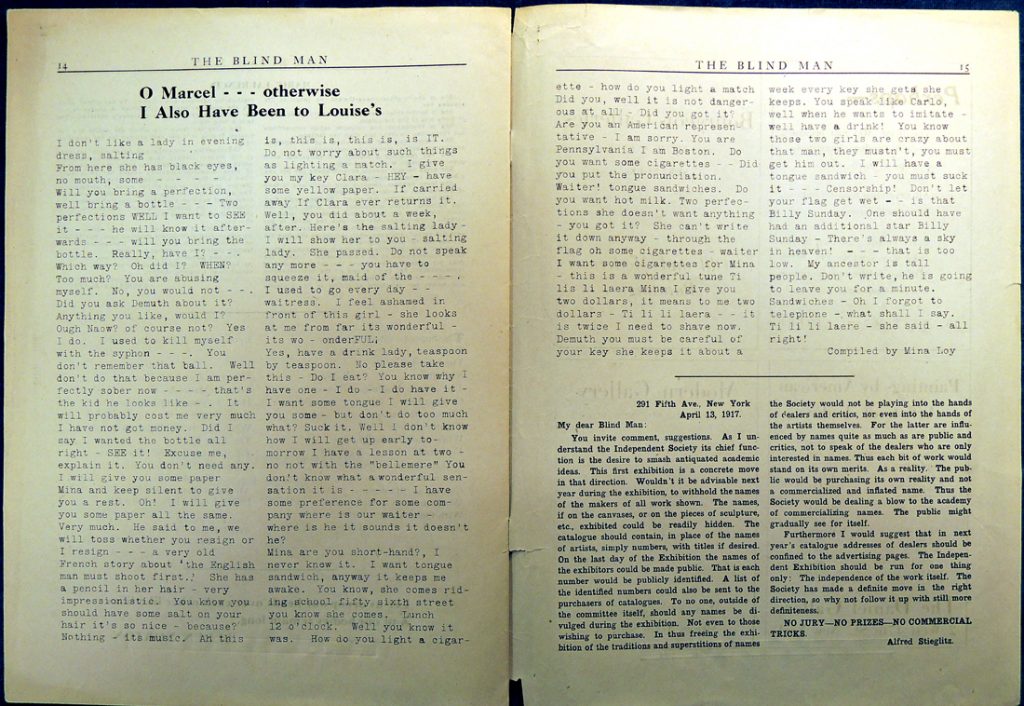 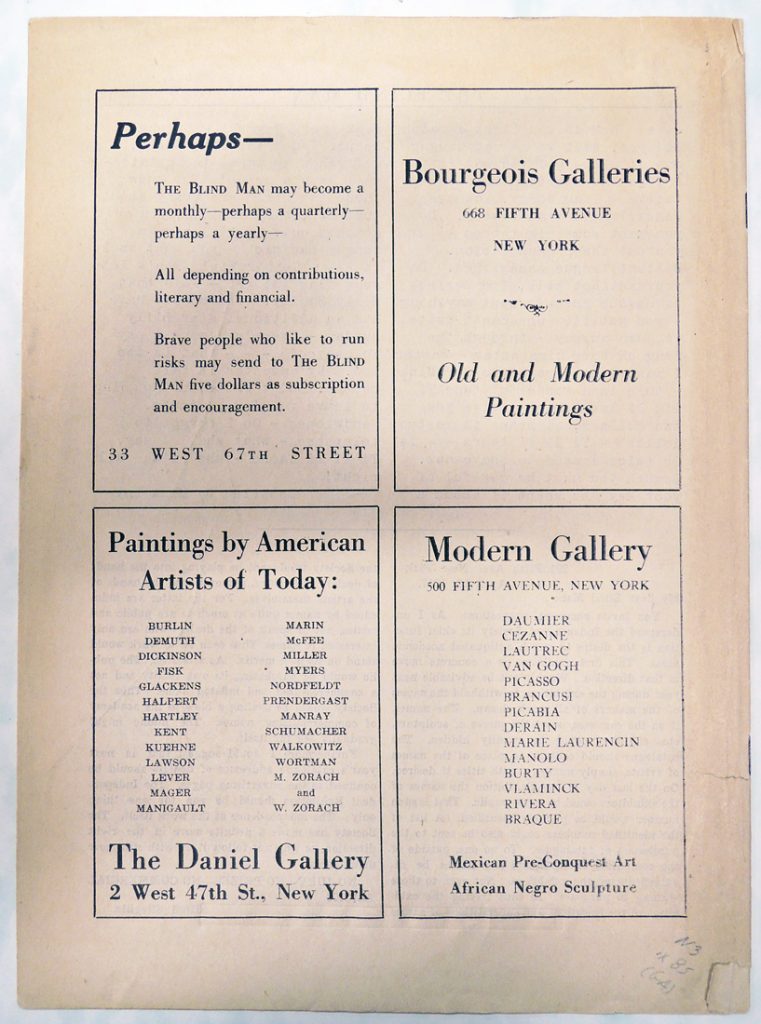 Note the only gallery that was supporting modern American artists at this time was the marvelous Charles Daniel and his Daniel Gallery. Unlike Alfred Stieglitz, Daniel paid for an advertisement to support the magazine and unlike Marius de Zayas at The Modern or Stephan Bourgeois at the Bourgeois gallery, Daniel championed young, contemporary Americans rather than the established European artists. See: http://www.nytimes.com/1994/01/07/arts/review-art-an-early-champion-of-modernists.html