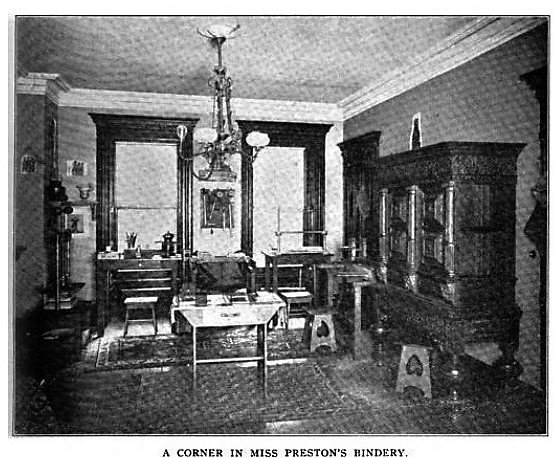 The artisan bindings of Emily Preston (1867-195?) were already being reviewed in the November 22, 1901 issue of the Brooklyn Eagle, barely a year after she opened a studio in New York City. Born in Chicago, Preston was recently returned from 15 years in Europe where she studied bookbinding in Switzerland, London, and France. 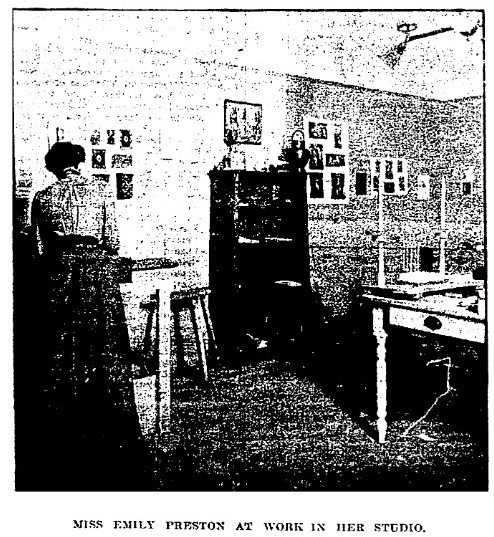 The New York Sun ran a long profile of Preston that was reprinted on January 3, 1902, in the Boston Evening Transcript under the heading “Among the Bookbinders, Some Studies with Masters of the Craft.” It mentions that her first studio was at 127 East 23rd Street, but within a few years Preston opened a bindery with Helen Haskell (Noyes, 1864-1940) in the luxury apartment building known as the St. George at 223 East 17th Street. Each floor at the St. George had only two vast apartments with an elevator between them (later converted to 44 single apartments).

According to ancestry documents, she and Haskell lived and traveled together until Helen’s death in 1940, with the exception of a few years when Helen was married to Charles William Noyes (1854-1921). By the 1920 census, Charles is renting a room on his own.

Both Preston and Haskell studied bookbinding at the Hammersmith shop of T.J. Cobden-Sanderson (1840-1922), although at different times. “I didn’t plunge into the Dove’s Bindery at the start,” Preston told the New York Sun reporter. “I began work in Vevay, Switzerland. I hadn’t the faintest idea of making bookbinding a profession, you know. I only took it up to keep from being bored.” 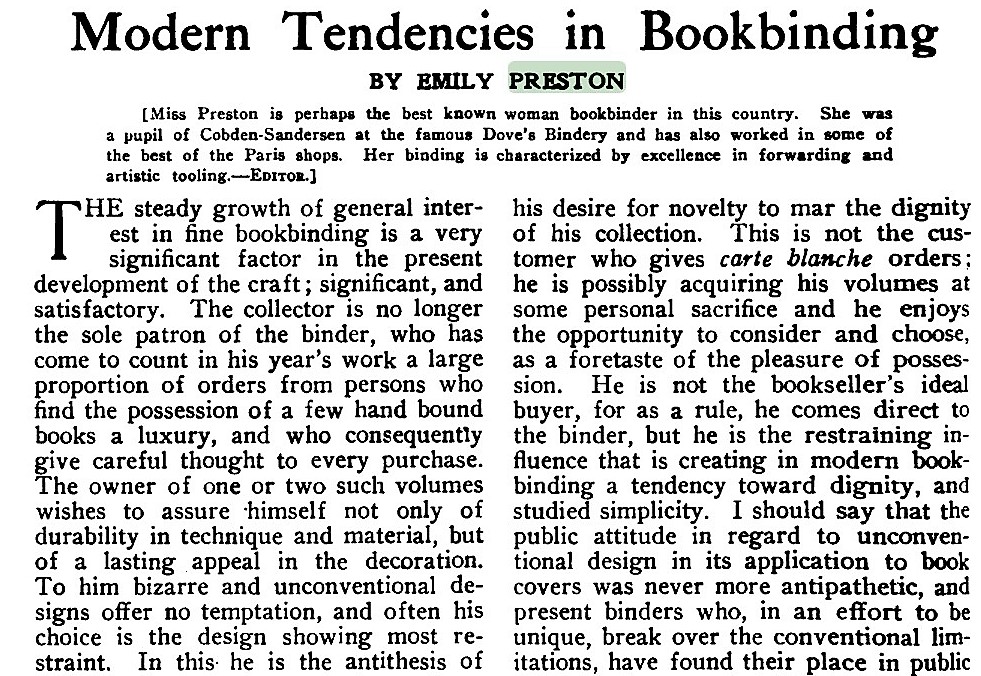 After a few weeks learning the Swiss technique, Preston went on to London and was surprised by Cobden-Sanderson’s insistence that she stay at least one year. But she agreed, paying 500 guineas for tuition. Although there was room for up to three students each year, Preston was alone during her first six month.

“I stayed at the bindery longer than any of the other pupils,” she commented. “At the end of the year I fitted up a studio over the Dove’s Press, which was just being installed [1893], and spent six months there, having special evening lessons from the bindery teachers.”

By 1900, Preston was in New York City, helping to establish an Arts and Crafts Society (Guild of Arts and Crafts) based on the London organization. She agreed to serve as its first president. Several years later, the Society’s division of bookworkers met in Preston’s apartment and voted to form a separate, national Guild of Bookworkers. 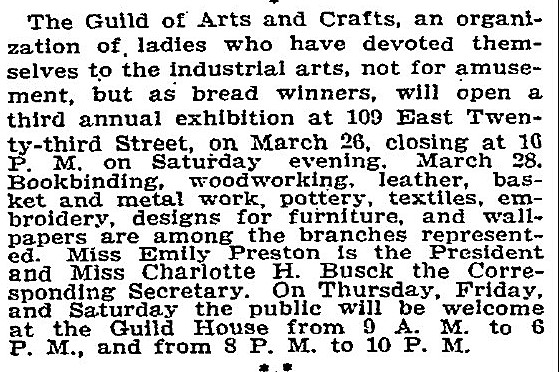 In 1916, both Preston and Noyes were introduced to spiritualism after reading Sir Oliver Lodge’s Raymond, or Life and Death (New York: G.H. Doran, 1916). [Firestone BL1261 .L82 1916]. By 1920, they were practicing spiritualists, communicating with dead relatives through automatic writing. Their book, The Voice from Space: to Emily Preston and Helen Haskell Noyes (New York: Irving Press, 1920), transcribes seven lessons received from “a master,” including text unusually close to Helen’s father’s theories on the benefits of fasting and Emily’s theories on female independence.

Here is a bit of Preston’s introduction: 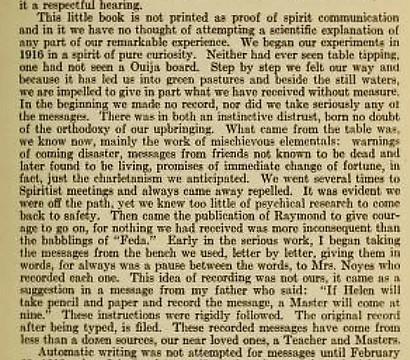 Preston continued to bind books by hand into her 70s, although none are identified in OCLC or at Princeton.

The Medium Exposed? Or, a Modern Spiritualistic Séance (1906) | BFI.