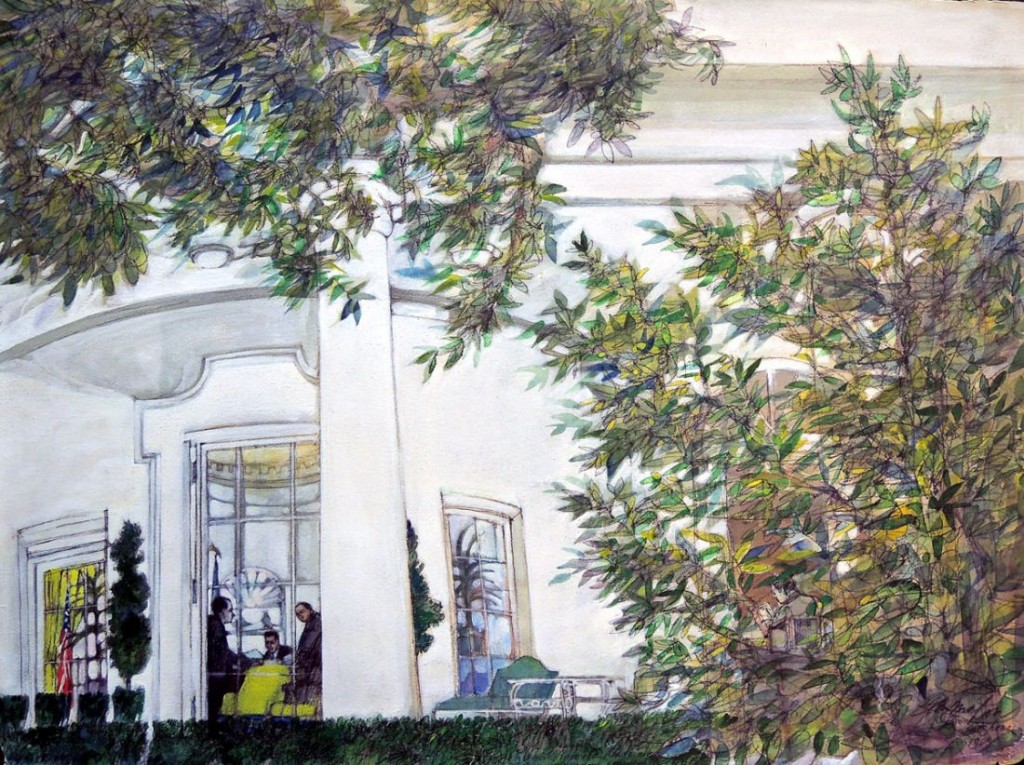 Artist and reporter Franklin McMahon produced a series of documentary films in art that were aired on WBBM Television, Chicago and nationwide on CBS and PBS. The Portrait of an Election was a series of one-hour films using art and sound to document the national primaries, the Democratic and Republican conventions, and the presidential political campaigns.

McMahon’s painting seen above, now in the Graphic Arts Collection, was used in Portrait of an Election 1972, which received an Emmy for editing and an Emmy for best documentary.  The entire series won a Peabody Award for McMahon. 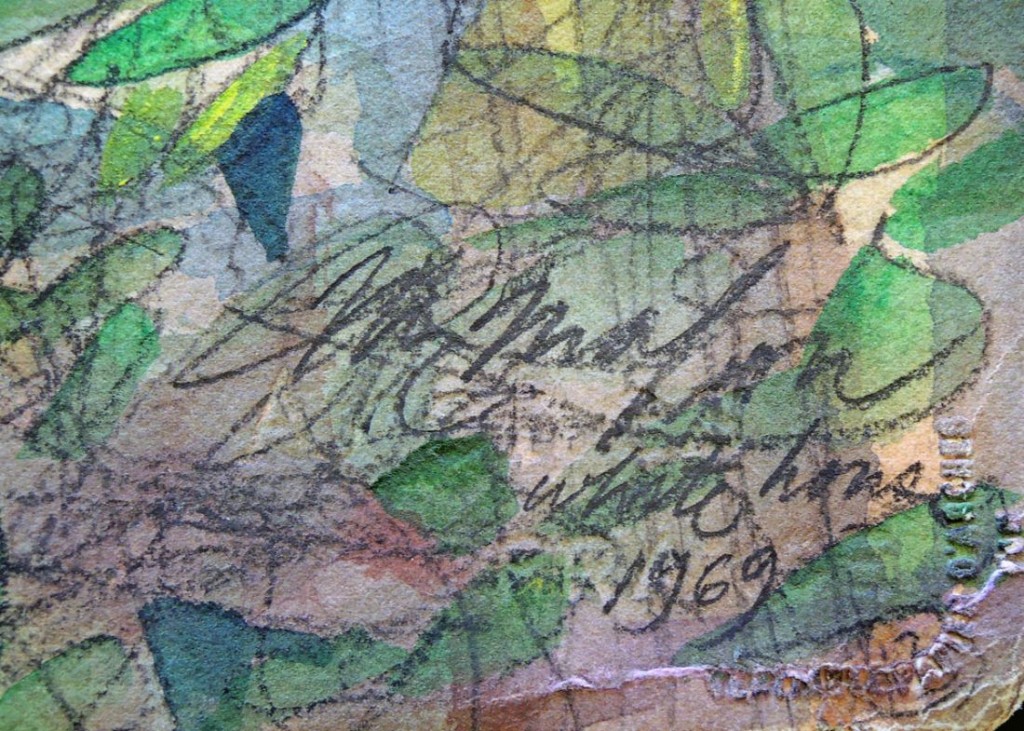 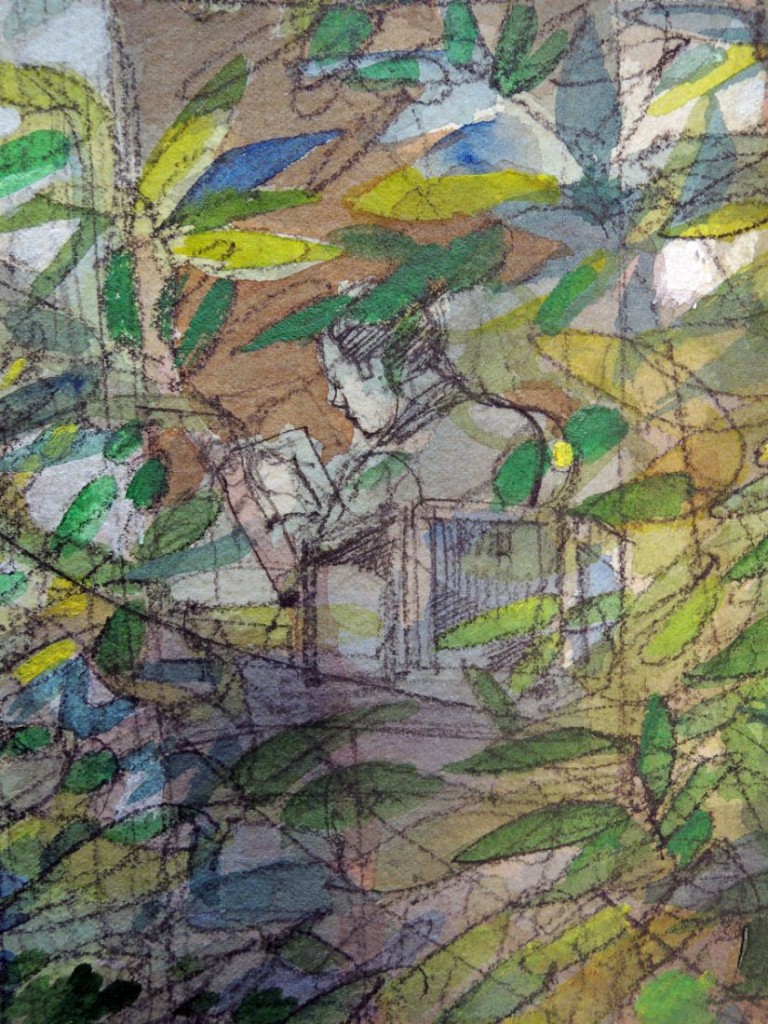 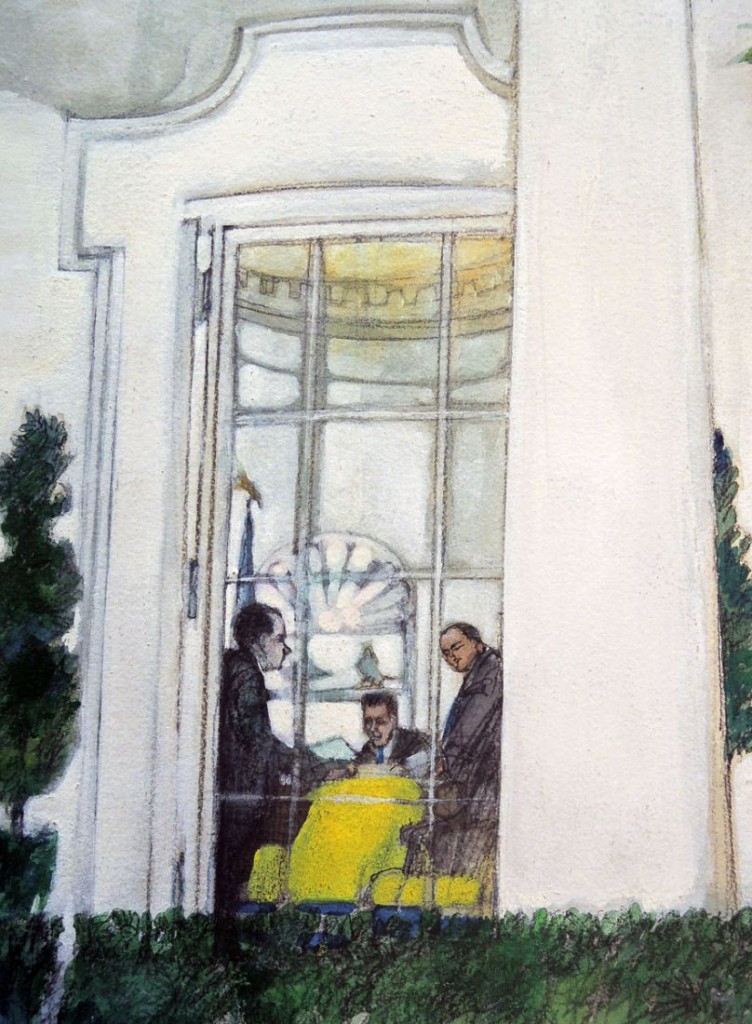 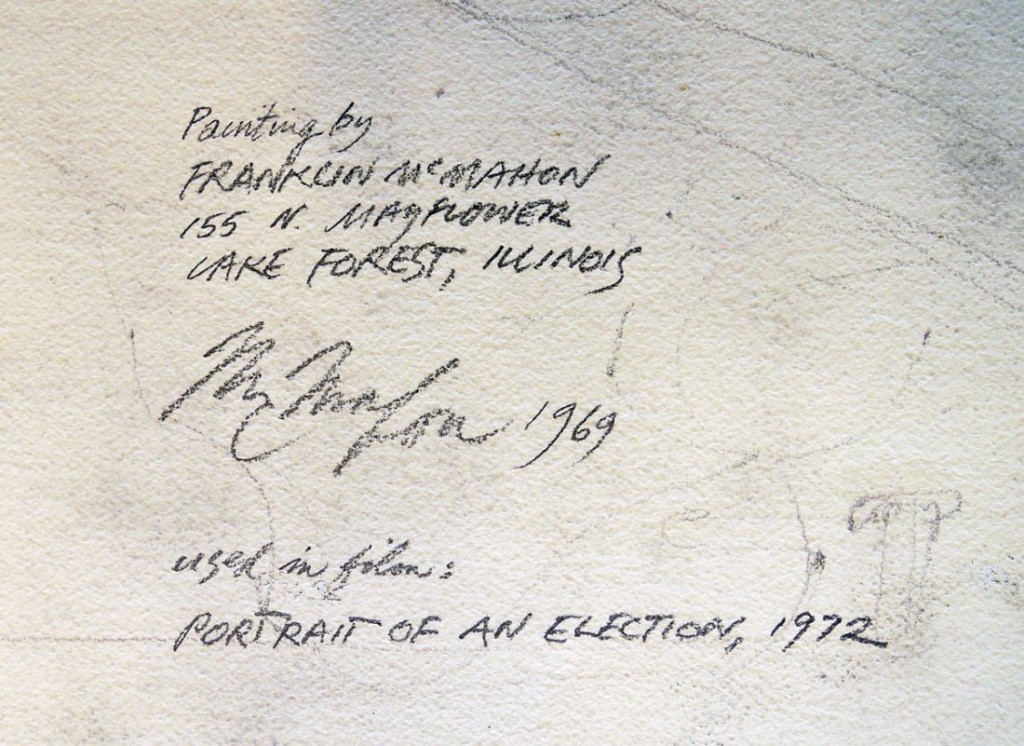