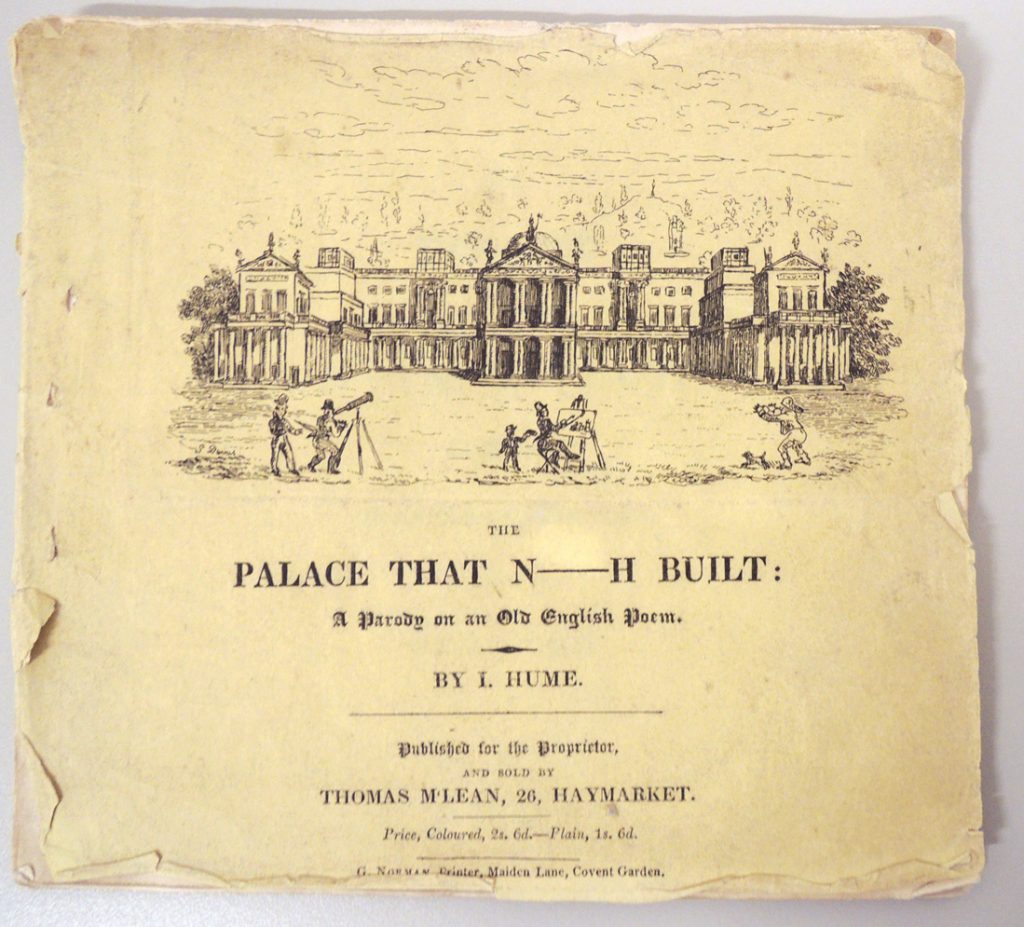 “These are the wings which by estimate round
Are said to have cost forty thousand pound,
And which not quite according with Royalty’s taste,
Are doom’d to come down and be laid into waste.” 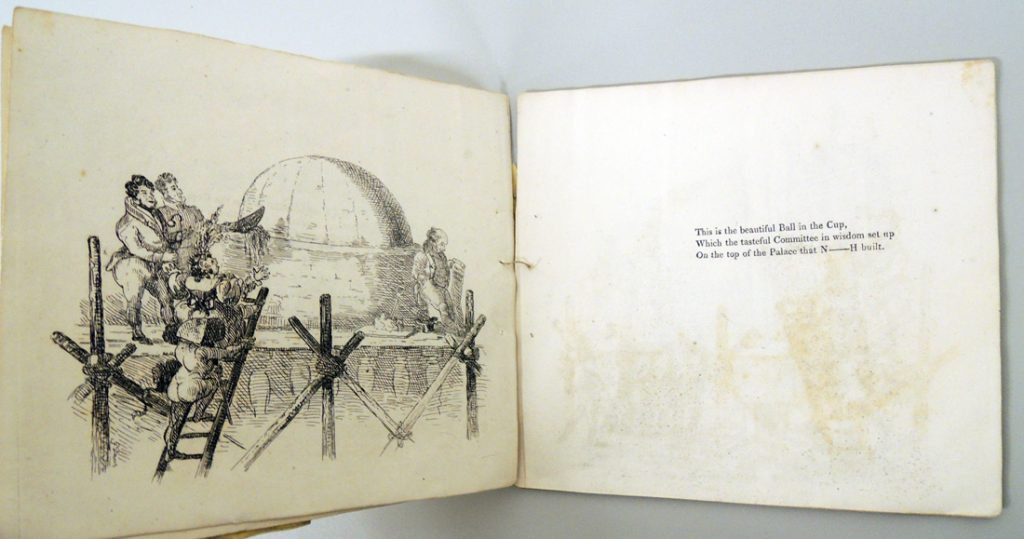 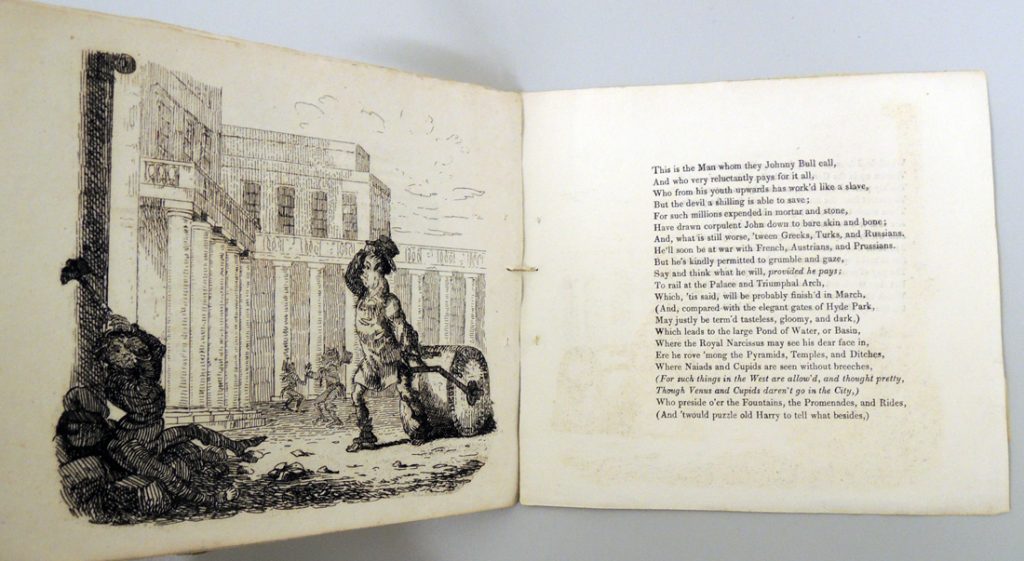 “This parody of the popular nursery rhyme ‘The House that Jack built’ is a satire on George IV’s huge expenditure of public money on the conversion of Buckingham House into Buckingham Palace (begun 1825), and the apparent venality and incompetence of John Nash, the architect responsible. Although a Select Committee of the House of Commons had exonerated Nash of any professional misconduct in 1828, the issue of the spiraling costs of George IV’s new palace remained a national scandal until the King’s death in 1830 and Nash’s replacement by Edward Blore in 1832.

The pamphlet is printed in the style and format of a typical children’s rhyme book of the period. ‘I. Hume’ has not been identified and may be a pseudonym. [British Architecture Library’s] Early Printed Books suggests that either the author may have been Joseph Hume (1767–1843), a clerk at Somerset House who translated Dante’s Inferno (1812), or that the attribution is a topical reference to the well-known radical politician Joseph Hume MP (1777–1855), a prominent and outspoken critic of government overspending. The latter possibility seems more likely. The satirical illustrations are etched in the manner of George Cruikshank; most are just legibly signed ‘G. Davies’.” — From the John Soane Museum http://collections.soane.org/b10093