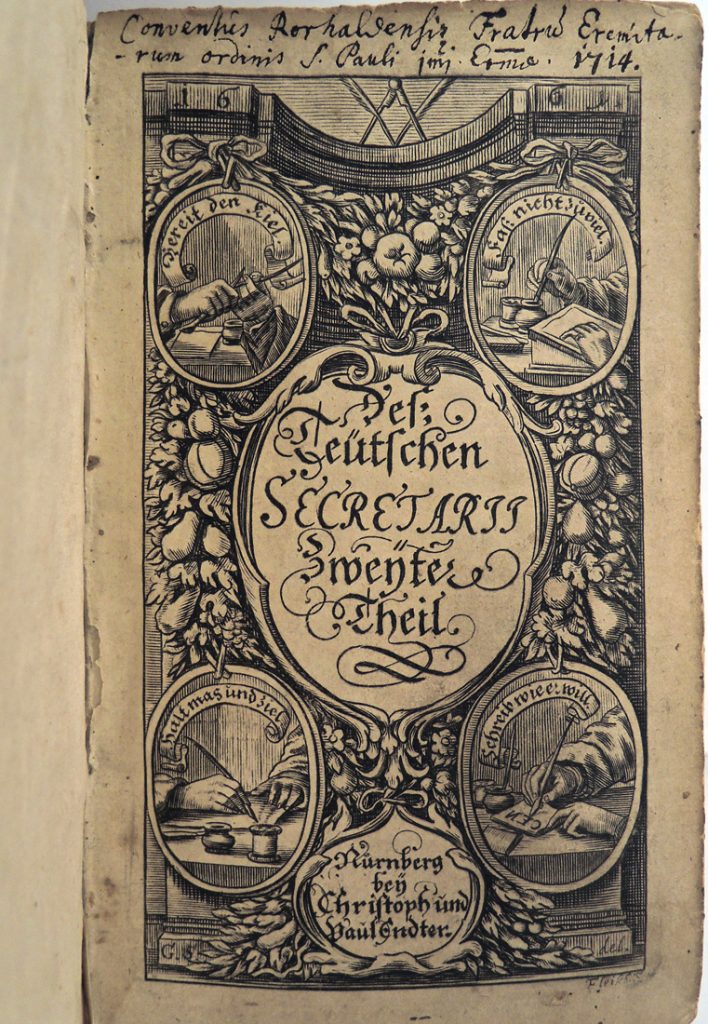 “Known as der Spielende (the Playful One) in Germany’s leading intellectual society, . . . Georg Philipp Harsdörffer (1607-58) was one of the most influential advocates of German in the seventeenth century. He intended Der Teutsche Sekretarius (The German Secretary), as a reference tool for chancery as well as private use.”—Camden House History of German Literature (2001).

The Graphic Arts Collection recently acquired part two of Harsdörffer’s popular manual for letter writing. Over 700 pages offer instruction in grammar, spelling, semantics, petitioning, composing official forms, and examples of personal communication. We learn how to write a letter of apology for being drunk and one describing the virtues and vices of men verses animals. 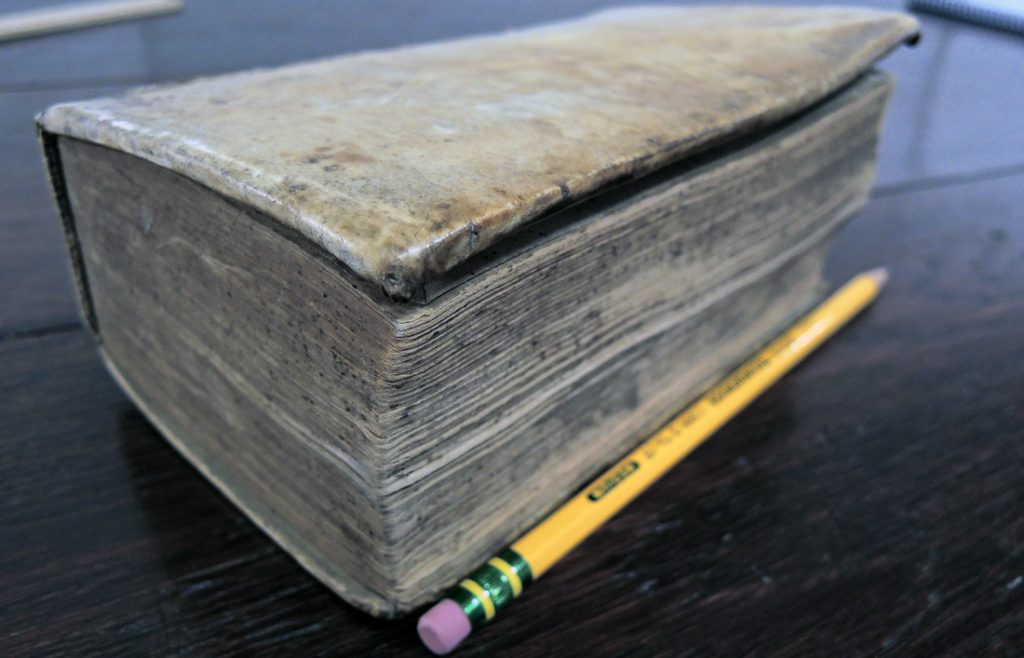 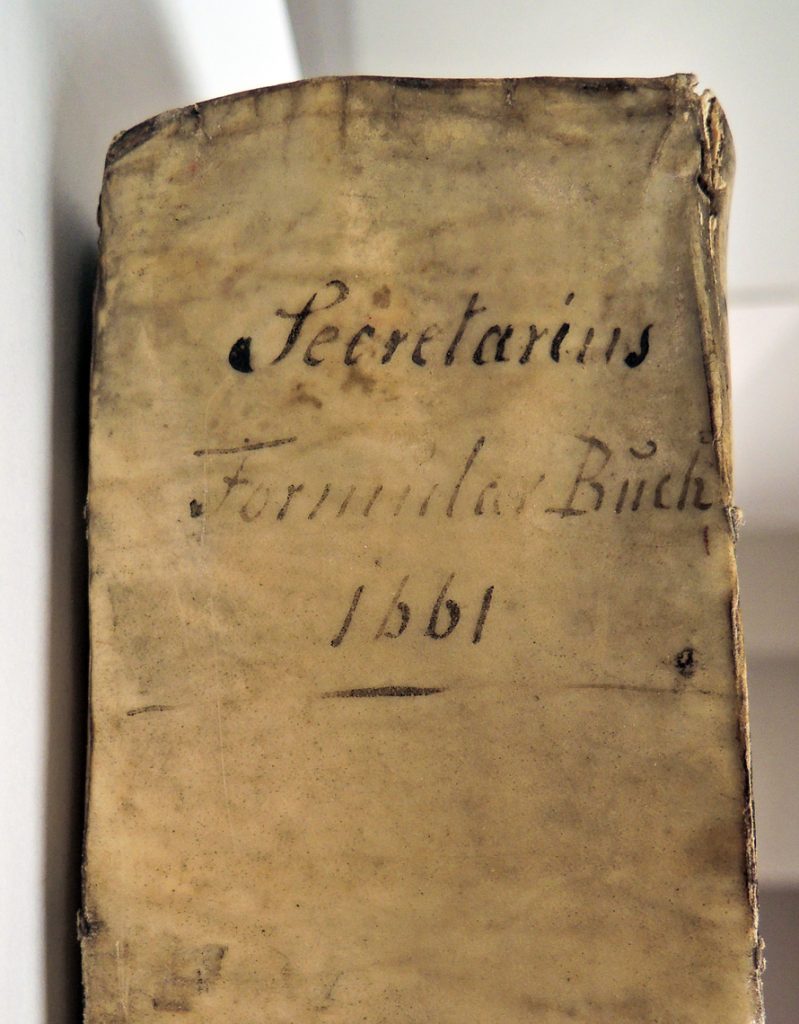 The decorative title page was engraved by Johann Friedrich Fleischberger (1631-1665) after Georg Strauch (1613-1675), both Nuremberg natives who collaborated on a number of projects. In particular they designed and printed a broadside on “the trivial importance, time, and maximum desired importance of eternal goods,” entitled Christiche Betrachtung, with verse attributed to Harsdörffer. 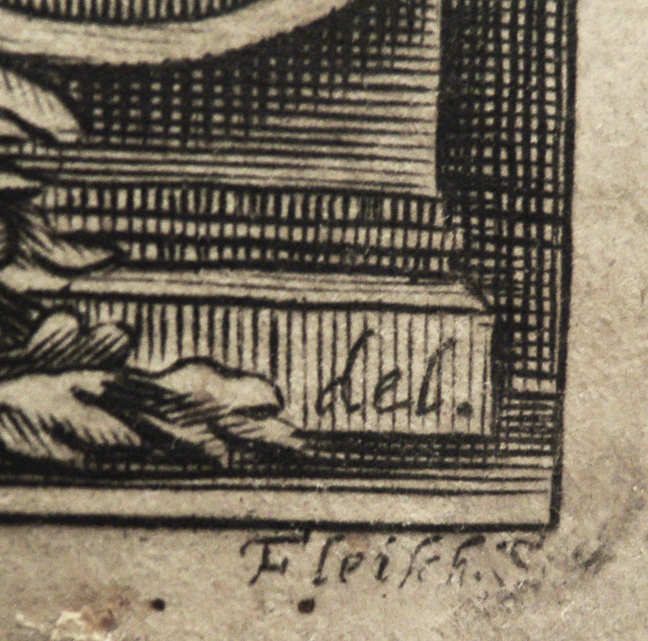 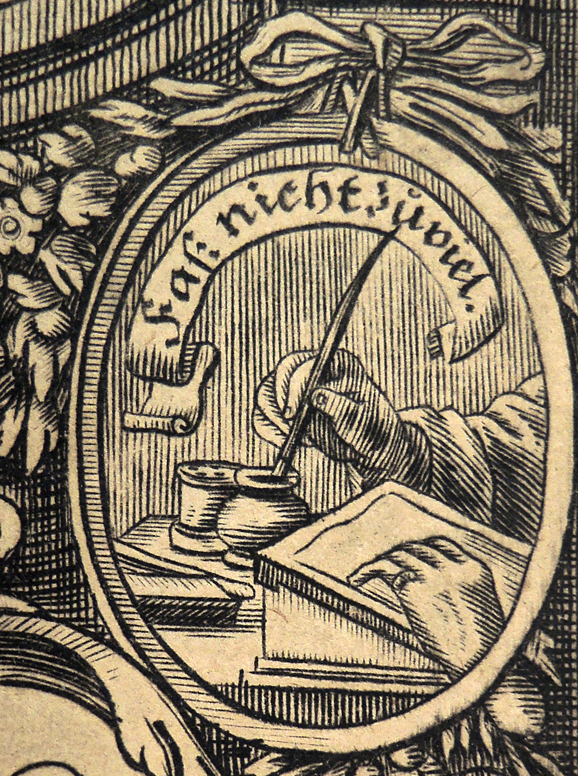 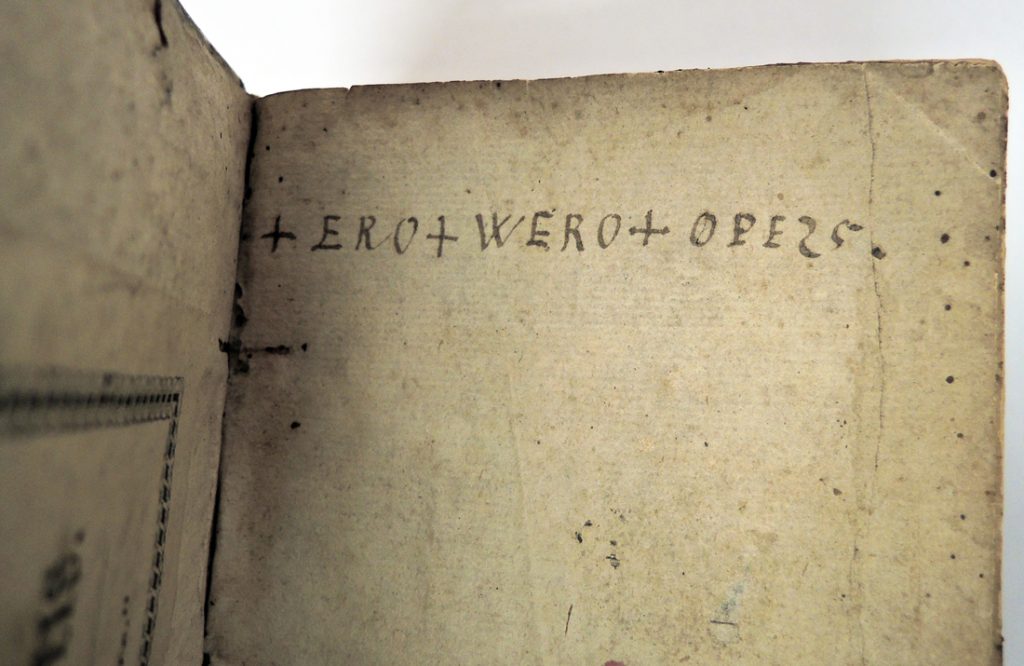 A code appears on the front leaf: +ERO+WERO+OPE25. This has been translated as “I shall be, I shall drink freely, I shall busy myself.” Uvero is the future tense of uveo, which is apparently a variant of uvesco.
According to Lewis & Short, uvesco is “to moisten or refresh one’s self, i.e. to drink freely, to tipple.”
The verb uvesco is used by Horace in one of his Sermones, in the context of drinking wine at a banquet.