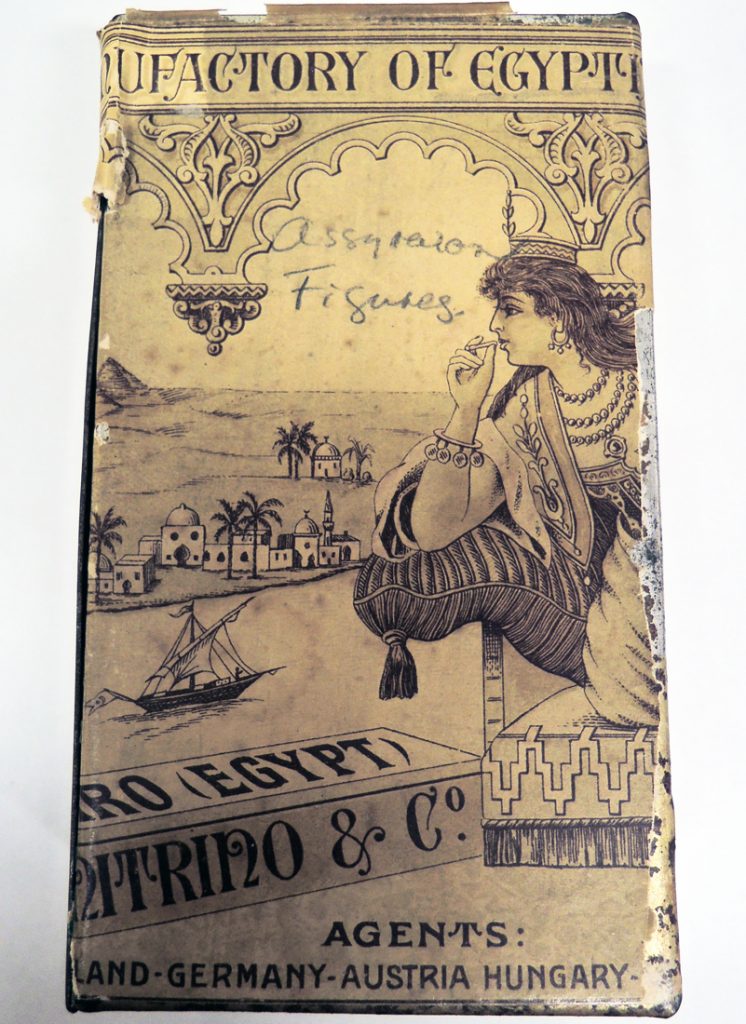 This tin canister for Dimitrino’s Egyptian Cigarettes might have been collected by the Graphic Arts Collection for the decorative printed label. 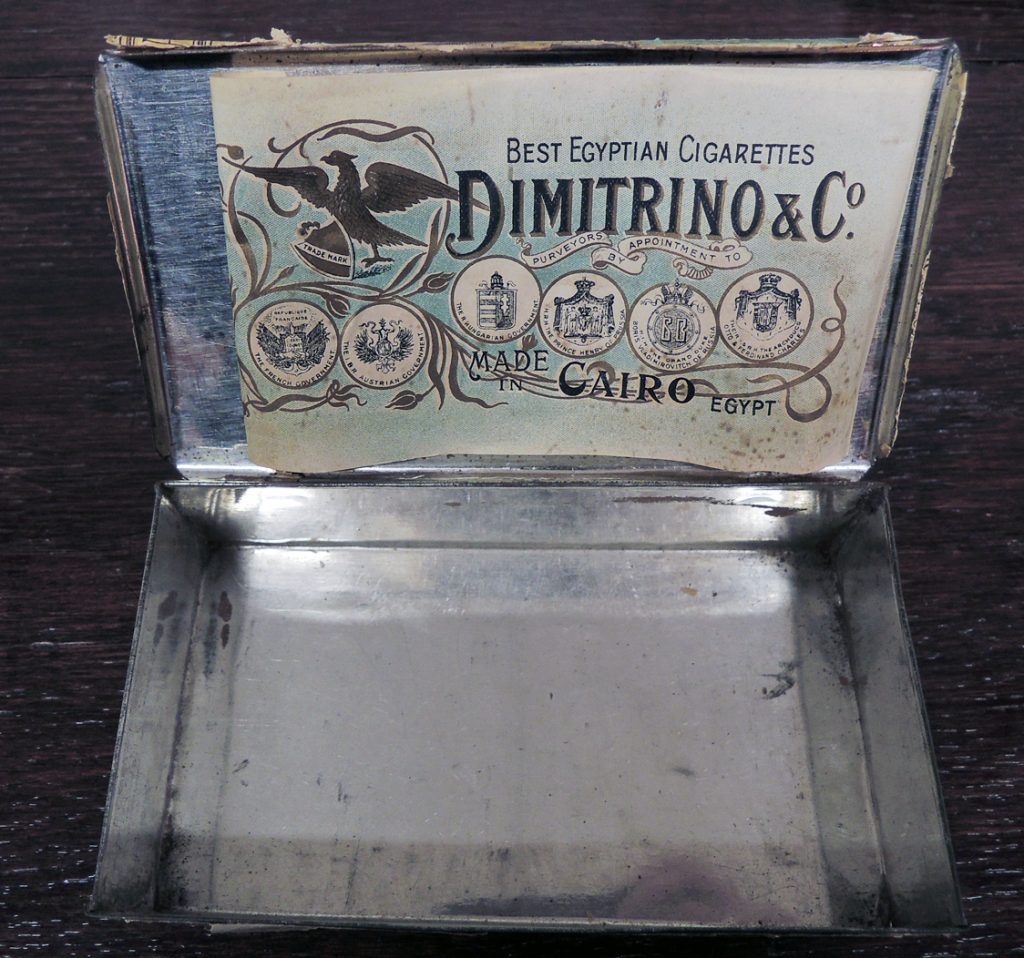 “Around the mid-19th century, the cigarette, the latest fashion in tobacco consumption, gained popularity in Egypt, as it did globally and throughout the Ottoman Empire. Some fifty years later, the cigarette had become the predominant smoking preference in Egypt, and luxury Egyptian cigarettes were being exported around the world. Indeed, Egyptian and Turkish brands played a significant role in introducing cigarettes to different parts of the globe and thus in shaping world cigarette production.”– Relli Shechter, “Selling Luxury: The Rise of the Egyptian Cigarette and the Transformation of the Egyptian Tobacco Market, 1850-1914,” International Journal of Middle East Studies, 35, no. 1 (February 2003): 51-75.

However, when we finally figured out how to open the can, we found it was in the Graphic Arts Collection as the housing for type elements with Assyrian figures. See below: 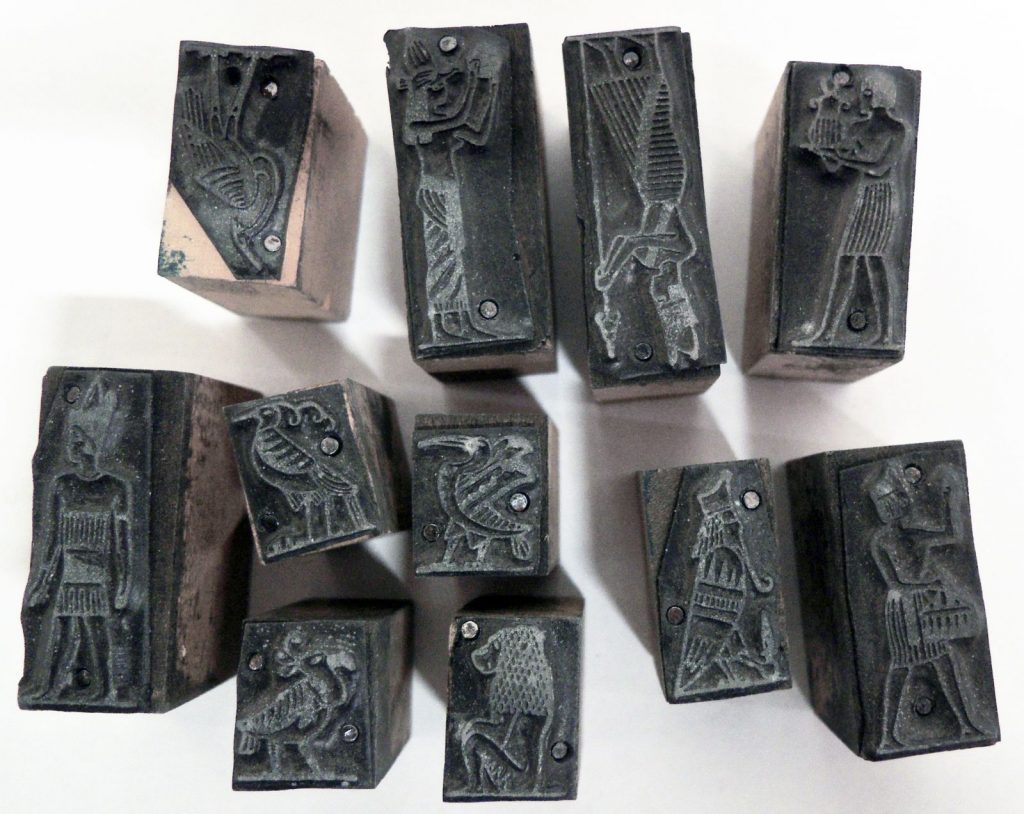