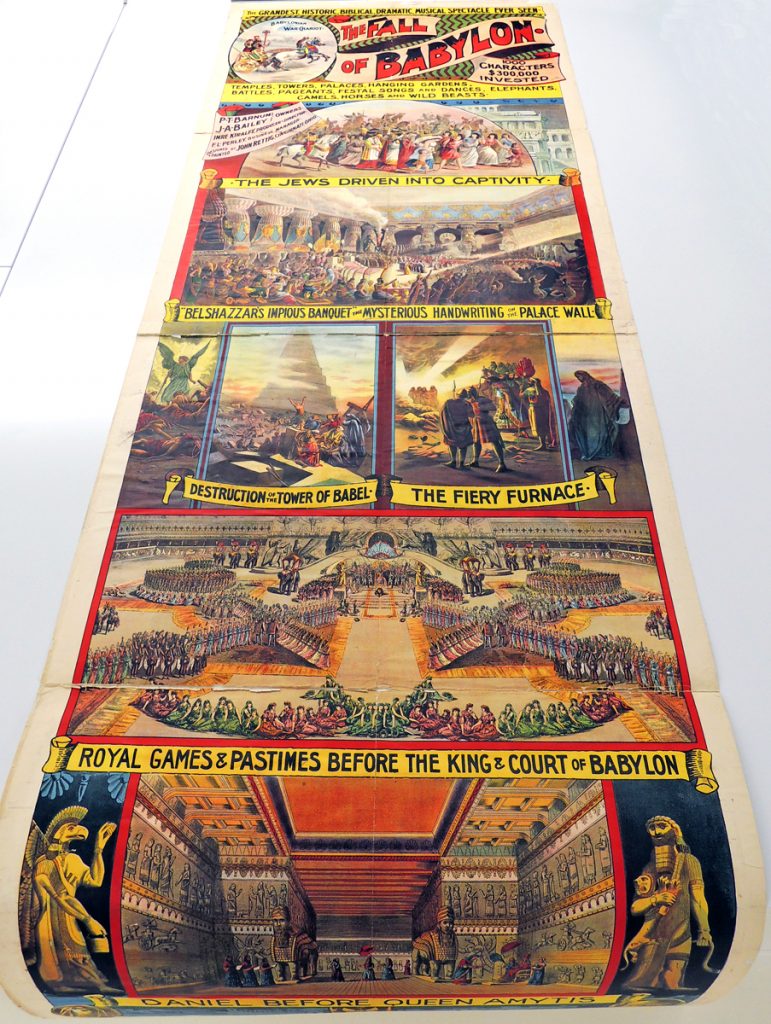 At something over seven feet long, this nineteenth-century circus poster is too big to fit in any of our flat files. Note how it falls over the side of our largest unit.

For years, this beautiful print had been folded and crushed into small drawers along with several hundred other circus posters and broadsides. Today, it came back from our conservation lab cleaned, flattened, and rehoused. 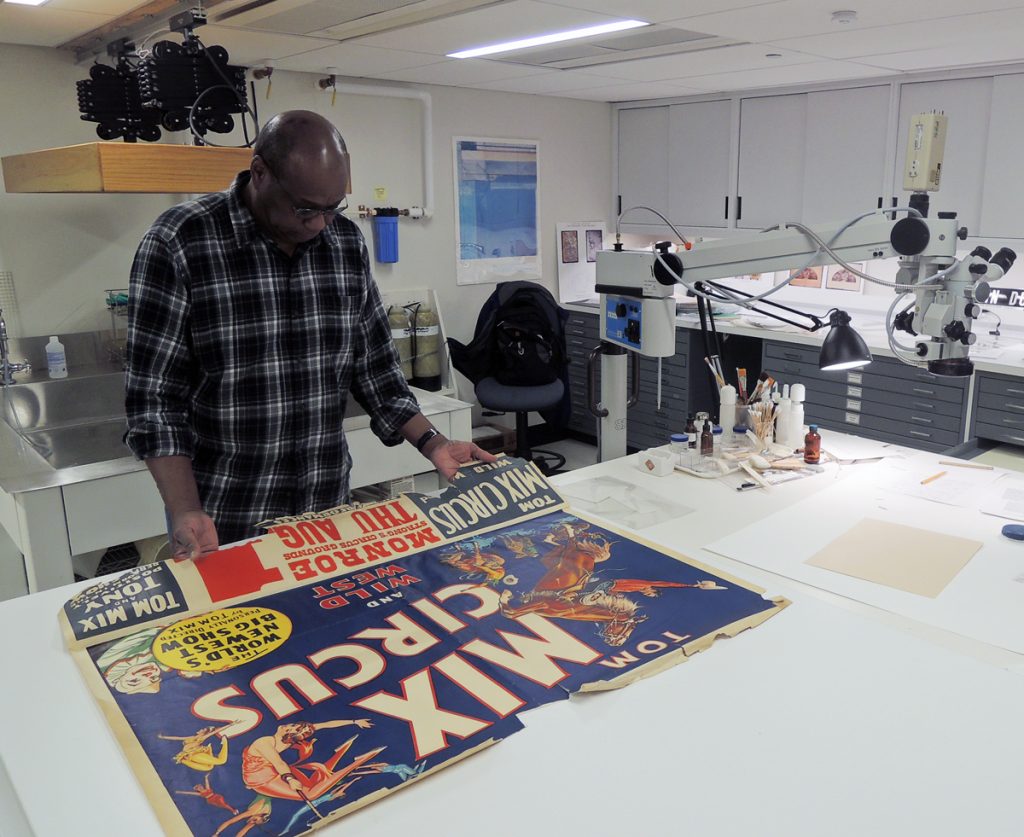 Thanks to Ted Stanley, Special Collections Paper Conservator in our Preservation Office, we are nearing the end of an almost year-long project to repair and restore the fragile posters and broadsides in our Barnum and Bailey Circus collection. 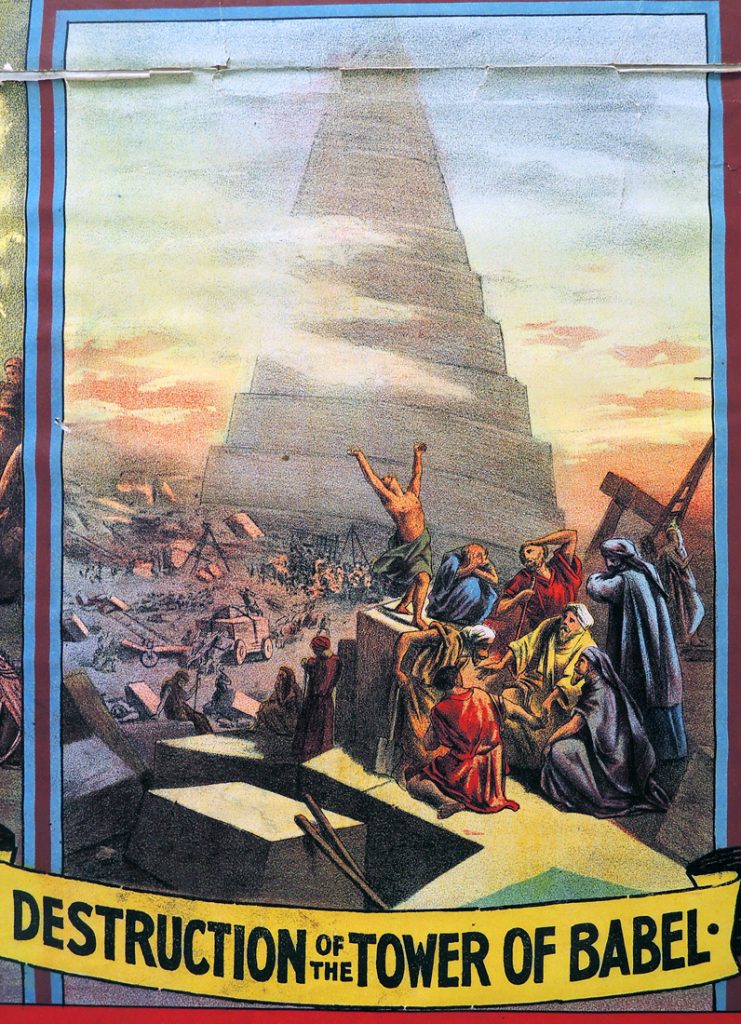 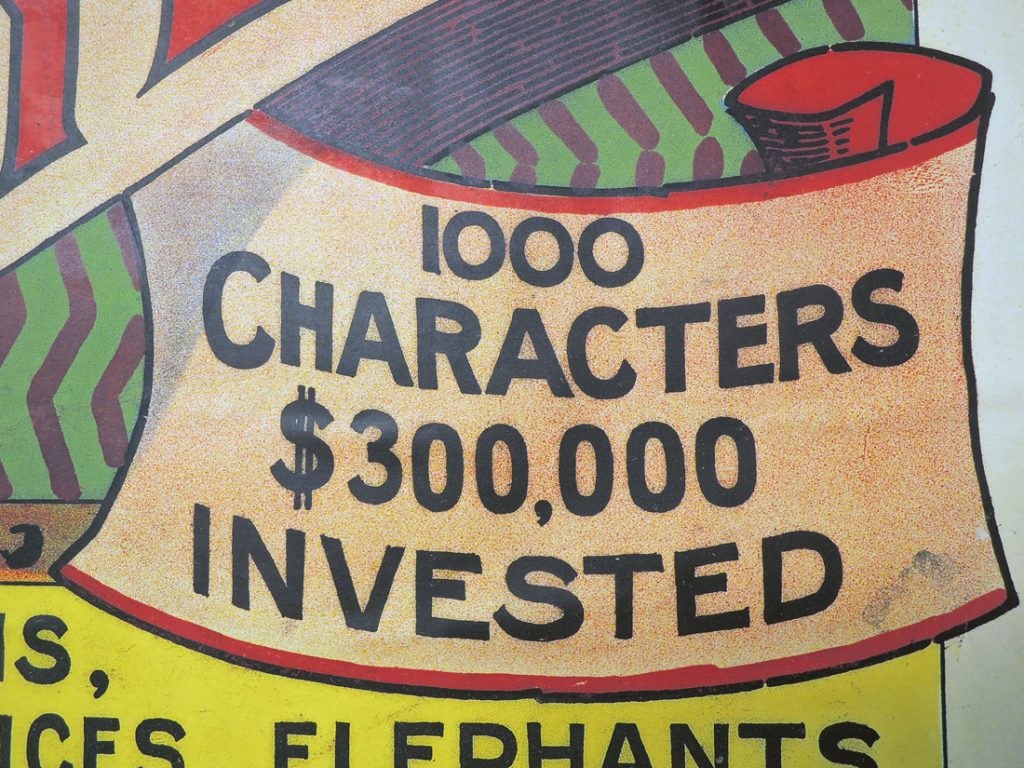 The artist of this work is not well known today. A resident of Ohio for his entire life, John Rettig (1855-1932) is known for his murals in the Cincinnati Masonic Temple, for the set decoration he painted in Ohio theaters, and for his poster designs. In 1886, Rettig was commissioned to paint the panoramic scenery for a spectacle entitled The Fall of Babylon, which would take the place of the annual procession of the Order of Cincinnatus.

With seating for 8,000, the spectacle was the largest of its kind in Ohio. Each year following, a different theme was added to the pageant, including the Fall of Rome, the Fall of the Aztec Empire, and many more. According to the Biographical Dictionary of Panoramists (http://www.bdcmuseum.org.uk/uploads/uploads/biographical_dictionary_of_panoramists2.pdf)

The Fall of Babylon was sold and exhibited at St George Park on Staten Island, New York (today a parking lot) in 1887. For this Imre Kiralfy’s Grand Spectacular Company provided over 1,000 ballet dancers.” Kiralfy moved the performance to many other large American cities and eventually sold it to the joint firm of P.T. Barnum and J.A. Bailey.

As with other posters designed by Rettig, this one was chromolithographed and produced in large numbers. Since most were pasted to walls and billboards, few have survived. There is no date or location on the poster so that it could be used wherever the show was performed. Our collection holds over two dozen posters and streamers for The Fall of Babylon in its many variations. 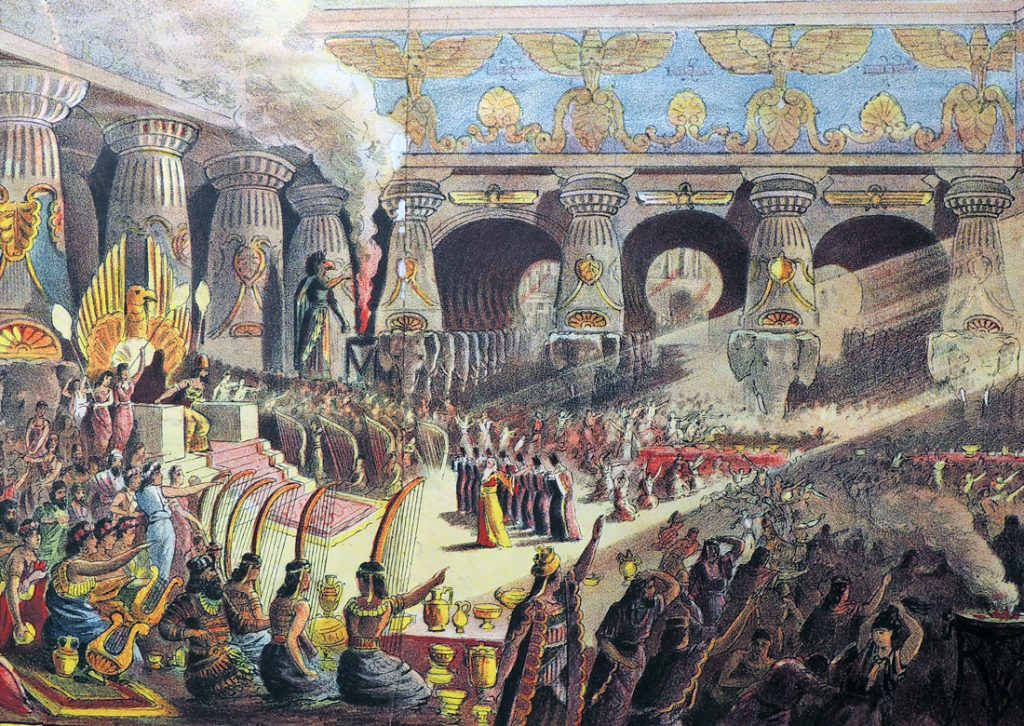 1 thought on “Preserving the Fall of Babylon”