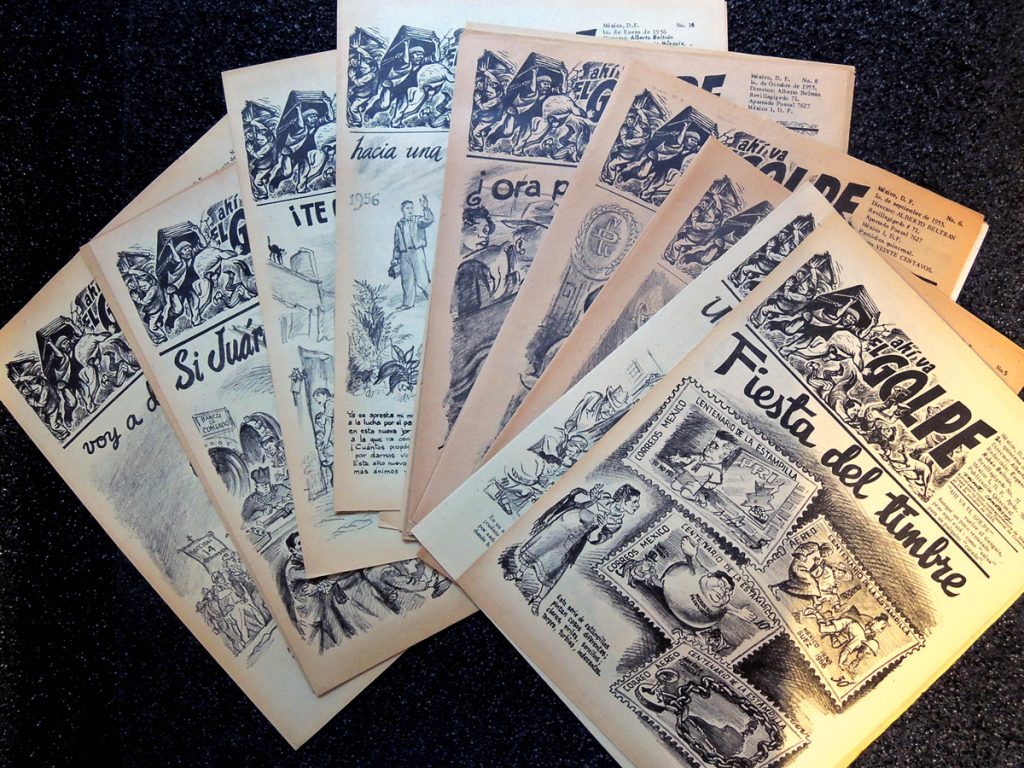 Under the direction of Alberto Beltrán Garcia (1923-2002), this Mexican satirical magazine flourished for only two years. Beltrán was an active member of the Taller de Gráfica Popular (The People’s Print Workshop or TGP, see: http://pudl.princeton.edu/collections/pudl0012) then later, worked as deputy director for graphics for the newspaper El Día. On his own time, he drew, printed, and self-published several journals including Ahí Va El Golpe (There Goes the Punch) and El Coyote Emplumado (The Feathered Coyote).

We are fortunate to have acquired 20 rare issues of the first, ephemeral publication from the 1950s. Each issue has only four to six pages, primarily caricatures. Fellow TGP member Leopoldo Méndez contributed several illustrations. 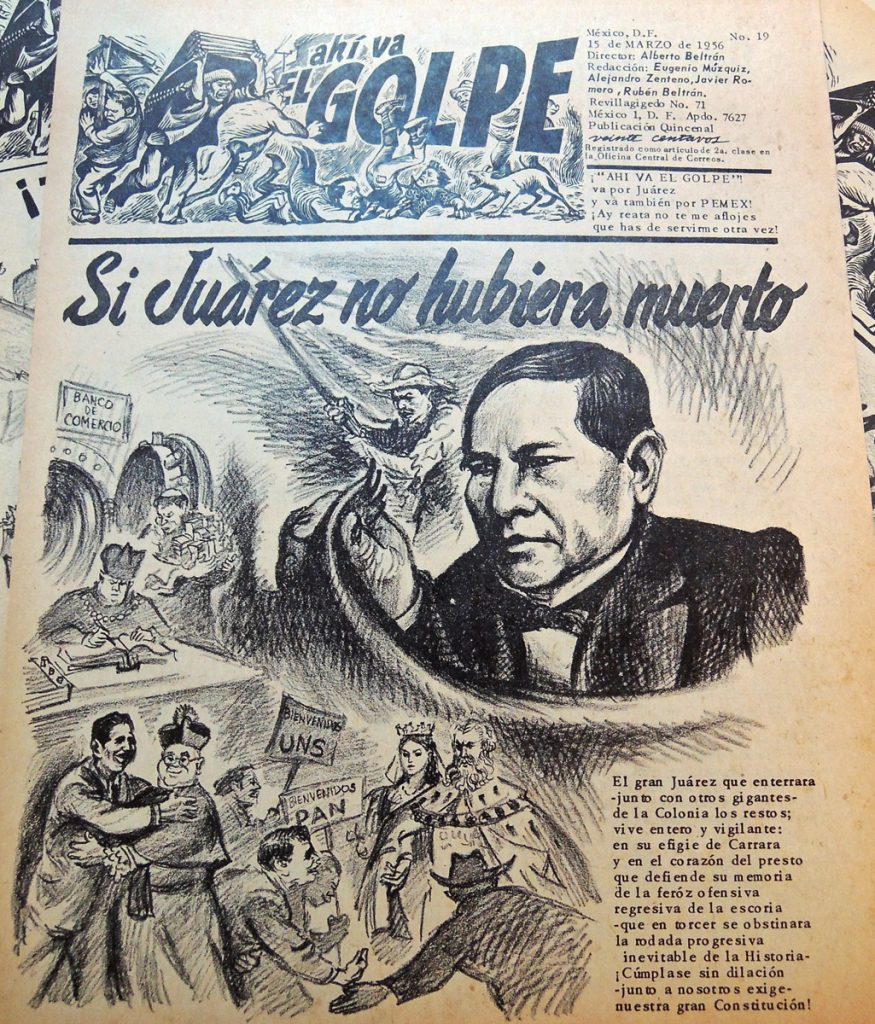 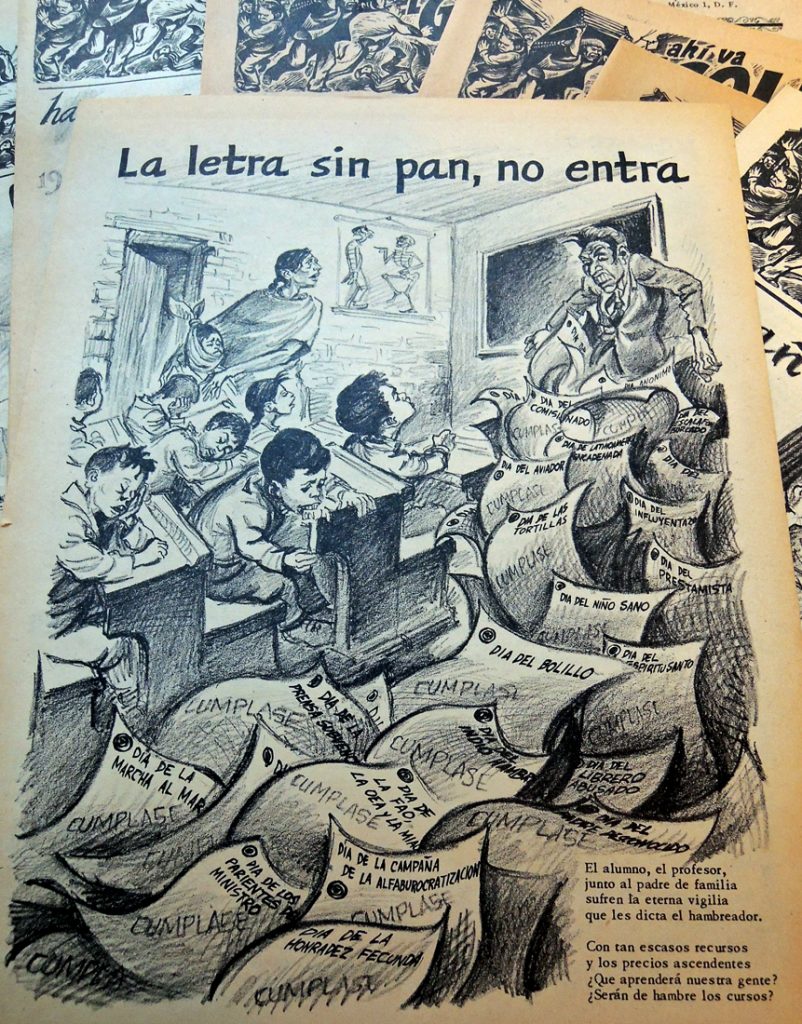 1 thought on “Ahí Va El Golpe (There Goes the Punch)”