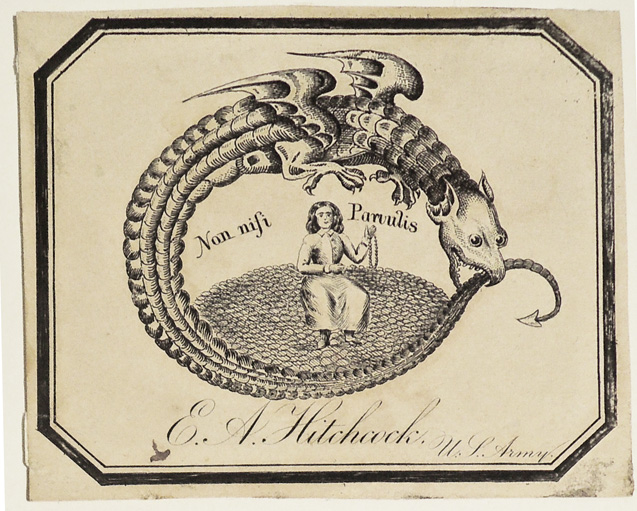 A reference question led to our small but significant collection of early American bookplates. Here are a few both for institutions and individuals. 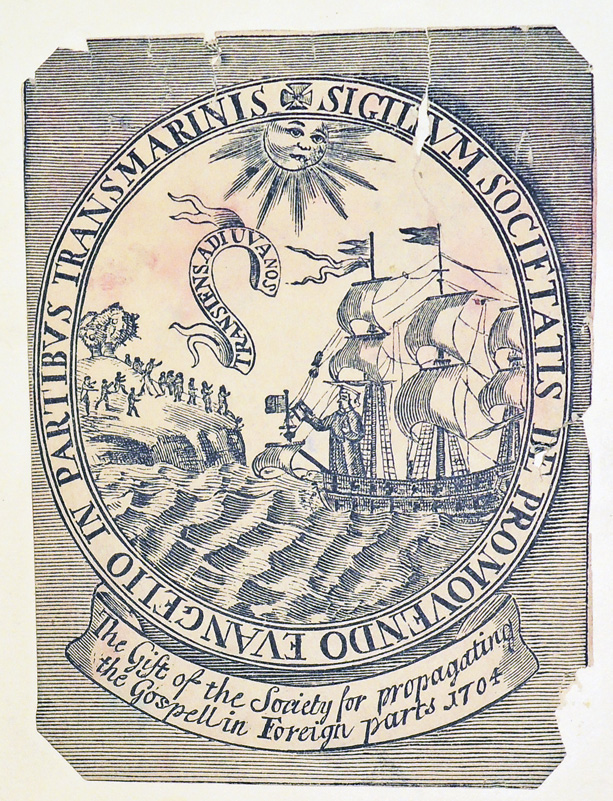 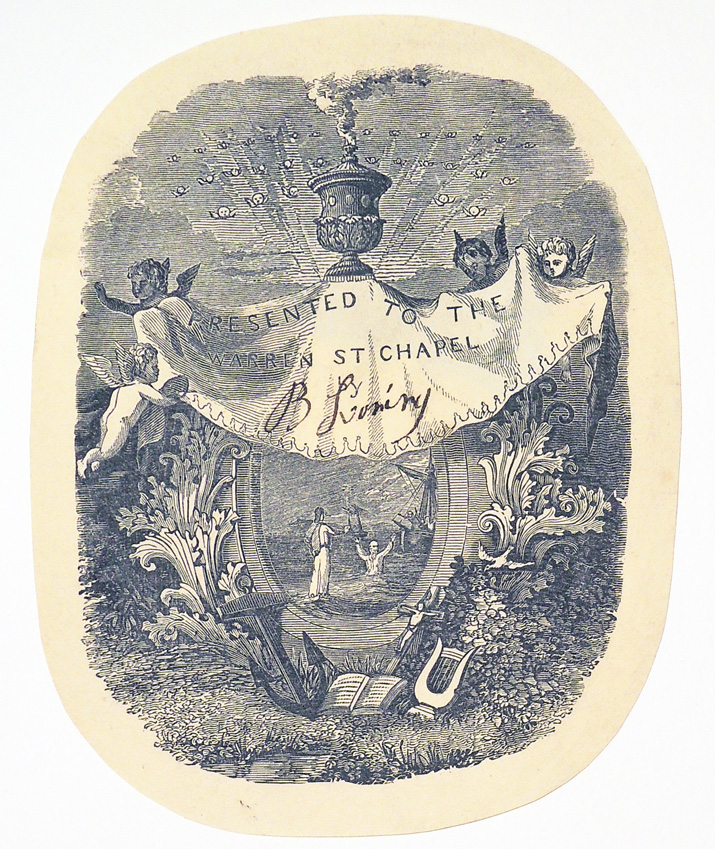 Presented to the Warren St Chapel 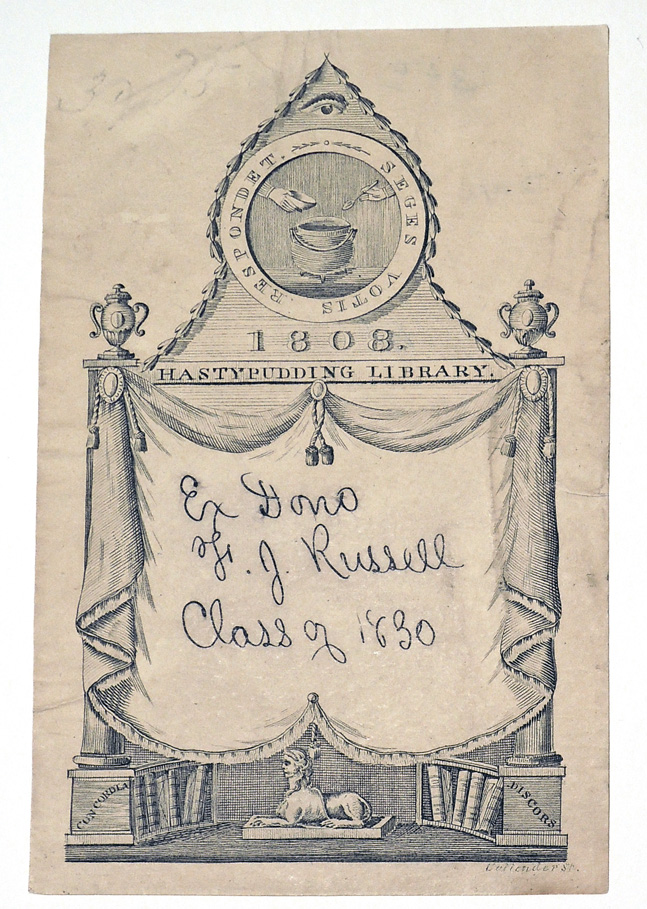 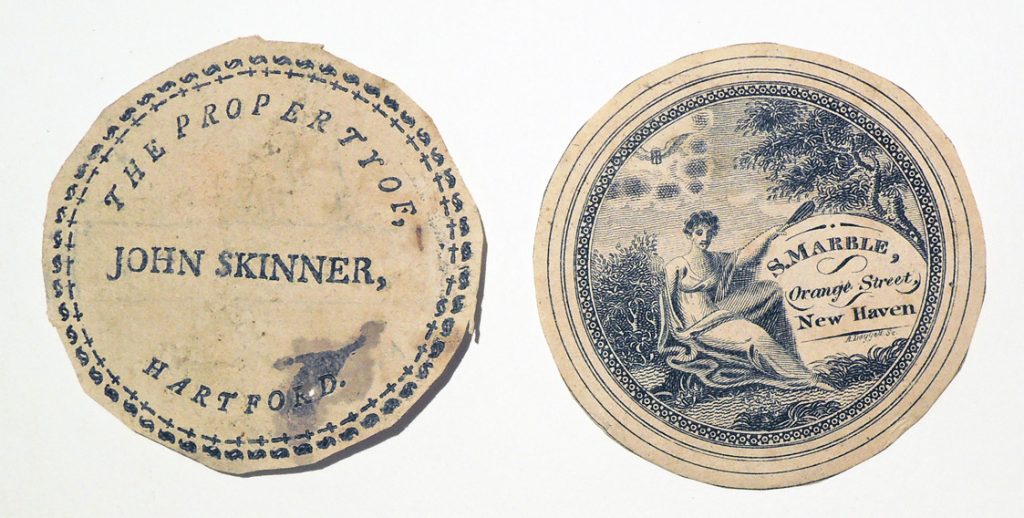 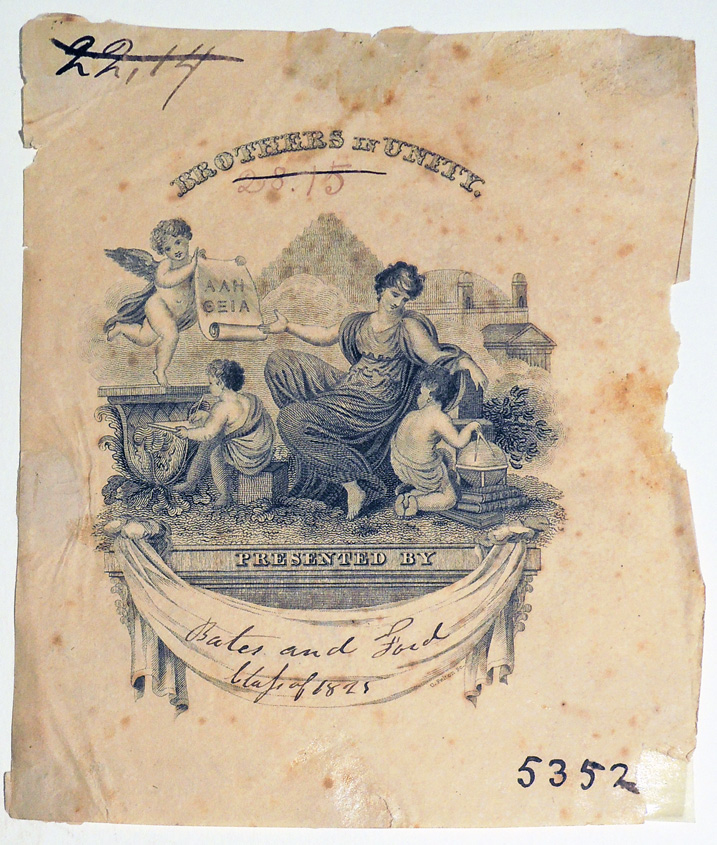 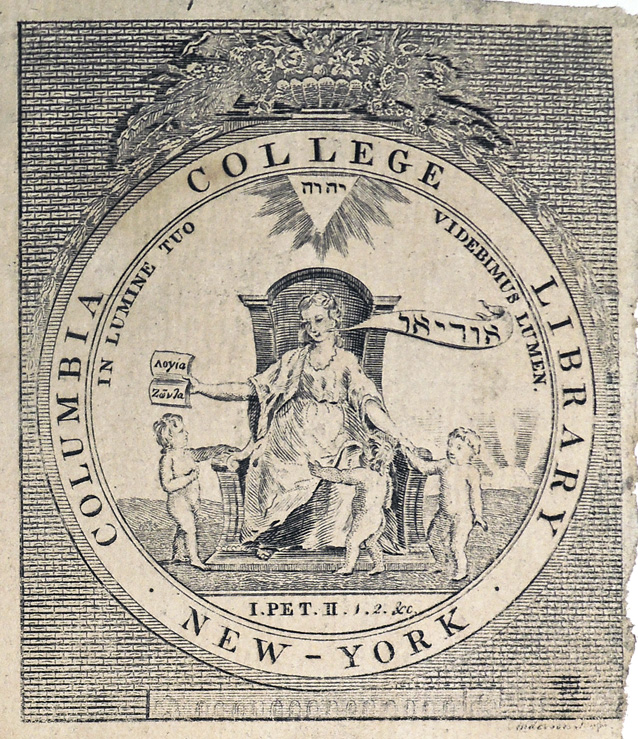 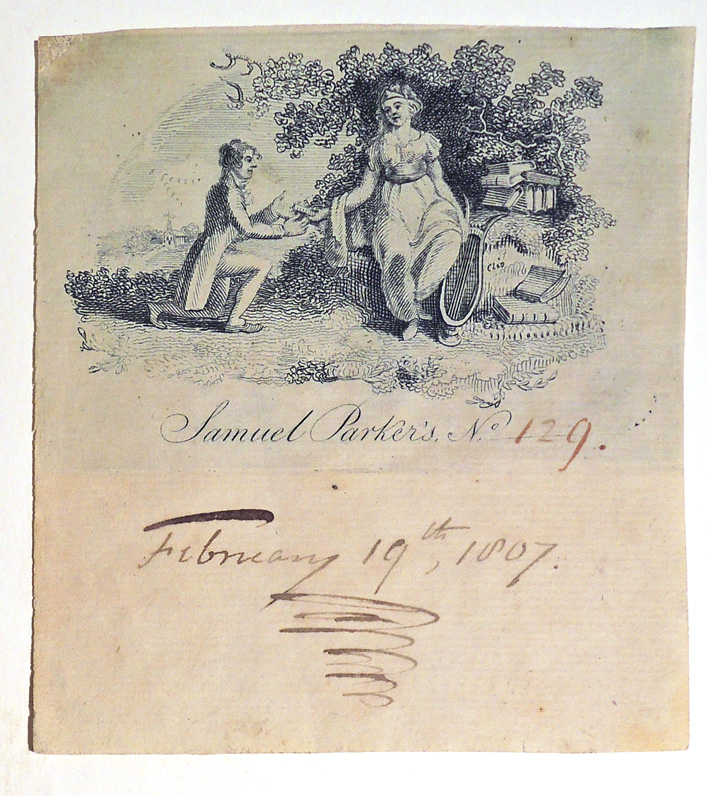 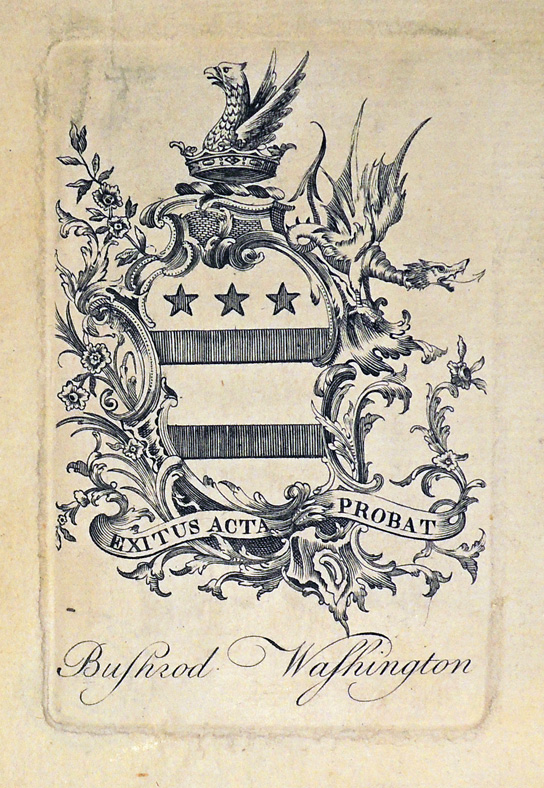 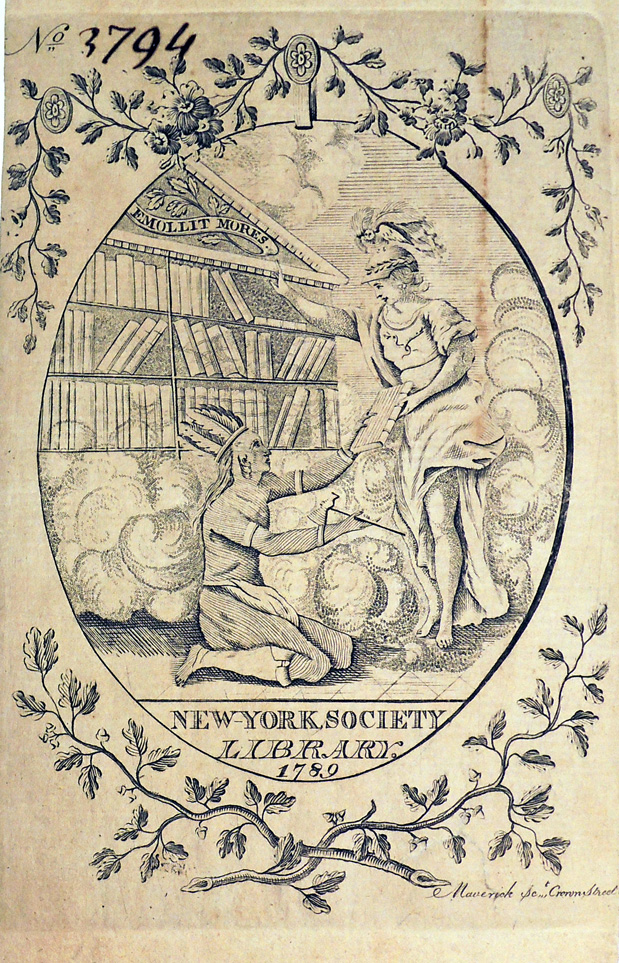 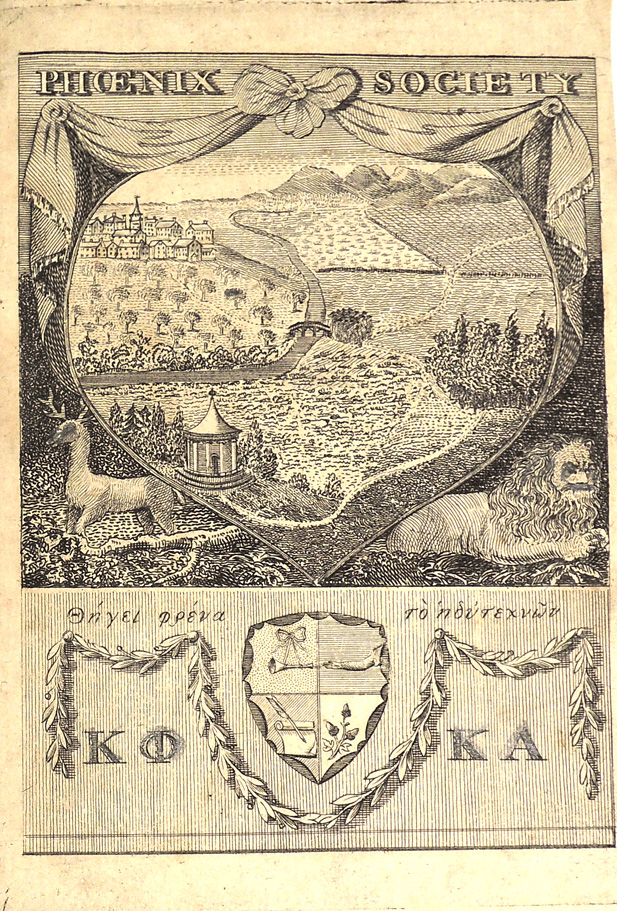 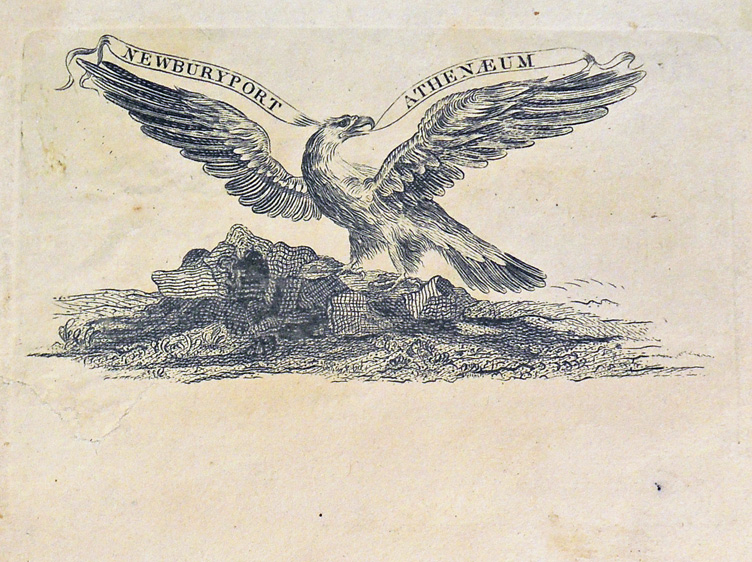 For confirmation, see: Journal of the Ex Libris Society, Vol. 8 (1899). “BOOK-PLATE OF ALEXANDER HAMILTON. Dear Sir,—…Alexander Hamilton had a book-plate— plain armorial, spade shield and crest, with motto — of which one is now in my collection. The Library of the Hospital Ship “Bay State” [ocr errors] No only other copy known to me is inserted in Hamilton’s own copy of “The Federalist,” which is in the possession of a gentleman of New York City, who values this plate at much fine gold, as I happen to know, having made a bid of fifty through the friendly bookseller who mentioned it to me in a casual way, and which he did thrice refuse. It would not interest anyone to know how I finally procured my copy, and I am very unwilling to exploit a mare’s-nest; but I will say that, for the present, this is one of my most cherished plates, ranking next to that of Hamilton’s great friend and admirer, George Washington, and so will it be until some fortunate collector manages to pick up a lot of them in some out-of-the-way corner. I am aware that the authenticity of the ownership of this most important plate rests, for the moment, altogether on what credit one is inclined to place in the aforesaid bookseller, but there was no object to be gained by him in composing a fairy tale of this kind, as the plate he spoke of was in hands, so far as he knew, entirely out of a collector’s reach, and his chance of procuring it simply nil, as has been proved since. After such serious collectors and good authorities as my friends F. E. Marshall and C. E. Clark have had a look at it, there will be time enough to describe this plate; in the meantime, silence is golden.— Yours truly, W. E. Baillie.