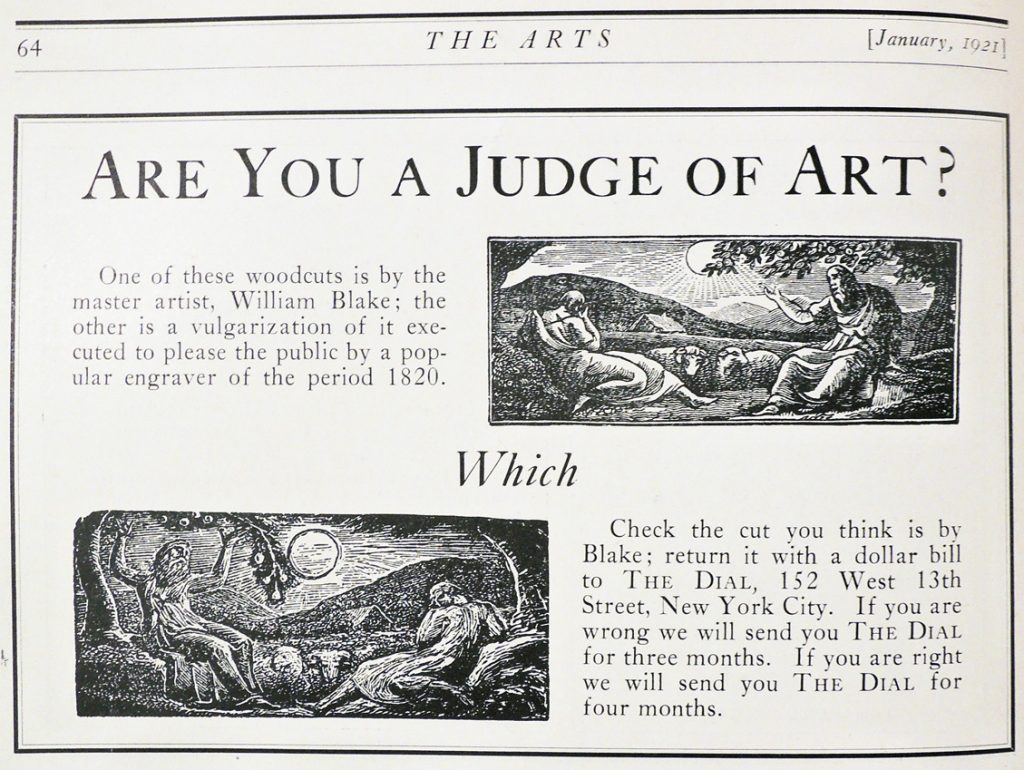 In the January 1921 issue of The Arts, Scofield Thayer (1889–1982) placed a challenge to readers, which also served as an advertisement for his own newly revived journal The Dial. Thayer asked readers if they could identify which woodcut was made by William Blake (1757-1827) and which was a “vulgarization of it executed to please the public.” The correct answer was rewarded with an additional month added to a Dial subscription.

The answer is simple but the background to the puzzle is more complicated. The question was originally raised in a review of William Mulready’s illustration for Oliver Goldsmith (1730-1774), The Vicar of Wakefield (London: J. Van Voorst, 1843. GAX 2003-0620N), placed in Athenaeum, January 21, 1843, p.65. Two woodcut illustrations are shown, Blake’s Virgil, no. 3 (left) and an anonymous cut after its design (right), published in The Vicar of Wakefield. 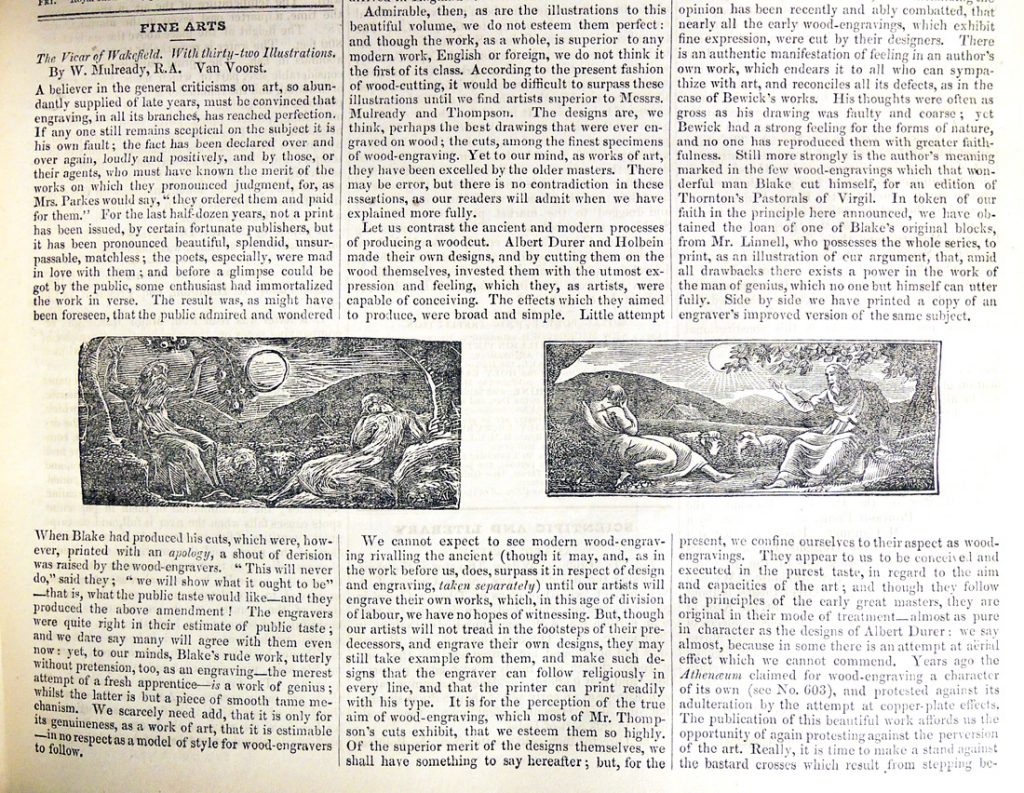 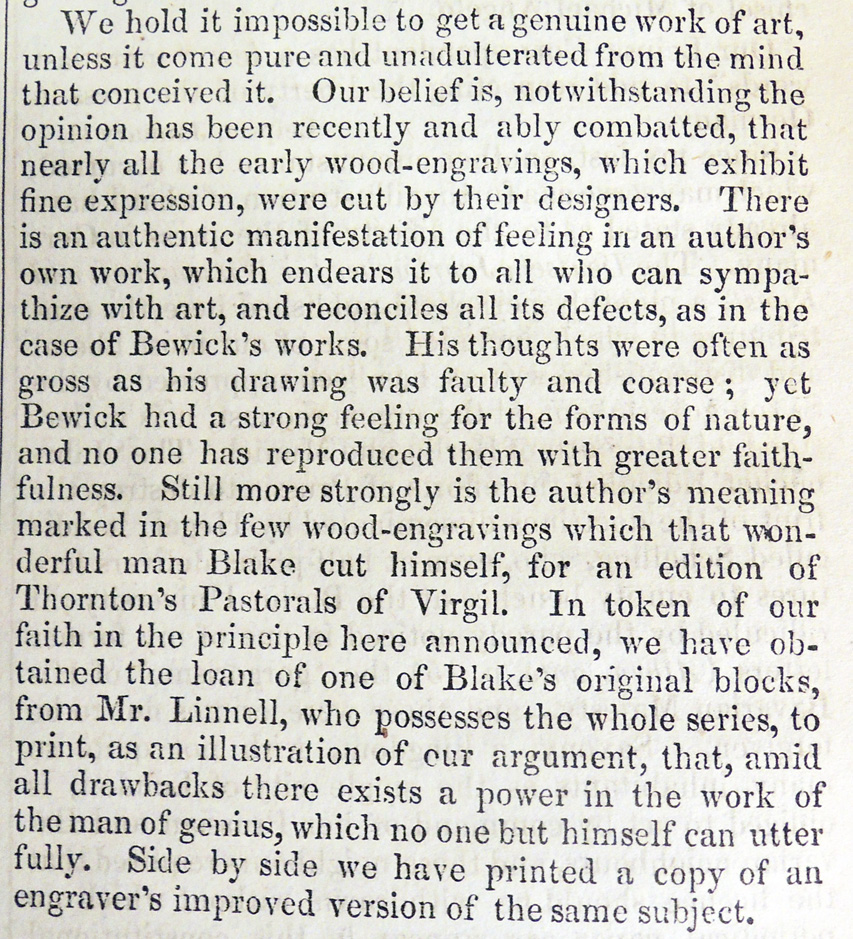 Robert John Thornton (1768?-1837) commissioned a series of illustrations of Virgil’s Pastorals but the work Blake completed did not please the commissioner. Geoffrey Keynes (1887-1982) describes the situation: “Dr. Thornton was not an imaginative man. He was enterprising and prolific where botany and medicine were concerned, and employed recognized artist to illustrate his works, sometimes on a lavish scale.”

Thornton had three of Blake’s designs re-engraved for the book by a professional hand, numbers 14-16. A fourth block was also recut, presumably by the same hand and the result is “an interesting example of how the originality of genius may be reduced to the conventional formula of the moment. It was not used in the book but was printed side by side with an impression form Blake’s corresponding woodblock in the Athenaeum.” 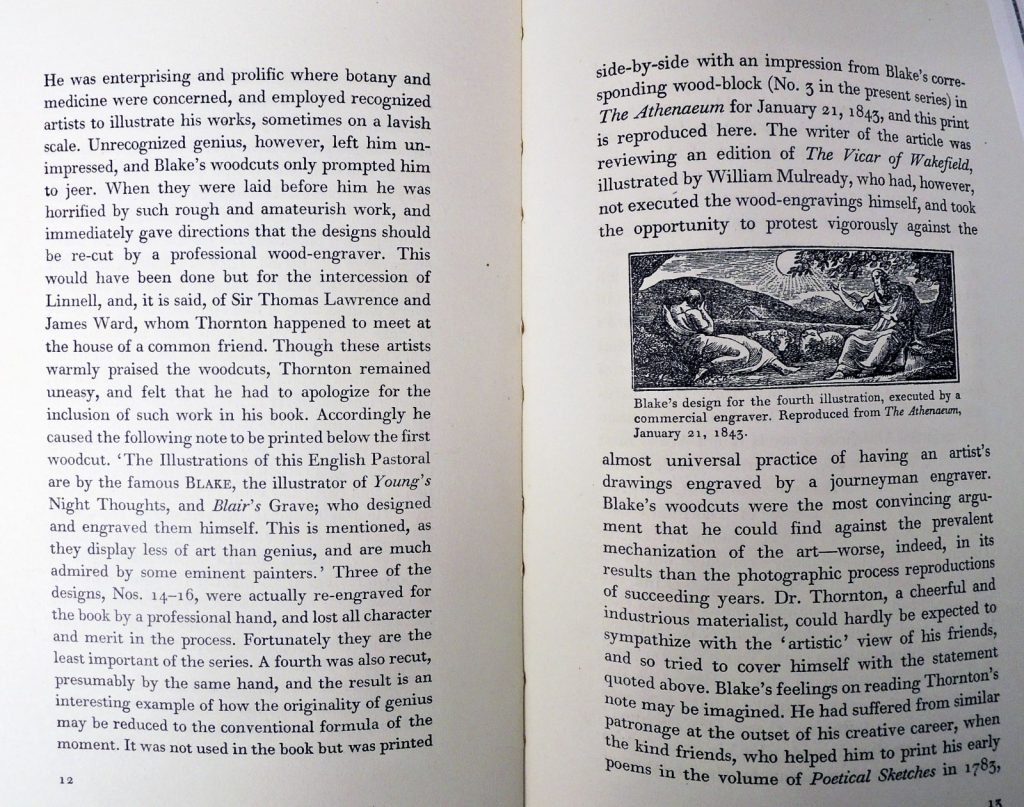 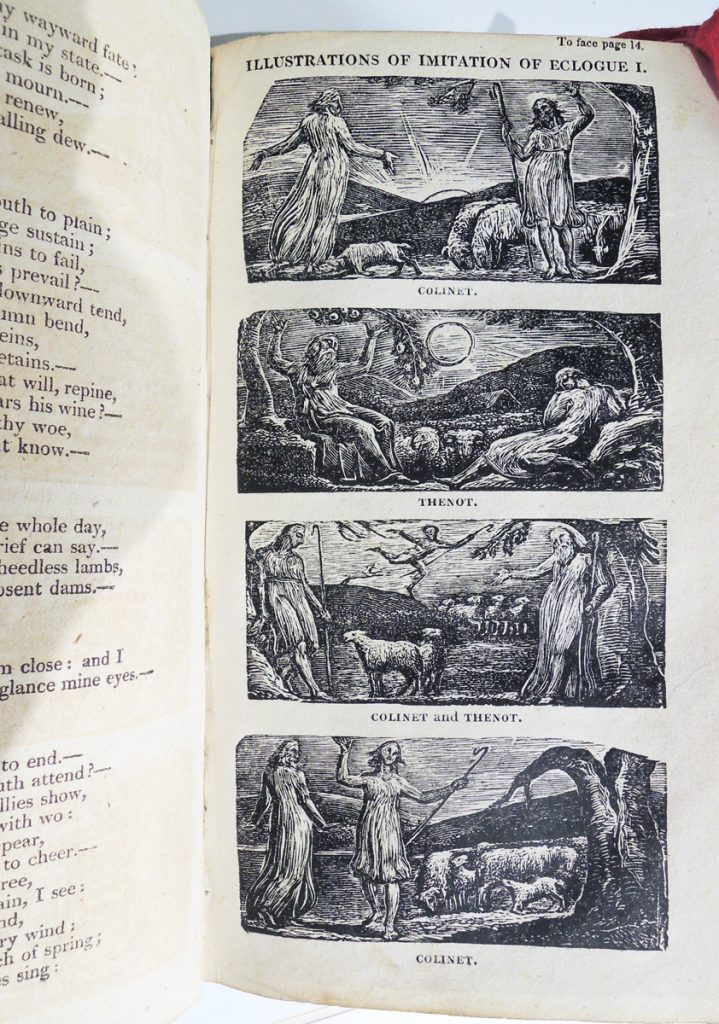