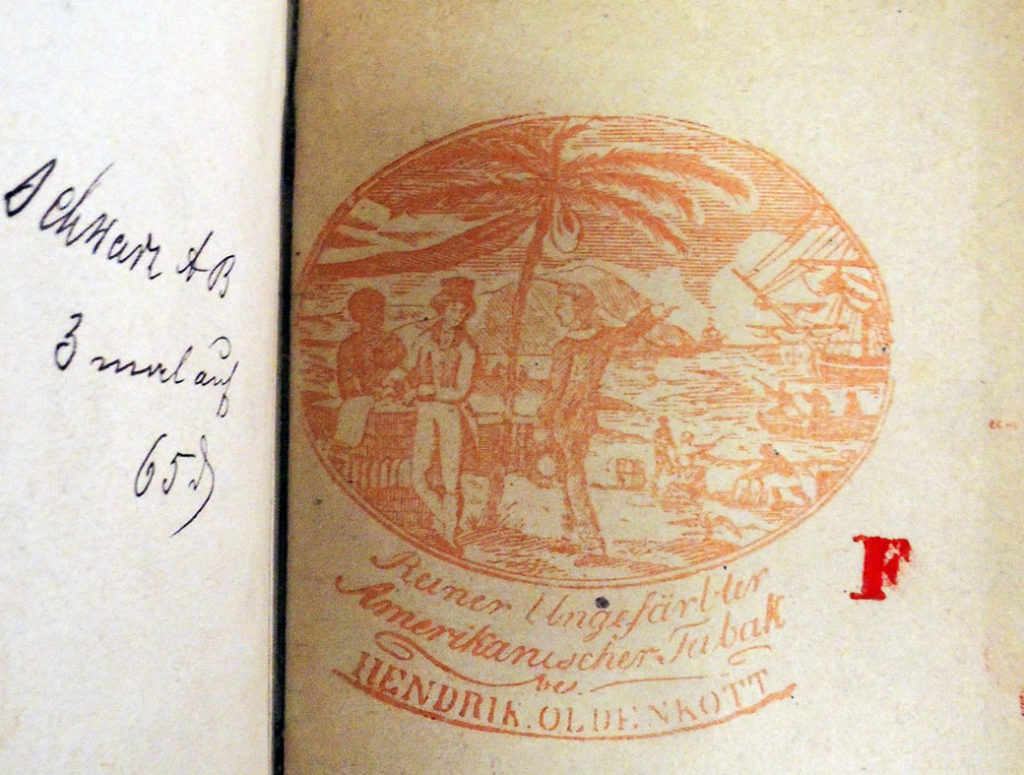 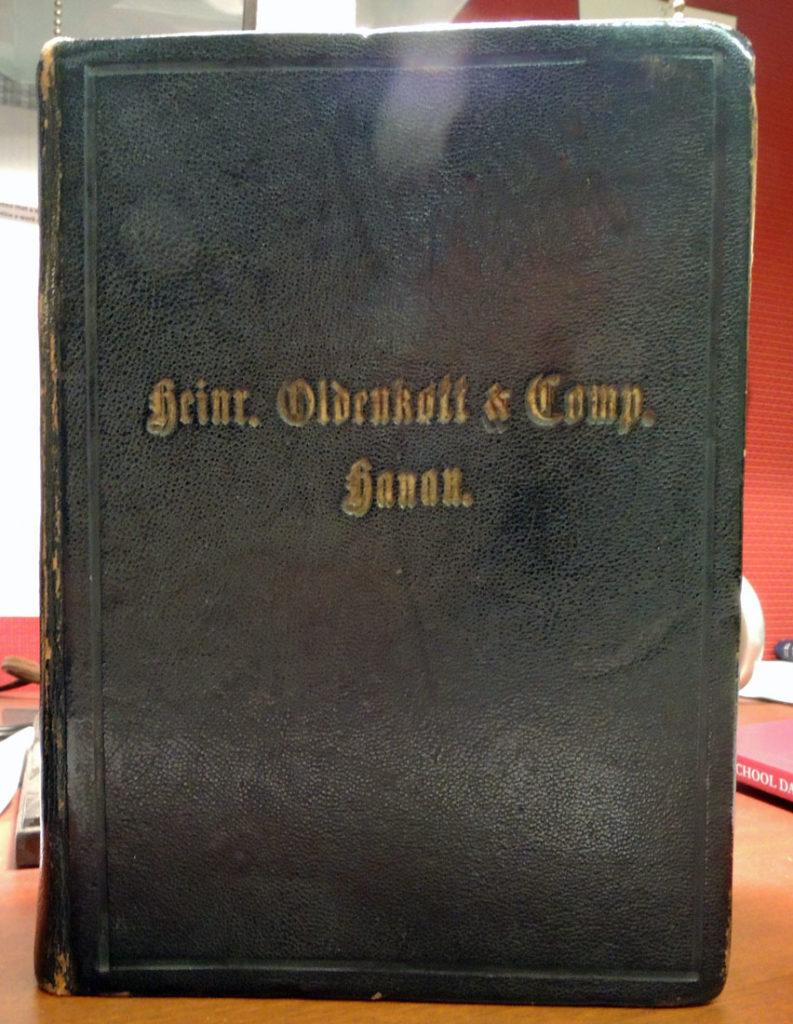 The Graphic Arts Collection recently acquired a bound collection of 19th-century tobacco wrappers from the Dutch-German firm of Hendrik Oldenkott.  The volume holds approximately 194 printed wrappers with a variety of images and text, printed on many different paper stocks, both plain and colored. Some are stenciled, some letterpress, and a few are lithographed.

Michael Twyman writes, “Tobacco was among the first commodities to be sold in printed paper wrappers… The design element of tobacco papers was normally confined to the centre of the printed sheet, which was large enough to accommodate varying quantities of tobacco. The earliest designs were in the tradition of the bookplate, but later they took on the characteristics of the trade card and were often printed from plates actually designed as trade cards.” –(Ephemera, p. 329)

“Very little is known about the company. According to the albums the company was founded in 1760 in Amsterdam as Hermann Oldenkott, with since 1819 a subsidiary in Ahaus (Germany). Probably the factory had some other factories as well, as in 1838 August Kersten from Rees (Germany) bought the factories from Heinric Oldenkott in Elten (Germany) and Weesp (Holland). It is, however, not clear whether these were part of the same company as the original Oldenkott company. 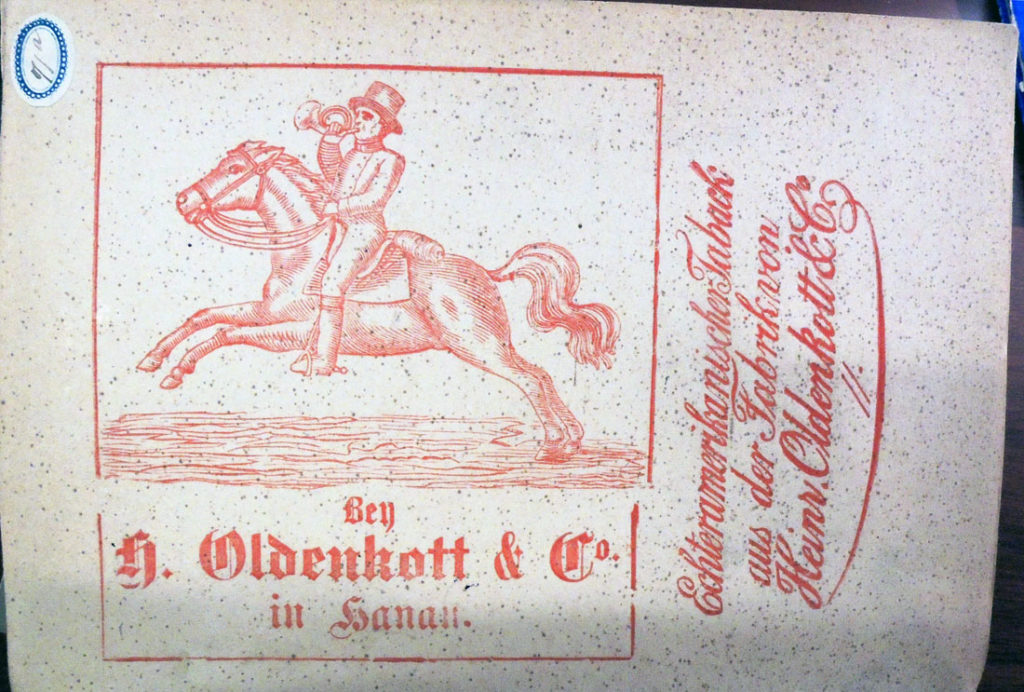 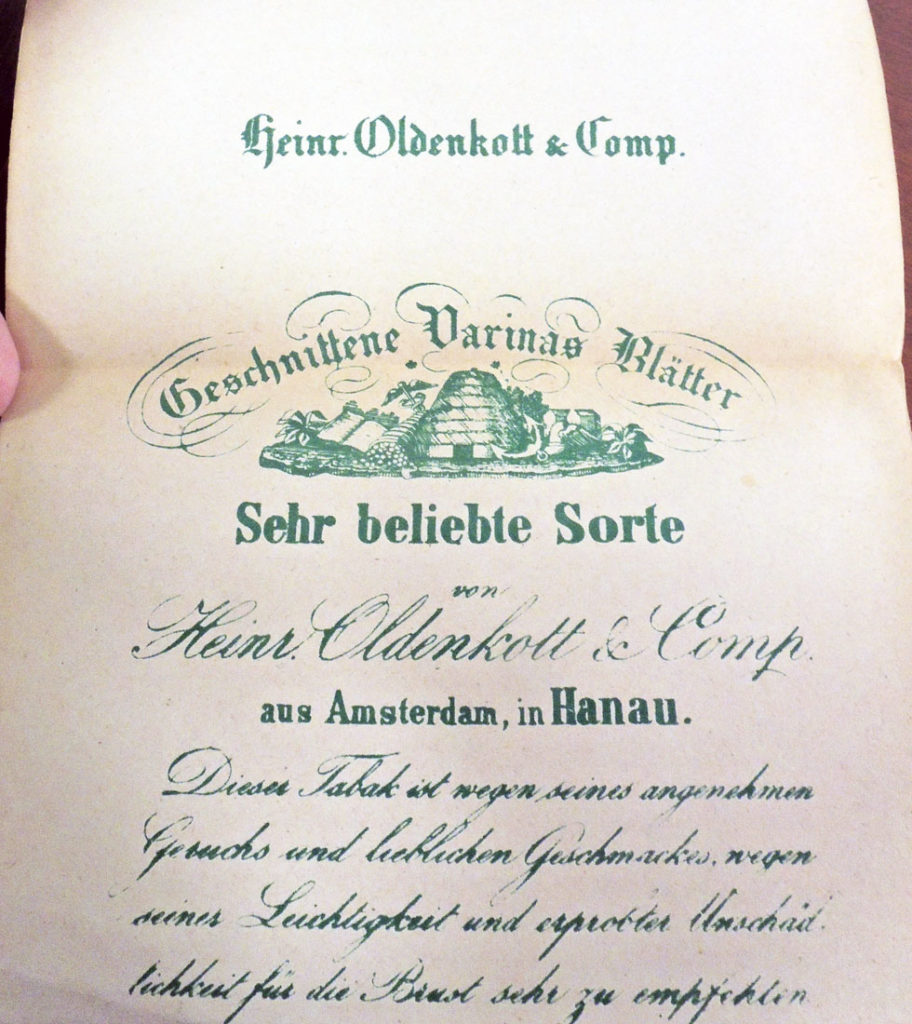 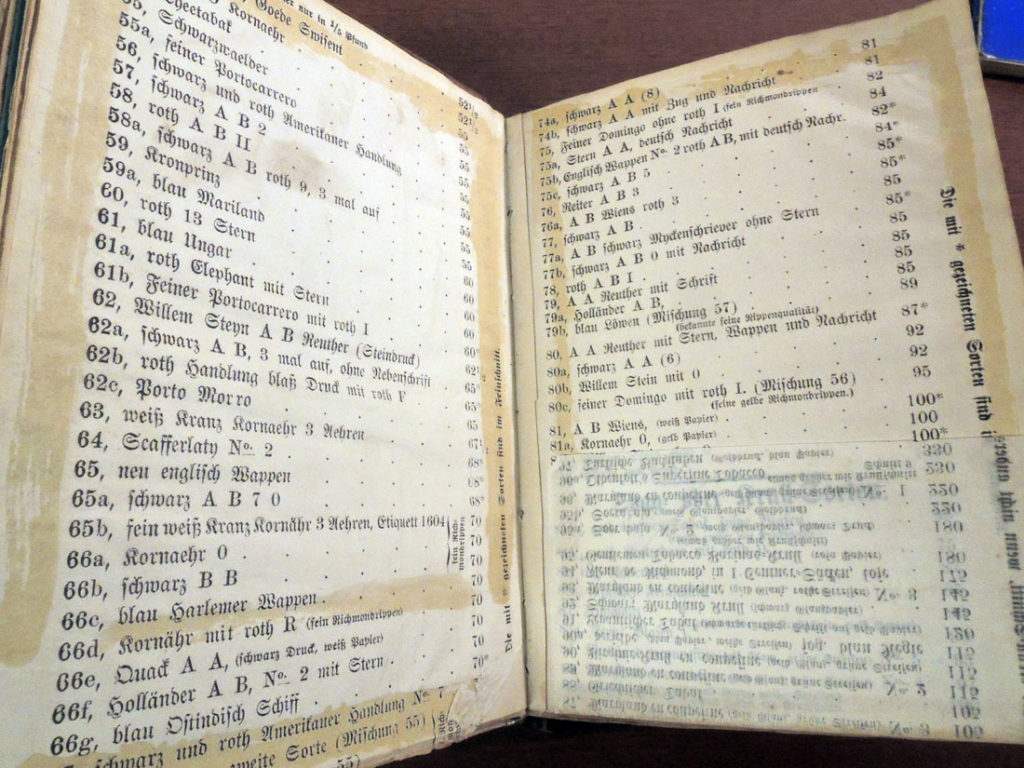 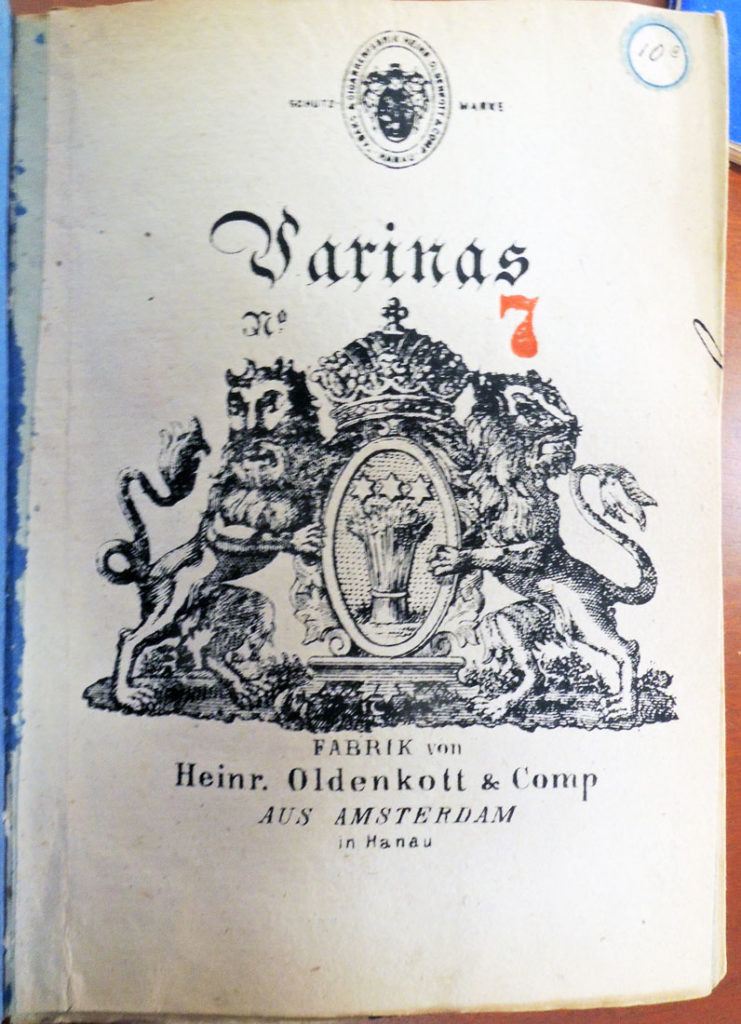