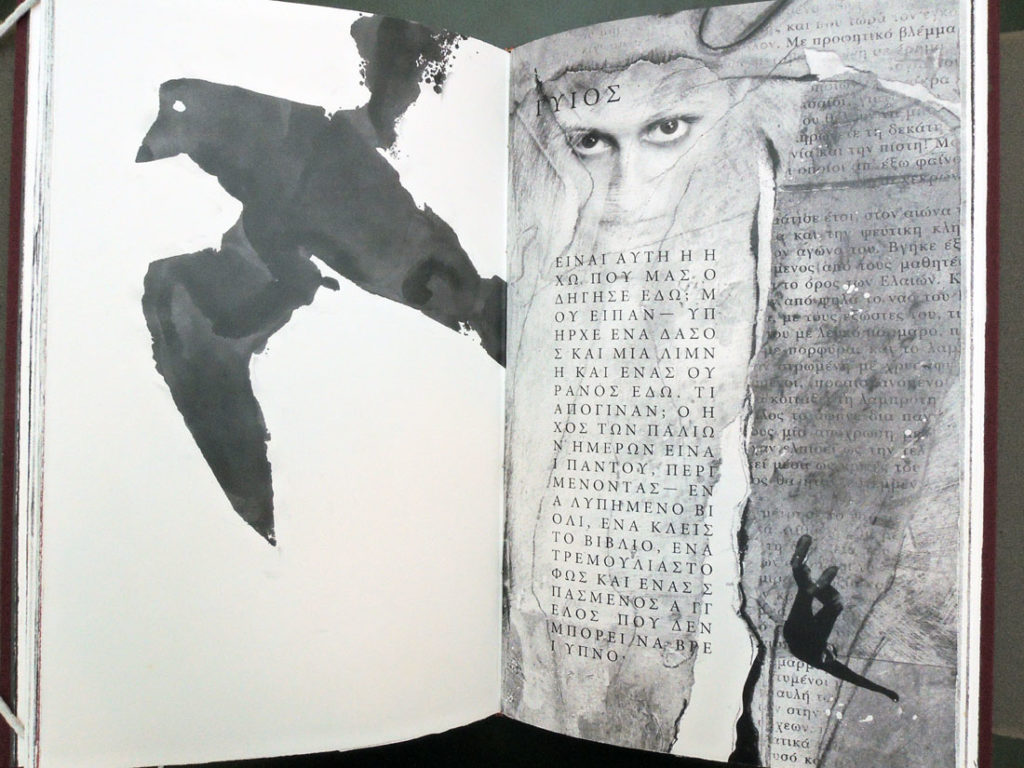 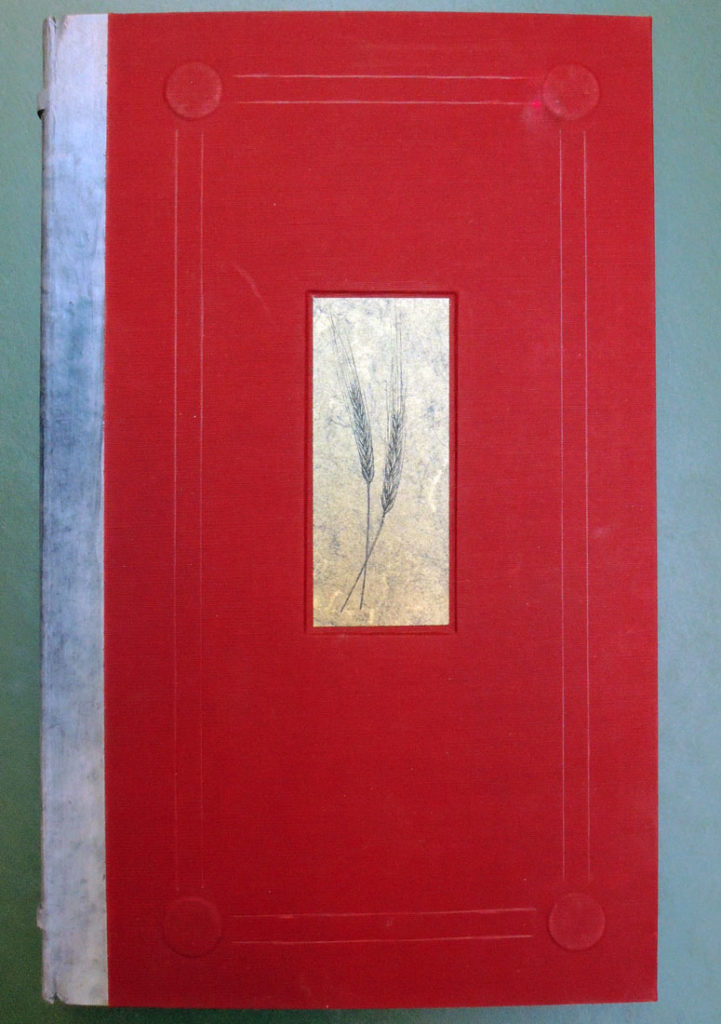 Peter Lyssiotis, Birds from Byzantium = Pouliá tou Vyzantíou (Melbourne, Vic.: Masterthief, 2010). Text was written in 2009 at the Monastery of Mavrovouni in the Larnaca district of Cyprus. Greek translation by Andreas Psilides and Lefteris Olympios. Images by Peter Lyssiotis. Binding by Wayne Stock. Copy 17 of 18. Graphic Arts Collection GAX 2017- in process 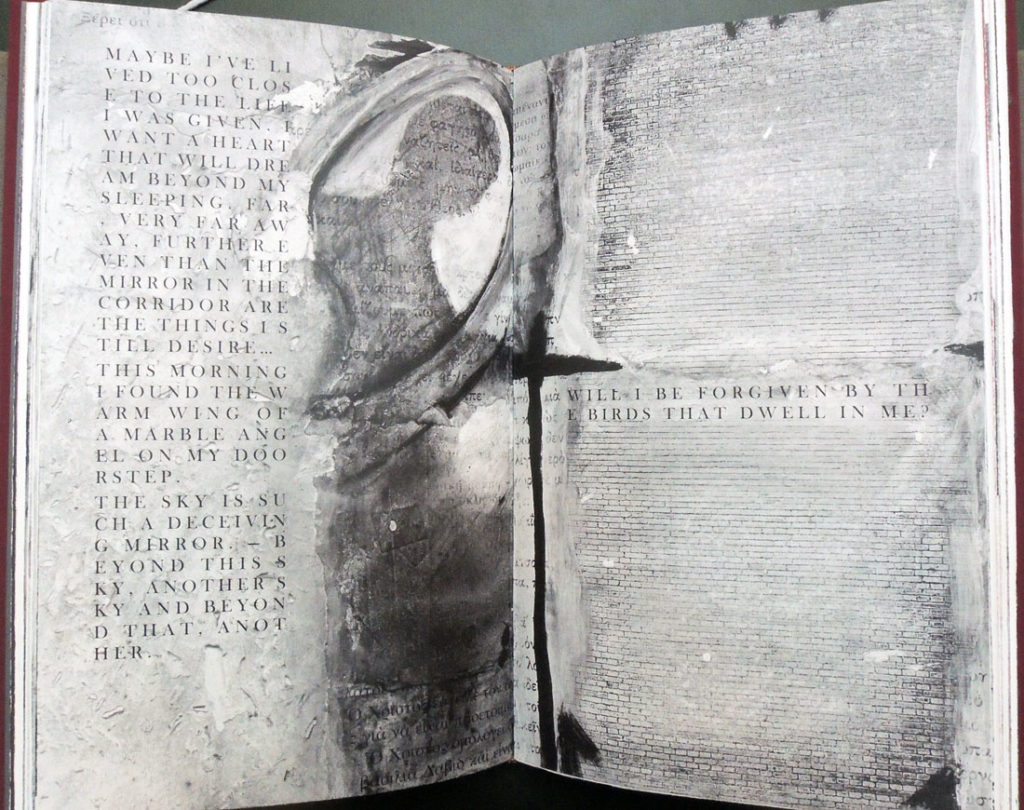 The artist writes “Birds from Byzantium has been made in an edition of [18] and has been printed duotone on Mohawk Superfine paper. The text has been set in columns, justified to both left and right with no regard to word breaks as this was one of the design elements of the earliest hand scripted Bibles. Sure it makes the text difficult to read but it also traps the eye and gives a nod to tradition.

The images are collages. As a backdrop they have a Bible commentary in Greek. The collages have been made so the text has a place to rest. On some pages there are drawings in ink by Lefteris Olympios. The binding is by Wayne Stock and has used aspects of Byzantine book design and place them in a contemporary setting: for example, the use of circles, the X, the use of gold, the [choice] of burgundy for the colour of the cloth and the bands on the spine.” 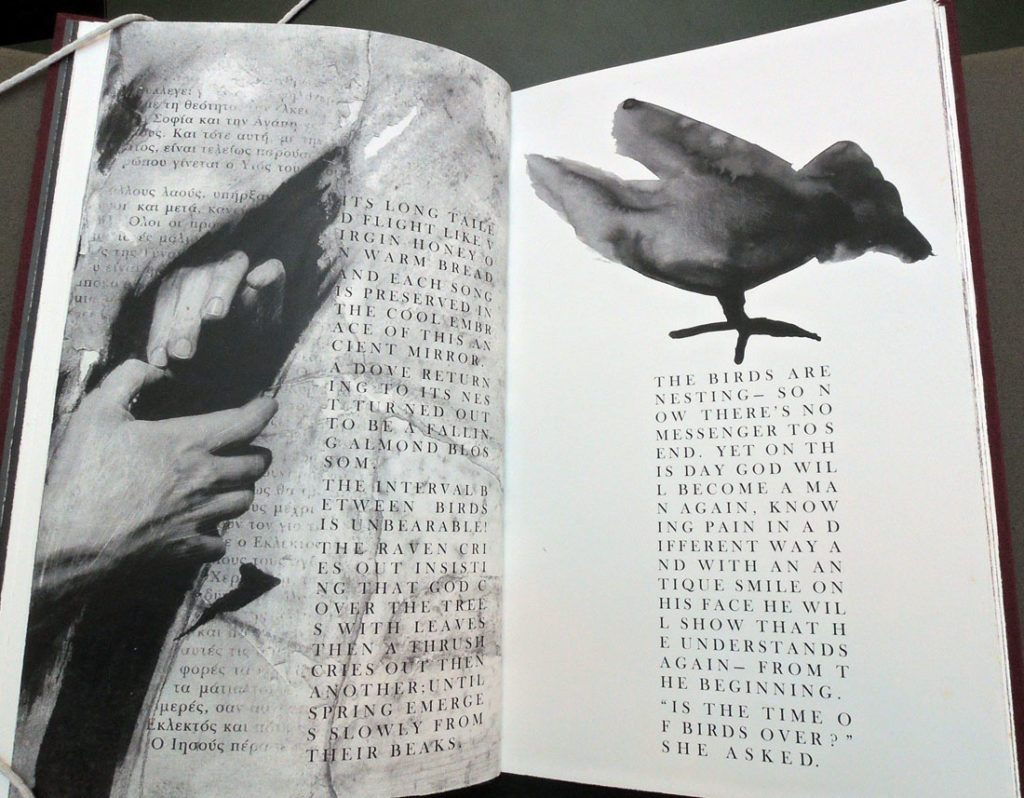 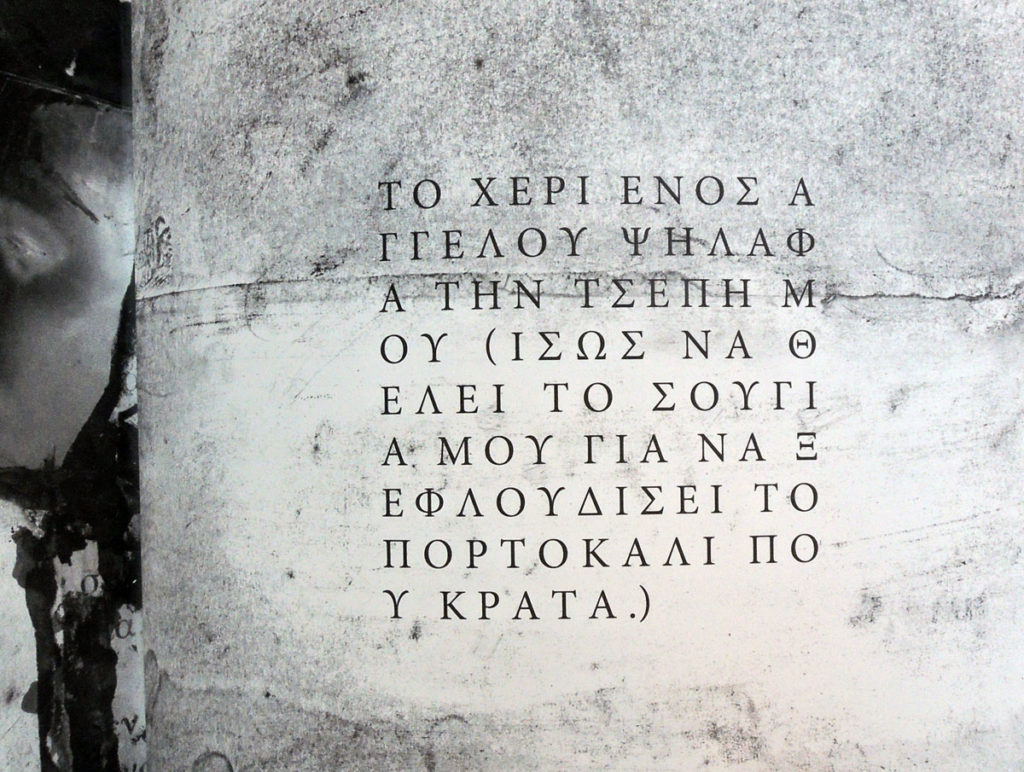 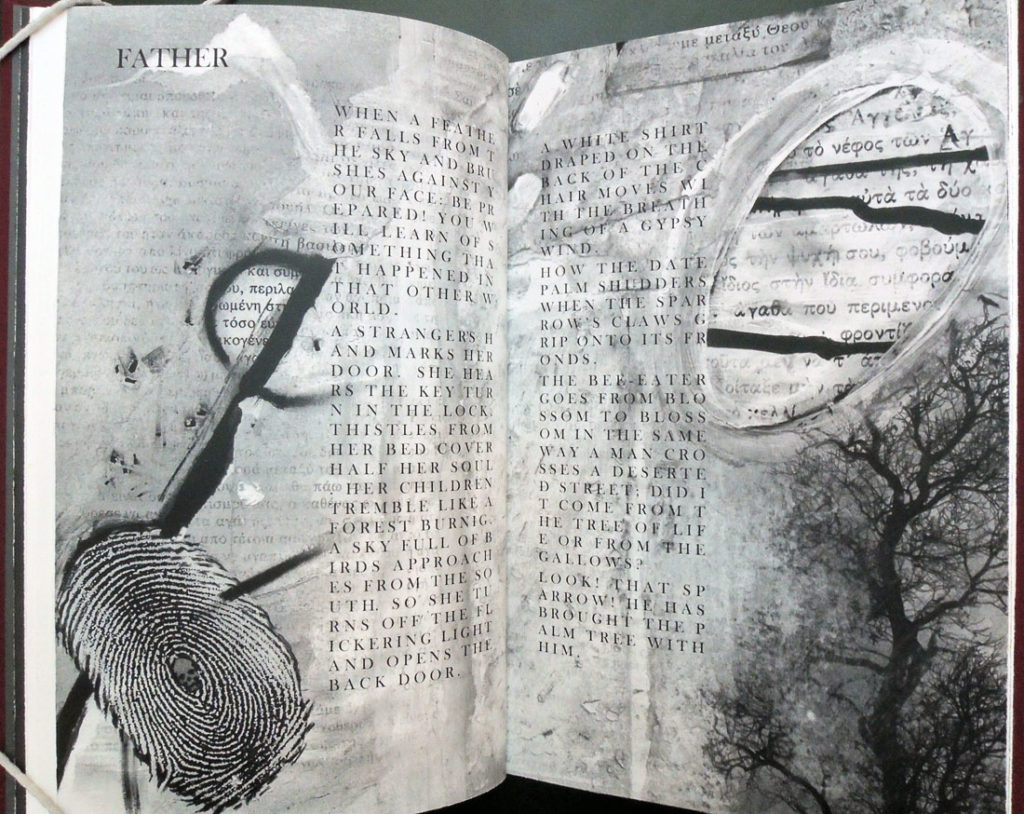