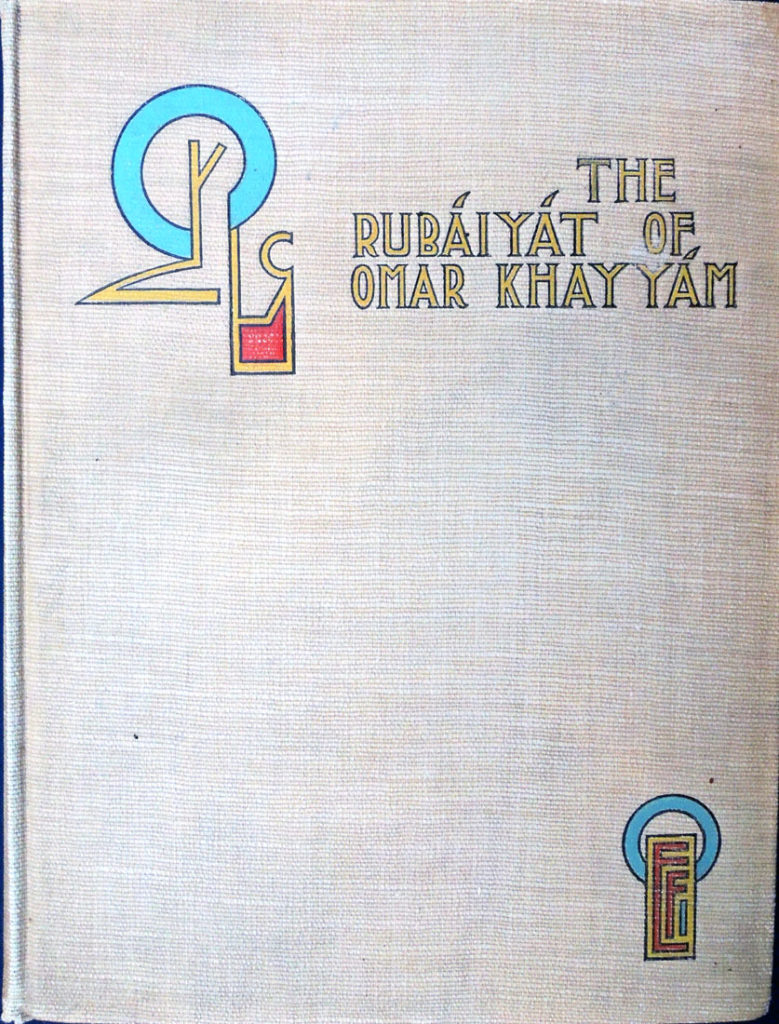 Over 100 editions of the Rubáiyát of Omar Khayyám (1048–1131) are listed in the Princeton University Library catalogue. Many have special bindings and illustrations. One of the most unusual was published in September 1905 by Dodge Publishing Company with illustrations by the California photographer Adelaide Hanscom (later Leeson, 1876-1932).

In 1903, Hanscom gathered writers and artists to her San Francisco studio and like Julia Margaret Cameron, dressed and posed them in exotic scenes for her book’s illustrations. Joaquin Miller (the pen name of Cincinnatus Heine Miller, 1837-1913), George Sterling (1869-1926) and George Wharton James (1858-1923) are thanked individually. Charles Augustus Keeler (1871-1937) was not, nor were any of the female models. 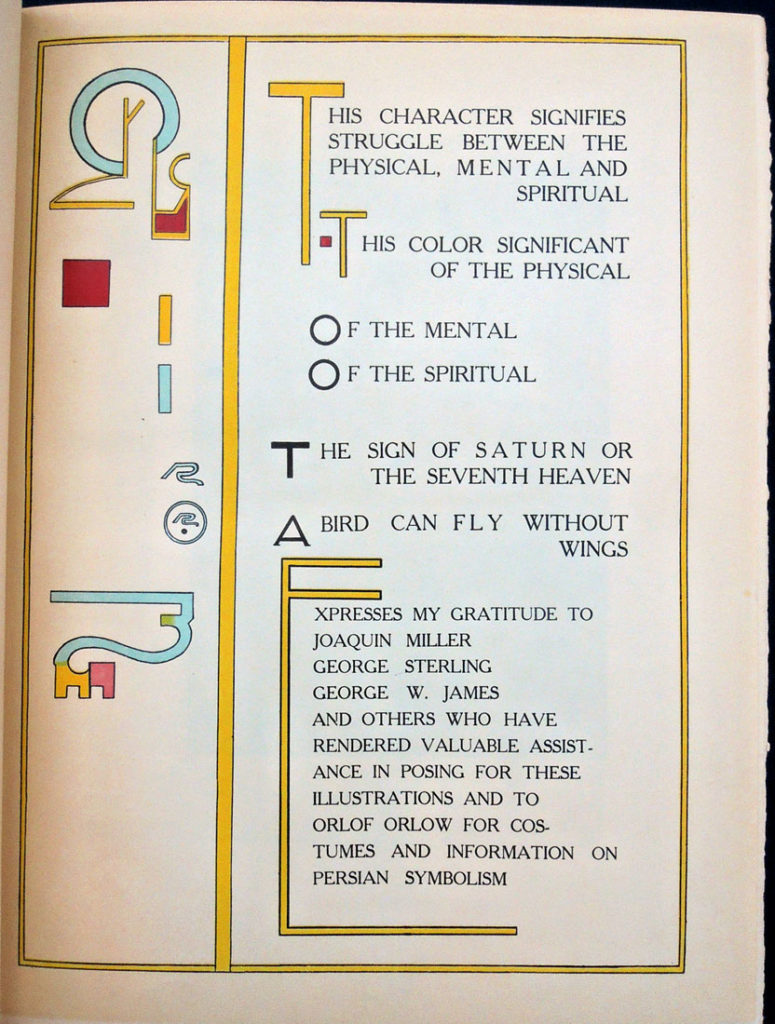 Hanscom not only took the photographs but also drew the borders. This edition was first announced in the column “Books and Authors” in the New-York Tribune on August 26, 1905: 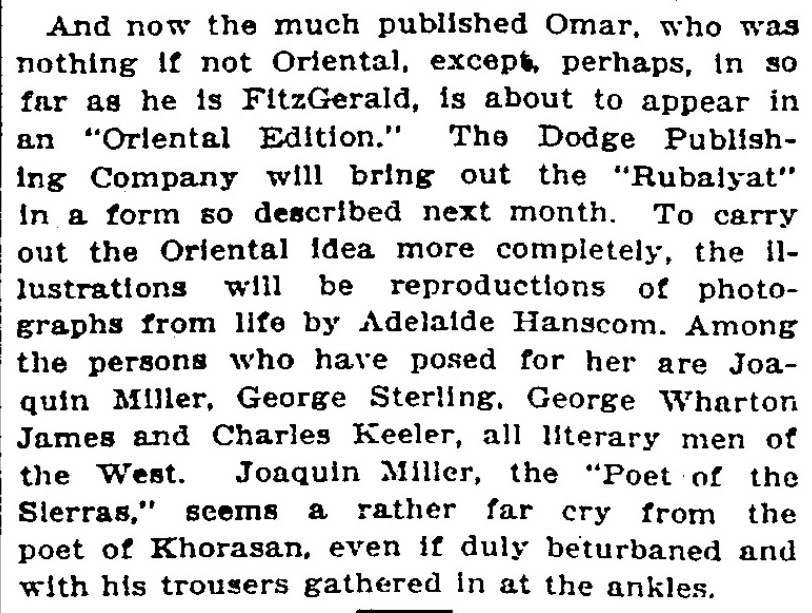 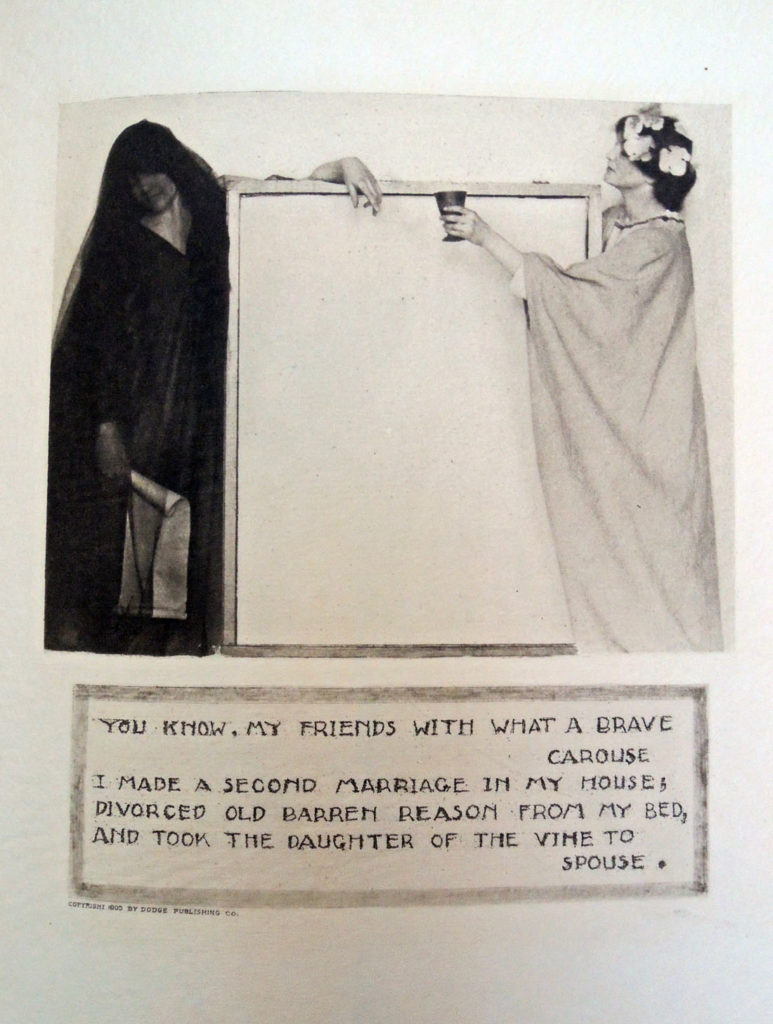 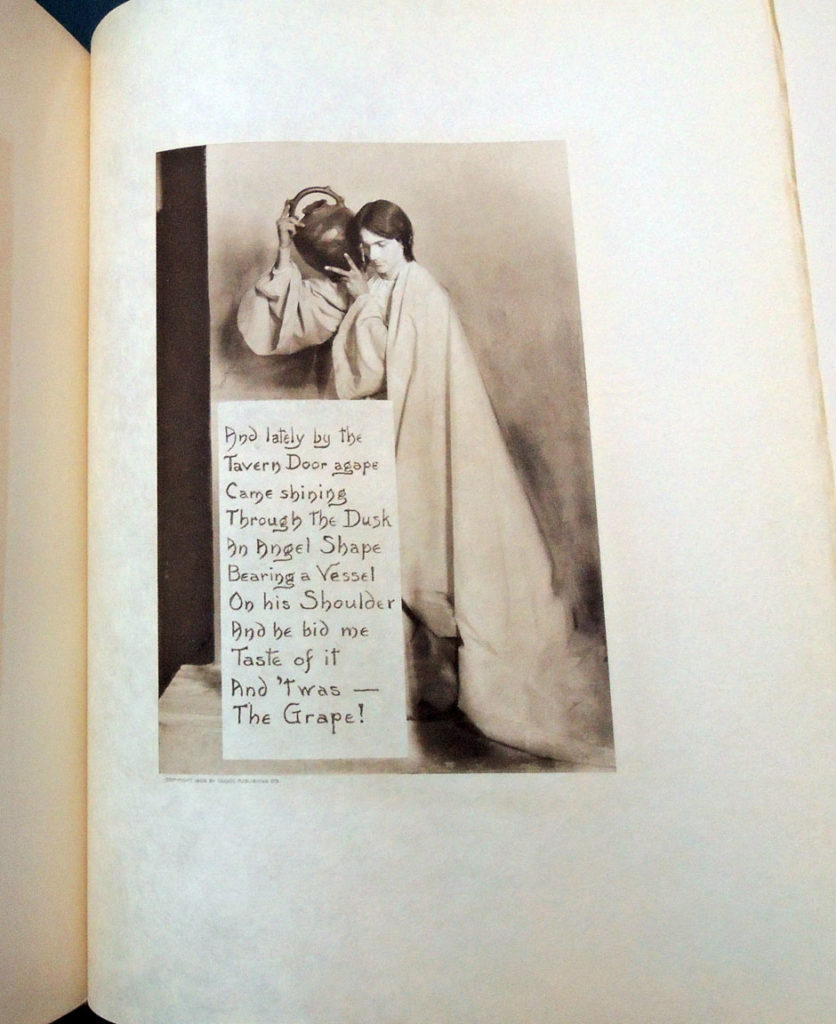 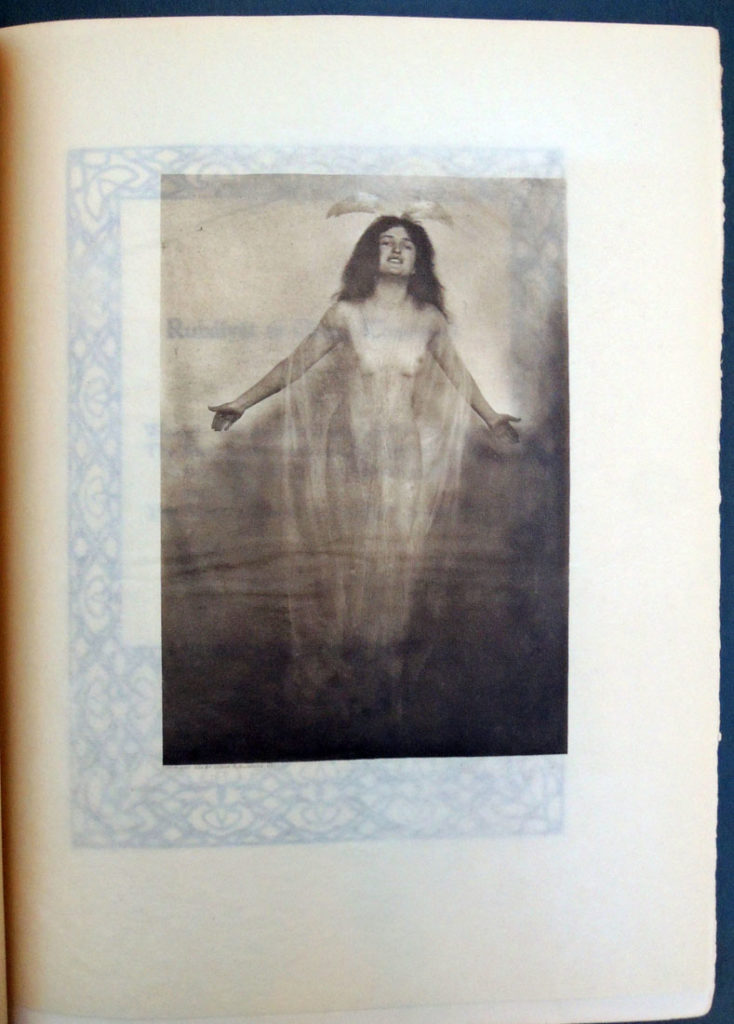 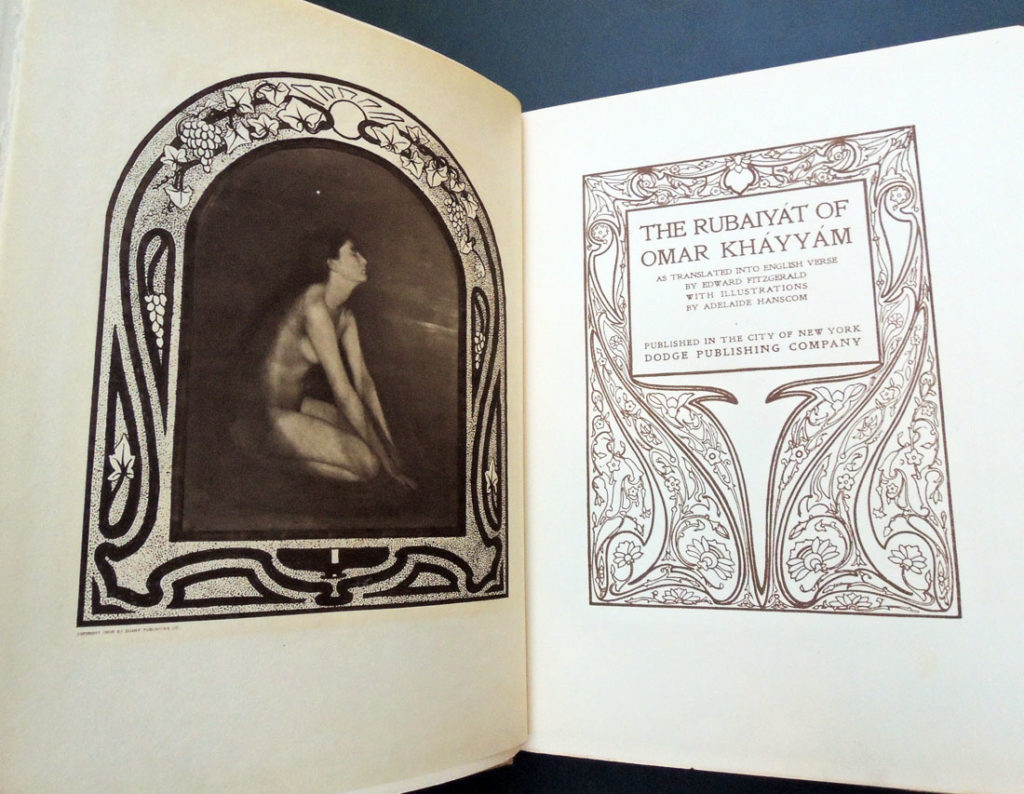 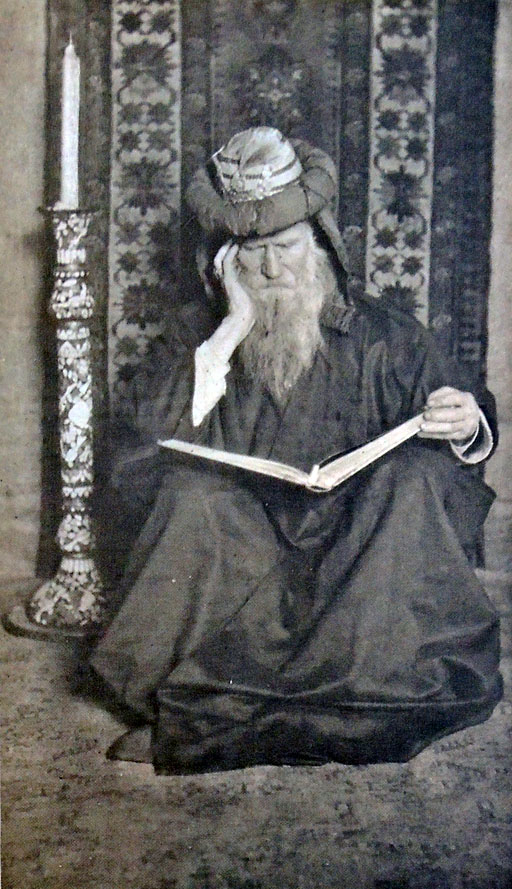 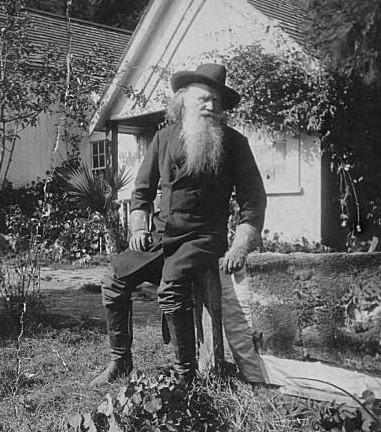 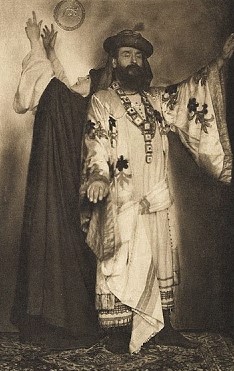 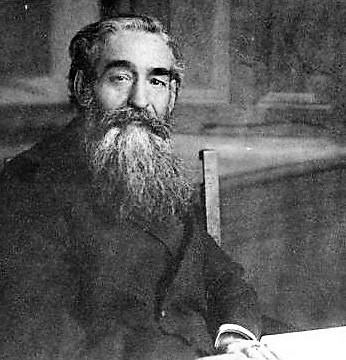 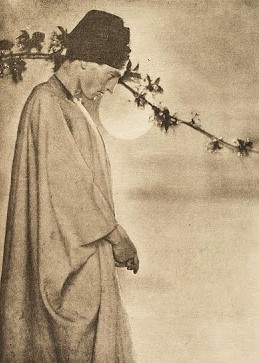 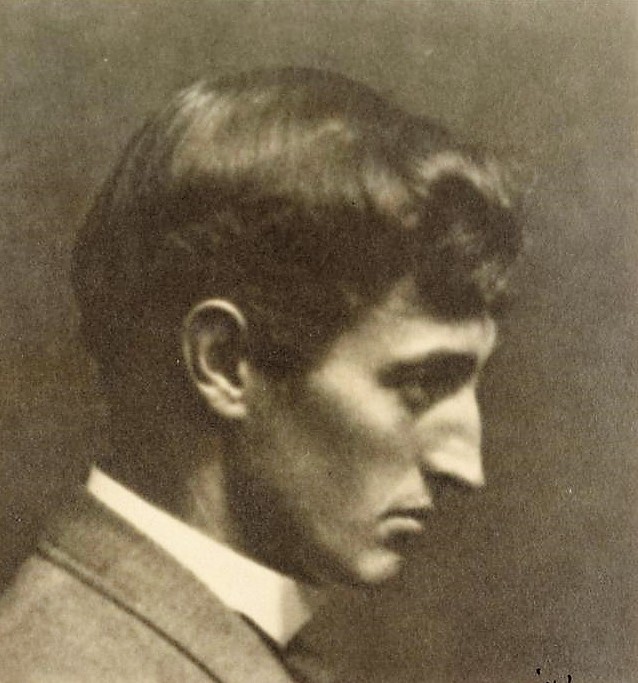