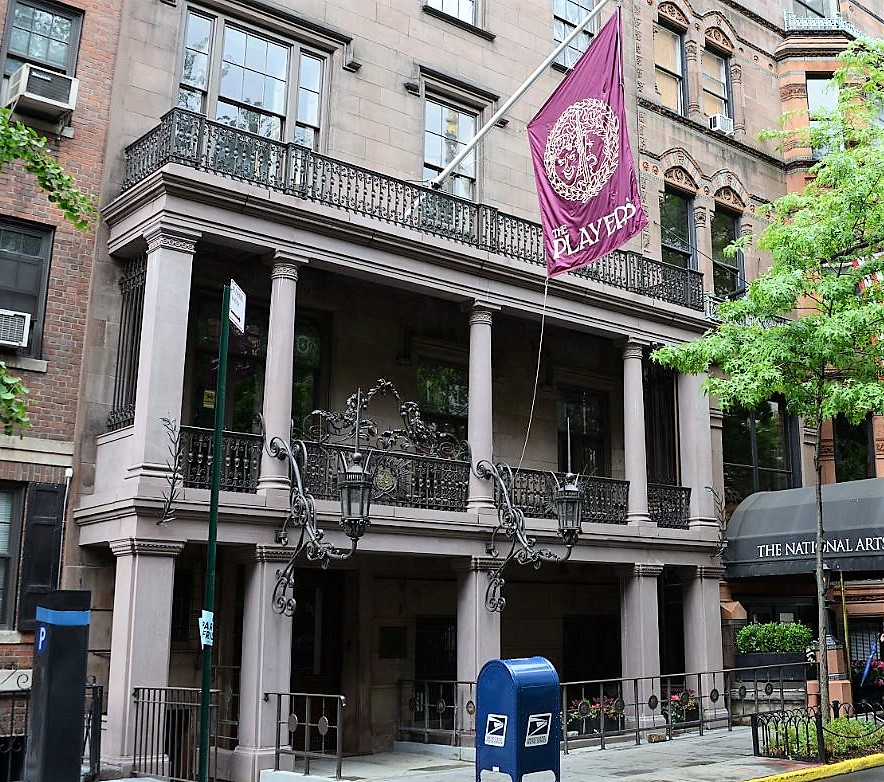 In May 1888, Edwin Booth (1833-1893) paid $75,000 to purchase a townhouse at 16 Gramercy Park South to give The Players Club a permanent home in New York City. According to Club history, the name, The Players, was suggested by author and friend Thomas Bailey Aldrich, after one of the lines from Jacques’ speech in Shakespeare’s As You Like It. Booth with fifteen colleagues and friends were the incorporators of The Players.

On January 28, 1903, Richard Hoe Lawrence (1858-1936) arranged a dinner at the Club for the ten members of the Society of Iconophiles and commissioned an engraving by Joseph Winfred Spenceley (1865-1908) to mark the occasion. Spenceley’s work goes unrecorded within the sets of Society’s member prints and may not have been editioned in time. Lawrence’s copy, with correspondence between the two men, is held in the Graphic Arts Collection.

Society of Iconophiles. History of the Society of Iconophiles of the City of New York: MDCCCXCV: MCMXXX, and catalogue of its publications, with historical and biographical notes, etc. Compiled under the direction of Richard Hoe Lawrence, president, assisted by Harris D. Colt and I.N. Phelps Stokes (New York, 1930). Graphic Arts Collection (GAX) Oversize 2010-0138Q

Society of Iconophiles. Catalogue of the engravings issued by the Society of Iconophiles of the city of New York, MDCCCXCIV – MCMVIII / Compiled by Richard Hoe Lawrence with an introduction by William Loring Andrews (New York: The Society, 1908). Graphic Arts Collection (GAX) Oversize 2009-0518Q