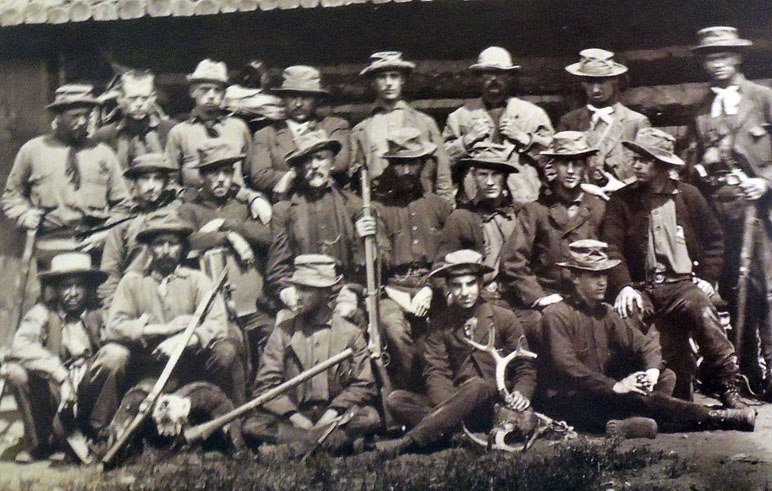 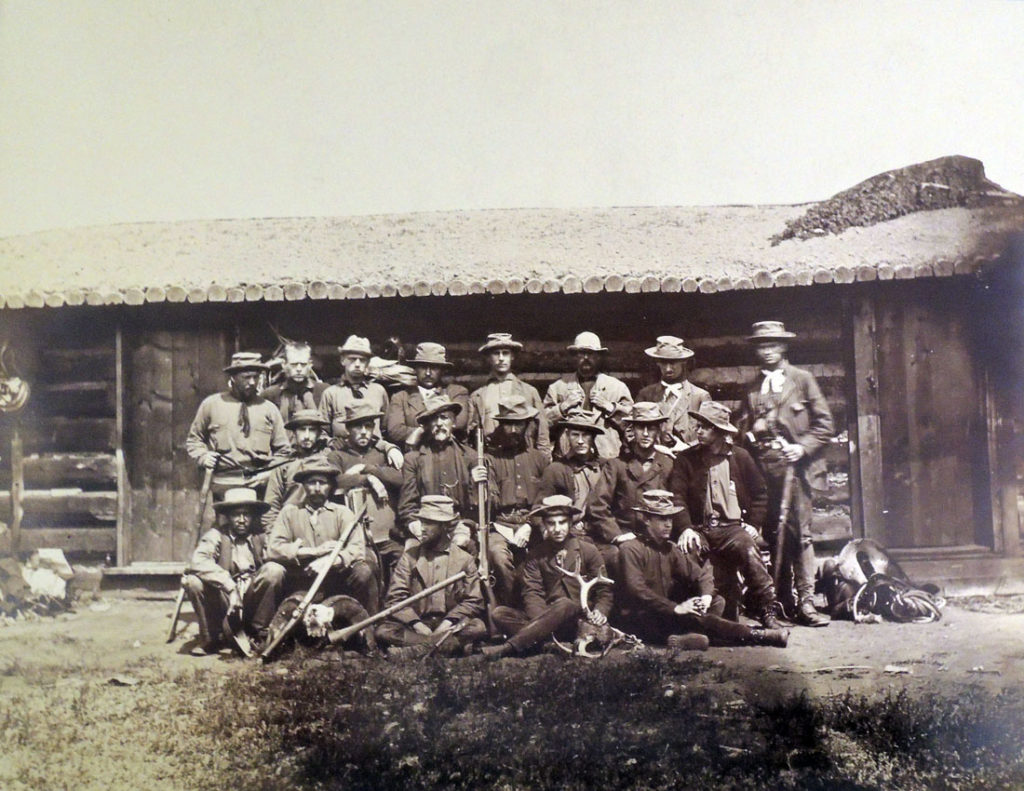 William Berryman Scott (1858-1947) was 15 years old when he passed the oral entrance examination to enter Princeton as a member of the Class of 1877. “It was at Princeton that Scott began a life-long friendship with Henry Fairfield Osborn and Francis Speir; the 3 were inseparable and were given the nickname “The Triumvirate” by their classmates. In their junior year, they were inspired by a Harper’s Magazine article describing O.C. Marsh’s Yale College Scientific Expeditions and decided to undertake their own expedition to the West in search of fossil vertebrates. Planning continued throughout their senior year, and in the summer of 1877 the first Princeton Scientific Expedition set out for Colorado and Wyoming.” — Peabody Museum of Natural History 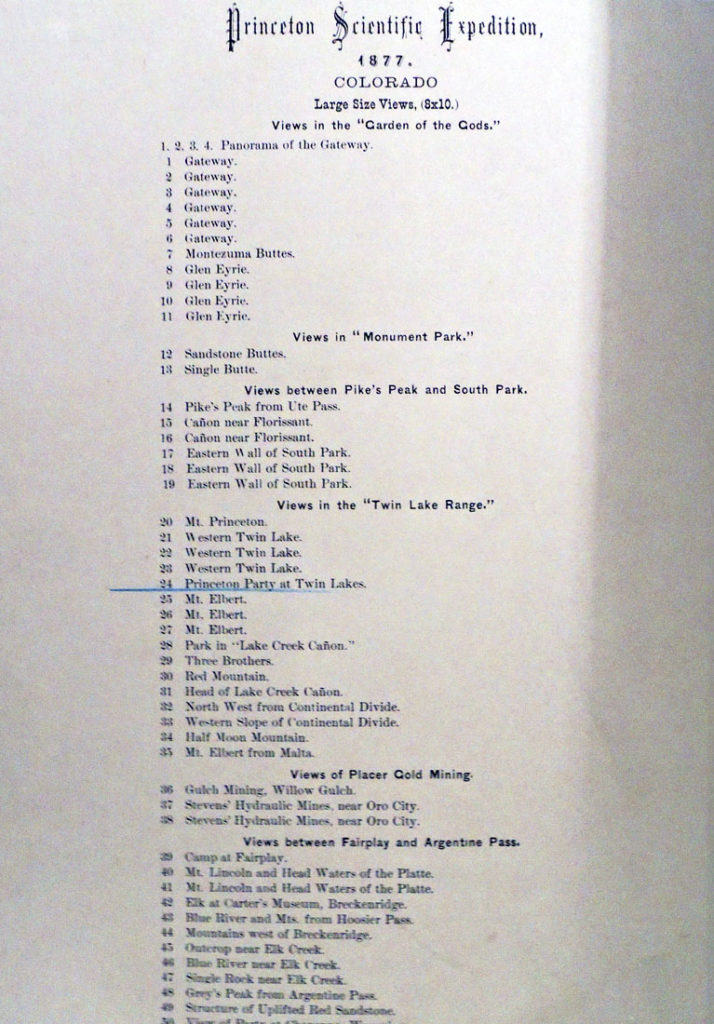 “In 1876 the Nassau Scientific Association was formed. It was organized by members of the class of ’77, and was An Association to undertake the work of Western Exploration. Under the leadership of Professors Brackett and Karge the first party started in the early part of the summer of 1877. The party was divided into two sections, the geologists, botanists and mineralogists working in Colorado, while the palaeontologists and typographers worked in Utah and Wyoming.” —Alumni Princetonian 1, No. 32 (20 March 1895)

“The University Library has recently received from Miss E. Leßaron Schanck, of Princeton, daughter of the late Professor Schanck, a full set of fifty large photographs of the Princeton Scientific Expedition to Colorado, in 1877. The expedition was composed of twenty members and was led by Professor C. F. Brackett and the late Professor Karge, whose military experience in the west was of great service.”–Daily Princetonian 26, No. 120 (11 November 1901)