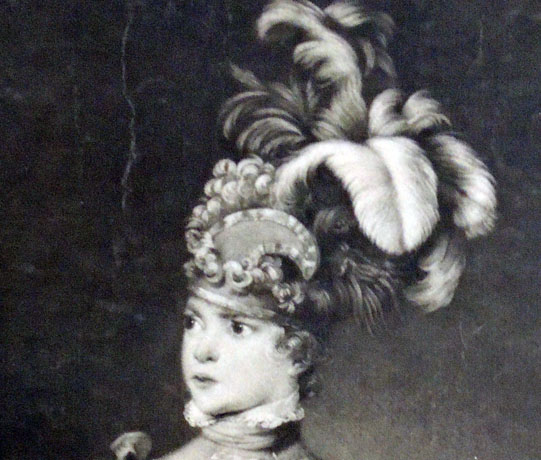 The Princeton theater collection holds many 18th-century British mezzotints of actors and actresses in some of their most popular roles. Below is a portrait of Frances Kemble (1759-1822), the younger sister of Sarah Siddons, who married Shakespearean scholar Francis Twiss. It is an early proof before the engraved lettering was added. 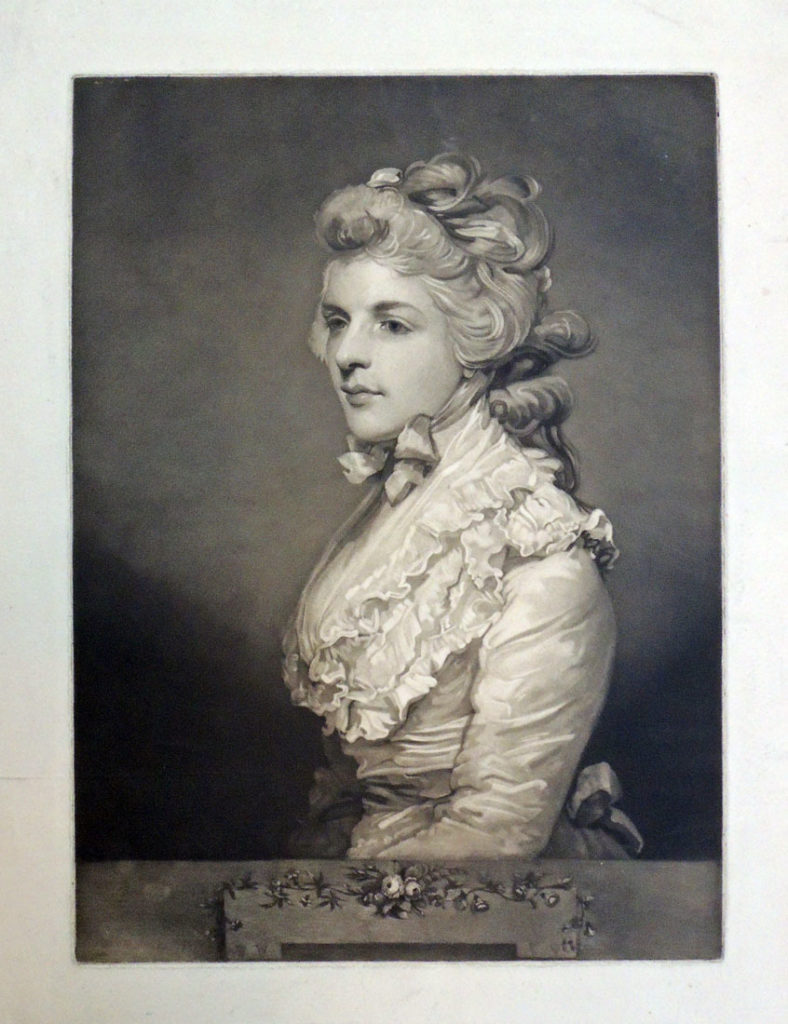 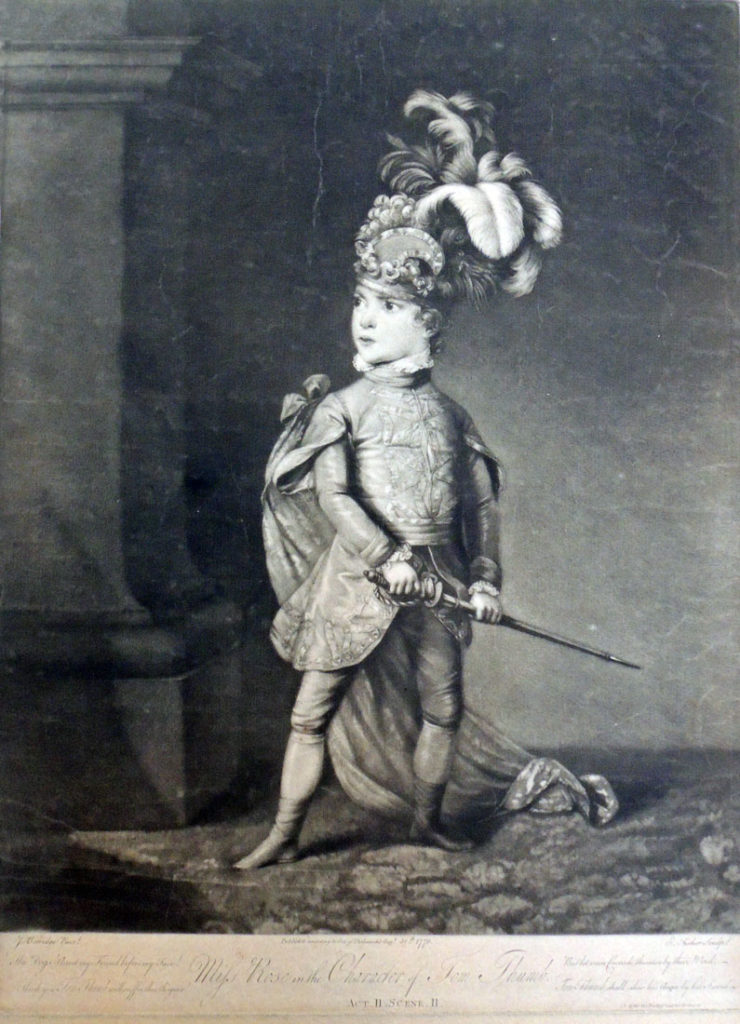 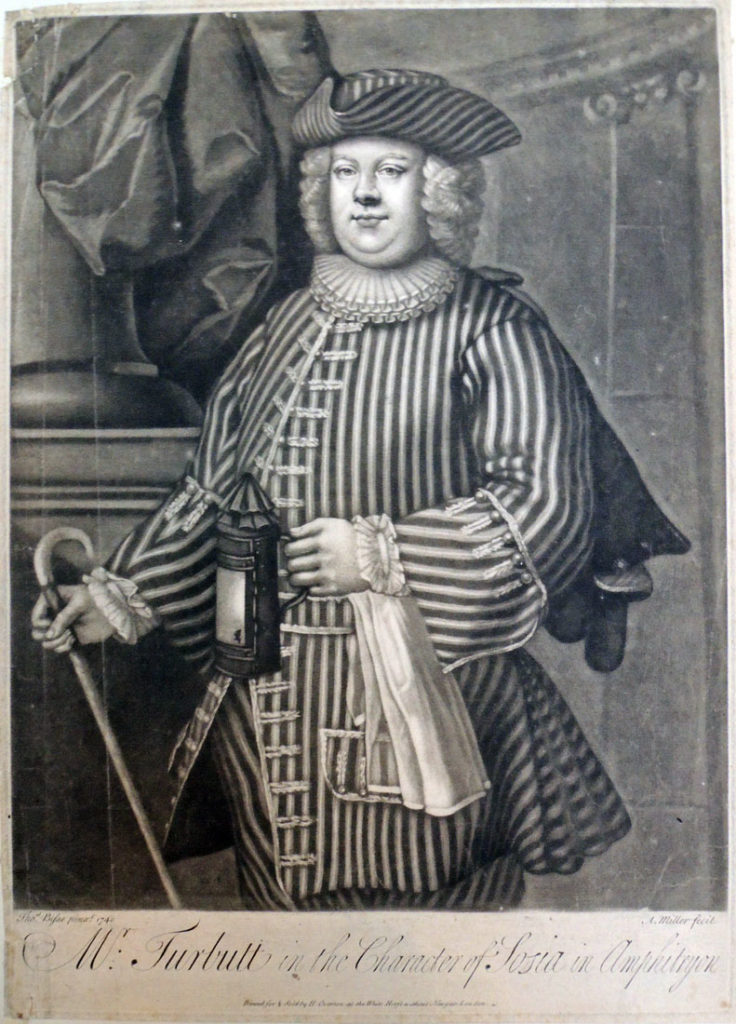 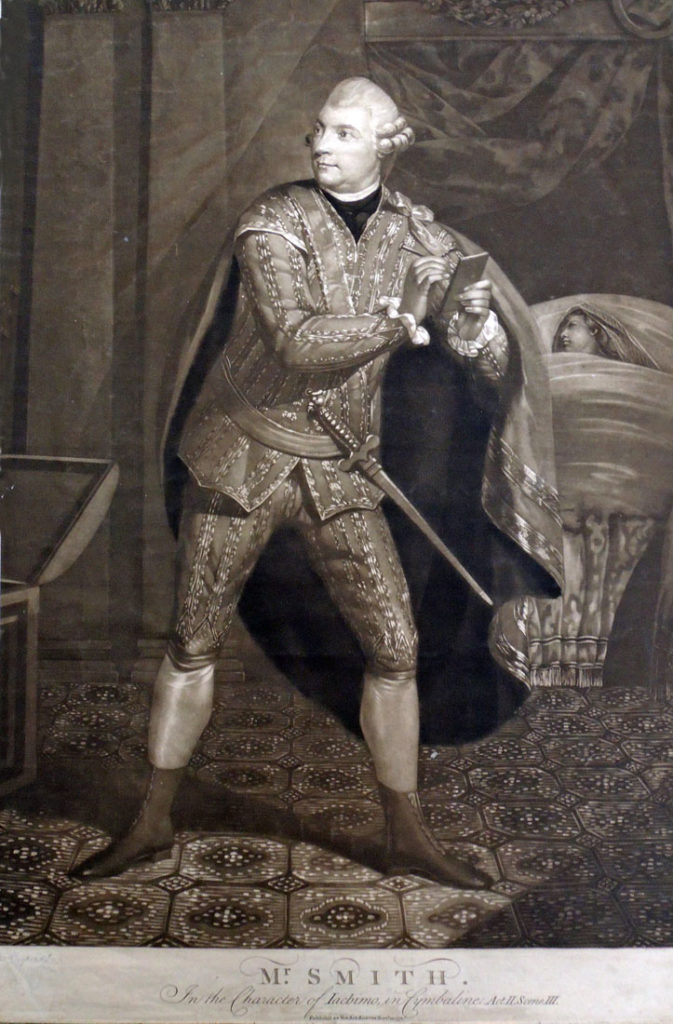 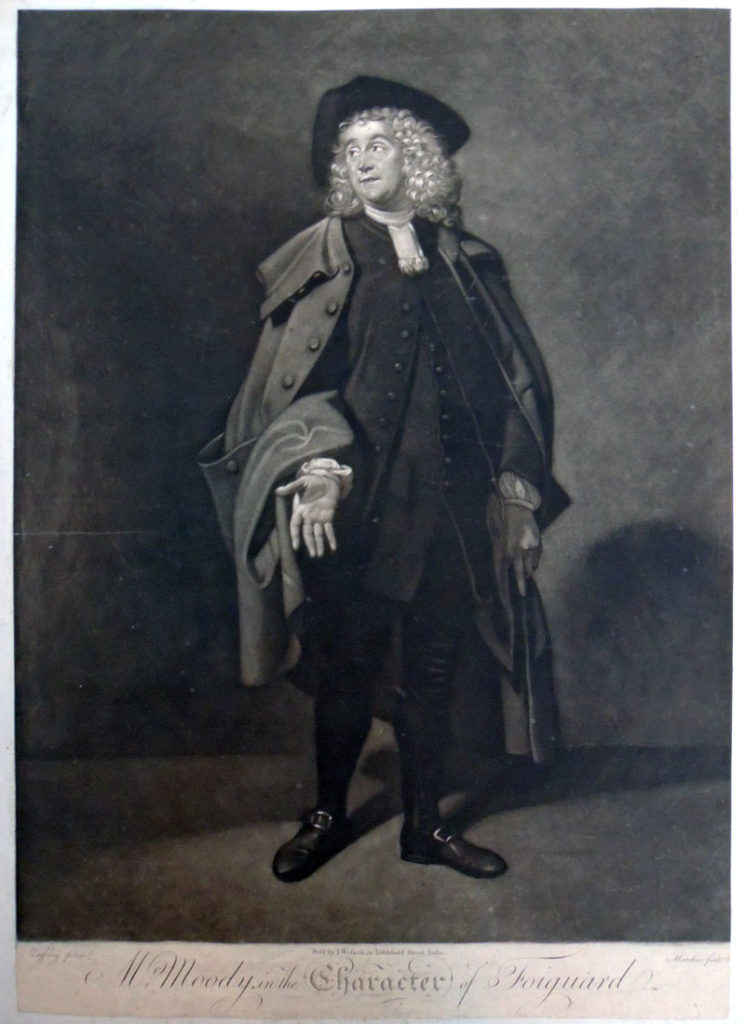 This is a portrait of John Moody (born John Cochran, 1727-1812) as the Irish priest Foigard in George Farquhar’s The Beaux Stratagem.