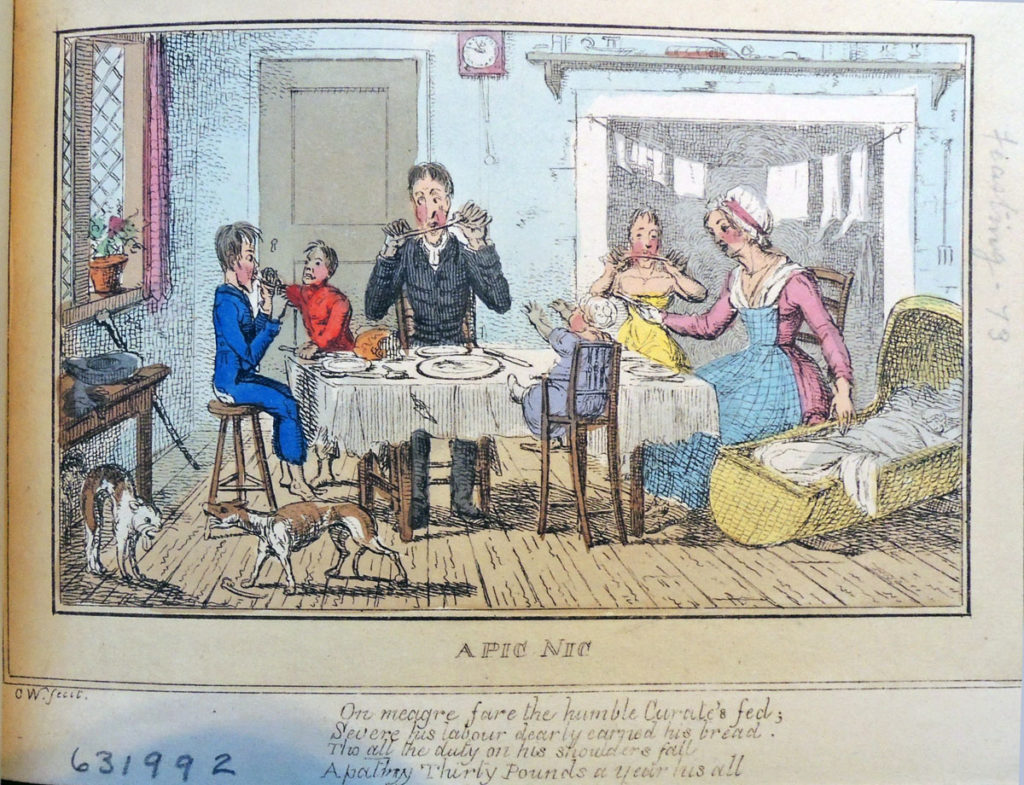 In the print titled “A Pic Nic,” a family gnaws bare bones at a table covered with a ragged cloth.  Note the stand-off between the starving cat and dog. The poem reads:
On meagre fare the humble Curate’s fed;
Severe his labour—dearly earned his bread.
Tho all the duty on his shoulders fall
A paltry Thirty Pounds a Year his all. 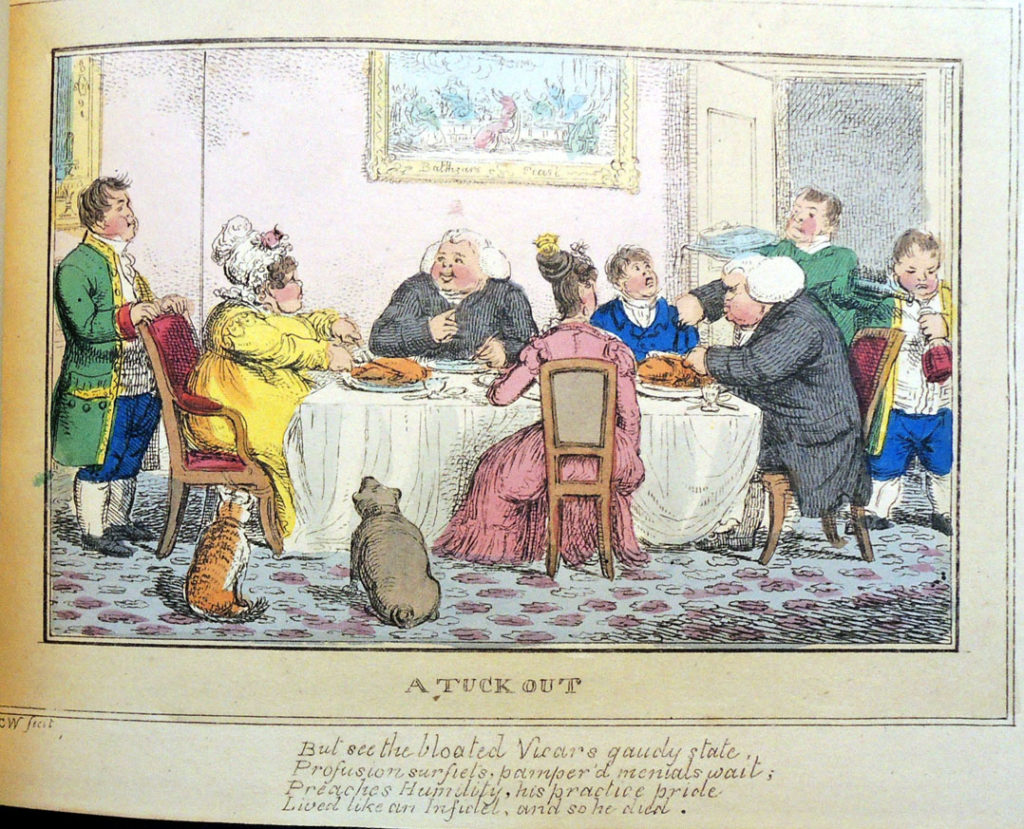 “A Tuck Out” features a well-fed family attended by three liveried footmen, feasting on a sucking-pig, possibly a pheasant, and other dishes. Dorothy George was able to identify the picture on the wall as “Balthezar’s [sic] Feast”. This poem reads:
But see the bloated Vicars gaudy state,
Profusion surfiets, pamper ‘d menials wait;
Preaches Humility, his practice pride
Lived like an Infidel, and so he died. 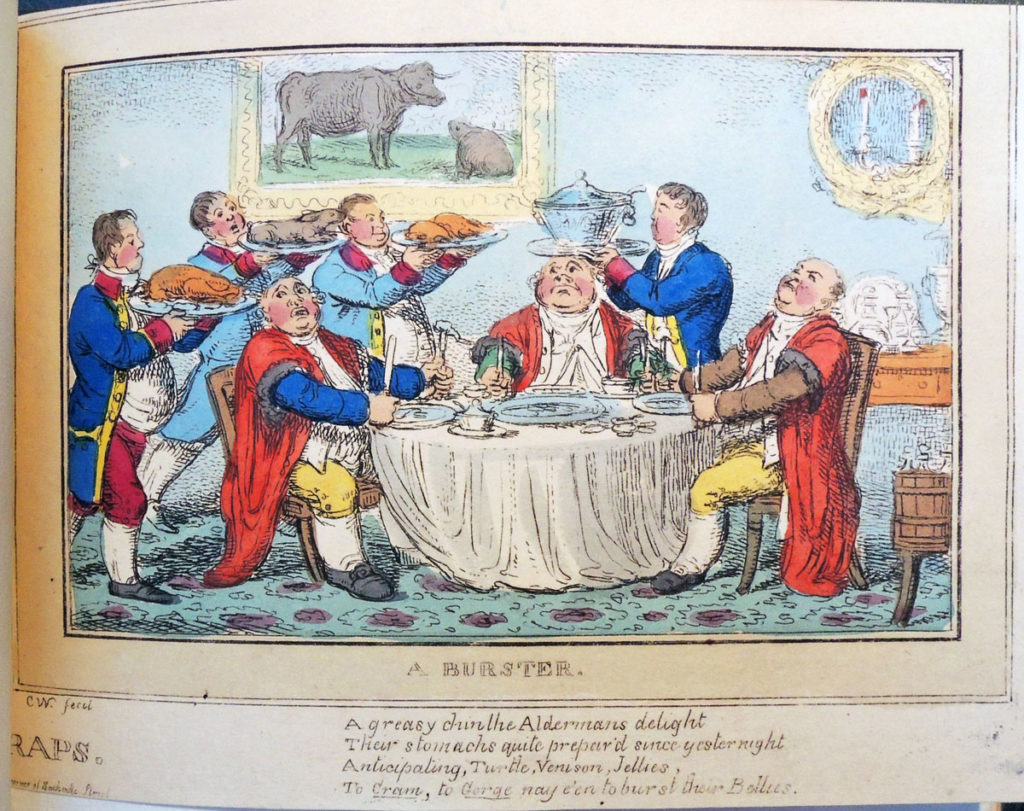 At the dinner for “A Burster”, we can spot a large tureen of soup, pheasant, hare, pig, sausages, wine, and a painting of a frog looking at an ox. The poem reads:
A greasy chin the Aldermans delight
Their stomachs quite prepaid since yesternight
Anticipating, Turtle, Venison, Jellies,
To Cram, to Gorge nay e’en to burst their Bellies. 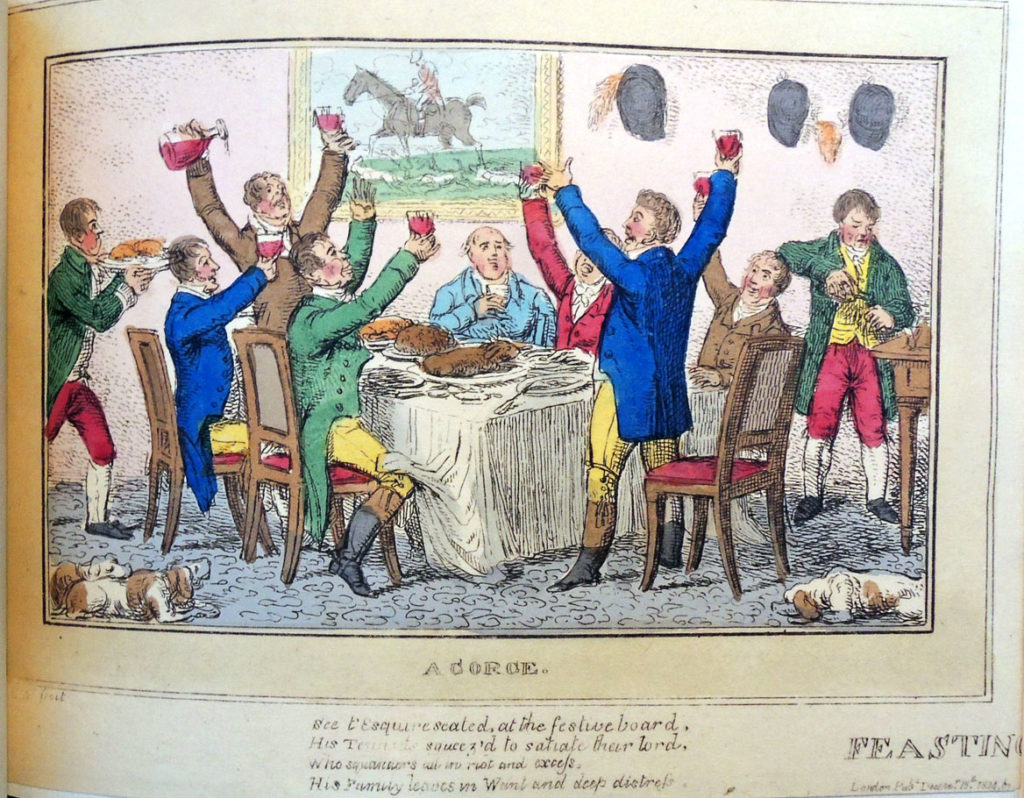 The final scene, “A Gorge” shows seven fox hunters (their caps are hung on the antler coatrack) drunk and partying. The two servants can barely keep up and their hounds are already falling asleep. Their poems reads:
See l’Esquire seated, at the festive board,
His Tenants squeez’d to satiate their lord,
Who squanders all in riot and excess,
His Family leaves in Want and deep distress.

**Williams also drew under the pseudonyms Argus; C. Lamb; Ansell; Tom Truelove; Timothy Squib and others. He should not to be confused with the American caricaturist William Charles.