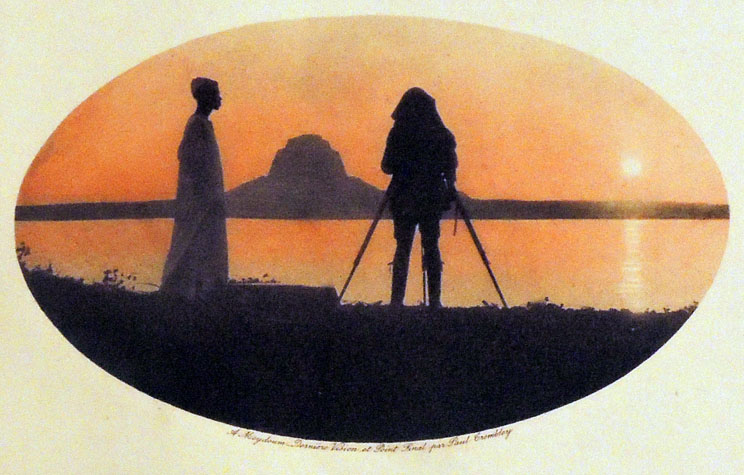 “Fred Boissonnas (1858-1946) was invited to Egypt in 1929 by King Fuad I to take photographs for the lavish publication L’Egypte (1932), and he returned to complete his Egyptian journey in 1933. During the later trip he embarked on a photographic expedition to Mount Sinai, following the route of the Israelites as recorded in the book of Exodus, and photographing the traditional biblical sites that he encountered on his journey. This work became the book project he never finished.”–Boissonnas in Egypt 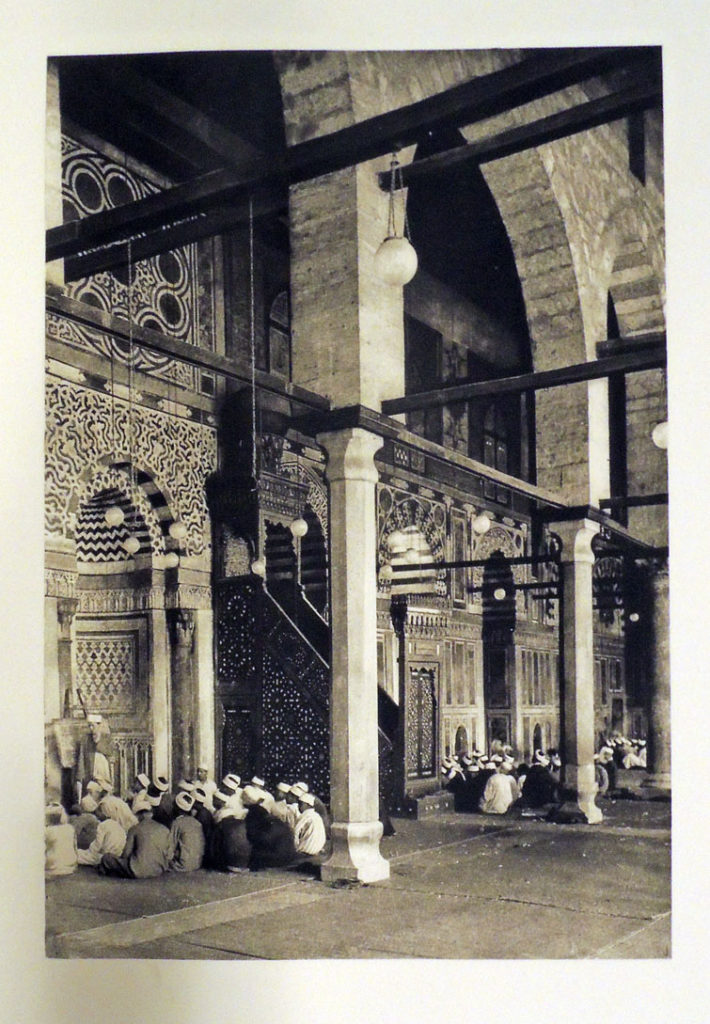 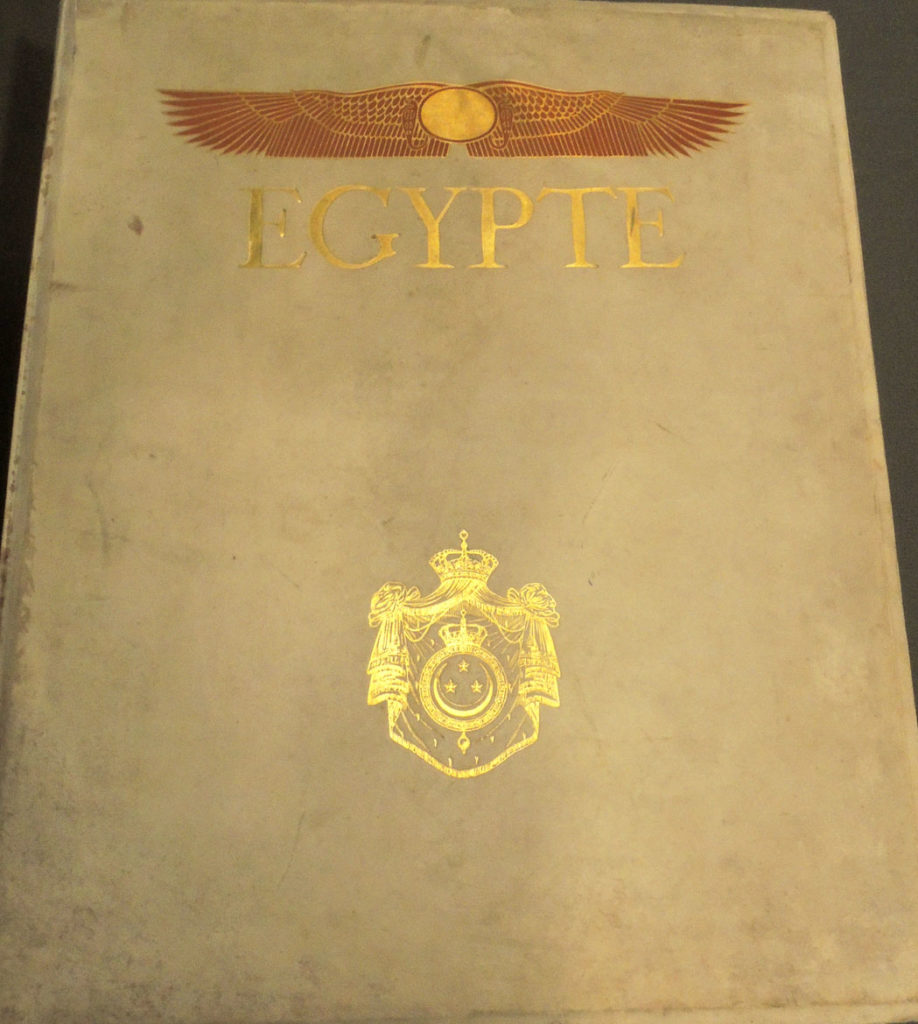 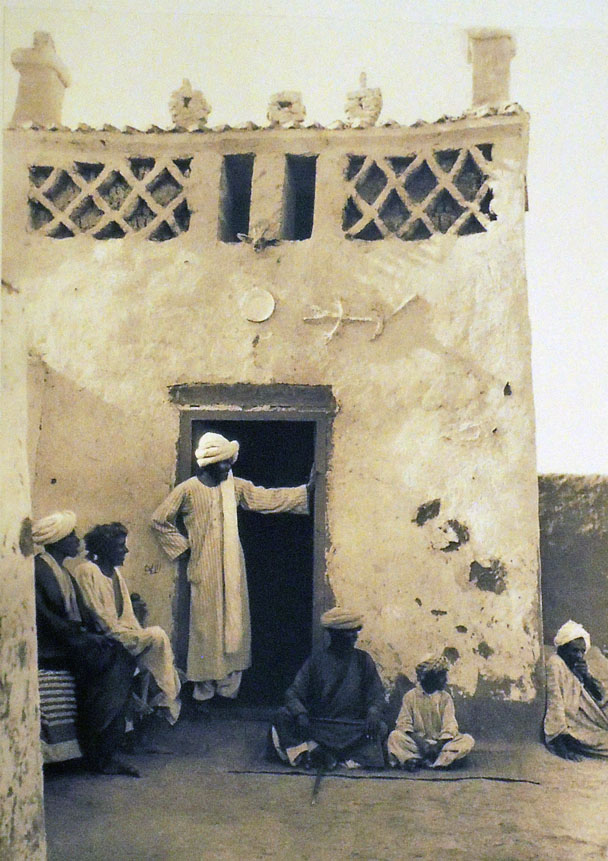 Swiss photographer François-Frédéric Boissonnas (1858-1946) was 71 years old when he received the commission from the King of Egypt and Sudan, but he was up to the task having already produced two dozen books of photographs.

“L’Egypte, which was published in 1932, is a fascinating example of the art of nation-branding. Royal patronage gave Boissonnas free rein to go where he wanted (only Tutankhamun’s mummy remained out of bounds due to stipulations from Howard Carter’s editors) . . . The book featured essays on the glory days of the pharaohs, on the Greeks, Romans and Copts, and the medieval period when Islamic culture flourished. The Ottoman Empire got a brief mention (King Fuad’s ancestor was a renegade commander who seized power from the Sultan at the beginning of the 19th century) but the British protectorate was conspicuously absent. This was soft power at its most sophisticated.” –Fleur Macdonald, “The Swiss Photographer Who Rebranded Egypt,” The Economist (November 8, 2017).

The typography for this luxury publication was by the Paris firm of Ducros et Colas and the photogravures were printed in Paris by Leblanc and Trautmann (who were also Pablo Picasso’s printers). The entire edition was printed on a special handmade paper by Van Gelder of Amsterdam and each book bound in full parchment with gold ornaments and color by Jacques Wendling. 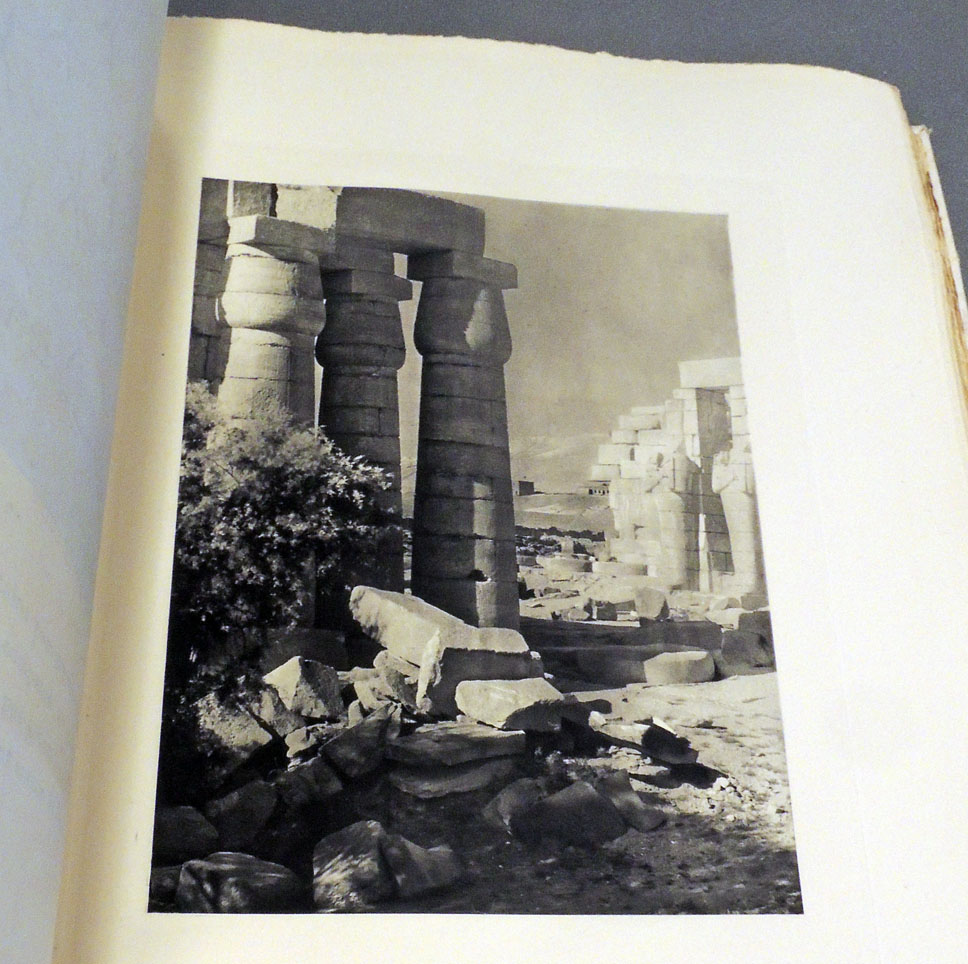 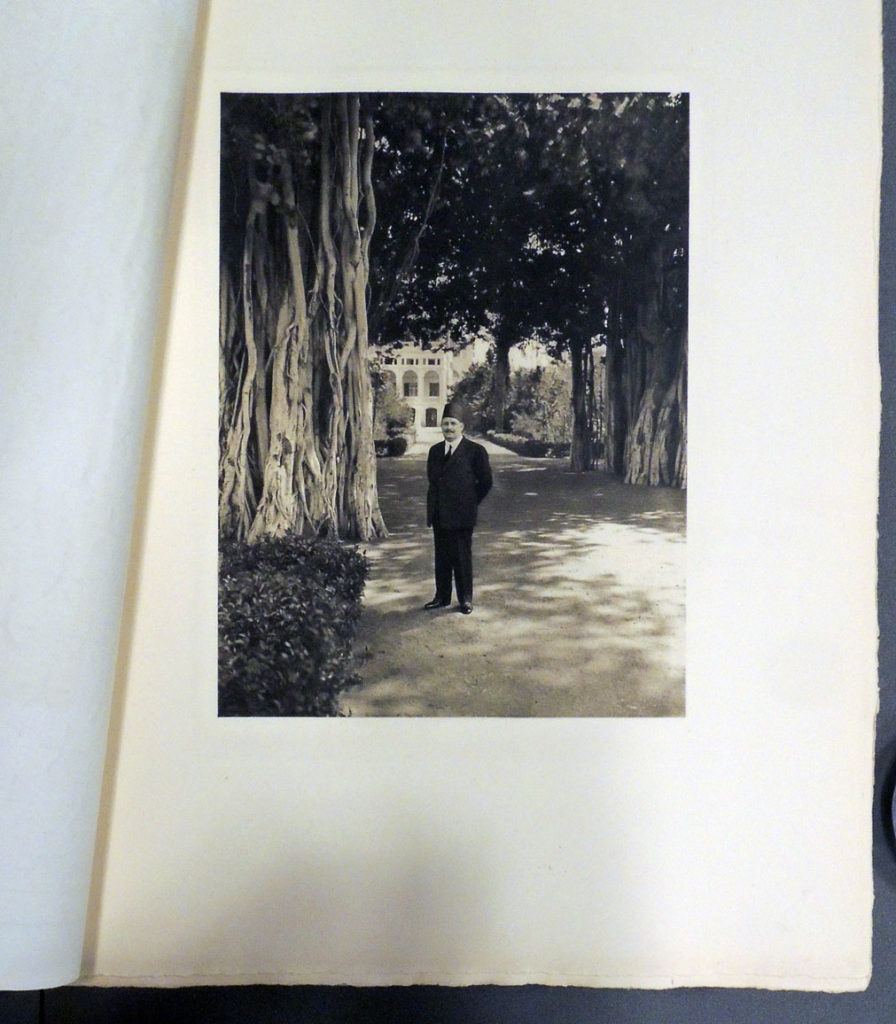 This is Boissonnas’s portrait of Fuad I (1868-1936) King of Egypt and Sudan, Sovereign of Nubia, Kordofan, and Darfur. 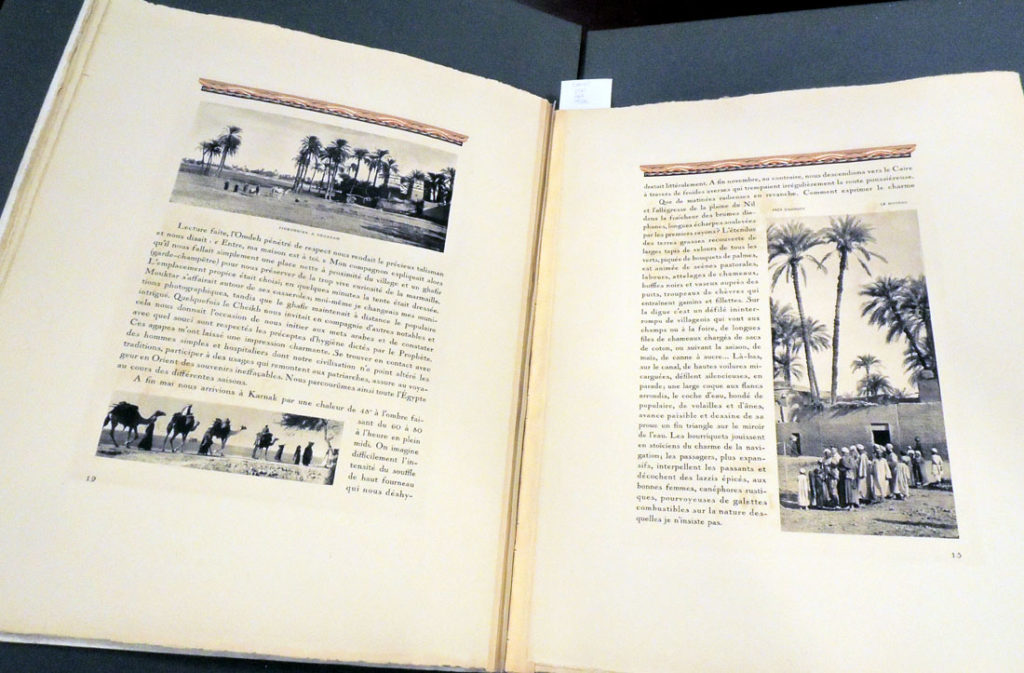 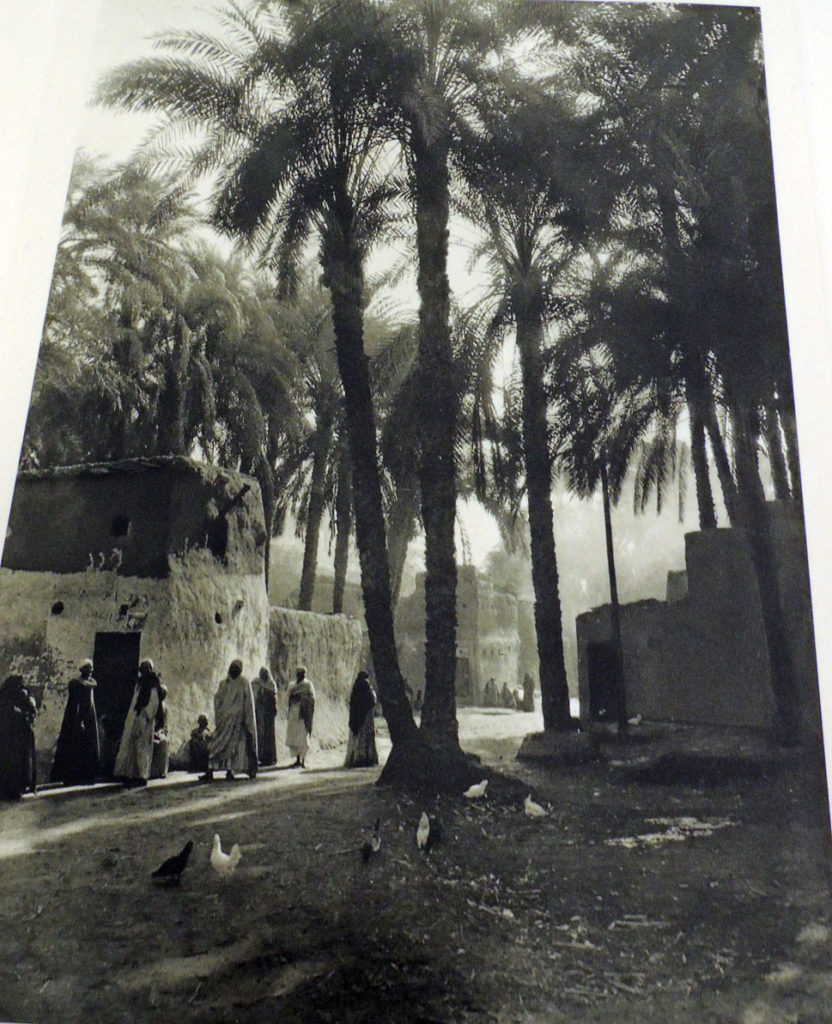 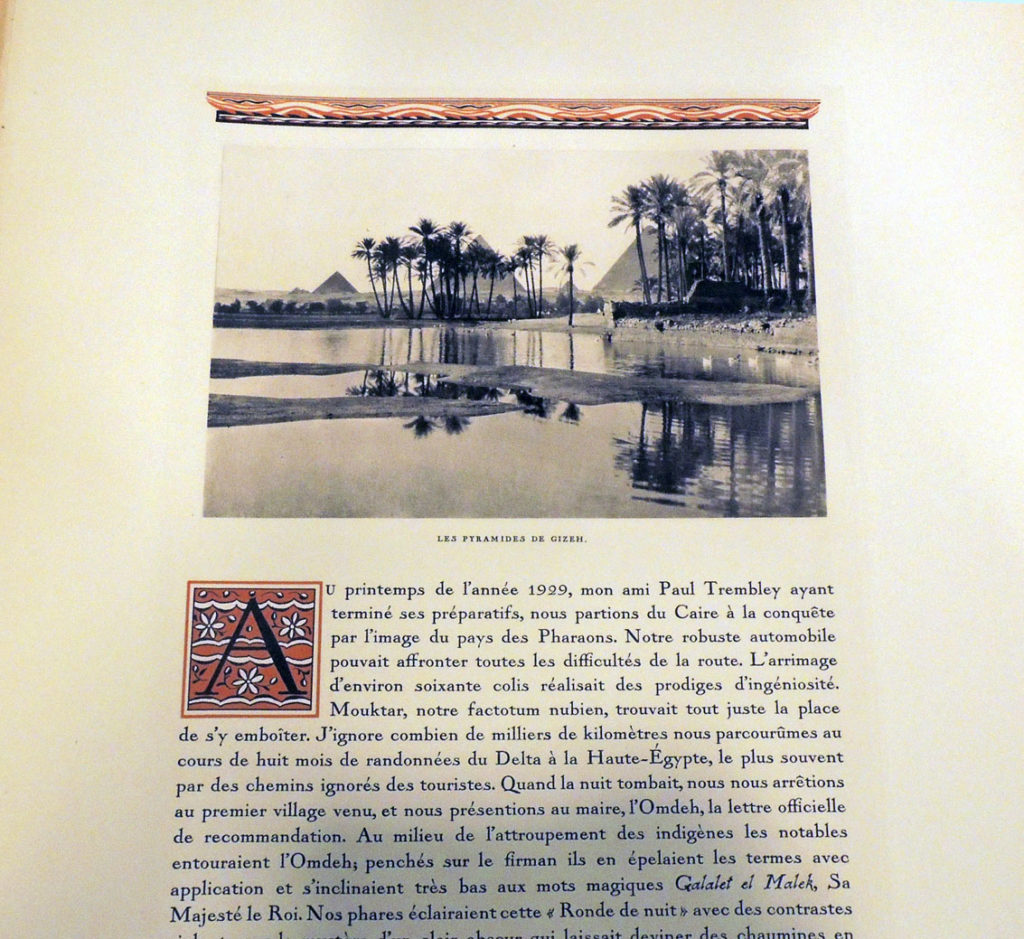 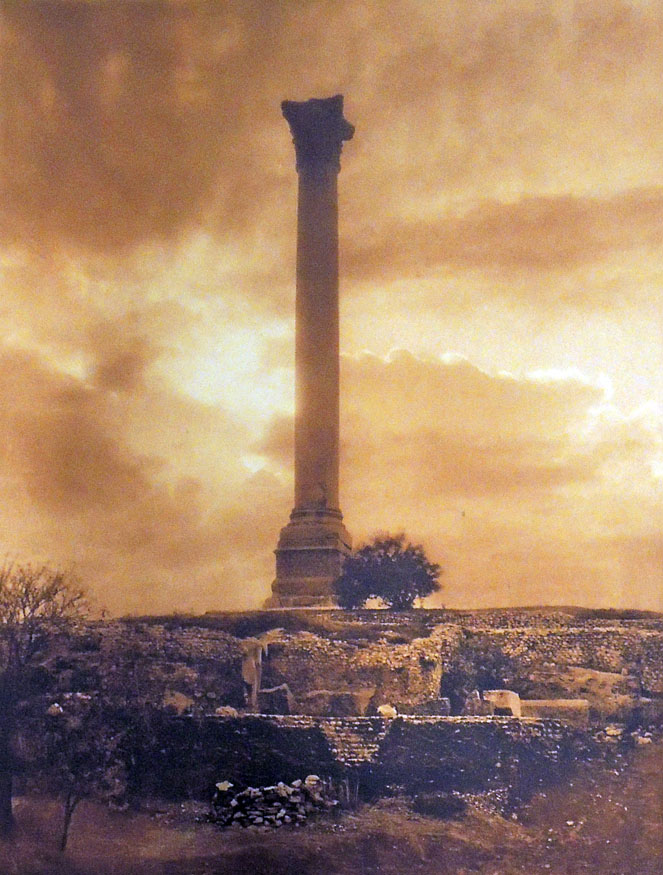 If you are in London over the winter holidays, you can visit the exhibition “Boissonnas in Egypt” at the Saint Catherine Foundation. We have already missed the November conference. To learn more, see: https://www.saintcatherinefoundation.org/boissonnas-in-egypt 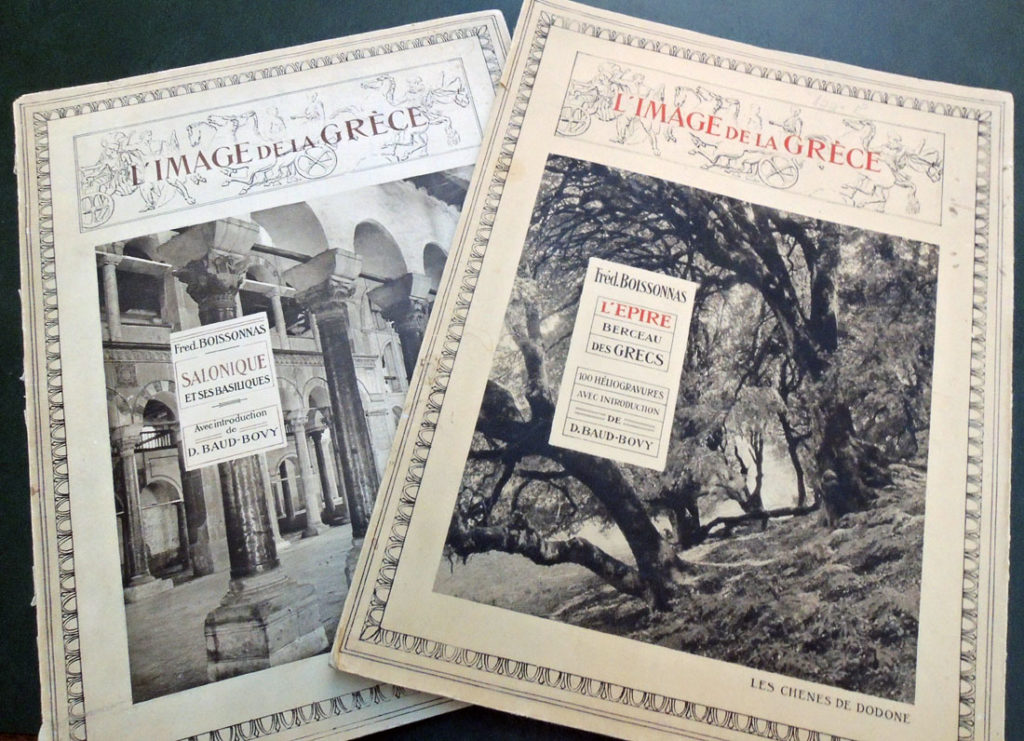 See also his many other books, most in rotogravure (that is, printed with a screen, not continuous tone images).