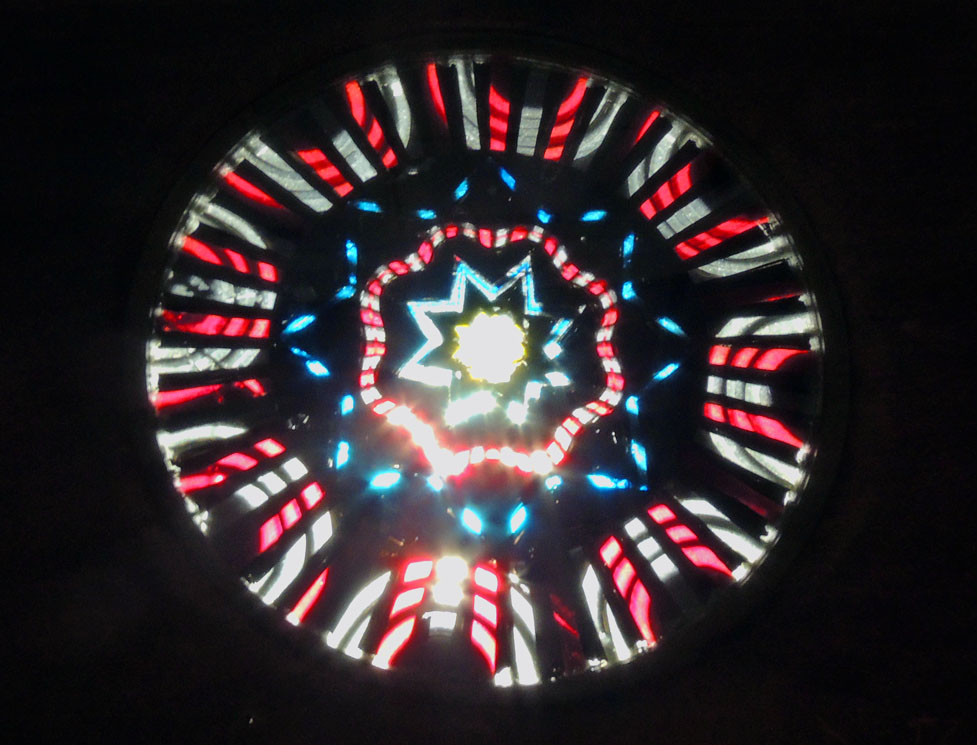 My apologies for not recognizing the death of Richard J. Balzer (1944-2017) earlier. He would have been more on top of it. His website remains: http://www.dickbalzer.com/. I recommend the Balzer “Life Map” http://balzerdesigns.typepad.com/balzer_designs/2017/12/richard-j-balzer-life-map.html created by his daughter. 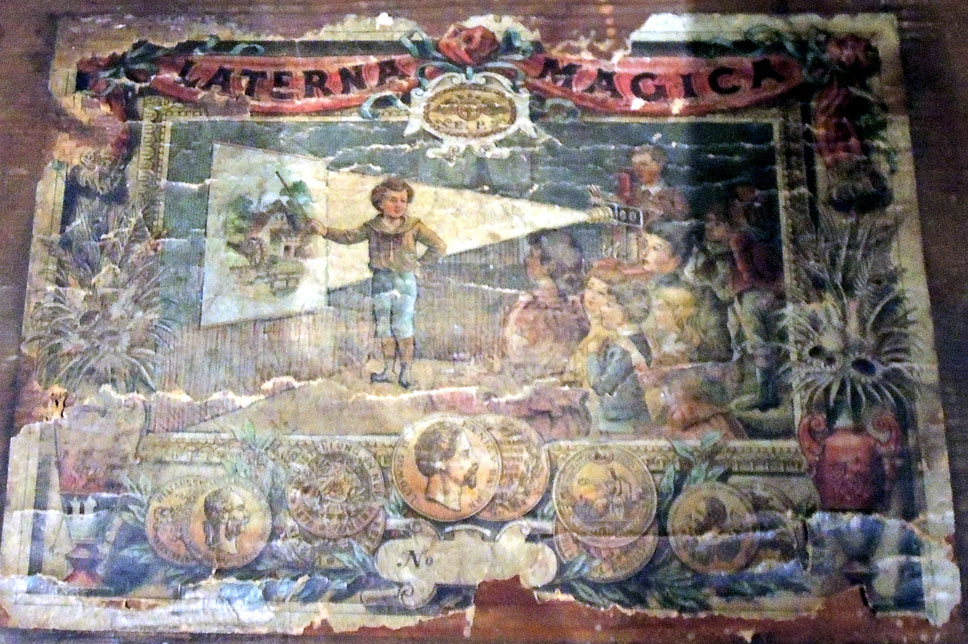 I would say I’m lucky to have visited the collection but honestly, I don’t know anyone who was ever turned down. I accompanied classes from Boston area colleges, visiting photographers from China, Print Council of America, and The Magic Lantern Society several times, in addition to sending Princeton students individually. His door was always open and the megalethoscope loaded with a slide. 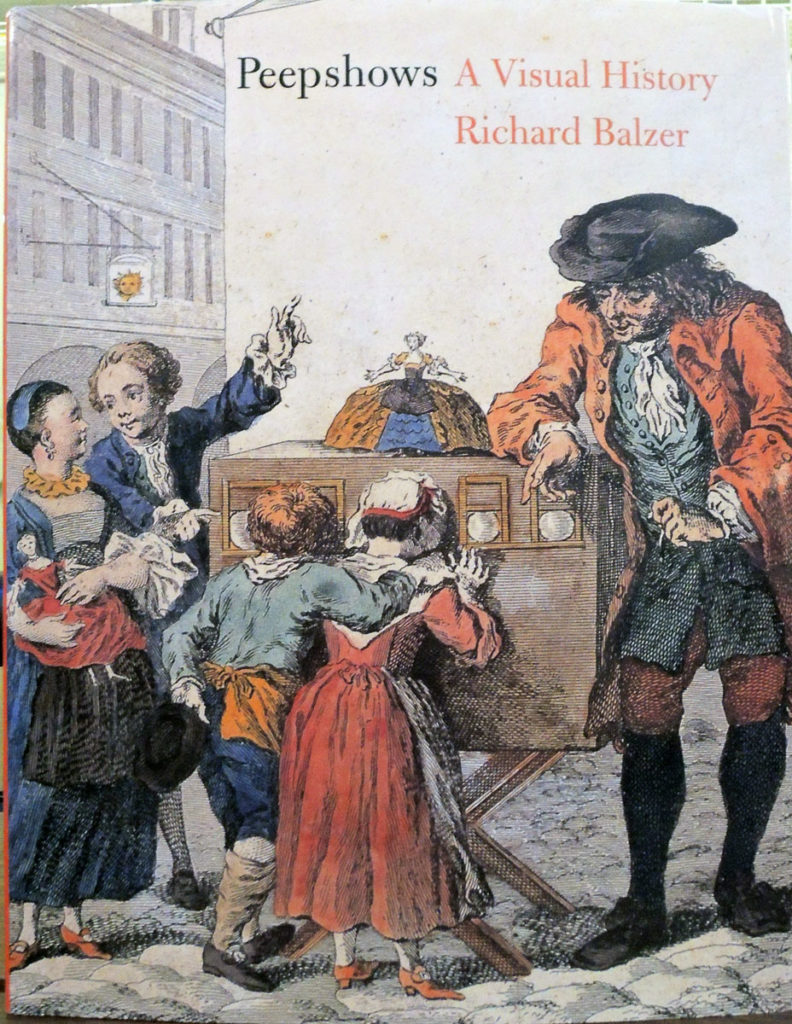 We all know Dick Balzer from his seminal volume Peepshows: a Visual History (Abrams, 1998) but by my count, he was involved in over 35 books. Those of us who only know his anamorphic slides, transformation prints, and peep eggs forget his day job. Harvard’s Kennedy School notes:

Richard J. Balzer has worked globally as an organizational consultant focused on leadership, strategy, and organizational change for over thirty years. He has served as a coach and advisor to chief executives and board chairmen. His clients have included British Petroleum, Standard Chartered Bank, Goldman Sachs, NBC, and the NBA. Balzer has also worked with a number of unions including the United Auto Workers, the United Steelworkers, the International Machinist Union, and the Harvard Union of Clerical and Technical Workers promoting joint labor-management efforts. A writer and photographer, he is the author of five books including Clockwork: Life In and Outside An American Factory, Next Door Down the Road and Around the Corner, and China Day By Day. He currently serves as the chairman of the Petra Foundation, an independent organization that identifies and awards grants to community-based leaders who work to address human rights and social justice issues throughout the United States. He is a graduate of Cornell University and Yale Law School.

They forgot the privately printed: The Print Council of America annual meeting, Boston, May 2, 2015, exhibition at the Richard Balzer Collection (2015). I’d post it but it is only for those members who made the trip, as per Balzer’s specification.

I’m sorry to have missed the service at the Center for Public Leadership at the Harvard Kennedy School, would have made the trip. Bryan Marquard of the Boston Globe has an obituary, “Dick Balzer, 73; expressed curiosity, passion in pursuits” from January 10, 2018: http://edition.pagesuite.com/popovers/article_popover.aspx?guid=bd94fa67-2ef0-4089-83a3-c6308d86e988. Larry Rakow wrote a terrific remembrance in the current newsletter for the Magic Lantern Society of USA. Here’s small screen shot but you should join the organization if you like reading it. 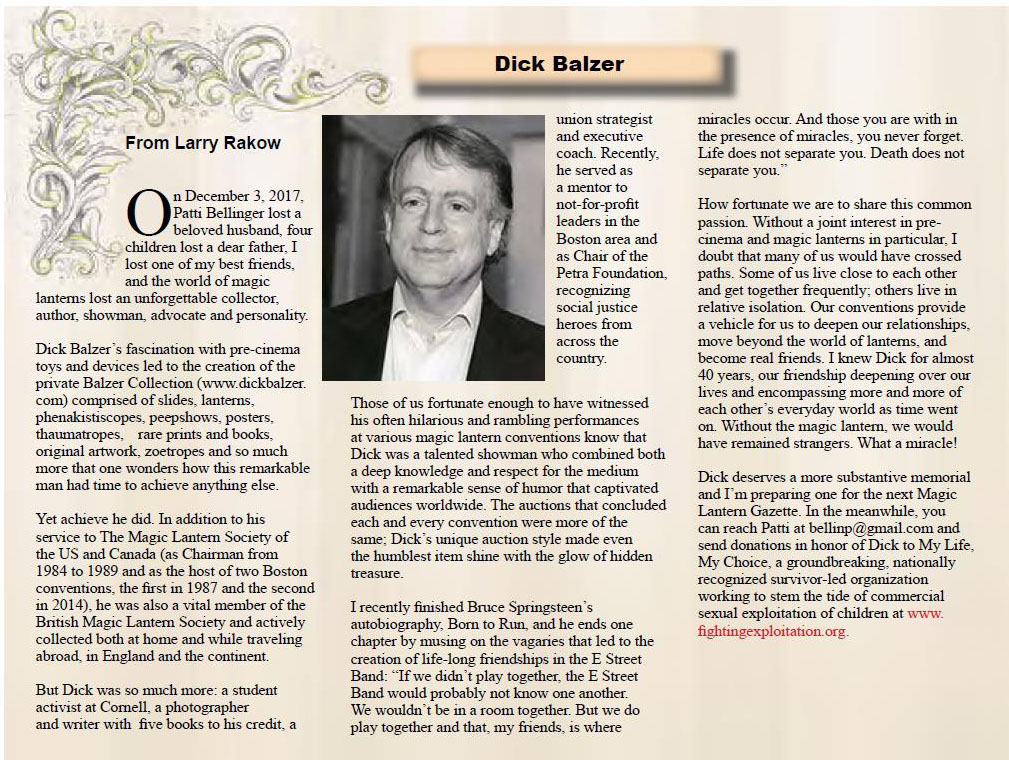