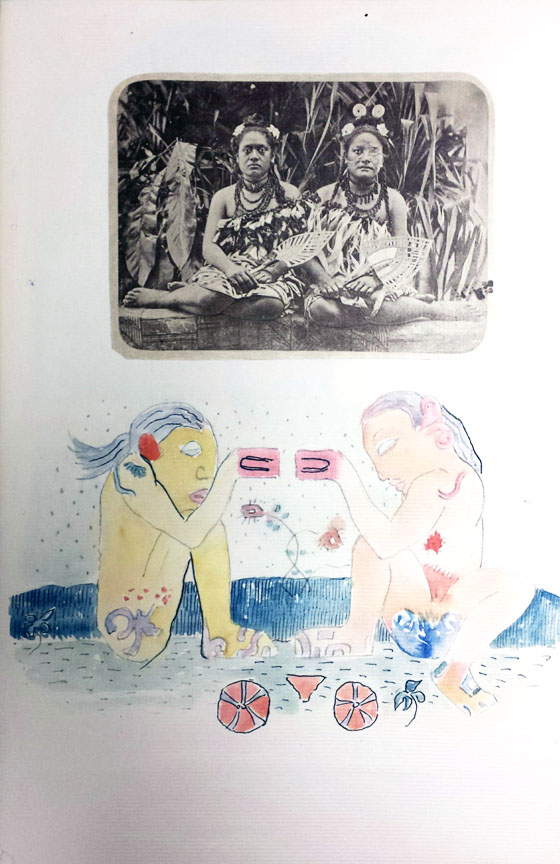 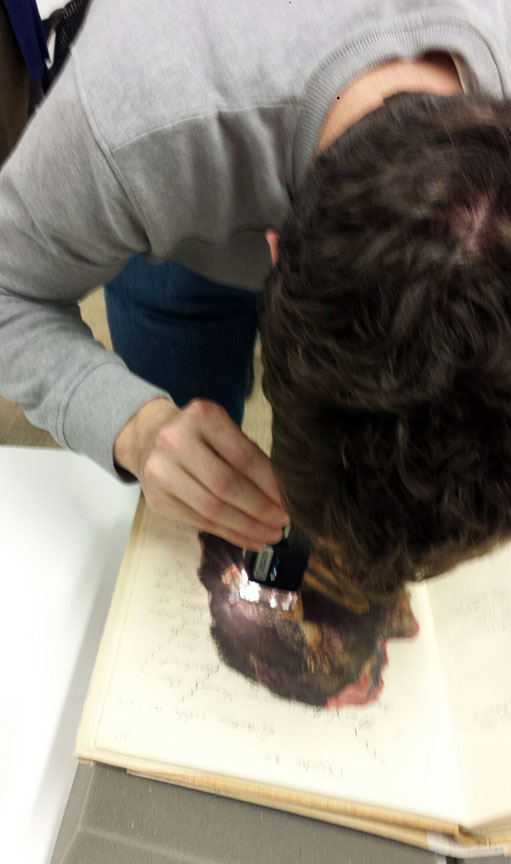 We pulled the collotype facsimile of Paul Gauguin’s Noa Noa yesterday for the students to study.

Paul Gauguin (1848-1903) began writing his travel journal Noa Noa [Fragrance] after returning to Paris from Tahiti in 1893. The text manuscript was given to the poet Charles Morice (1860-1919) while Gauguin kept his original pages with prints, drawings, and other visual material pasted in.

In 1926, a facsimile of Gauguin’s manuscript, now in the Louvre, was created by the German art historian Julius Meier-Graefe and published in collaboration with R. Piper & Co in an edition of 400. It reproduces Gauguin’s handwritten text and all the pasted in prints and drawings in collotype.

Through his many German connections, former curator of Graphic Arts Elmer Adler was fortunate to acquired copy no. 34. Inside the front cover (now moved to Adler Papers CO262), he kept a letter from John Rewald with a brief explanation of the book’s publishing history. It reads in part:

“New York, April 7th ’43. Dear Mr. Adler, Many thanks for your letter. The story of Noa-Noa is at least as complicated as the one of Avant et après. It was written in France, the idea being conceived by Gauguin and his friend Charles Morice. The original edition contains poems by Morice succeeding each chapter by Gauguin, and no illustrations. It was published after the painter’s return to Tahiti and finally almost caused a complete break between Gauguin and Morice in connection with the royalties etc. The original manuscript with the drawings, watercolors, and photographs pasted in was given by Gauguin to [Georges-]Daniel de Monfreid. When Gauguin’s widow succeeded in extorting the Avant et après manuscript from [André] Fontainas, Monfried feared that he, too, would be unable to resist her tears; he hurried immediately to the Louvre and offered Noa-Noa as a gift.

Noa-Noa still belongs to the Louvre-Museum. The Avant et après manuscript was sold by the German publisher, Kurt Wolf (he is now in this country) who had it acquired legally from Gauguin’s widow and ignored that it actually belonged to Fontainas. I have just been informed by the last owners that it has been definitely lost in the way from England to America, thanks to Hitler’s submarines.” 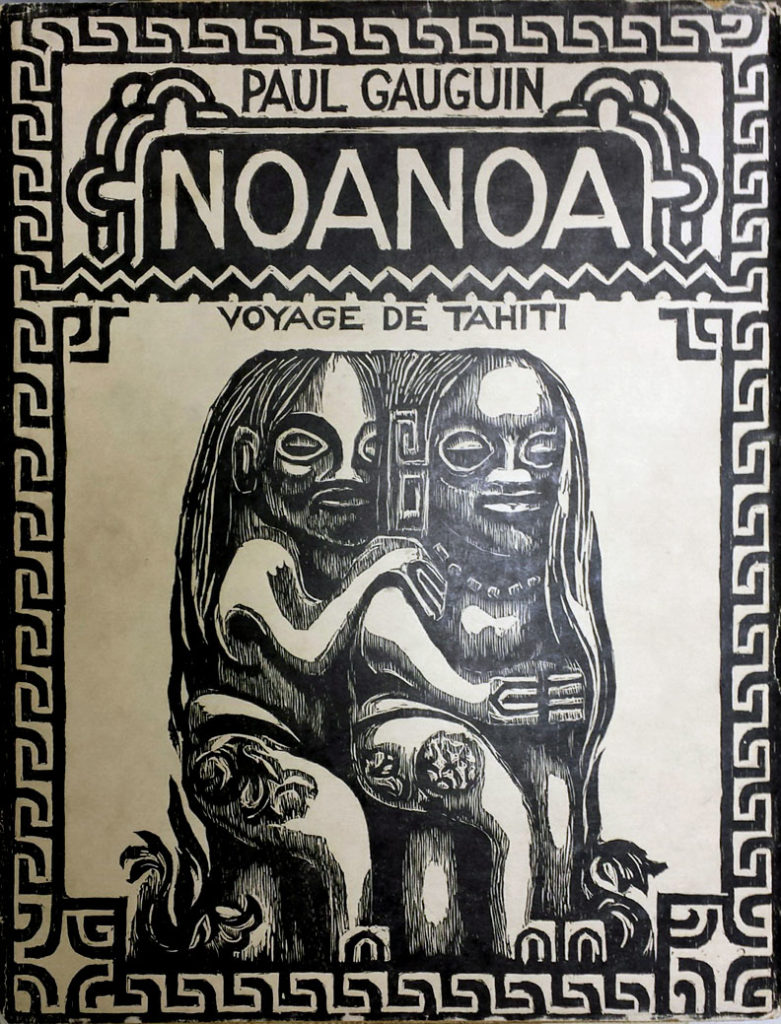 Various facsimiles have been published over the years, several are digitized but not Gauguin’s original pages: http://onlinebooks.library.upenn.edu/webbin/book/lookupname?key=Gauguin%2C%20Paul%2C%201848%2D1903. Hopefully our friends at the Louvre will digitize it one day. 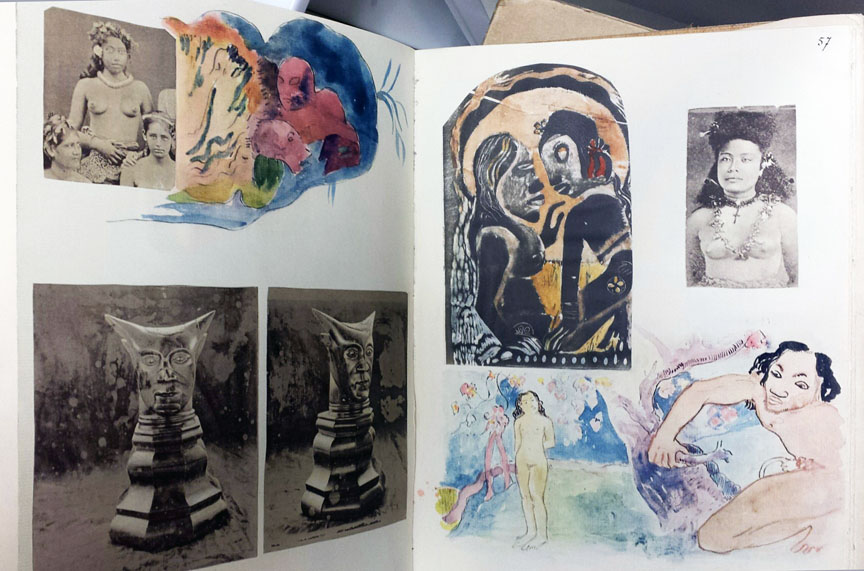 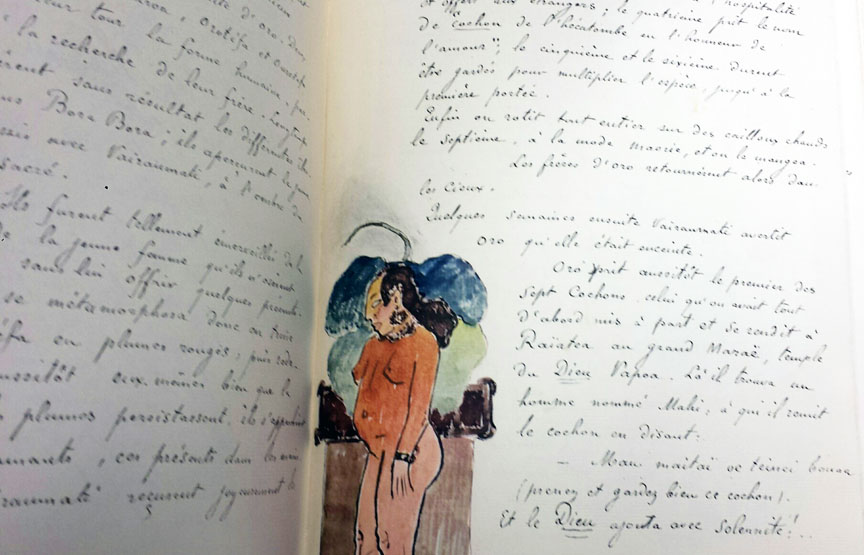 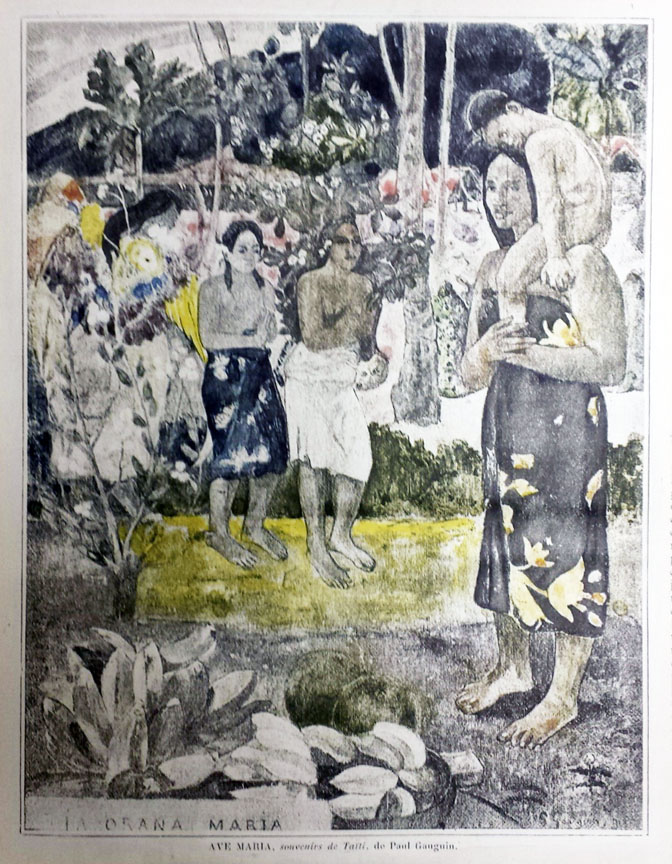