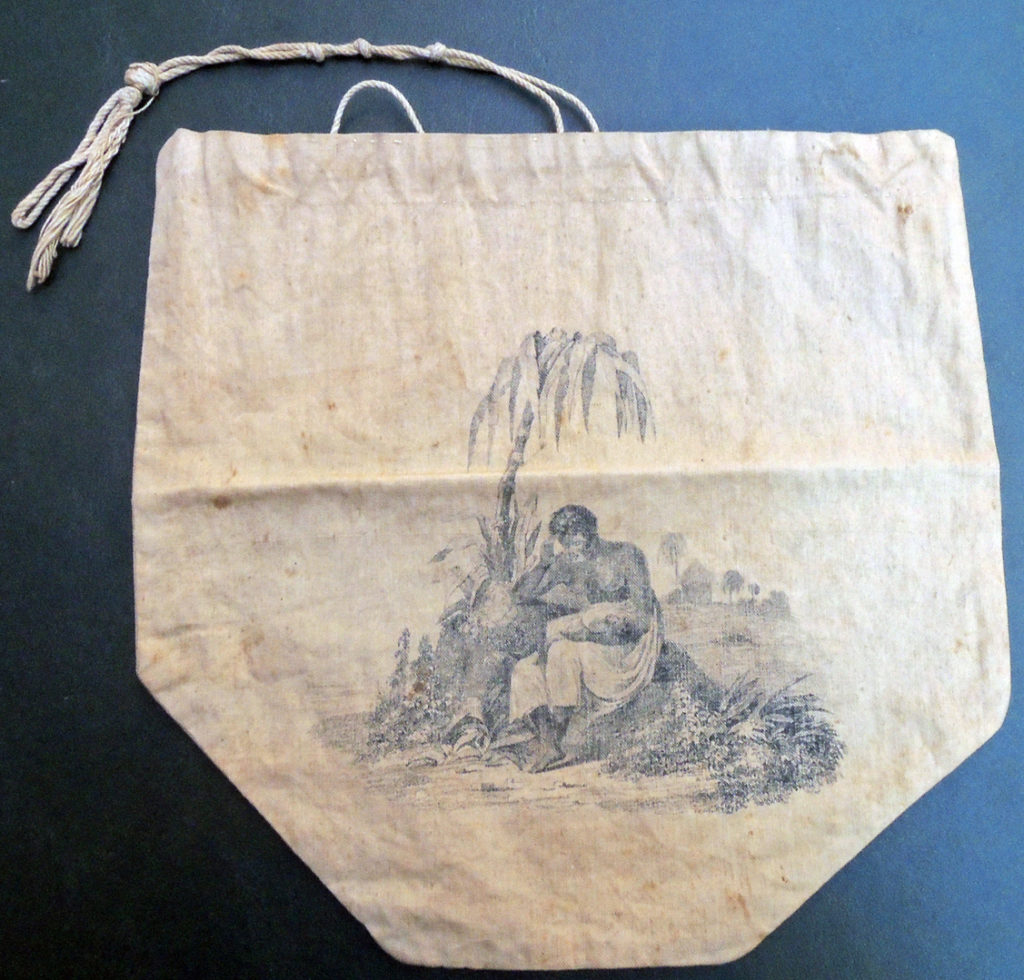 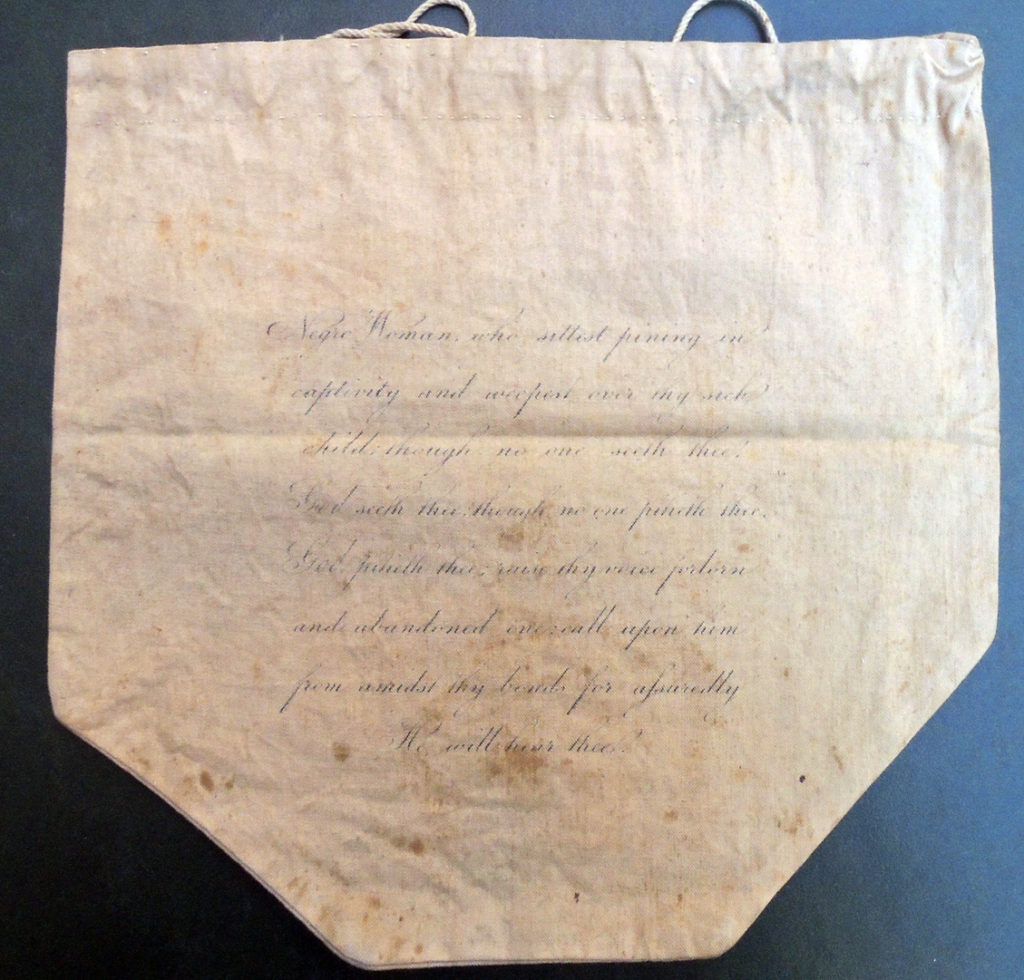 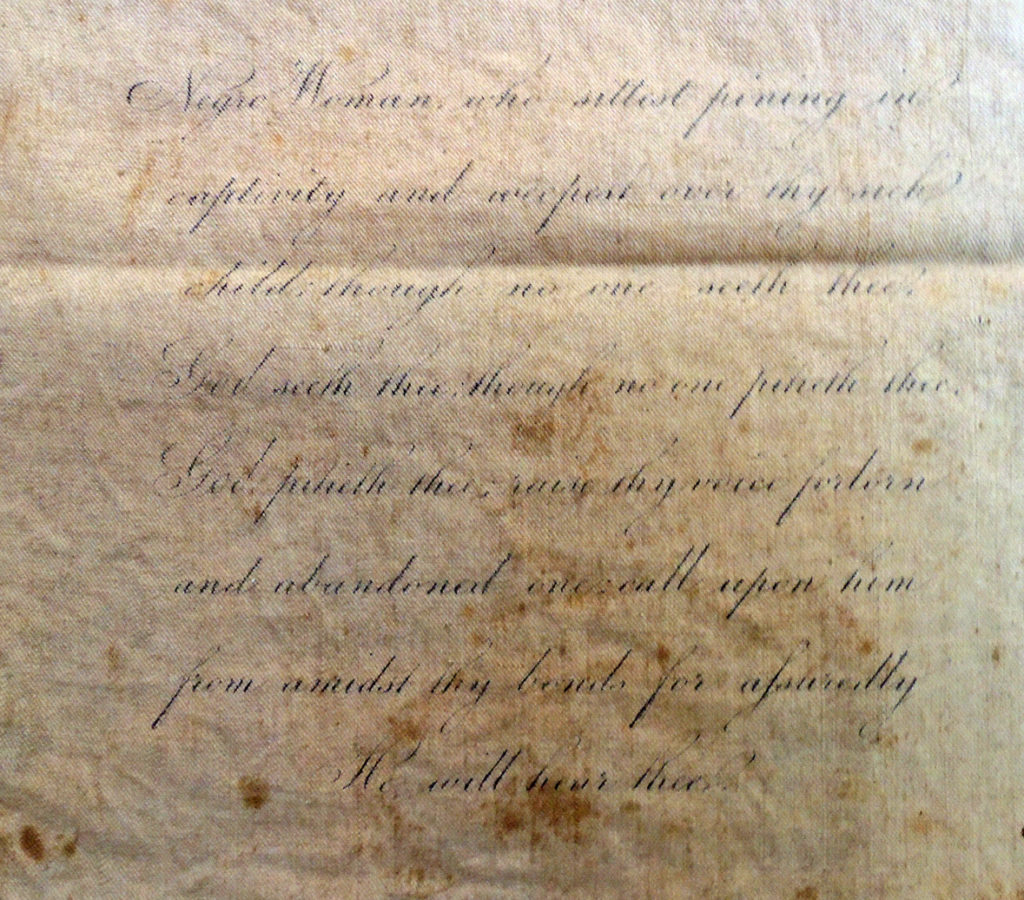 “Reticule” is the term used by the Victoria and Albert Museum to describe this type of small handbag, usually closed with a drawstring and decorated with embroidery or beading. Dating from the 1820s, the curators at the V&A attribute the design of the abolitionist reticules to Samuel Lines (1778-1863) and the production to the Female Society for Birmingham, originally called the Ladies Society for the Relief of Negro Slaves. While several variant images can be found printed on a similar silk bags, all have the same verse from Hymns in Prose for Children by Anna Letitia Barbauld (1743-1825), first published 1781 (Cotsen Children’s Library English 18 21076).

Women played a major role in the abolitionist movement and formed sewing circles where objects decorated with abolitionist emblems were produced, either for sale or to decorate their homes. Cups and saucers, ewers, pillows, and handbags were just a few of the items produced. While the anti-slavery movement found great momentum in England at the end of the 18th century, by the 1830s the Philadelphia Female Anti-Slavery Society and other American groups organized similar activities.

The reticule seen at the top is now in the Graphic Arts Collection but here [below] are some of the other versions of this abolitionist bag. 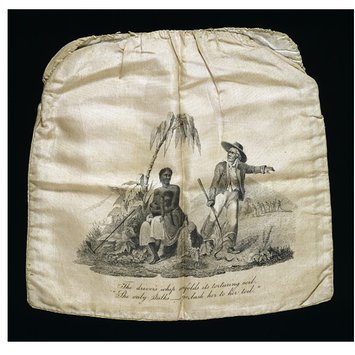 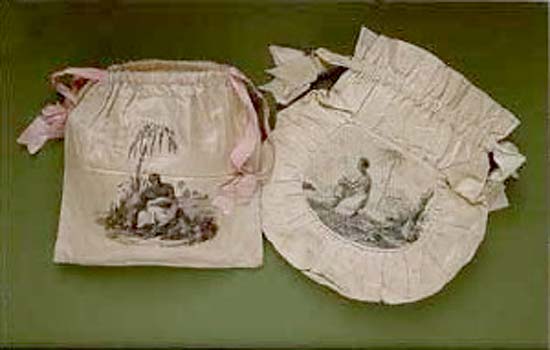 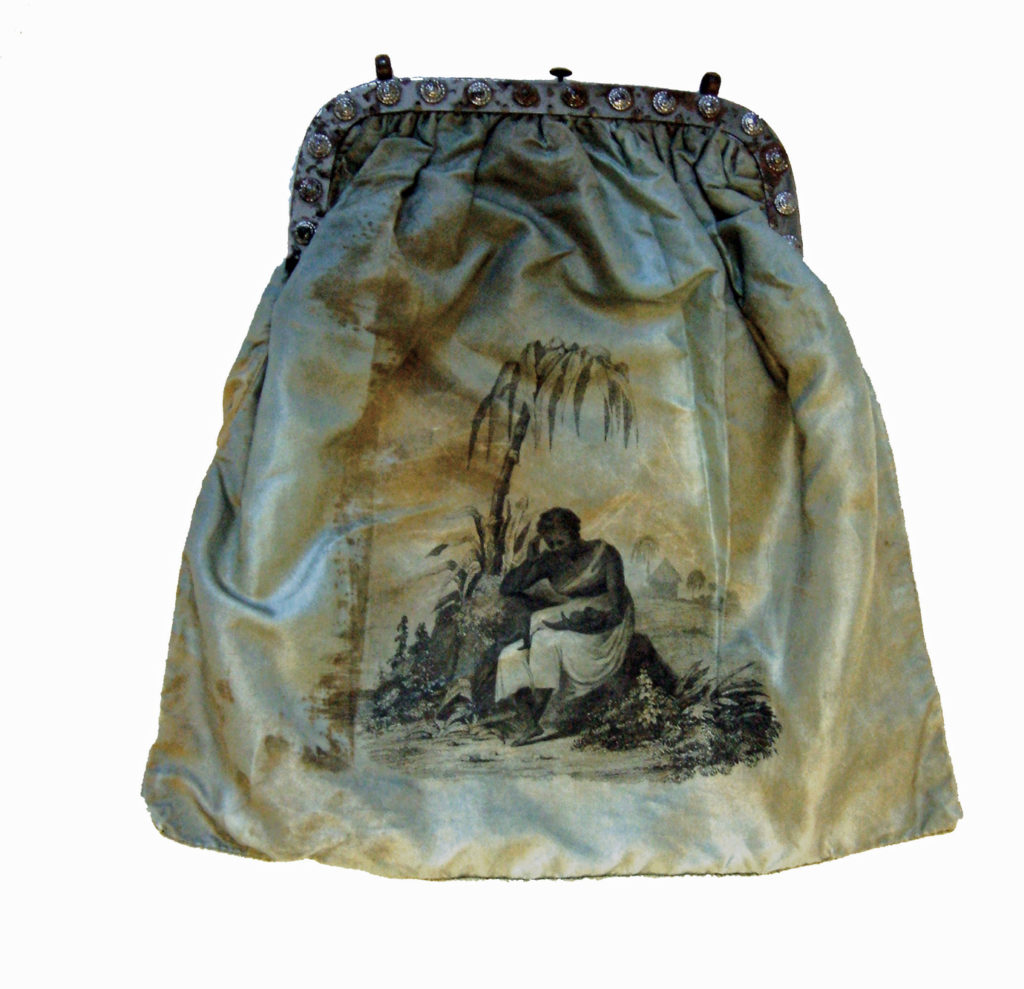 The Library of the Religious Society of Friends