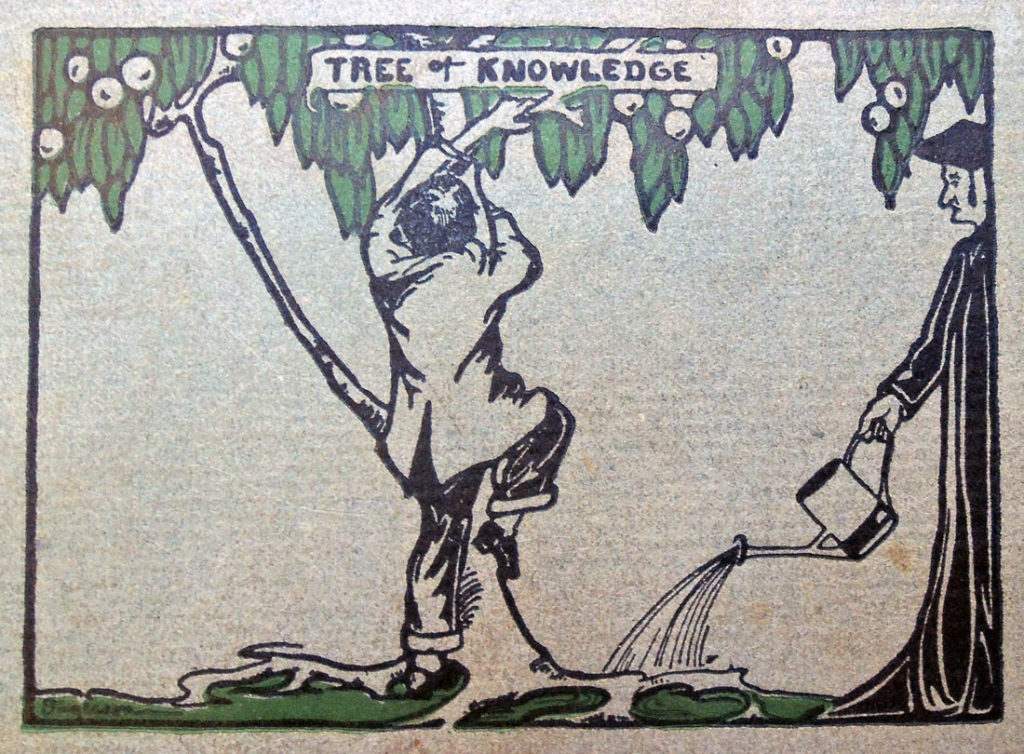 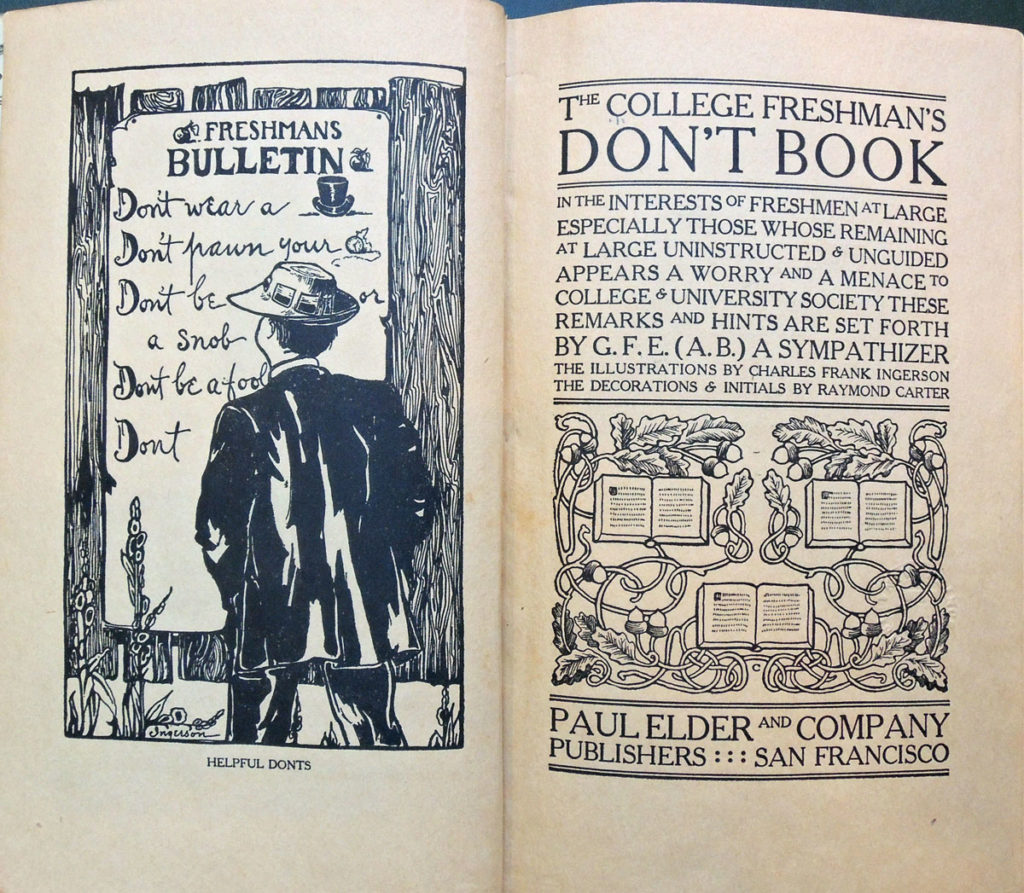 G.F.E. (George Fullerton Evans), The College Freshman’s Don’t Book: In The Interest Of Freshmen At Large, Especially Those Whose Remaining At Large Uninstructed & Unguided Appears A Worry And A Menace To College & University Society, These Remarks And Hints Are Set Forth By G.F.E. (A.B.) A Sympathizer; The Illustrations By Charles Frank Ingerson; The Decorations & Initials By Raymond Carter (San Francisco: Paul Elder and Co., 1910). PN6231.C6 G44 1910 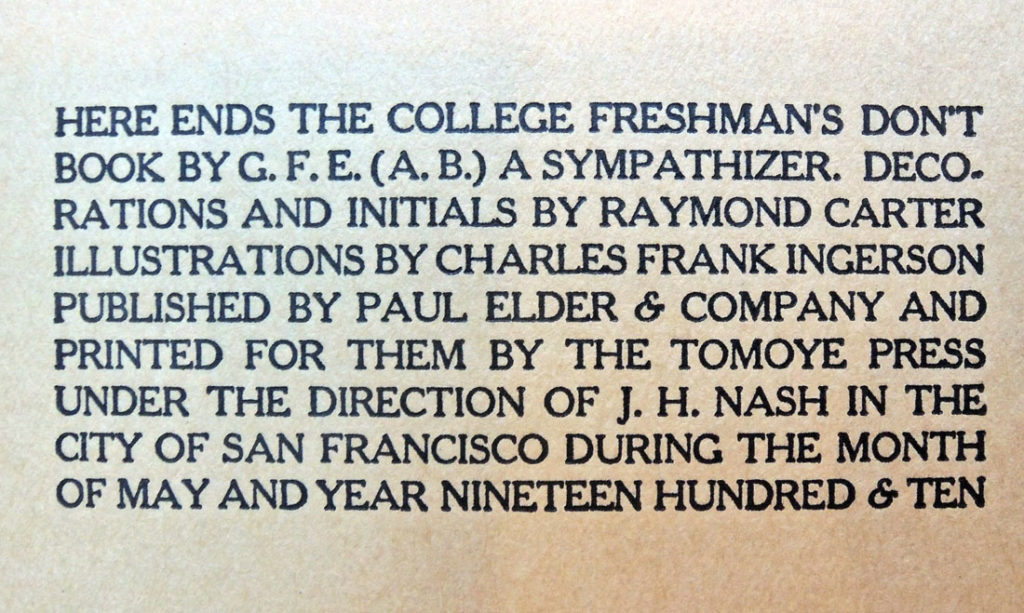 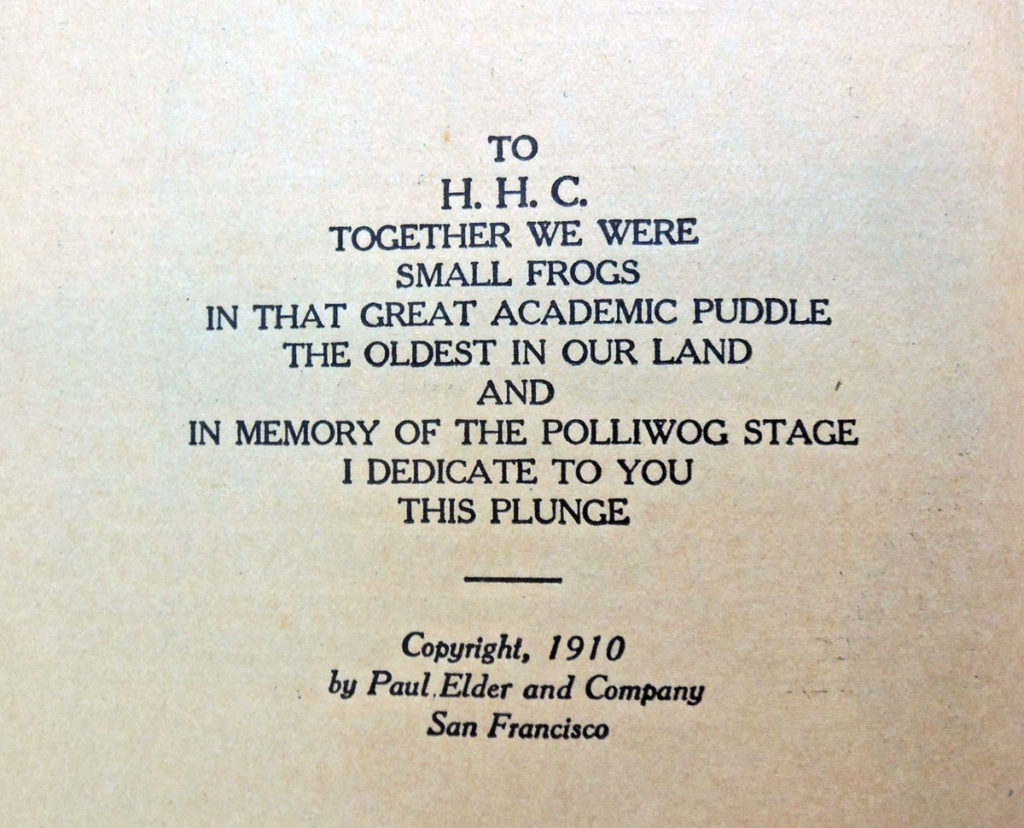 San Francisco publisher Paul Elder Sr. (1872-1948) leased the entire building at 239 Grant Street in 1909 and opened the Arts and Crafts Bookshop (his second shop). John Henry Nash (1871-1947) of The Tomoyé Press worked on the third floor, overseeing typography and design.

The Holiday Books listing in the December 16, 1910 issue of The Dial noted “The San Francisco publishing house of Messrs. Paul Elder & Co. maintains its enviable reputation as publishers of artistic and original holiday volumes. Their most attractive publication for this season is a limited edition of Mrs. Browning’s Sonnets from the Portuguese, printed in italic type on handmade paper, and tastefully bound in boards, with decorated title label. A photogravure portrait and especially designed initial decorations comprise the decorative features. . . The College Freshman’s Don’t Book, by G. F. E. covers a multitude of college subjects from dress and dining to “things in general.” Most of the advice is humorous and all of it is good.— “ 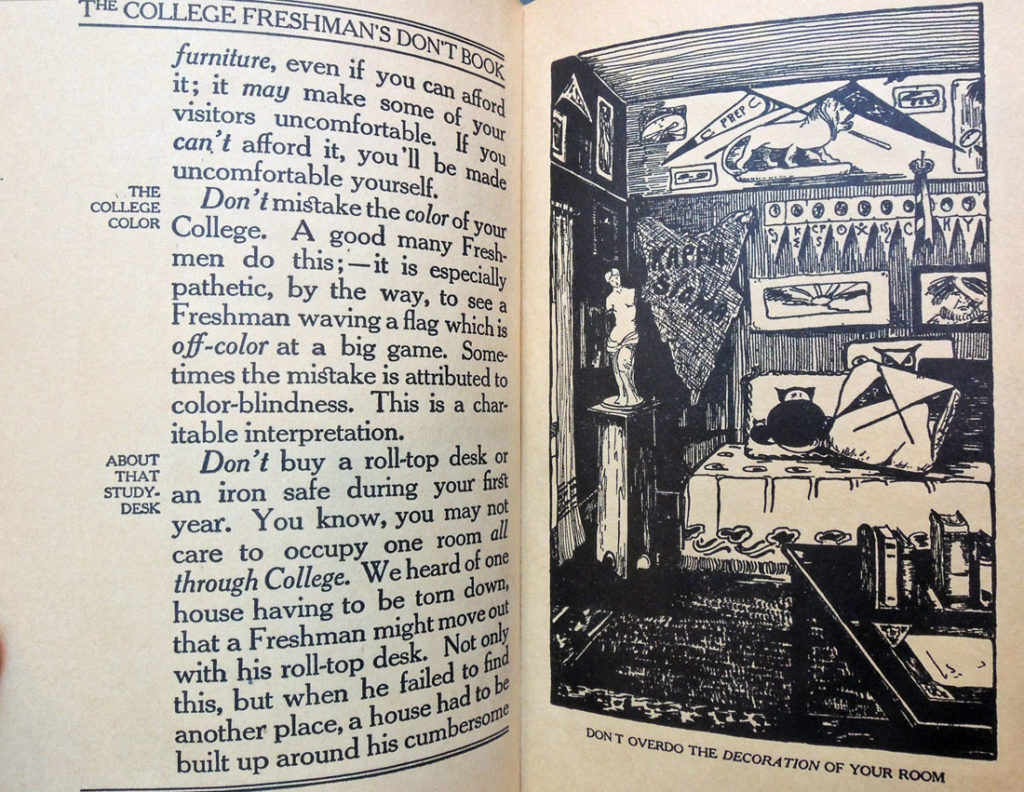 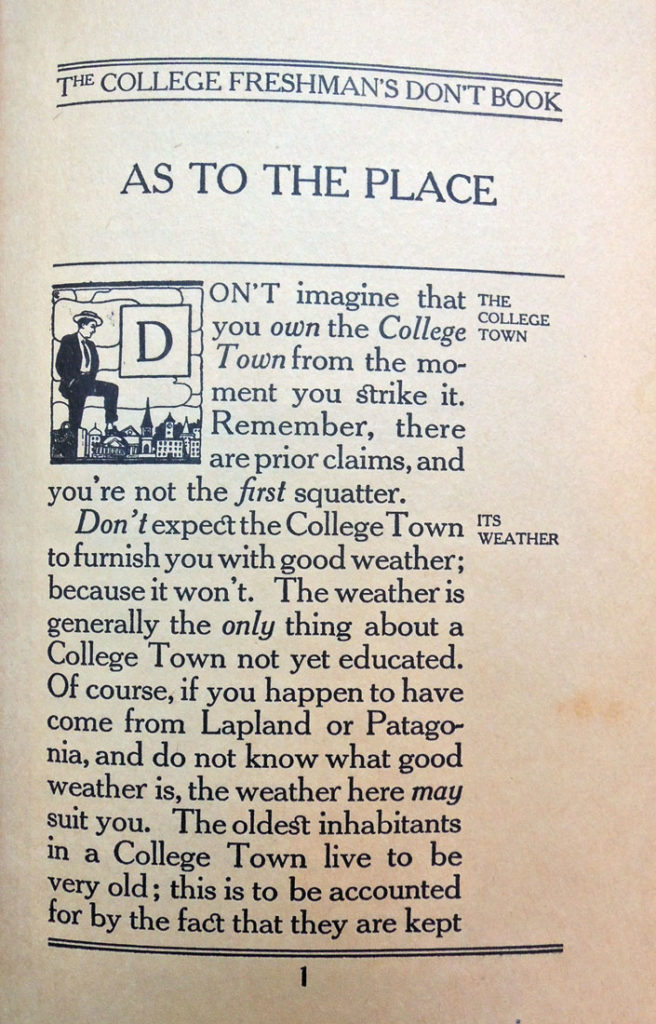