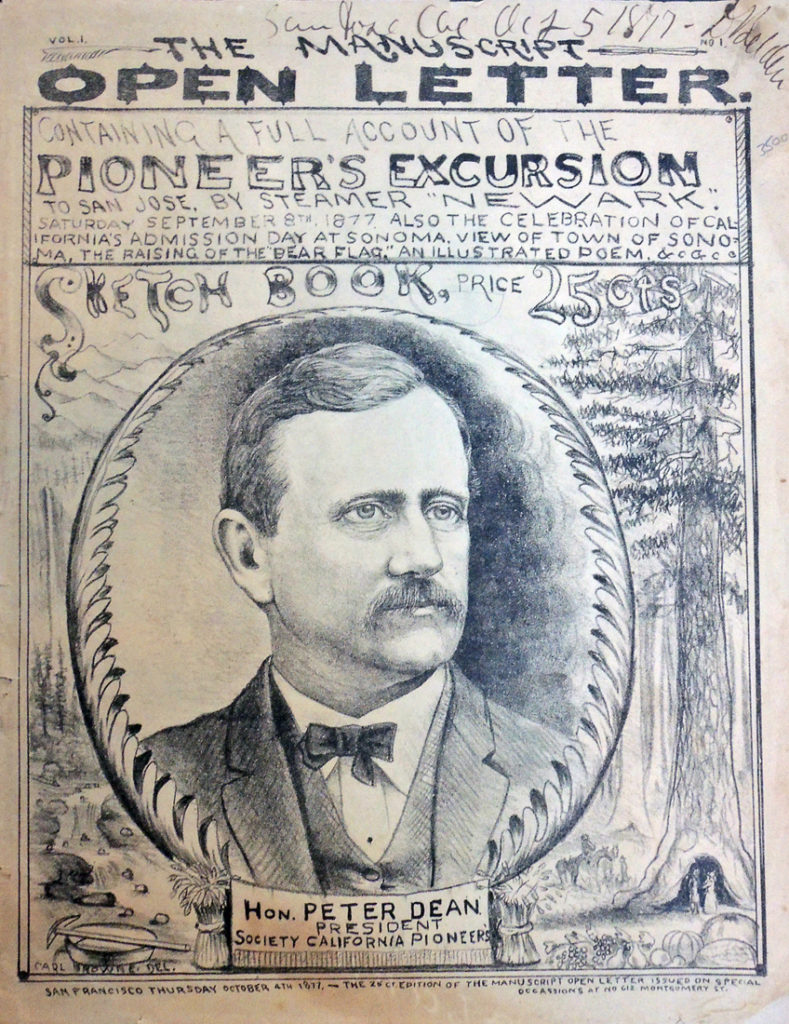 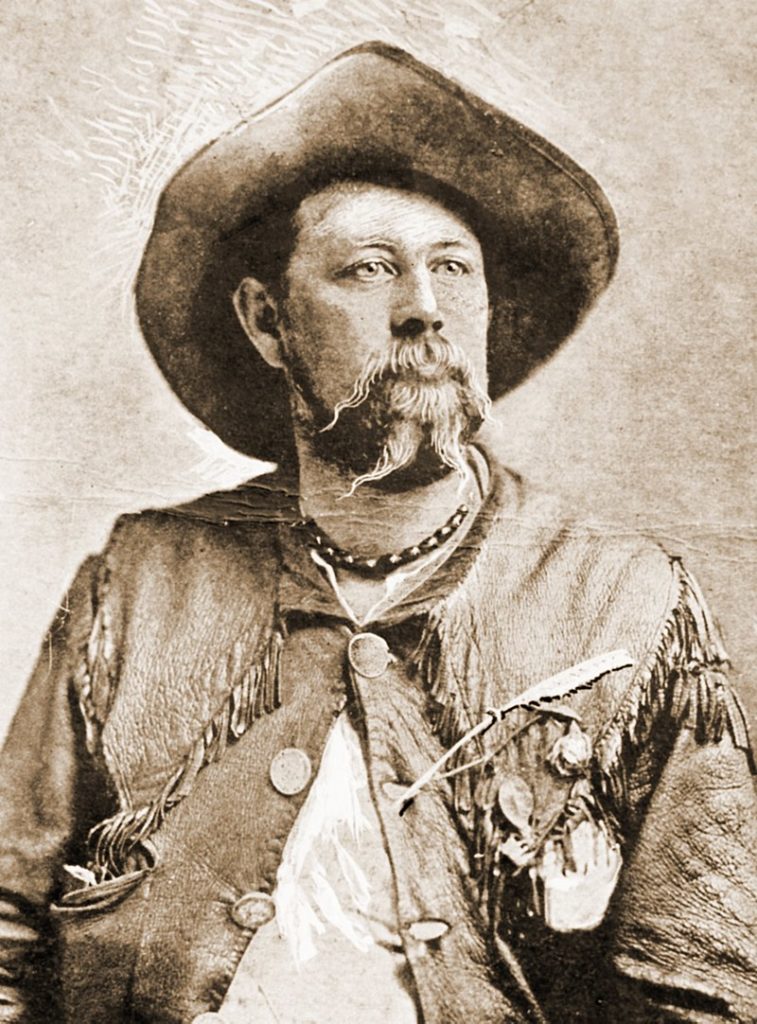 Carl Browne was a hulking ex-con, an itinerant labor leader and a mesmerizing speaker. A guest at Coxey’s farm and oddly dressed in fringed buckskin suit, he’d marched around, pronouncing that Coxey had been Andrew Jackson in a past life. Browne considered himself the reincarnation of Jesus Christ, and asked that admirers call him “Humble Carl.” His eye for spectacle also made him a brilliant promoter. Together with Coxey, he planned a pilgrimage to Capitol Hill to present their Good Roads Bill, a $500 million Federal jobs plan. 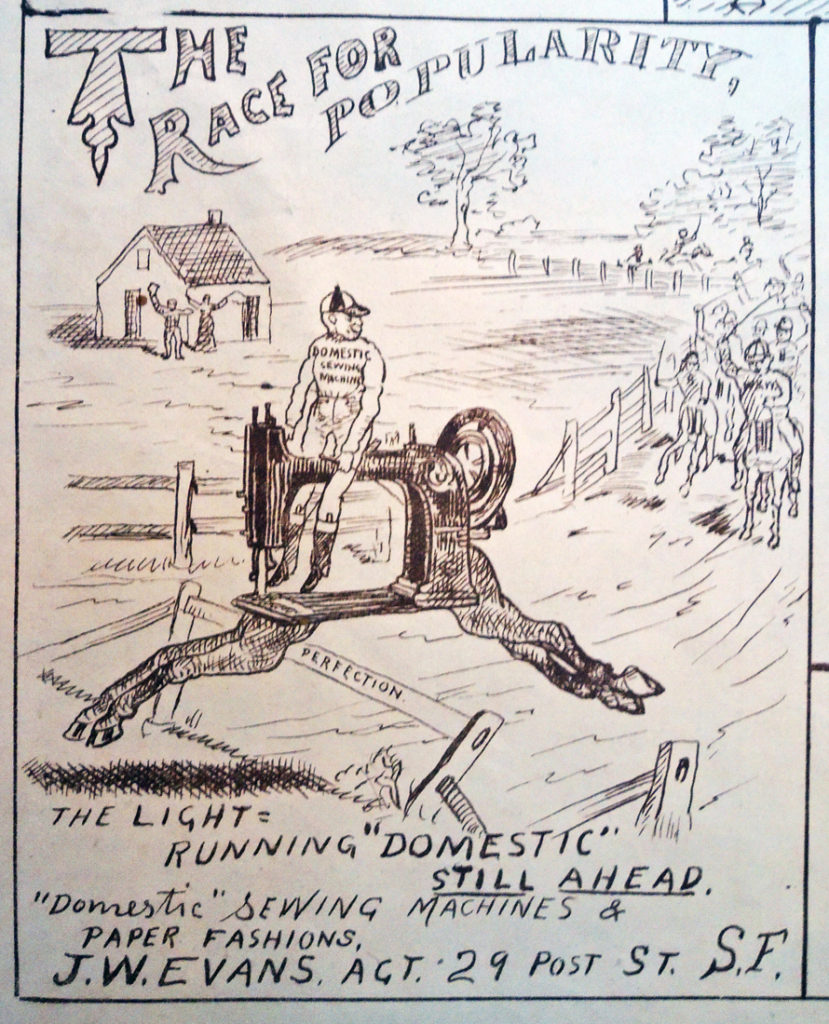 Browne was born July 4, 1849 in Newton, Iowa, and worked a variety of jobs during his younger years, including time as a printer, a painter, a cattle rancher, a cartoonist, and a journalist. He moved to San Francisco and became active in politics as an active member there of the Workingmen’s Party. Browne was recognized for his commitment to the organization and served as personal secretary to Denis Kearney, a politician who championed exclusion of the Chinese people from the United States.

While in San Francisco, Browne launched a radical weekly newspaper, which he edited and for which he drew political cartoons, The Open Letter. In a 1929 monograph, historian Donald L. McMurry described the colorful Browne in the following manner: “Browne’s picturesque appearance made him a conspicuous figure wherever he went. Tall, heavy, and bearded, his unkempt hair streaked with gray, he added to the effect by wearing an exaggerated Western costume. It consisted of a buckskin coat with fringes, and buttons made of Mexican silver half-dollars, high boots, a sombrero, a fur cloak when weather permitted, and around his neck, instead of a collar, a string of amber beads, the gift of his dying wife…. Closer inspection revealed the reason why his men called him ‘Old Greasy. It was suggested that he would have been a more pleasant companion if he had bathed oftener.” 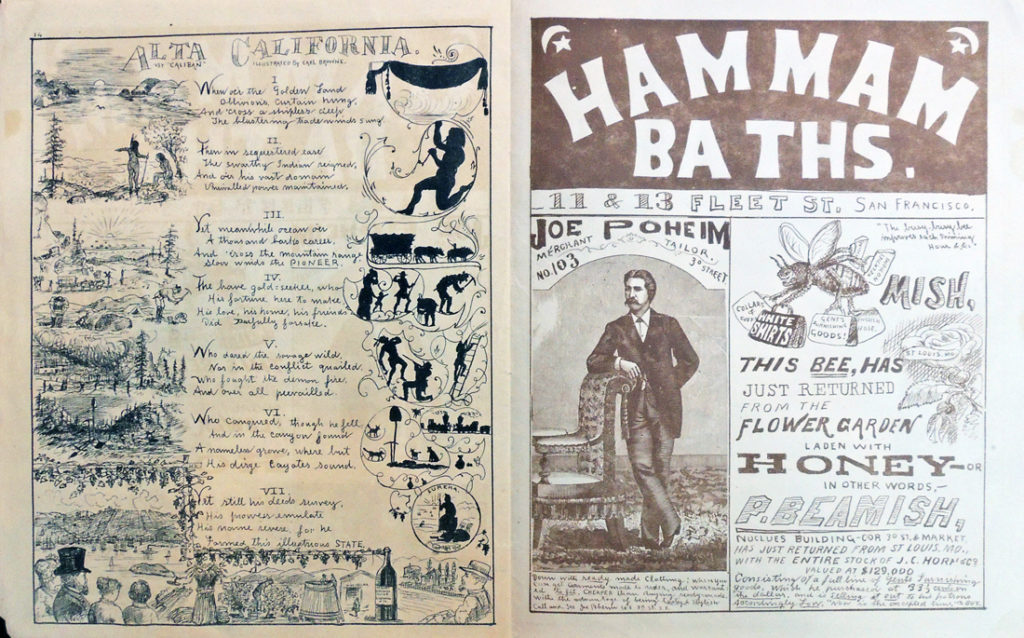 At a Chicago convention of advocates of free silver held in August 1893, Browne made the acquaintance of Ohio politician Jacob Coxey, who saw in the charismatic labor agitator Browne a potential popularizer of his proposed governmental reforms. Browne had become well-known in Chicago as an exceptional public speaker, addressing a series of public meetings at Lake Front Park on the problem of unemployment and its possible solution — one means of which, he is said to have suggested, would be a march of unemployed workers on the nation’s capital.

Impressed with the charismatic Browne’s effectiveness and intellectual proximity to his own ideas, Coxey convinced Browne to join his campaign for the Good Roads Bill — a plan for putting the unemployed to work improving the transportation infrastructure of the United States. Browne obliged, both speaking in its behalf and drawing a series of cartoons illustrating the dysfunctional nature of the current economic system and depicting the benefits to be obtained by society through passage of the Coxey plan. 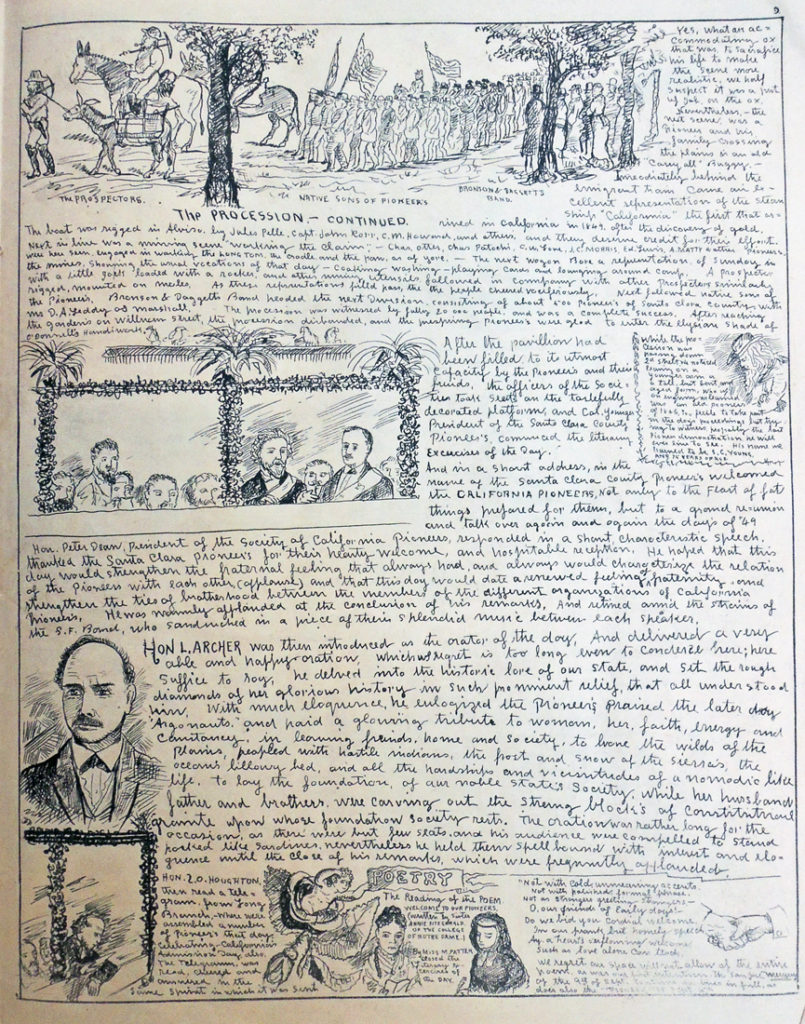 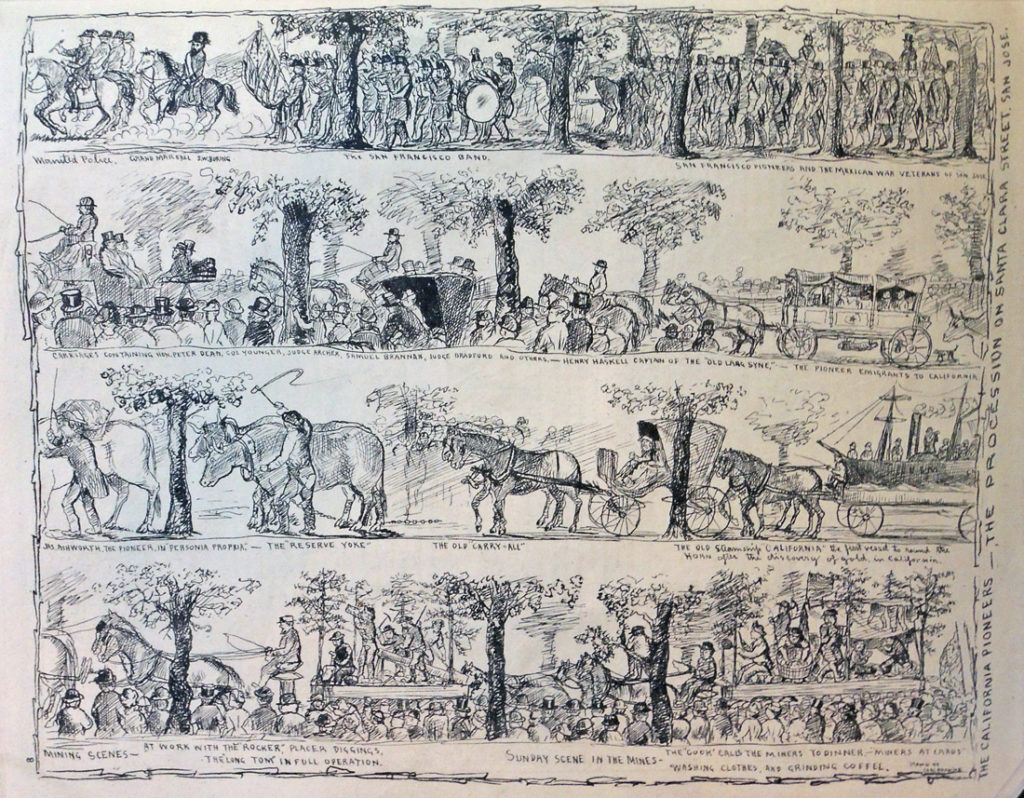 Coxey was pleased with Browne’s commitment to the cause of labor reform and persuaded him to stay with him at his home in Massillon, Ohio through the winter of 1893-94, a grim time when the United States was buffeted by the severe economic contraction known to history as the Panic of 1893. Together Coxey and Browne discussed a means of better publicizing the Good Roads Bill, with the pair determining to, in Coxey’s words, “send a petition to Washington with boots on” through a cross-country march of the unemployed. 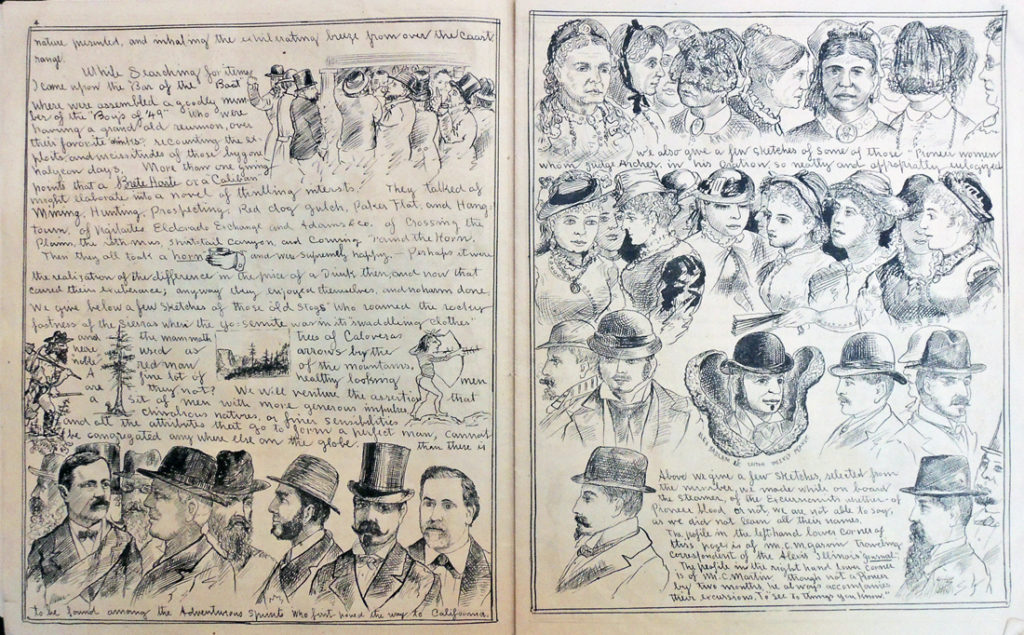 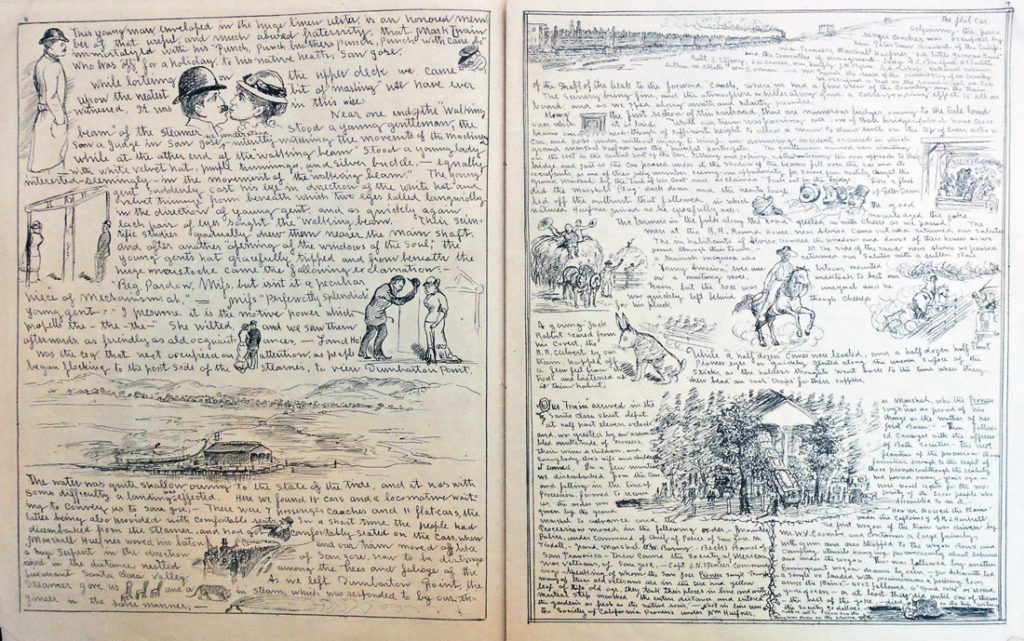 Browne gained notoriety for his Theosophic religious views and Coxey was converted to his unorthodox ideas. They came to regard their march as an “Army of Peace,” giving the name “Commonweal of Christ” to their movement. This quasi-religious interpretation of the 1894 march movement was broadly ridiculed, generating some publicity for the cause but generally doing “a great deal more harm than good,” in the estimation of at least one historian. 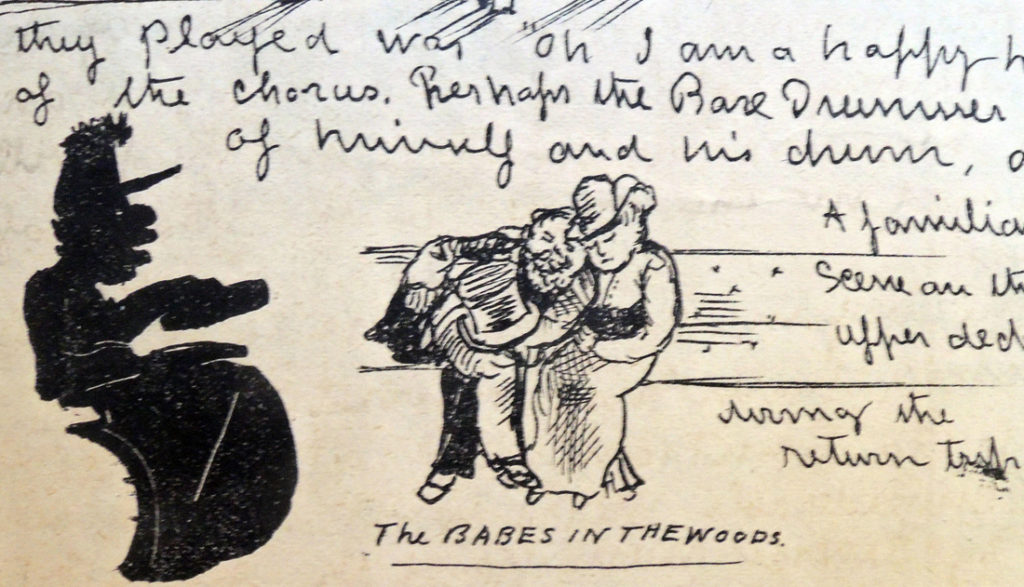 The “Commonweal of Christ” arrived in Washington, DC on May Day, 1894, with about 400 marchers in the ranks. “Coxey and Brown made their way to the steps of the United States Capitol to address the accompanying crowd, but were blocked by mounted police. The pair jumped a stone wall in an attempt to reach their goal, along with Christopher Columbus Jones, leader of the marchers from Philadelphia, but police on foot chased the three down and detained them, first holding down Browne and beating him, tearing his clothes and ripping off the amber bead necklace from his neck. Coxey was released, but Browne and Jones were placed under arrest, with bond posted by two wealthy sympathizers of the marchers.” 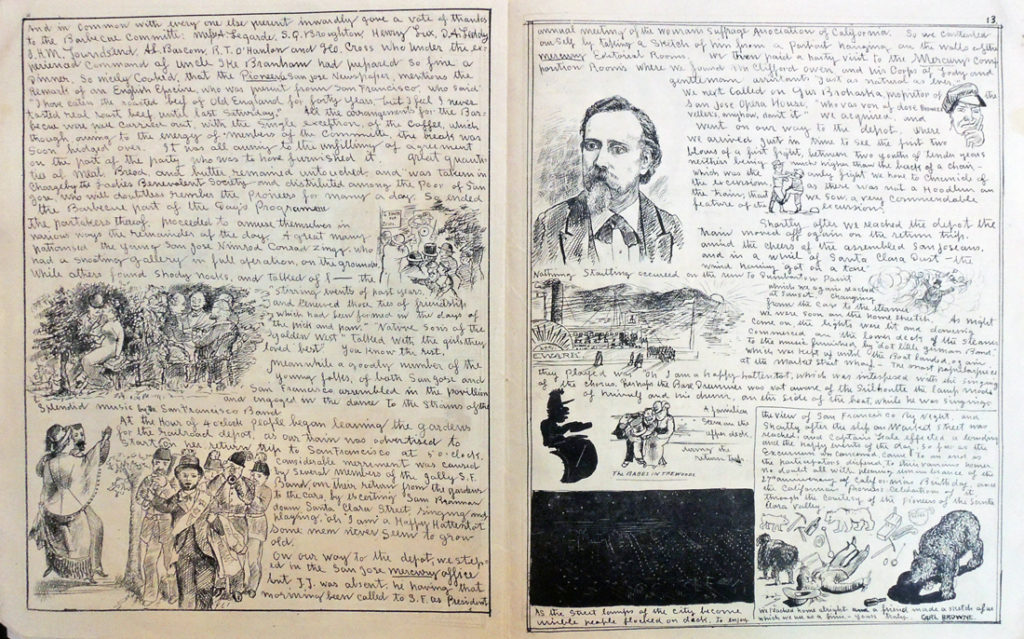 On May 2, Coxey, Browne, and Jones were charged in police court with carrying an illegal banner on capitol grounds, with Coxey and Browne additionally charged with trampling the grass. A jury trial followed, during which the District Attorney denigrated Browne as “a fakir, a charlatan, and a mounteback who dresses up in ridiculous garments and exhibits himself to the curious multitudes at 10 cents a head.” The three defendants were convicted on the morning of May 8 and freed on bond. 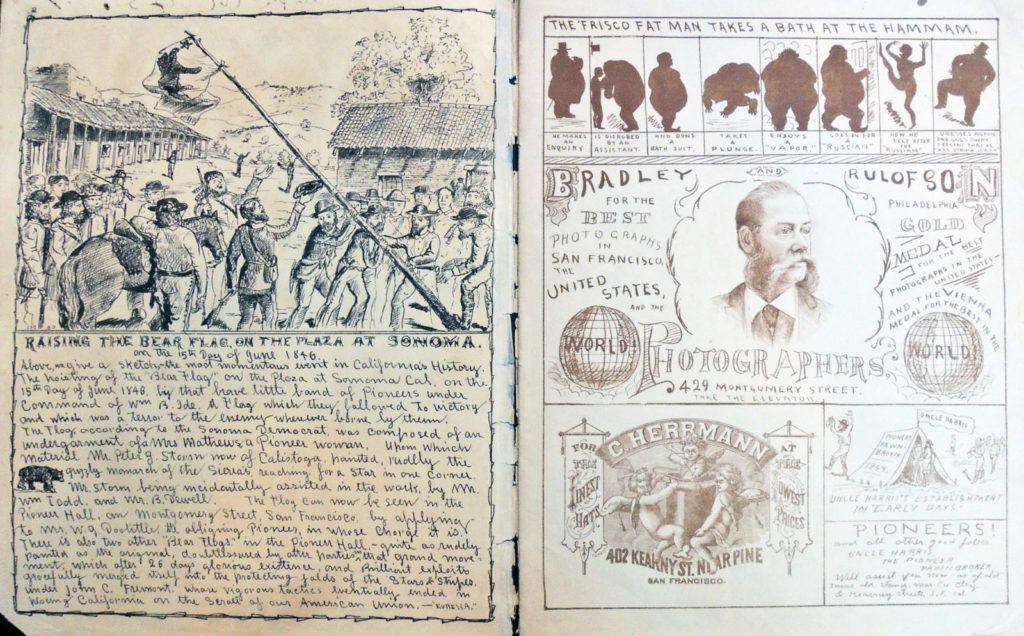 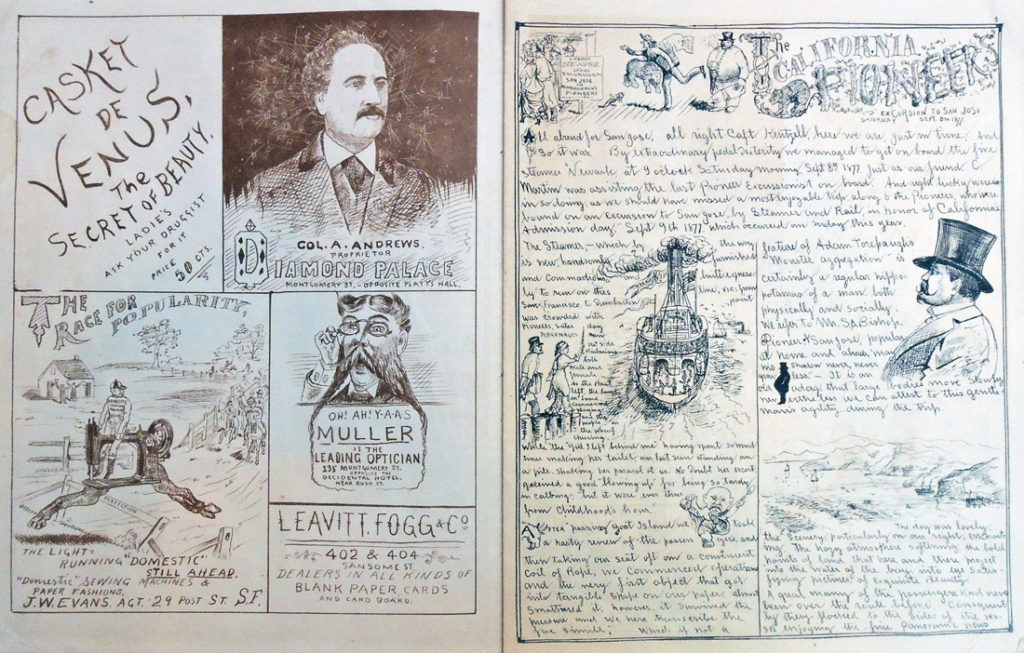 Sentence was pronounced on May 21, with Coxey and Browne each fined $5 for walking on the grass, and Coxey, Browne, and Jones sentenced to 20 days in jail for carrying banners on capitol grounds.

In January 1914, Browne collapsed and died at the age of 64 years old. Special thanks to Donald (“Rusty”) Mott for all his good research on Browne. This post is also copied from the following sources: 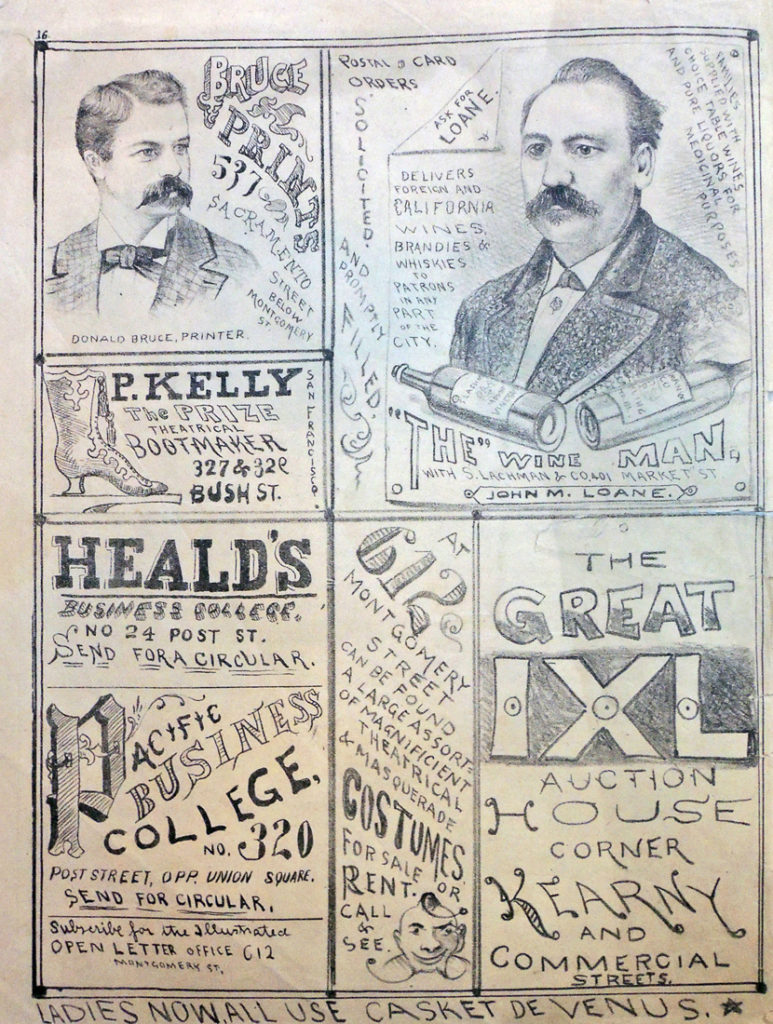 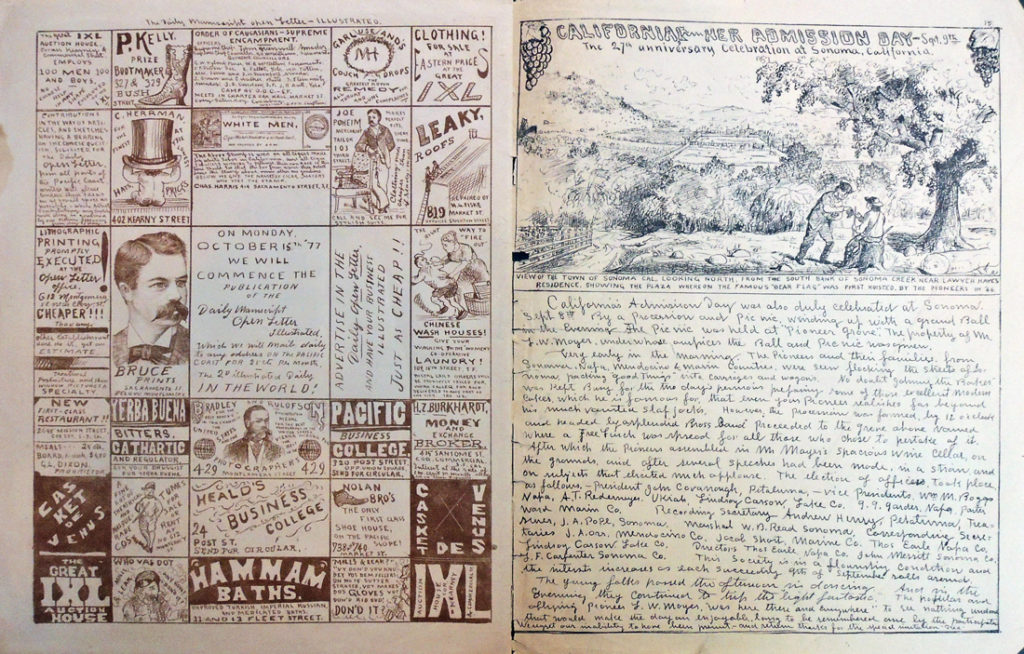 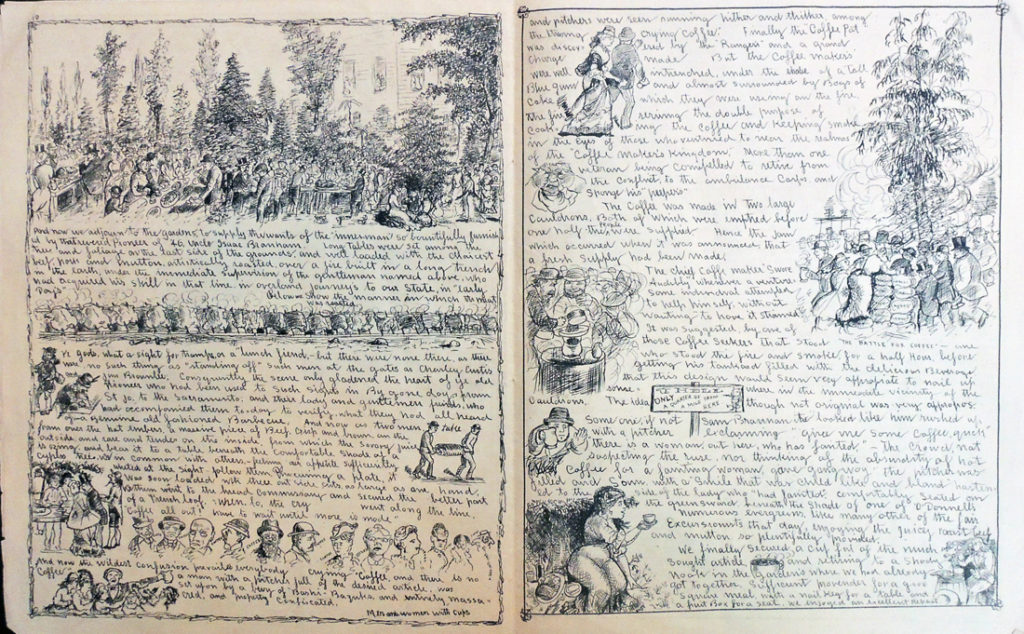