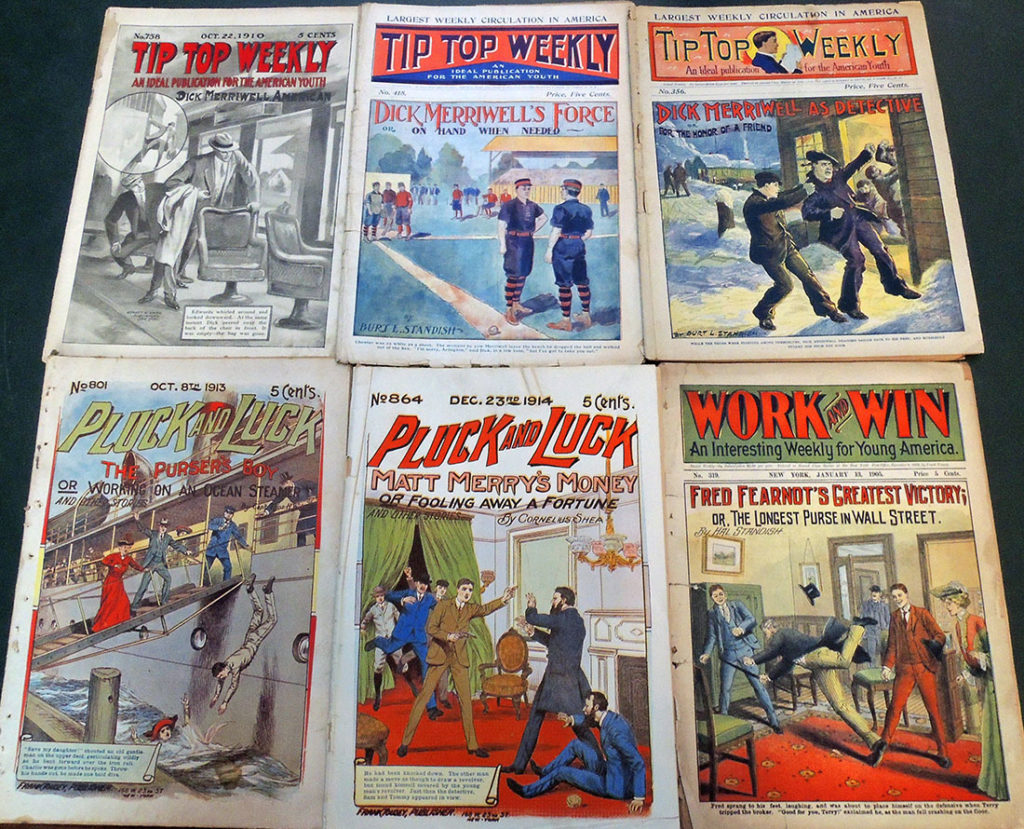 Inside a box of unprocessed material, this small group of “Nickel Weeklies” (a cheaper version of the Dime Novels) turned up. Some of the major series titles are included here, Work and Win: An Interesting Weekly for Young America (featuring Fred Fearnot), Pluck and Luck, and Tip Top Weekly: An Ideal Publication for the American Youth (featuring Dick Merriwell). Each sold for 5 cents, with a full color cover. There were 732 stories about Fearnot over 14 years written by Harvey K. Shackleford, under the pseudonym Hal Standish, until his death in 1906, and then by George W. Goode using the same penname. 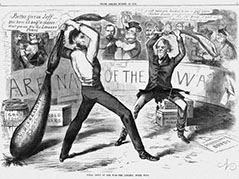 The January 13, 1905 issue of Work and Win features a story about Fred Fearnot with the subtitle “The Longest Purse in Wall Street” meaning the richest man. The saying “the longest purse wins” was featured prominently in a cartoon by William Newman published in the March 1, 1864 issue of Frank Leslie’s Budget of Fun, in which Jefferson Davis and Abraham Lincoln try to settle their disputes with enormous purses.

…In 1841, he was invited “to join a new, superior, three penny weekly to be called Punch.” Newman’s primary role at Punch was to provide small cuts, while on occasion he did some large cuts. By 1850, he had left Punch and had taken up work as a bookseller. He returned to journalism in 1854 as a cartoonist for Diogenes. In the winter of 1860, struggling to make ends meet for his growing family and wife, Newman was offered a job that offered more stability. The position was the “chief cartoonist for a new humor magazine, to be called Momus, which would cause him to relocate across the ocean in New York (Brown and West 158). While “all cartoons in Momus by Newman have previously been ascribed to William North,” a myth that was perpetuated by Frank Luther, scholars Jane Brown and Richard Samuel West have disproven such a notion. As they demonstrate, “North had committed suicide on November 14, 1854,” so it would have been impossible for North to have completed this work. With the demise of Momus in sight, “Newman found work on Frank Leslie’s Budget of Fun, the best of the American comic monthlies. …During the Civil War, Newman also “became part of the corps of artists bringing scenes of the war into the parlors of North homes” with contributions to both the New York Illustrated News and Harper’s Weekly. In the fall of 1862, he began to contribute work again to one of Leslie’s publications, Frank Leslie’s Budget of Fun, which continued relatively consistently for the next eight years. According to biographers Brown and West, “after the War, Newman paid less attention to national politics and more to American foreign policy and international affairs,” especially the relations between the United States and England and France. 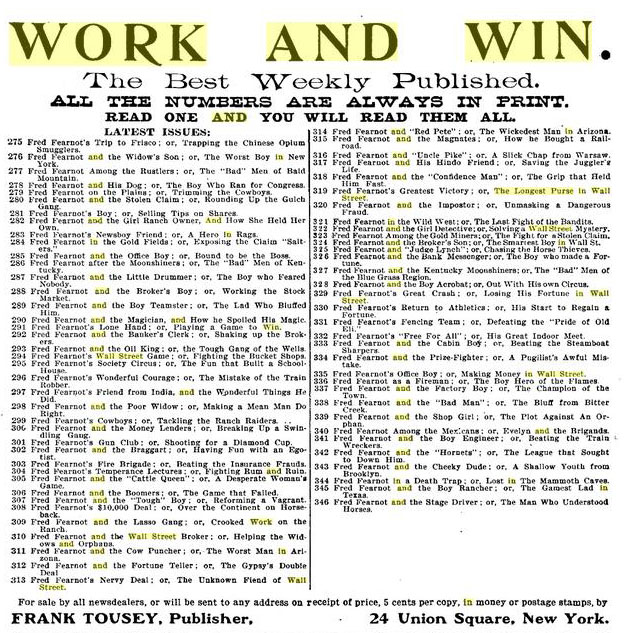