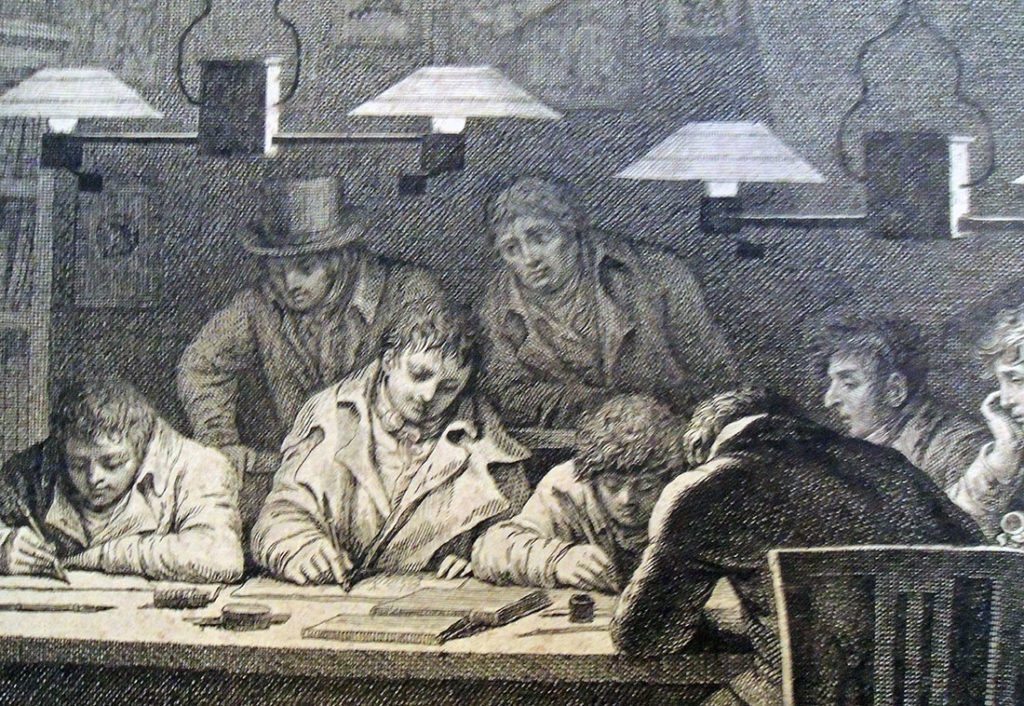 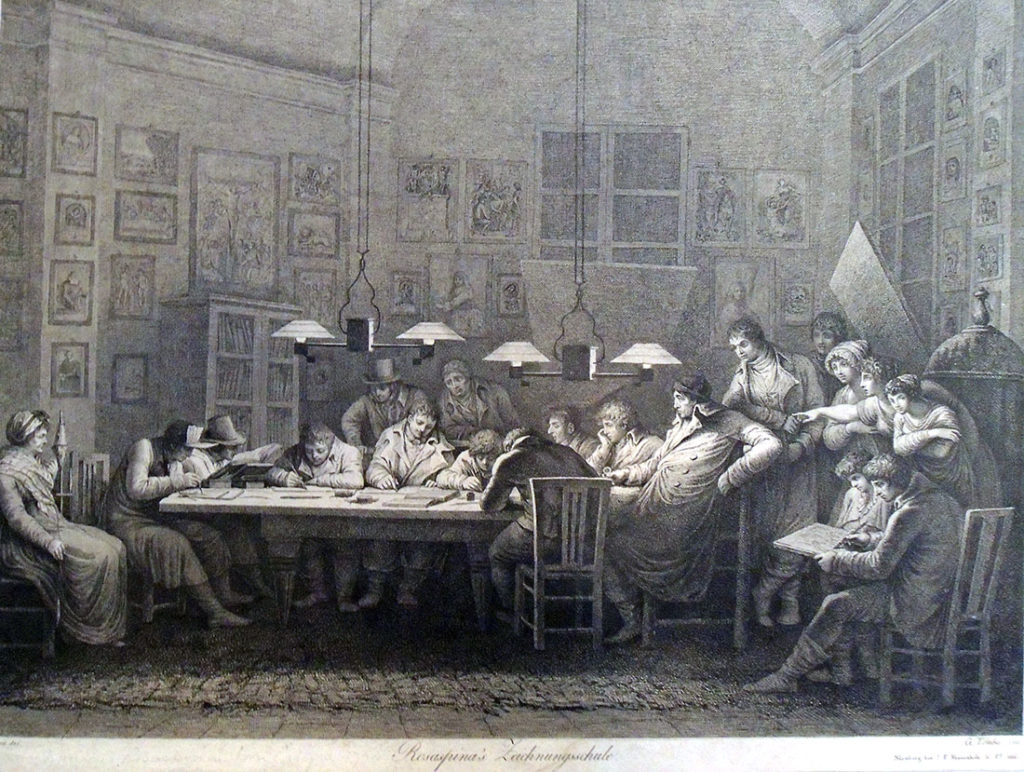 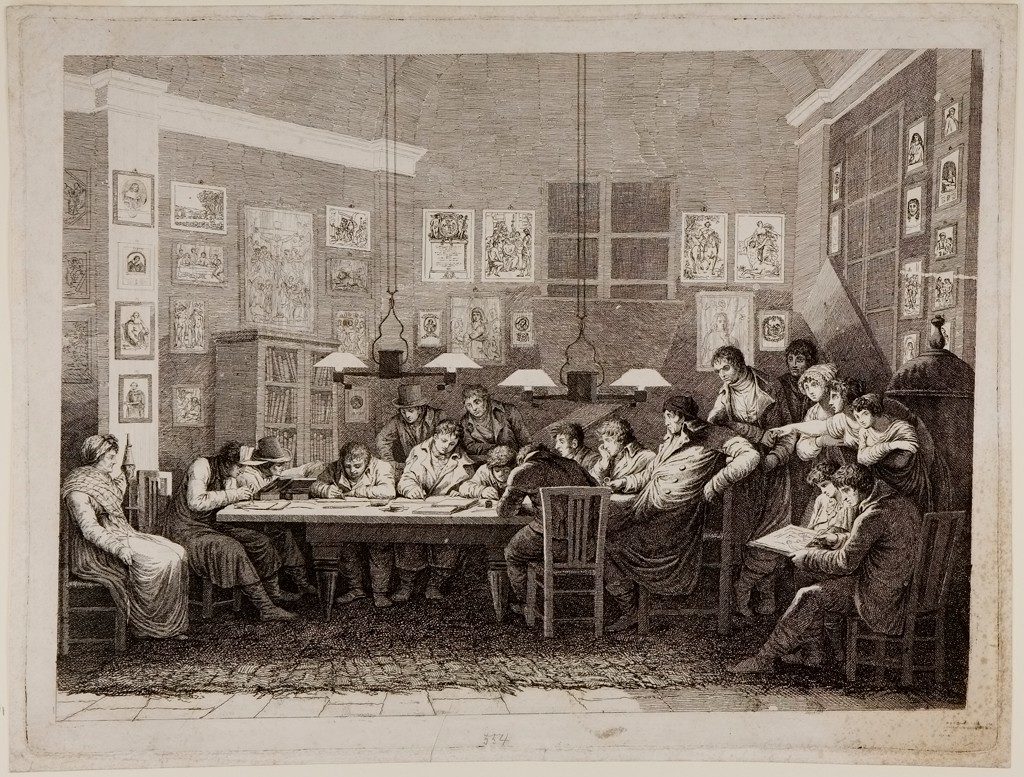 The Italian printmaker Francesco Rosaspina (1762-1841) taught engraving at the Accademia di Belle Arti [the Academy of Fine Arts] in Bologna. This scene shows the master sitting at the top of the table, along with various female bystanders only allowed to watch. State i/ii [above] of the print is held at the Fogg Art Museum, Harvard University M25869, showing us the various objects in the room before the dark shadows were added. The engraver Giulio Tomba was a student of Rosaspina and could be represented by one of the figures around the table. 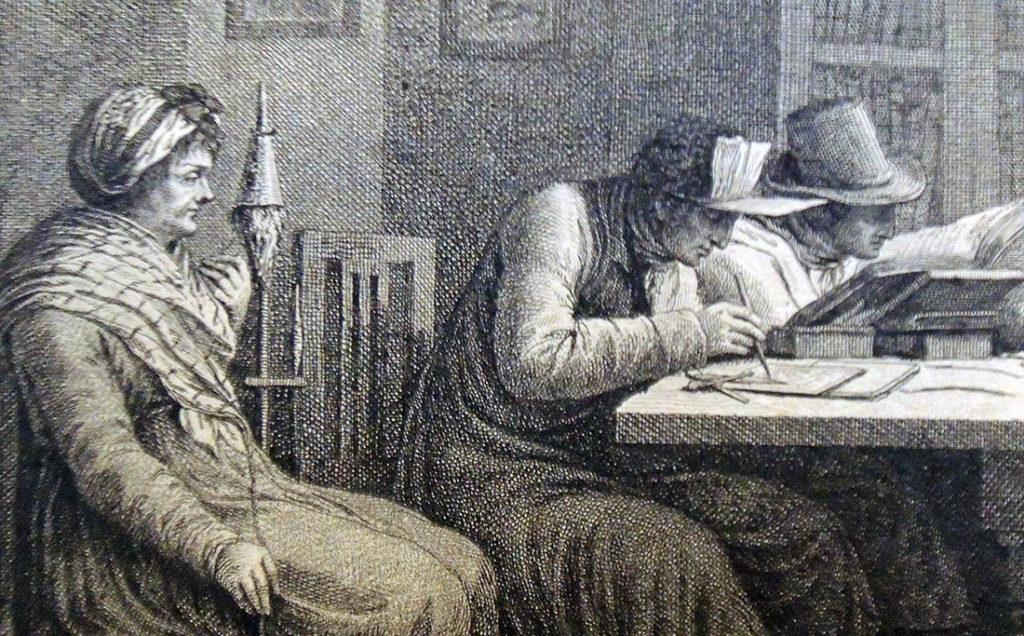