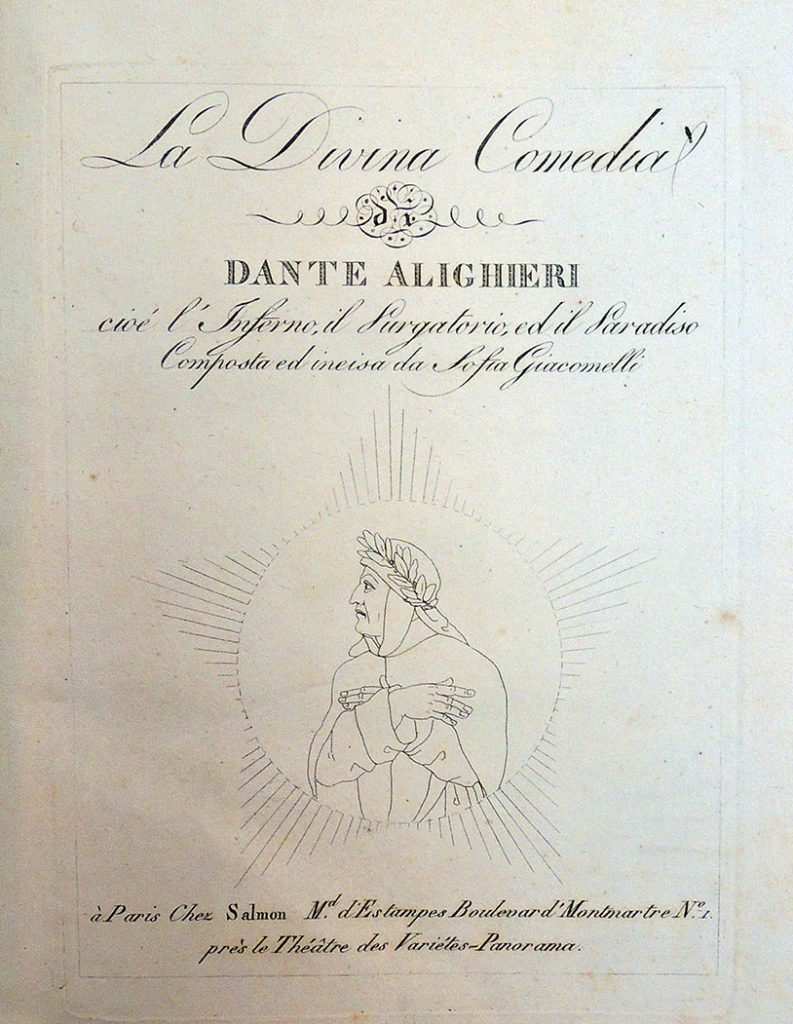 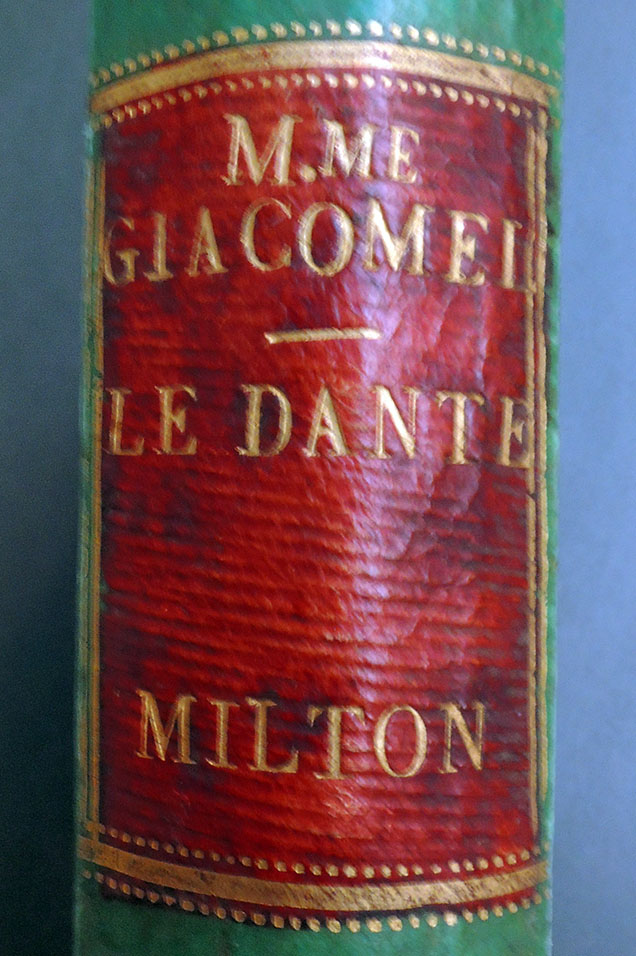 At first glance, you might think these were prints by John Flaxman R.A. (1755–1826) , who often worked in this linear, outline fashion but in fact, both the Milton sequence  and the Dante prints were engraved by Genevieve Sophia Giacomelli (sometimes called Madame Chomel), who was both an accomplished graphic artist and popular singer.

Justin Croft points out that the 100 plates of the Dante sequence are directly after Flaxman but the Milton are unique. “While Flaxman had always intended to illustrate Milton, he never published a Milton sequence, and Sophia Giacomelli’s 12 plates for Paradise Lost can be considered largely original. It is remarkable they are so rare.” 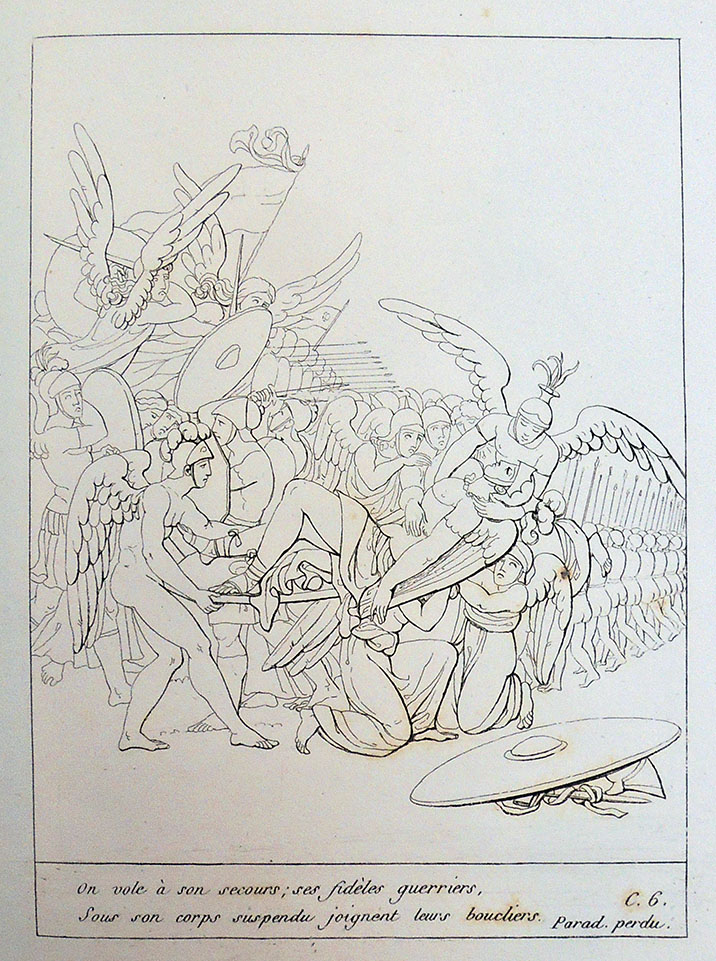 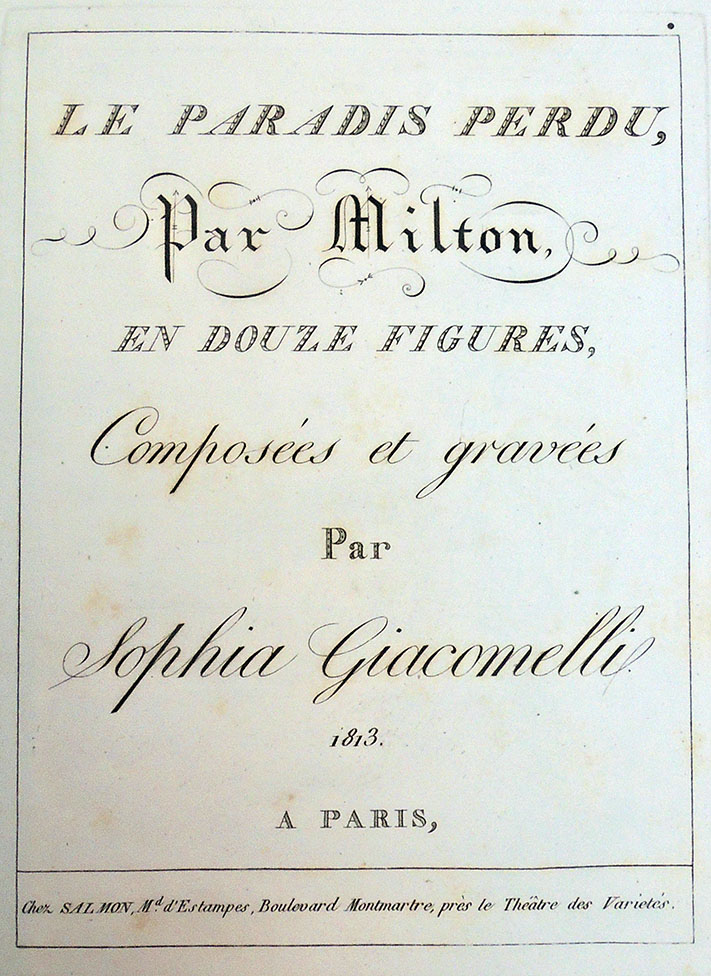 A brief note was published in The New Monthly Magazine, Volume 1 1814, “Madame Sofia Giacomelli has drawn and engraved in a style worthy of the best school of Italy twelve figures illustrative of Milton’s Paradise Lost. These figures as well as those which she has executed from the Divina Comedia of Dante, display a vivid imagination, replete with fire and originality.” 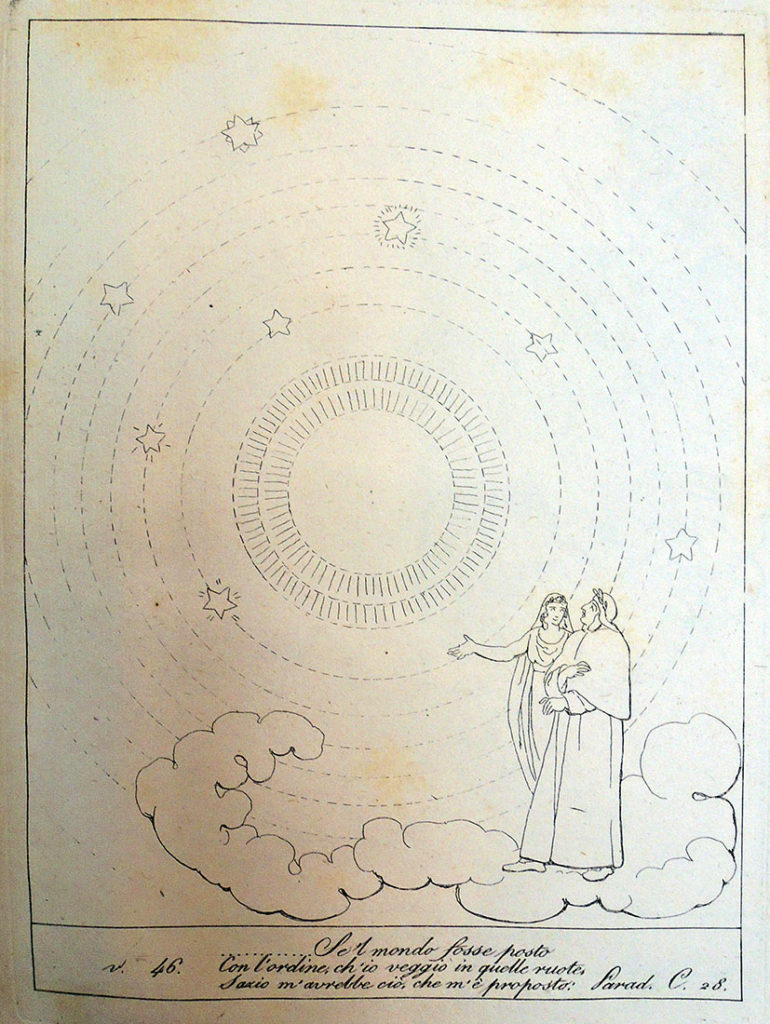 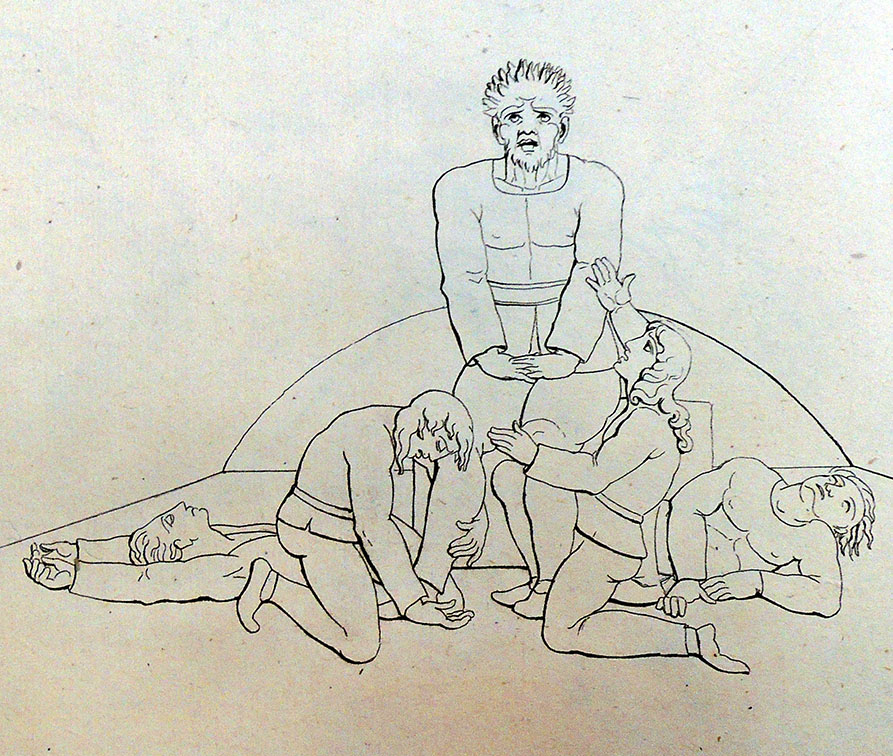 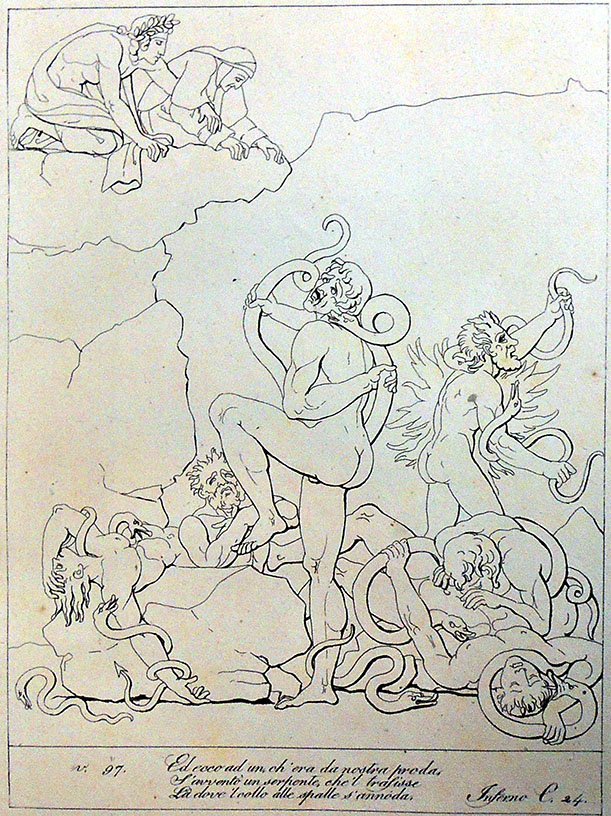 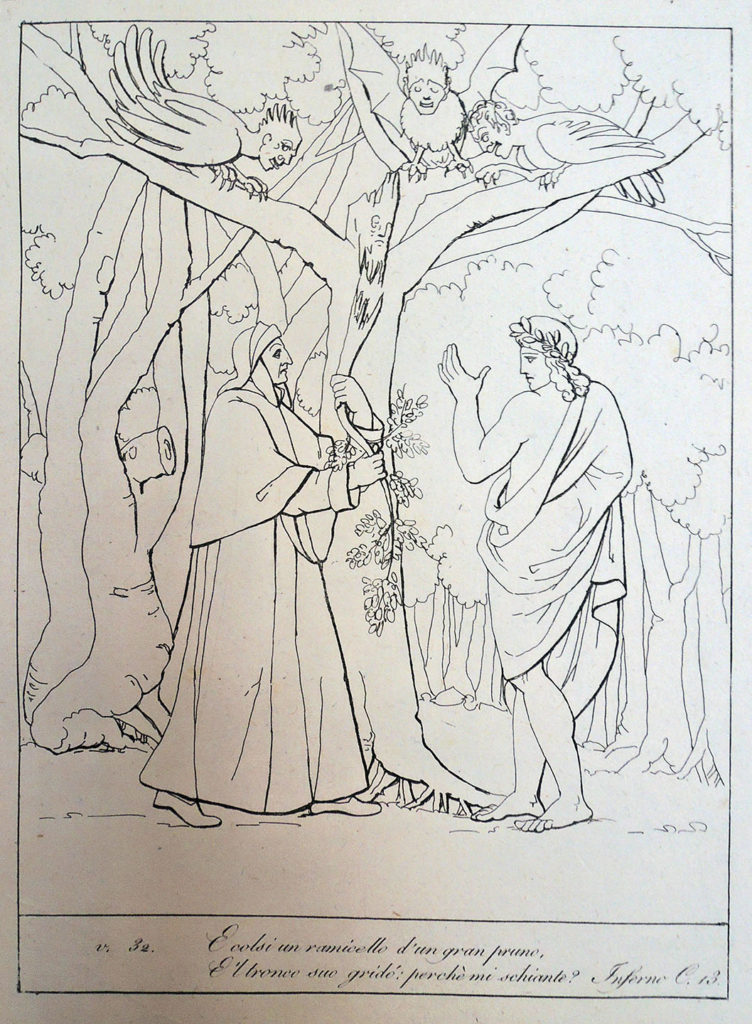 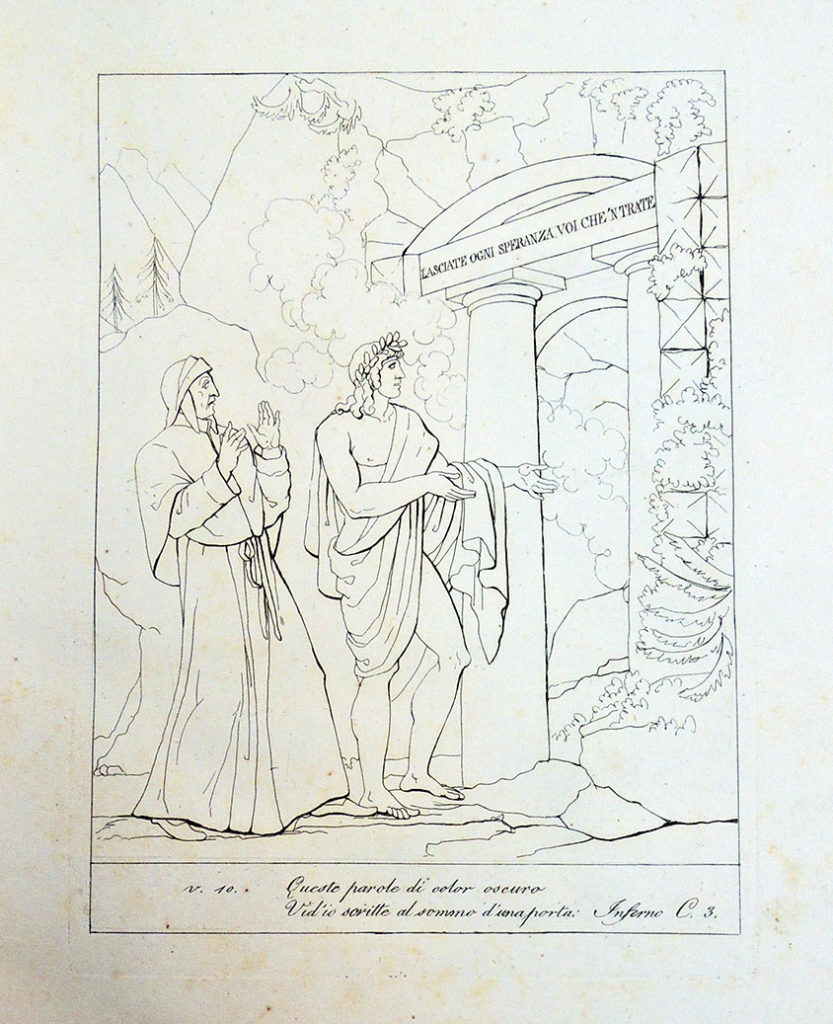