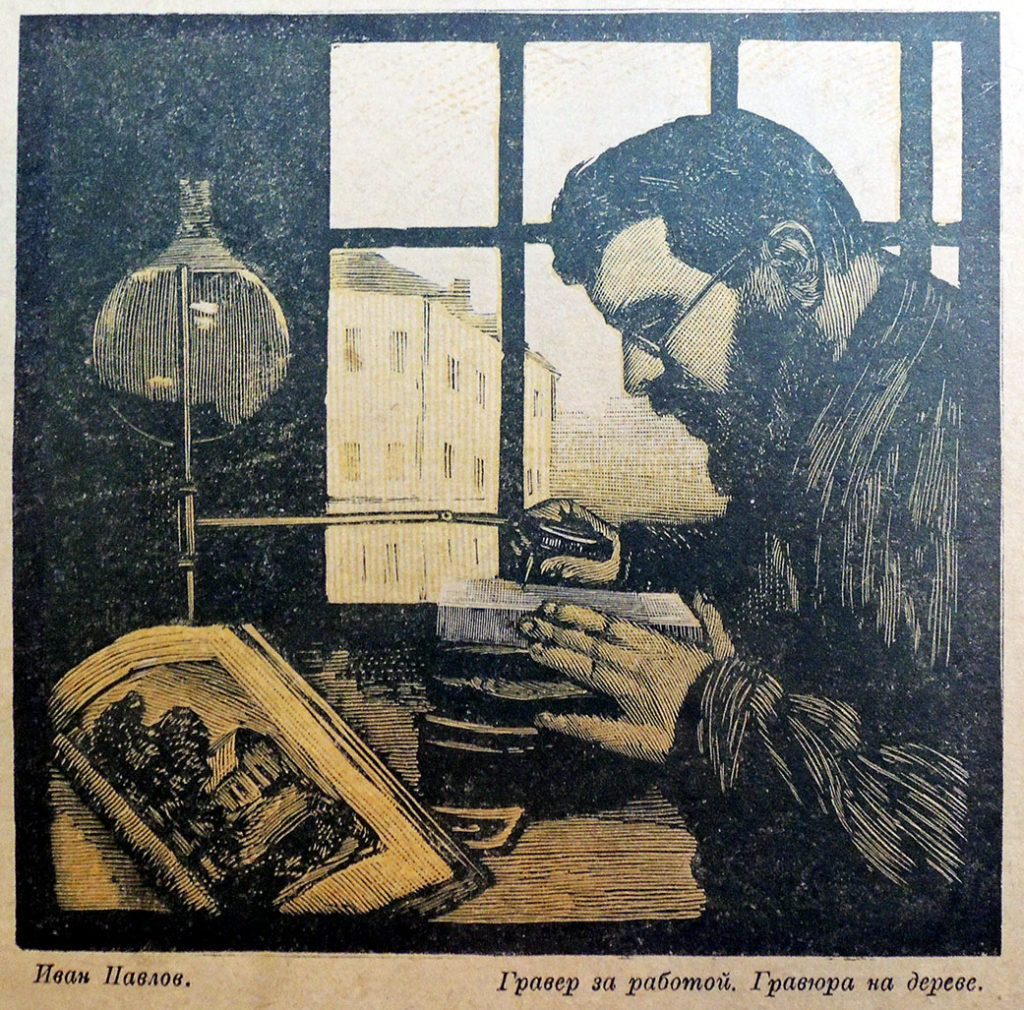 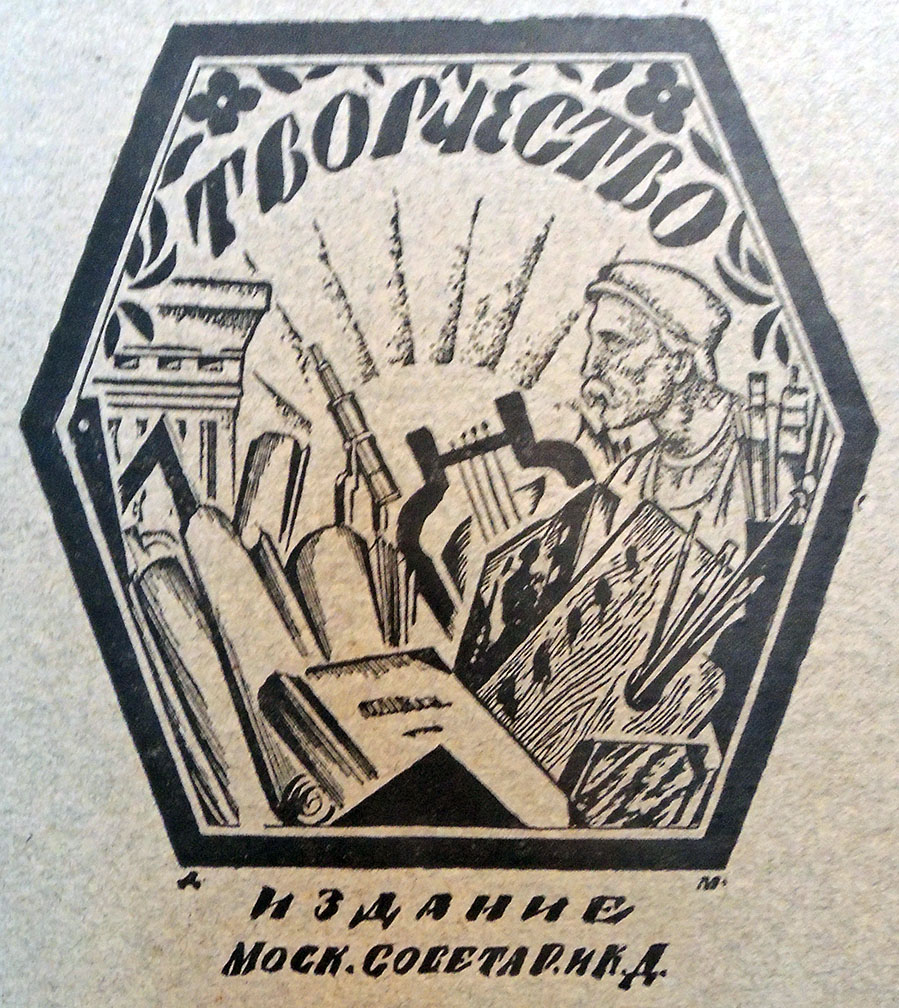 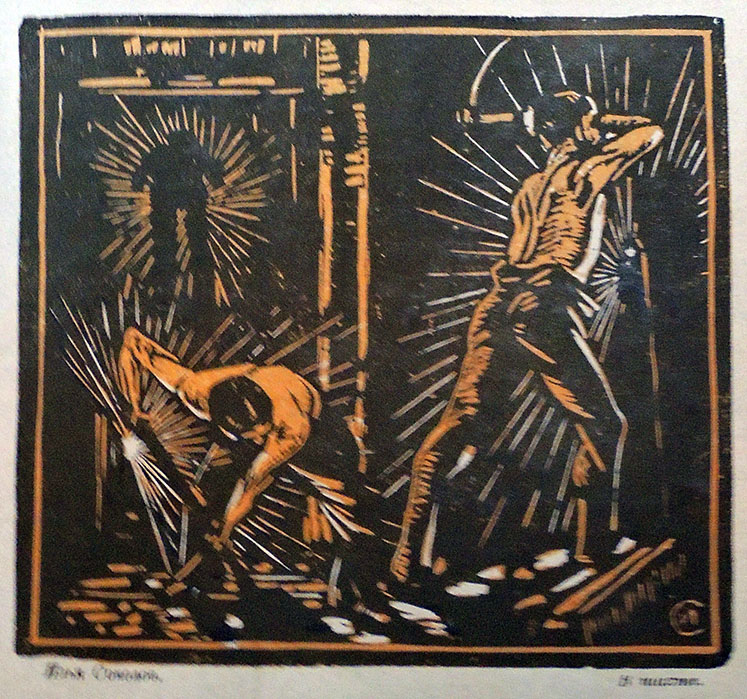 According to the dealer, “In 1918 [Tvorchestvo] was probably produced by the first illustrator of the Soviet science-fiction Anatolii Shpir (?-1951). Dmitrii Mel’nikov (1889–1956) completed the cover design of other issues, created the linocuts for internal design, and has written some articles. He was a propaganda poster maker and the artist of satirical magazines Krokodil and Bezbozhnik. At the same time the magazine design had a notable contributor, artist Nikolai Sinezubov (1891-1948), close to the art of Kandinsky and supporting him in theoretical discussions. In this period he participated in the Exhibition of the Four (1920) with Rodchenko, Kandinsky and Stepanova. Sinezubov created the linocut for one cover and a number of linocuts for the internal design.” 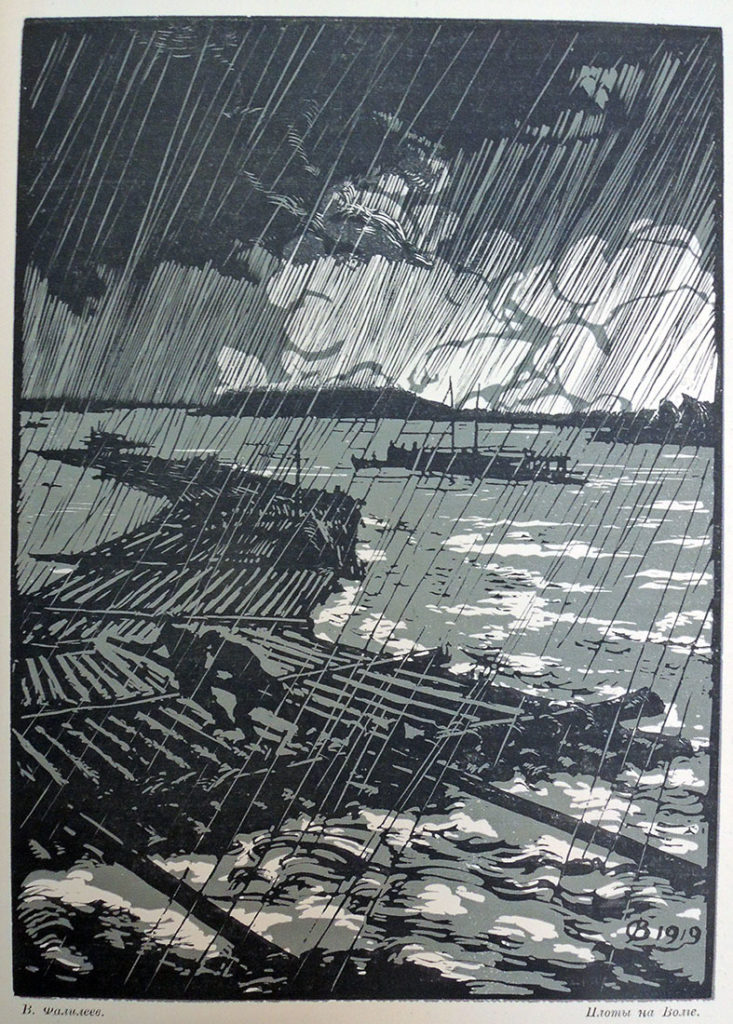 The earliest issues were principally literary and were full of revolutionary traces. Later the magazine began to include critical articles on contemporary art, with the beginnings of Soviet art history developing on these pages. In particular, the journal includes early articles by Soviet art historian Aleksei Sidorov (1891—1978), notable figure in the Soviet art and book design. Some of these pieces are critical of the new Museum of Artistic Culture, which flourished from 1919 to 1929, directed by V. Kandinsky in 1919-20 and A. Rodchenko during 1921-22. 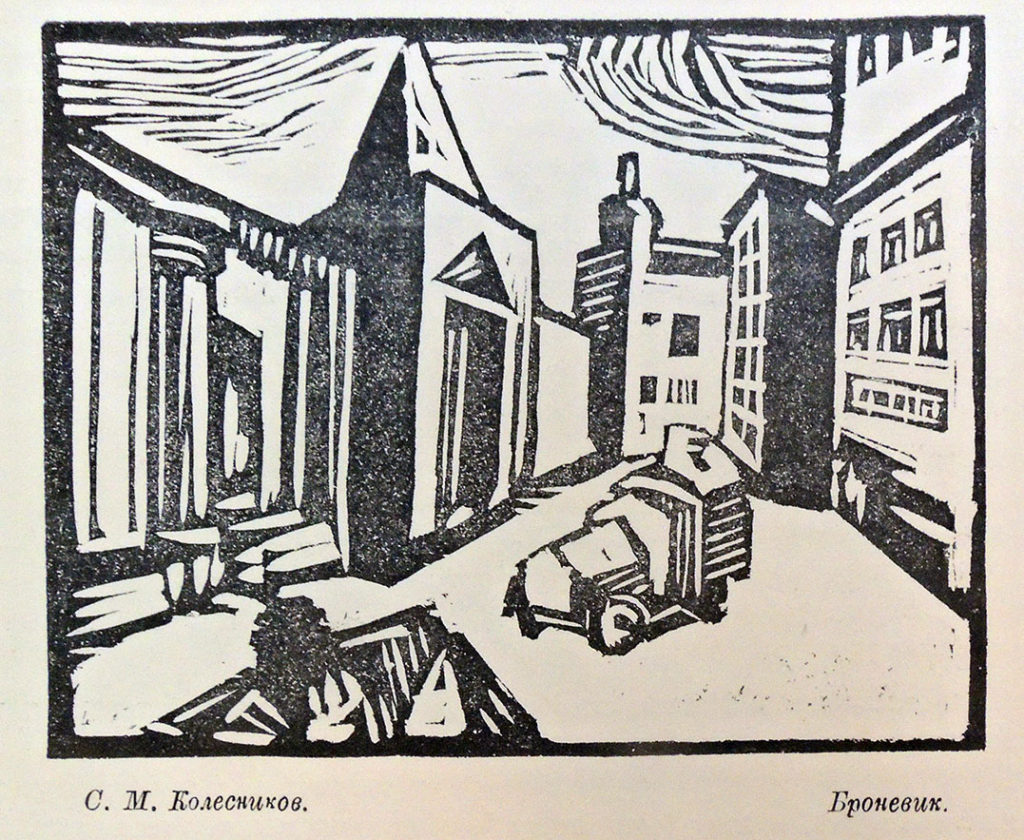 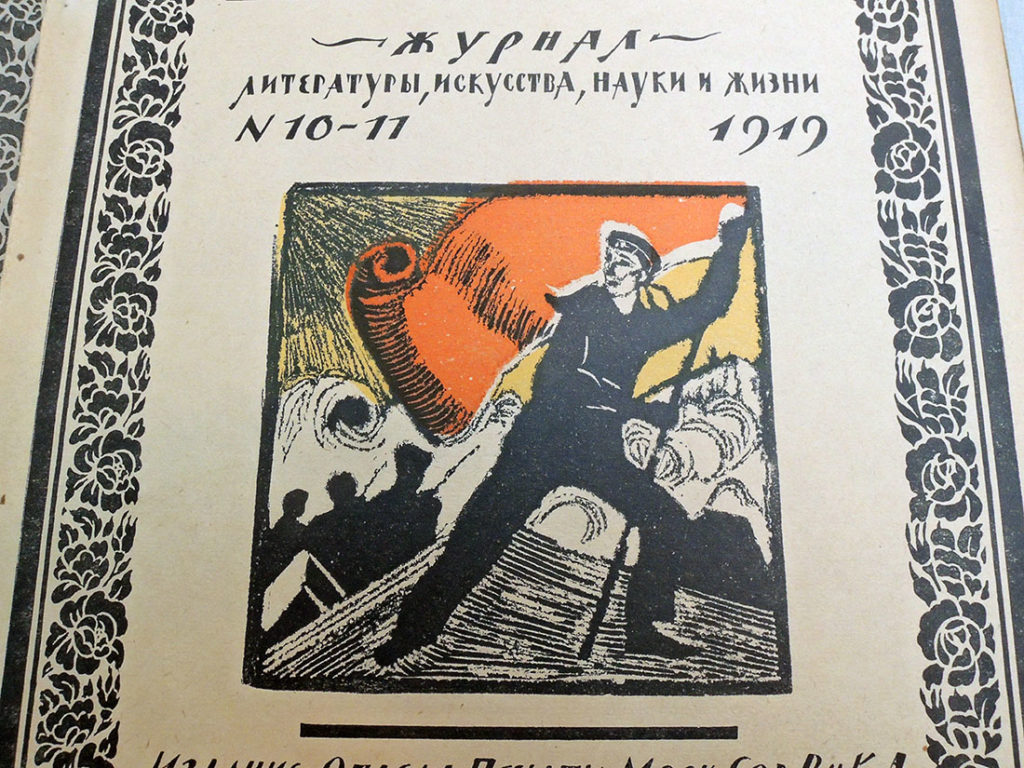 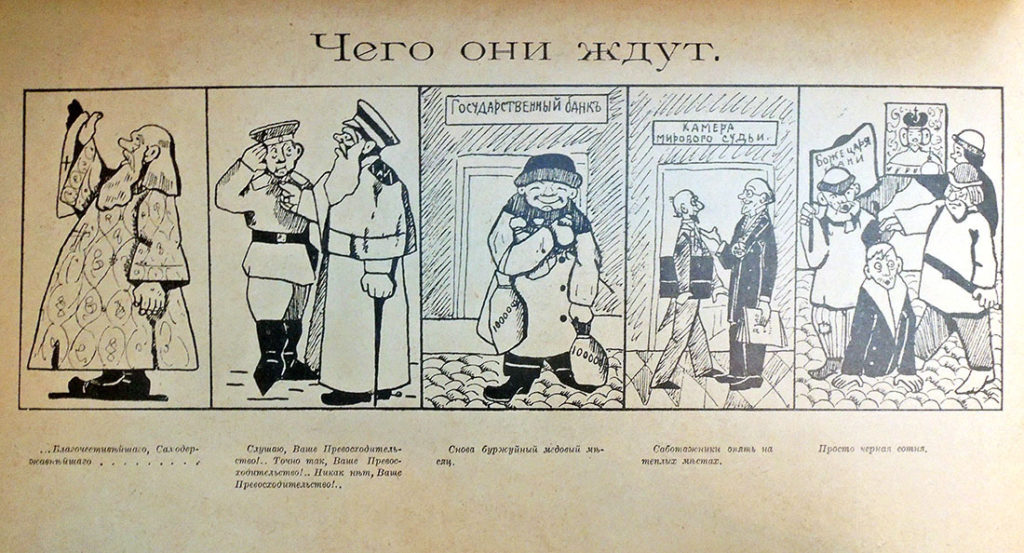 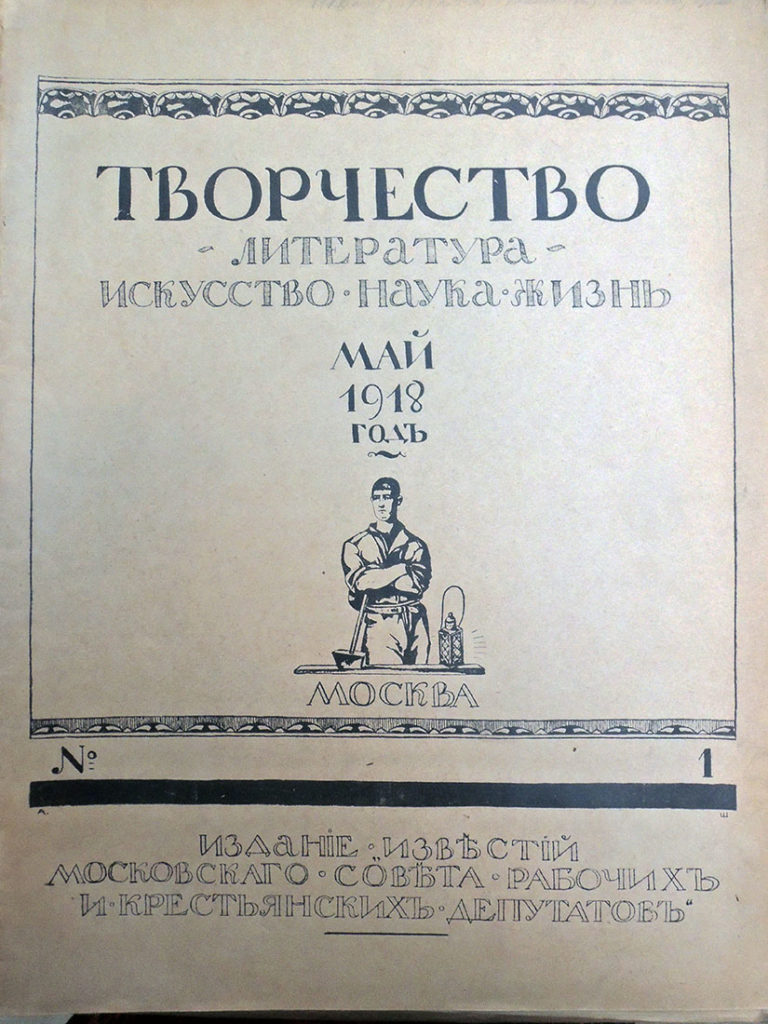 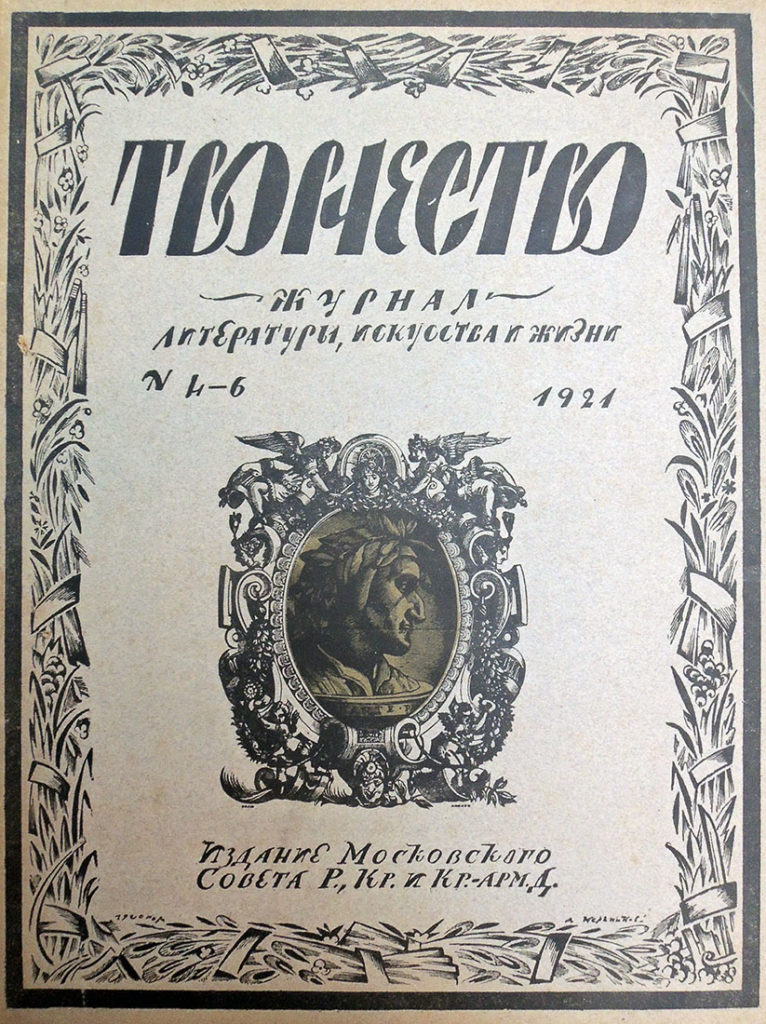