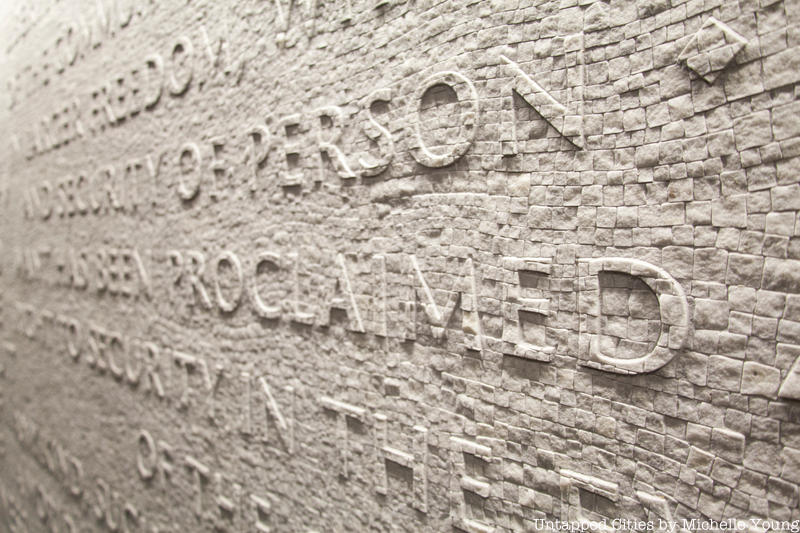 The official re-opening yesterday of the subway station at the World Trade Center’s Cortlandt stop also brought the unveiling of “CHORUS” by Ann Hamilton. According to the MTA Arts & Design committee Hamilton’s marble mosaic was commissioned soon after the station was destroyed in the 9/11 terrorist attacks.

“Hamilton’s wall installation, titled “CHORUS,” spans a total of 4,350 square feet and is integrated into the architectural design of the station and the World Trade Center Transportation Hub to which it is connected. Small marble tesserae form a white-on-white surface and spell out text from the U.S. Declaration of Independence and the 1948 United Nations Universal Declaration of Human Rights. The tactile surface invites subway riders to touch the text as they read the words, creating meaningful personal encounters meant to acknowledge the civic ideals and aspirations of humanity and society.” A selection from the MTA press release: http://www.mta.info/press-release/nyc-transit/mta-arts-design-debuts-marble-mosaic-wtc-cortlandt-1-subway-station 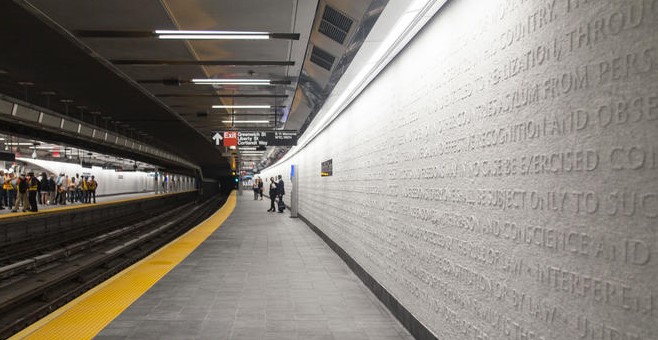 “Artists have the extraordinary ability to use their vision and creative process to create deeply meaningful civic places. Ann Hamilton creates a place that speaks to our highest ideals,” said Sandra Bloodworth, Director of MTA Arts & Design. “The woven text of her tactile walls moves us through the WTC Cortlandt station, acknowledging its historic significance and embracing the rights embodied in universally shared declarations.”

A MacArthur and a Guggenheim fellow, Hamilton is known in particular for her many site-specific projects in American libraries integrating text and architecture. She was also honored with the National Medal of Arts in 2015, the highest award given to artists by the U.S. government. “Culture is built upon and with the words and languages of people, their aural and written documents, collectively produced and shared in common,” said Hamilton. “‘CHORUS’ is a testimony to the ideas and ideals these national and international documents embody and demonstrate.” 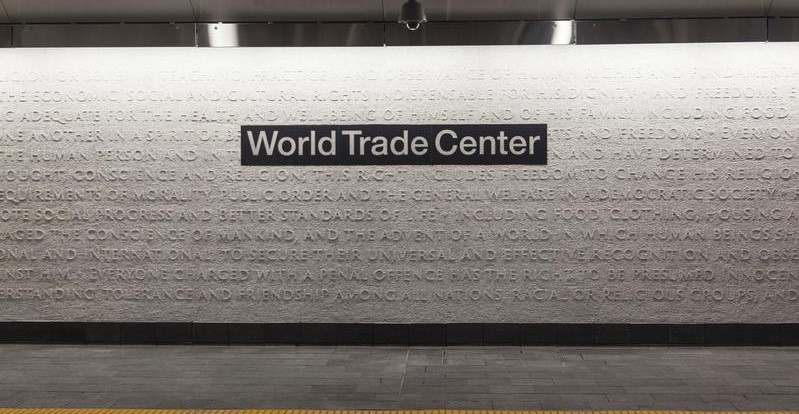