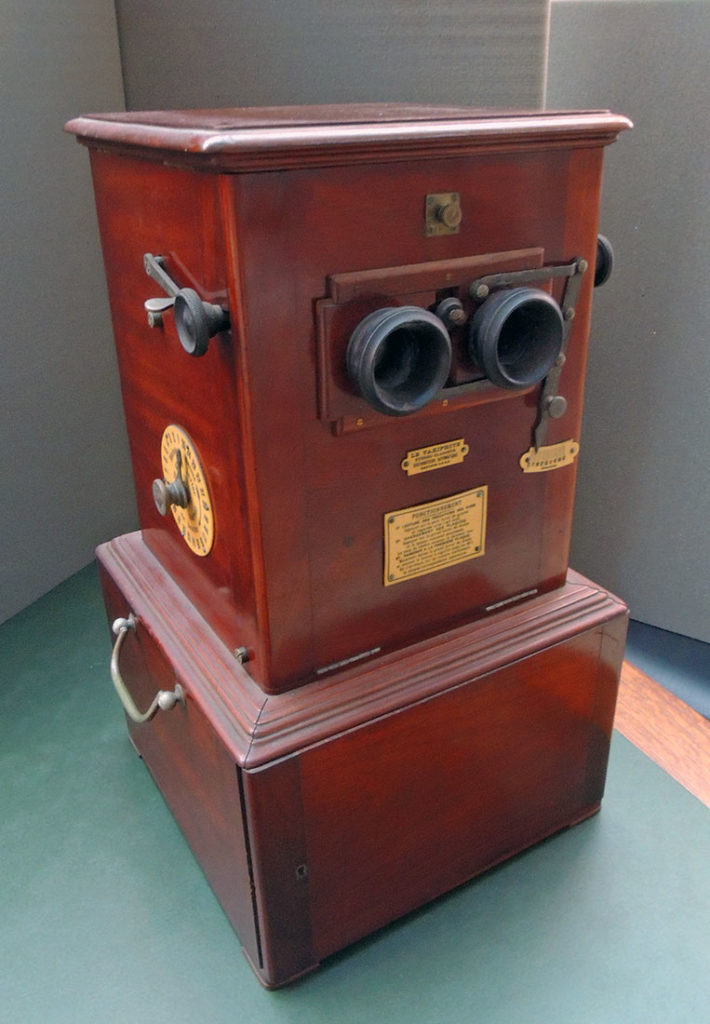 The Graphic Arts Collection recently acquired an early twentieth-century Taxiphote. Developed by Jules Richard (1848-1930) “Le Taxiphote” is a mechanical tabletop stereo viewer, ours having all its original cabinet drawers and parts, custom slide trays and a collection of approximately 200 glass stereo views of Paris and the French countryside.

This device is the most technically sophisticated of all the stereo-viewers Richard invented, much evolved from the hand-held stereoscopes most families had in their homes. All these devices involve two photographs taken from approximately the distance between our eyes so that when looking through the viewer, the two images merged into a single three-dimensional image. Richard’s camera for making stereograms was called a “Verascope,” patented in 1893. A few years later in 1899, he patented the first model for the viewing stereo-slides, which he called “Le Taxiphote,” sold well into the 1930s. There are two levers; one to raise the slide and view the image with both eyes and a second smaller lever to read the text on the slide caption with your right eye. 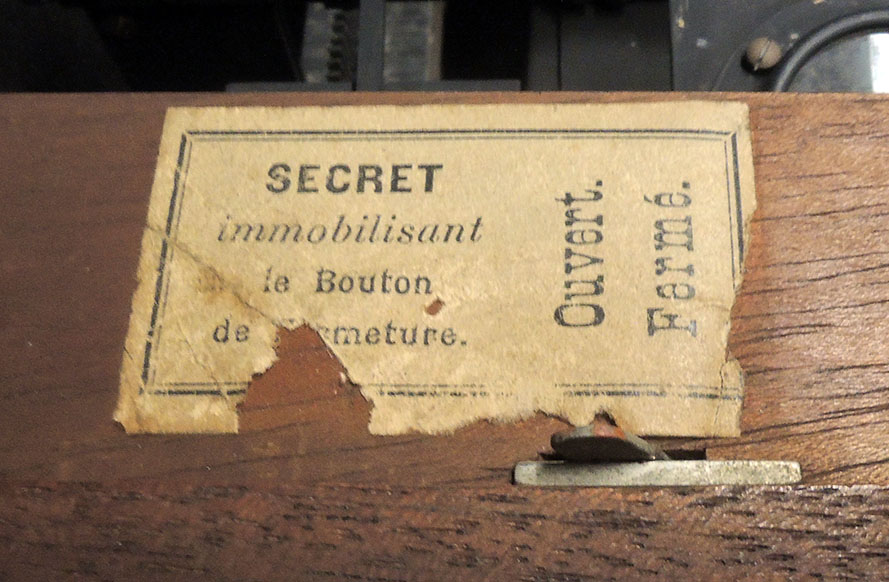 Jules Richard was the son of Félix Richard, a manufacturer of optical and measuring instruments and the nephew of Gustave Froment, a well-known manufacturer of electrical instruments.
Jules designed barometers, thermometers, chronographs, dynamometers, and other photographic devices.

“Having been personally owned and managed by Jules Richard for thirty years, in 1921 the business became a public company, with a capital of six million francs and a workforce of about 300. In 1923 Richard gave the city of Paris six million francs to found an ‘École des Apprentis Mécaniciens Précisionnistes’, to provide training for precision instrument makers and ensure the continuity of the skills which were so important to him. This college still exists. So too does the firm, at least in name, the present ‘Société JRC’ (Jules Richard Constructeurs) manufacturing precision instruments for industrial uses.” Museum of the History of Science, Oxford. 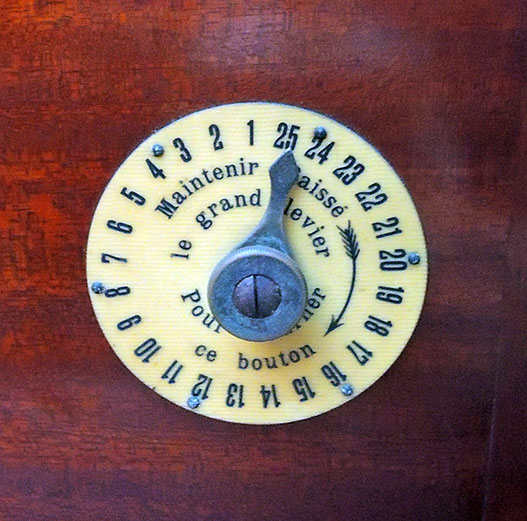 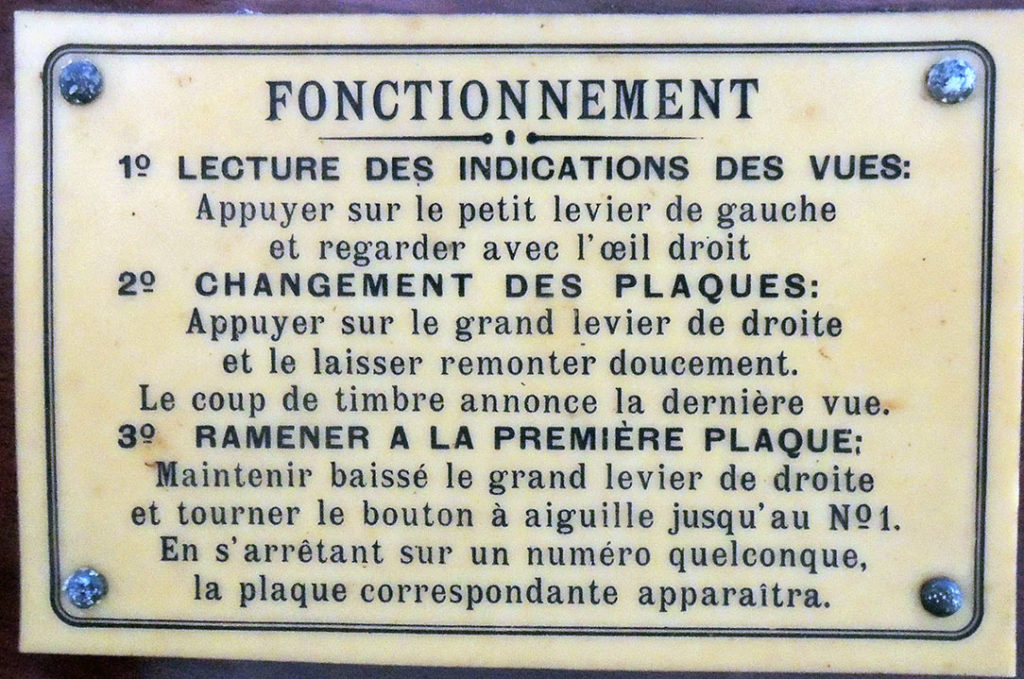 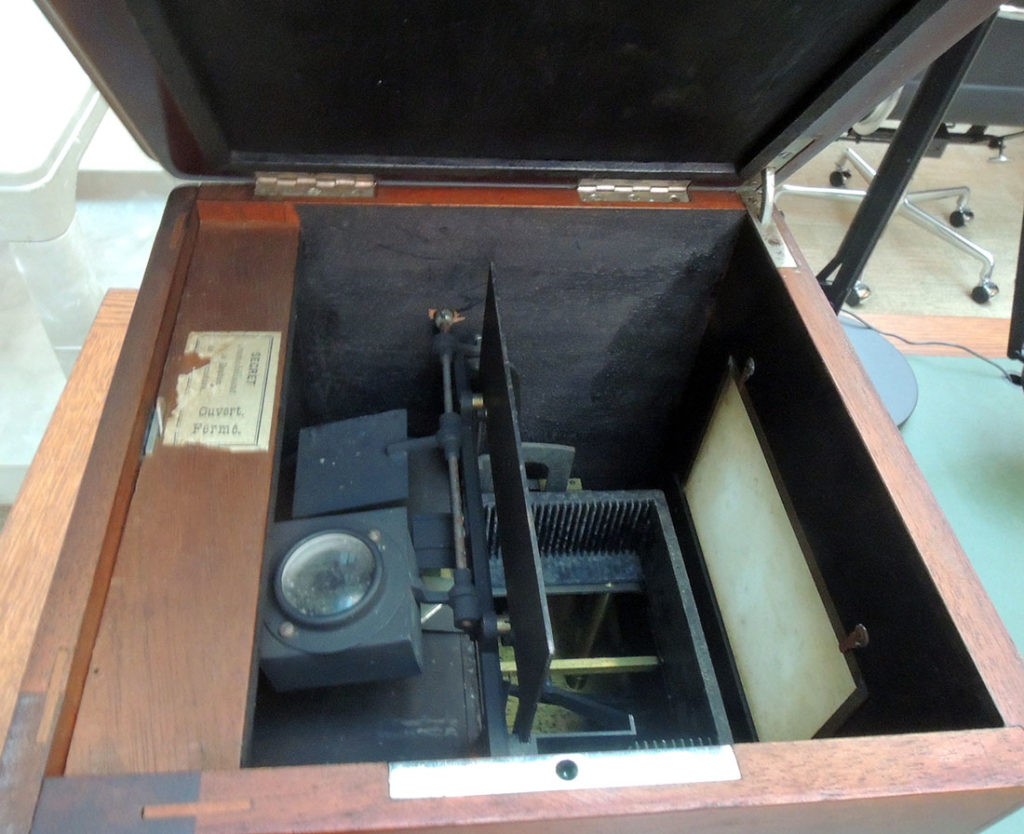 Opening the top, one cassette of glass slides is loaded. Turning the side crank will lift the first slide and place it in front of the lens, with light coming through the ground glass behind. Keep turning and the next slide will move into place, and so on. 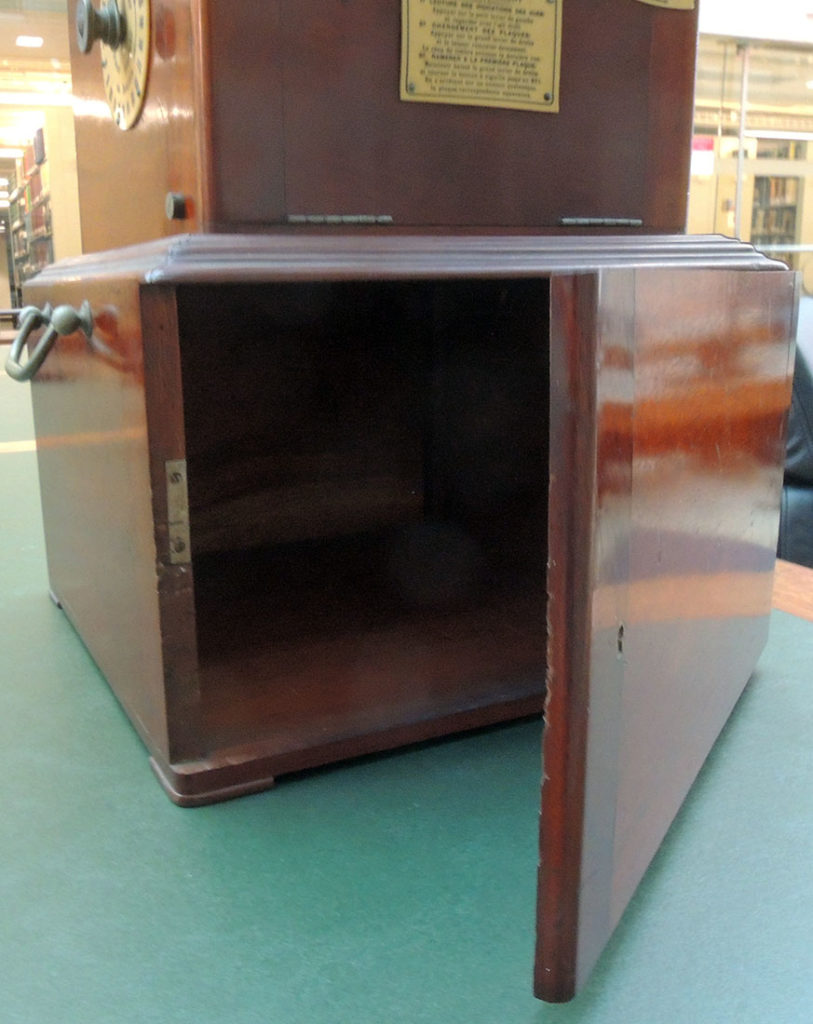 The bottom of the box is a storage space to hold our 200 glass slides, created for this viewing device specifically. The slides are on their way to Princeton and when they arrive will also be digitized for long-distance viewing.

Thanks to Rubén Gallo, Walter S. Carpenter, Jr., Professor in Language, Literature, and Civilization of Spain at Princeton University for his assistance in acquiring our Taxiphote.