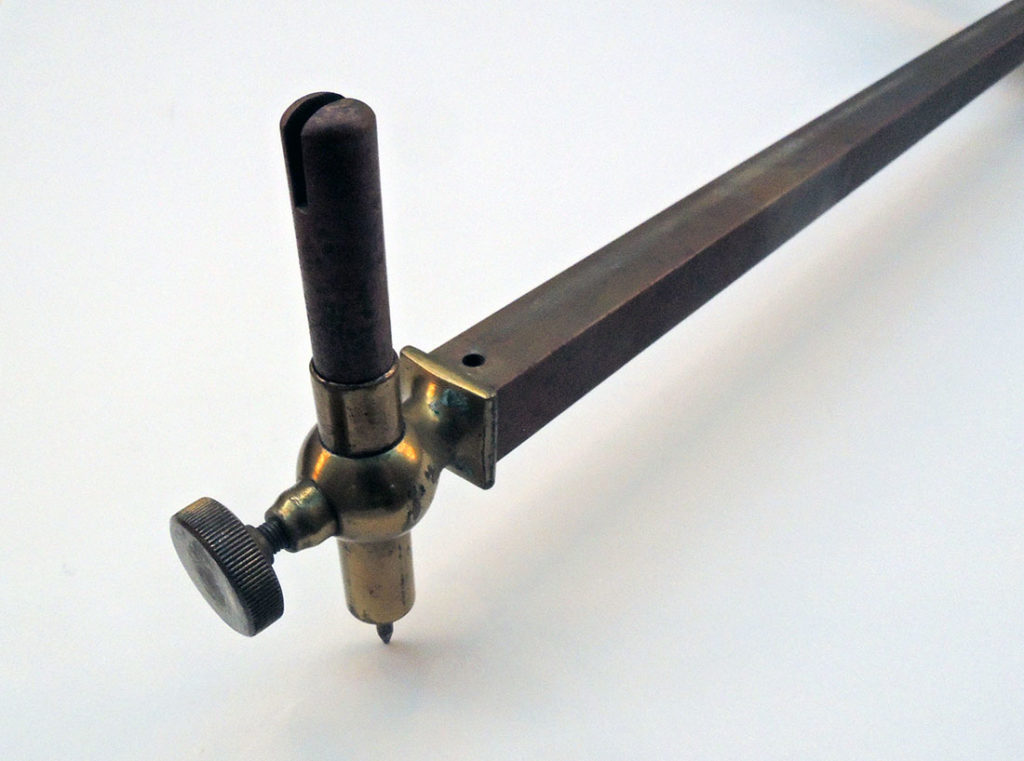 A quick and (relatively) simple way to enlarge or reduce an engraving, map, or chart in the 19th century was to use a Pantograph. See: http://libweb5.princeton.edu/visual_materials/maps/globes-objects/hmc05.html#pantograph

But if you were a skilled, sophisticated graphic artist, you might prefer the more complex instrument known as the Eidograph, such as this one recently acquired by the Graphic Arts Collection. 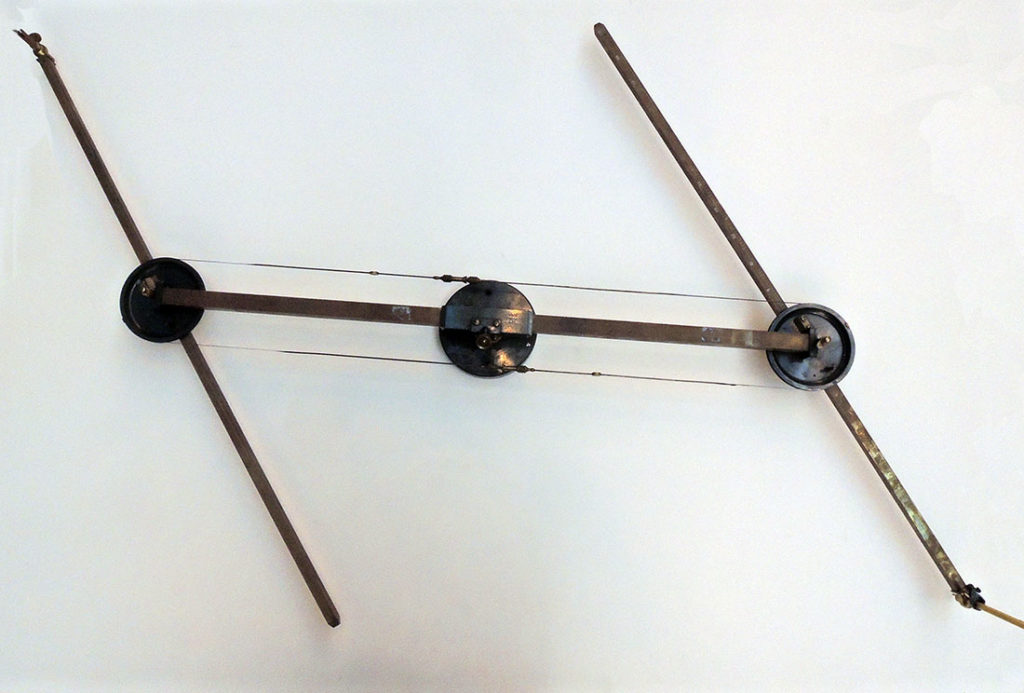 Although a similar instrument can be traced to 1631 and the Jesuit astronomer Christoph Scheiner (1573-1650), we usually credit William Wallace (1768–1843) with the invention of the modern version in the 1820s. Princeton’s model was made by Joseph Casarelli’s Manchester firm, Casartelli & Sons, in the late 19th-century. Ours has a three foot beam calibrated 90-0-90 with vernier scale, locking screw, and cast pulleys connected to the center point by tension cables. Each connects by a similar vernier socket to their respective calibrated adjustable arms fitted with attachments for transposing lines onto paper.

The Eidograph came housed in its original fitted mahogany box with its accessories and pasted instructions to the lid as well as a hand-written paper copy. The approximate measurements of the box are 36 x 5 1/2 x 6 1/2 inches (91 x 14 x 17 cm). According to a previous owner, this Eidograph was used in the Surveying Department of Eppleton Colliery, Hetton Le Hole in the Durham Coalfield. A similar example by Casartelli is in the Institution of Civil Engineers Museum Scotland. 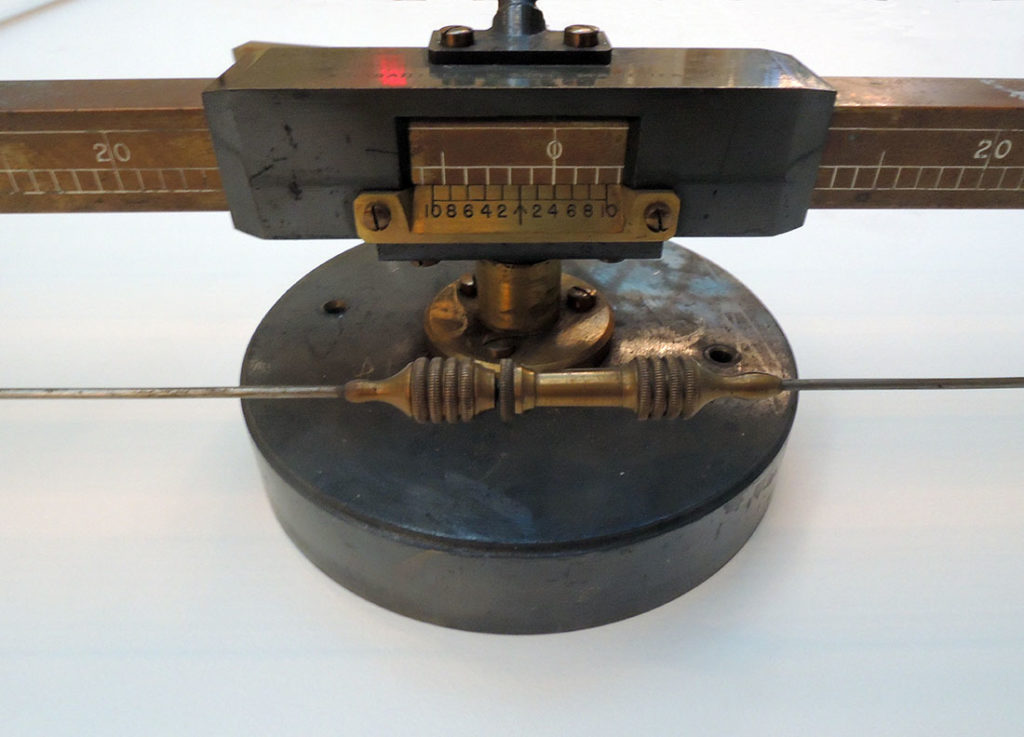 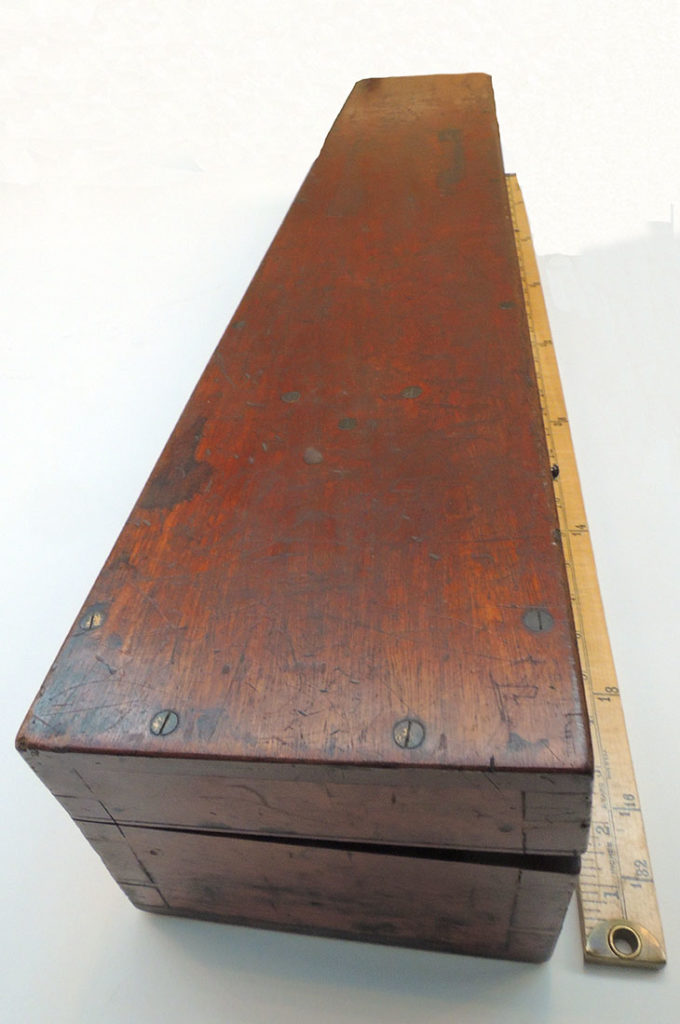 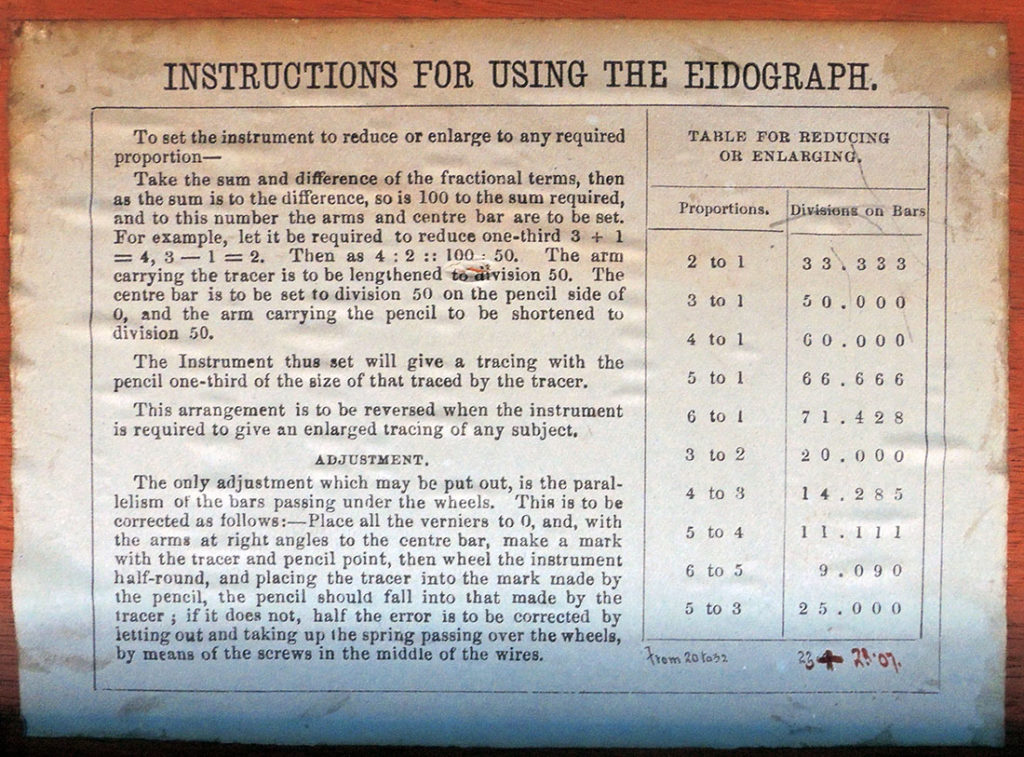 As with many inventions, there are disagreements as to who the true inventor of the Eidograph really was and A.D.C. Simpson wrote the whole story in a wonderful article: “An Edinburgh Intrigue: Brewster’s Society of Arts and the Pantograph Dispute,” The Book of the Old Edinburgh Club 1 (1991): 47-73. DA 890.E2 B665 (Here’s a pdf: edinburgh intrigue). Well worth a read even if you will never own or use the instrument. 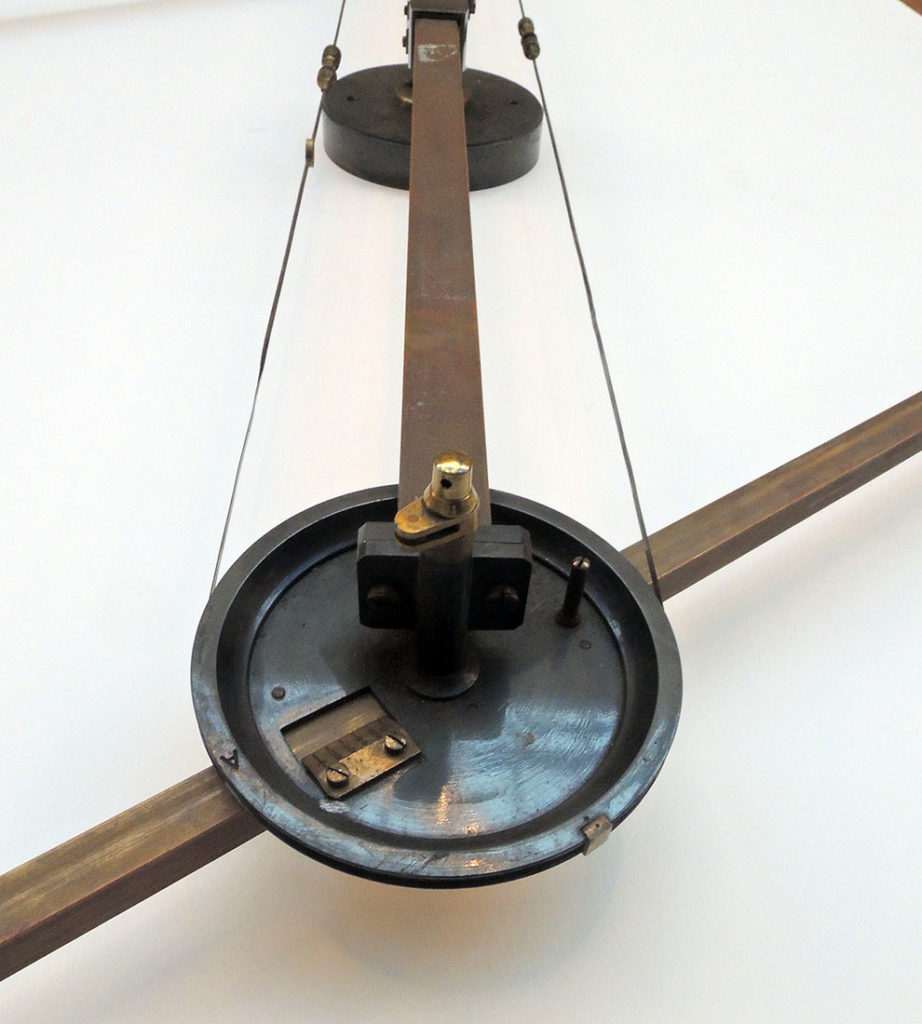 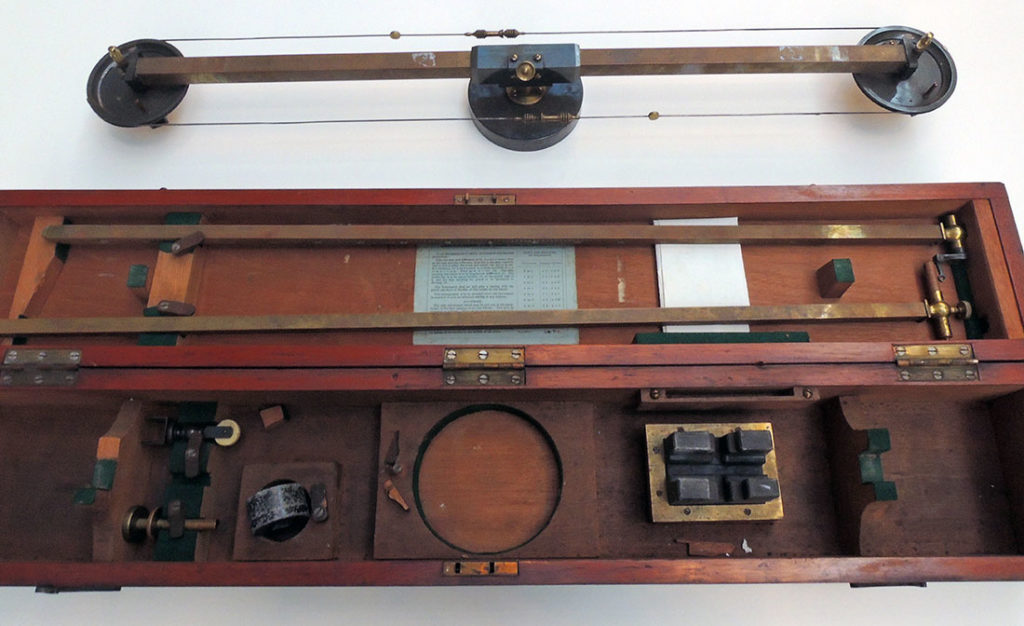 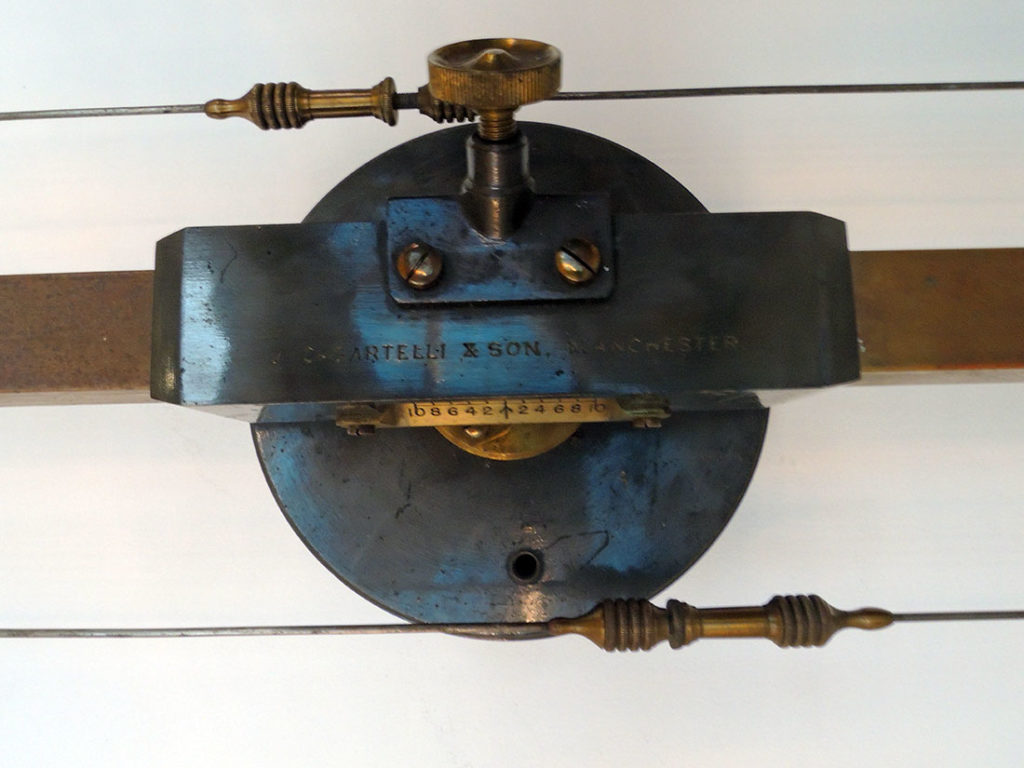