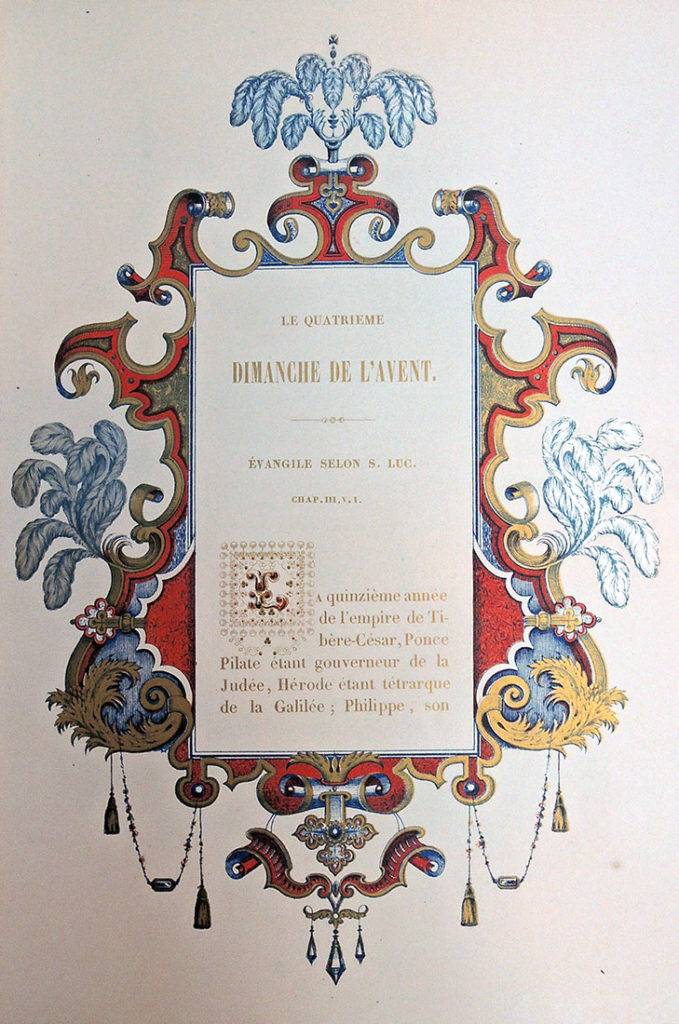 OCLC lists fewer than a dozen copies of Barbat’s masterpiece of early lithographic printing in libraries worldwide and so, it is a treat to have acquired a copy for the Graphic Arts Collection. In his discussion of 19th-century printing on coated or enameled papers, Michael Twyman mentions two reasons for using “carton porcelaine” as Barbat does with this volume: First because when powdered colors were used, its smooth surface made it easier to brush away the powder from unwanted areas and second, because the coating limited the amount of water that was absorbed in the course of printing. The two notable publications he sites that made use of such paper are Midolle’s Recueil, ou, alphabet de lettres initials historiques (1846) and Barbat’s Évangiles seen here. 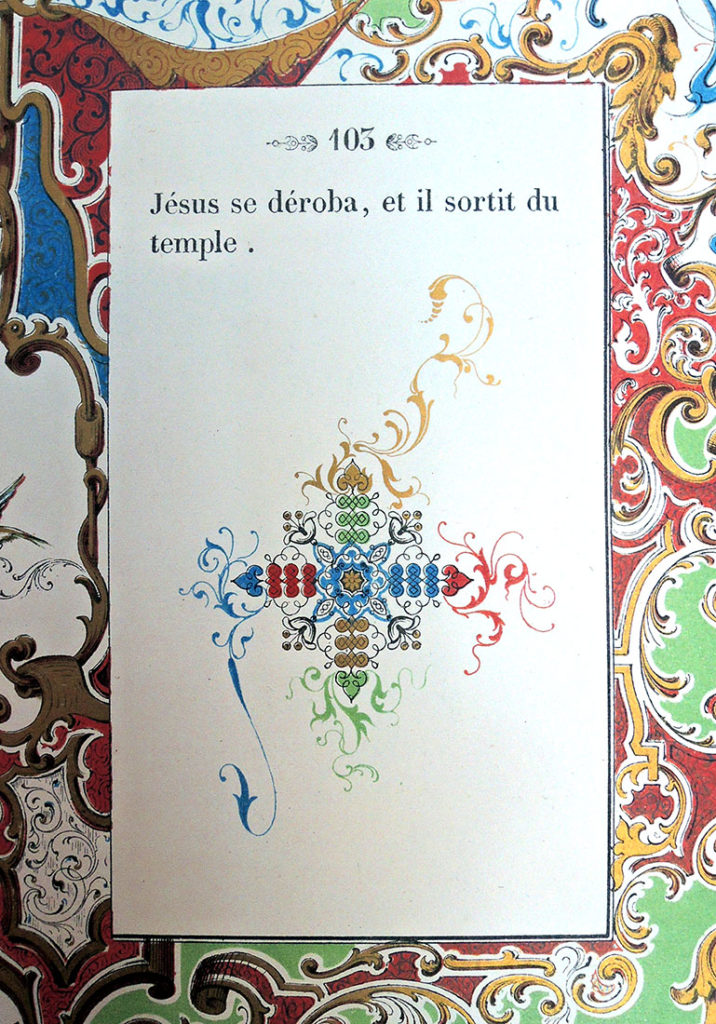 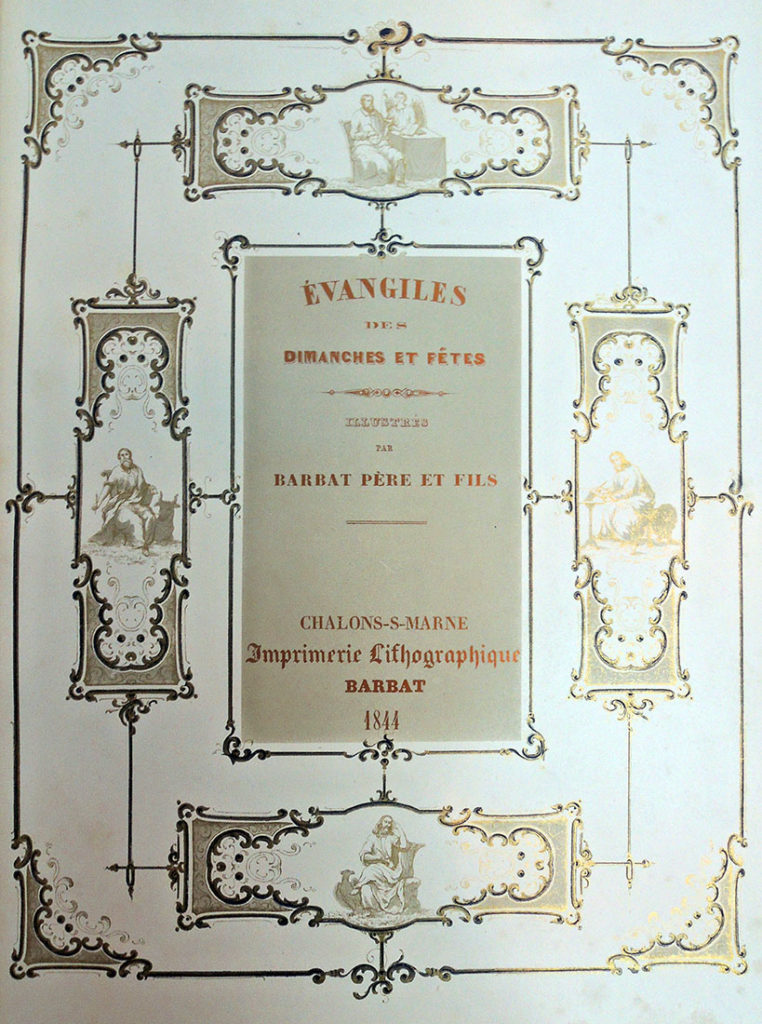 Louis Barbat and his son Pierre-Michael opened their shop in 1833 after several years experimenting with lithography. On January 3, 1834, they received a patent to adapt a printing press to print several colors simultaneously. Barbat’s entry for the 1839 Paris exposition, which included some of the title pages for the Évangiles, was praised for his color printing and at the 1844 Paris exposition the completed Évangiles was awarded a silver medal.

Twyman notes that Évangiles “was very much a family undertaking and, in addition to a prominent reference to the Barbat name on both the imprint page and title-page, Barbat, P. Barbat, and Barbat fils are acknowledged as designers at the foot of many borders. This suggests that, like many other lithographic establishments of the day, the ‘Imprimerie lithographique Barbat’ was very much artist-driven.” Interesting to note this on the eve of the artist’s book fair where the artists’ book are frequently defined as beginning in 1965.

Although our collection holds a number of printed labels and Belgian “carton porcelaine” trade cards, we do not have any of Barbat’s metallic wine labels for the Champagne merchants. This would be a wonderful addition, if anyone has any left-over bottles. 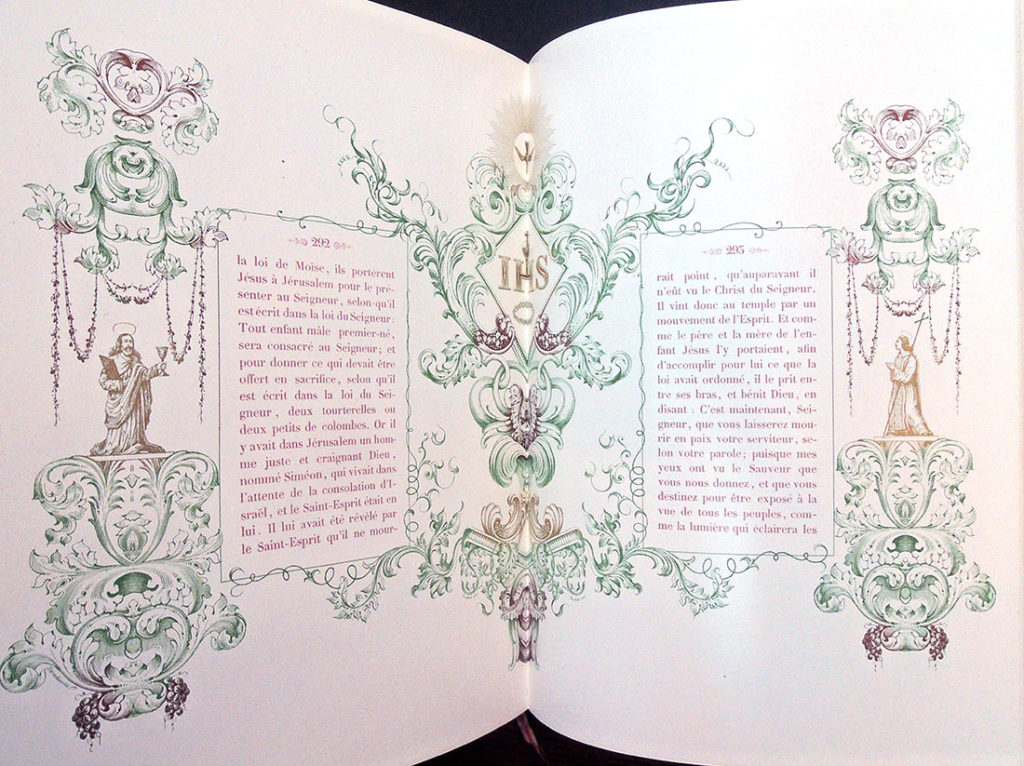 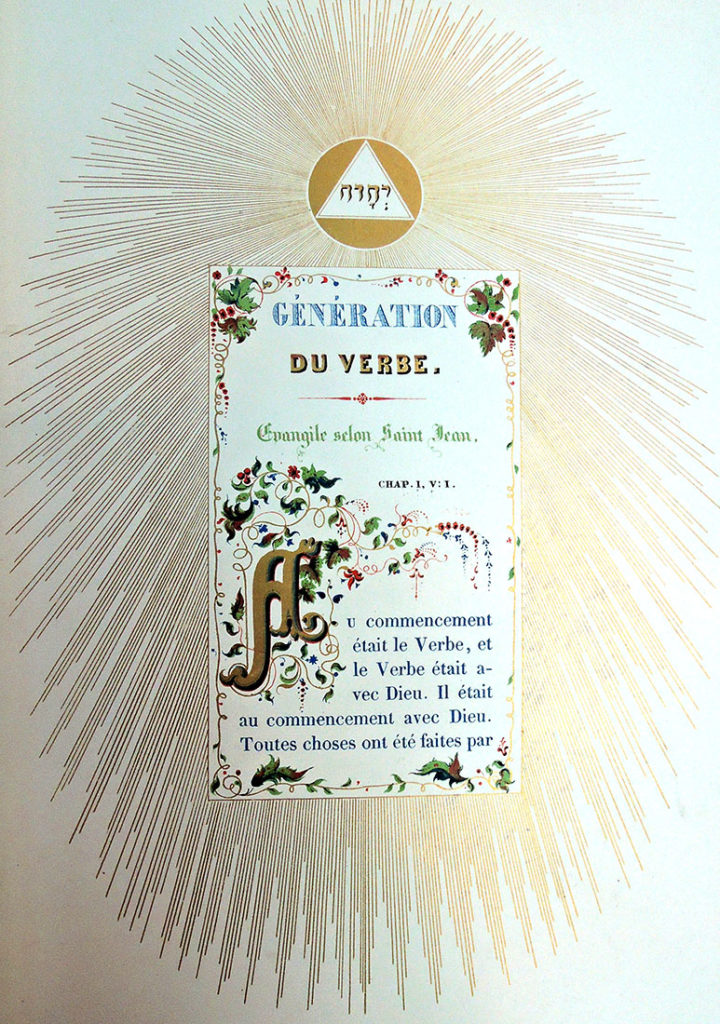 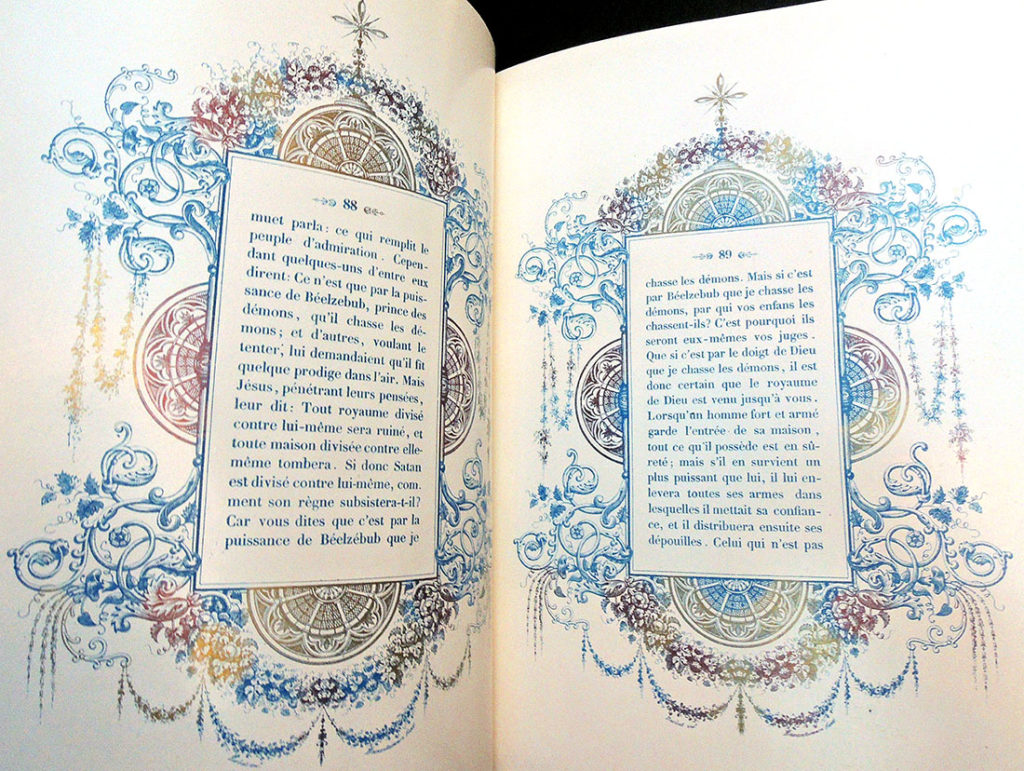 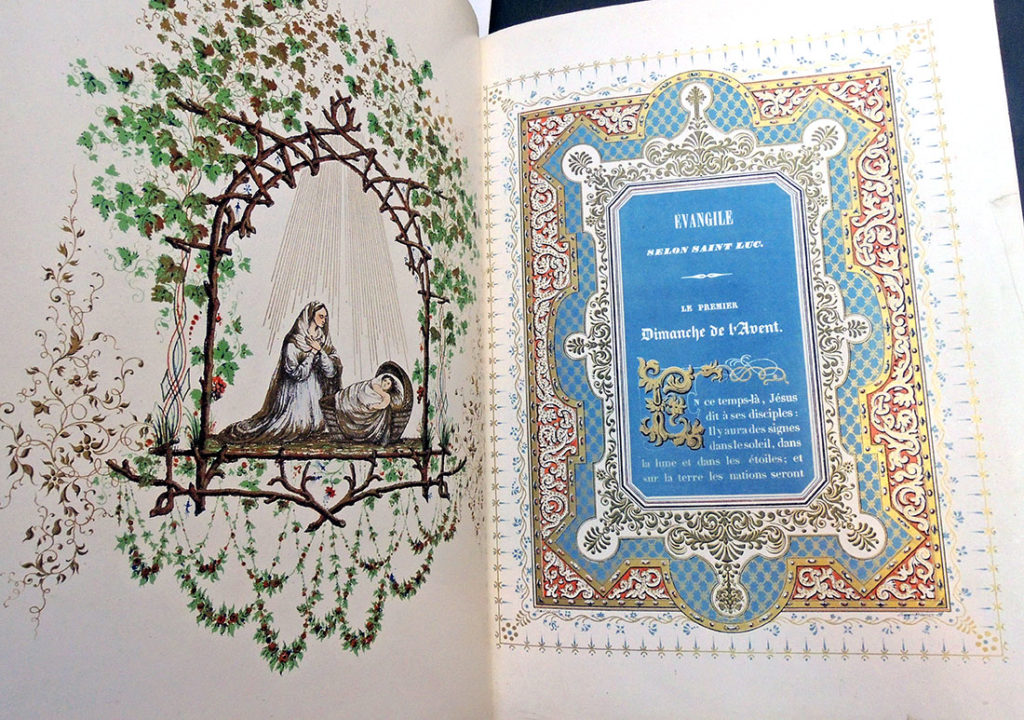