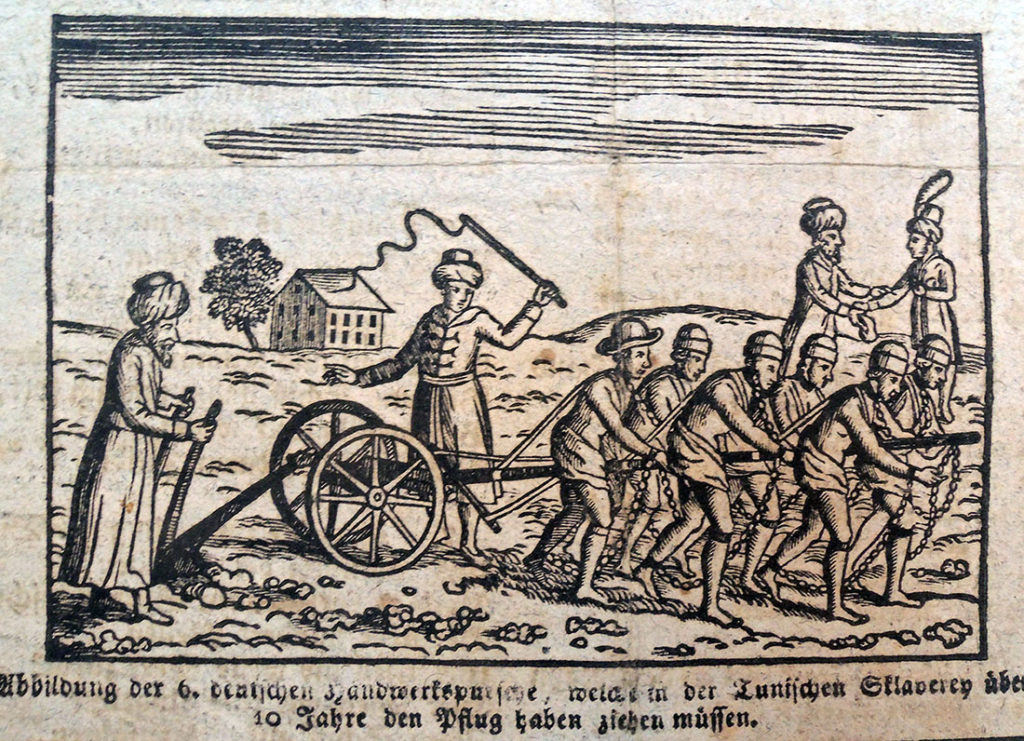 On the title page of this 1812 ballad is a woodcut depicting six Germans pulling a plough while turbaned slave owners harass them. In the top right, a nobleman pays for their release, including Johann Ehrenfried Weishaupt who might be the one slave with a different hat. 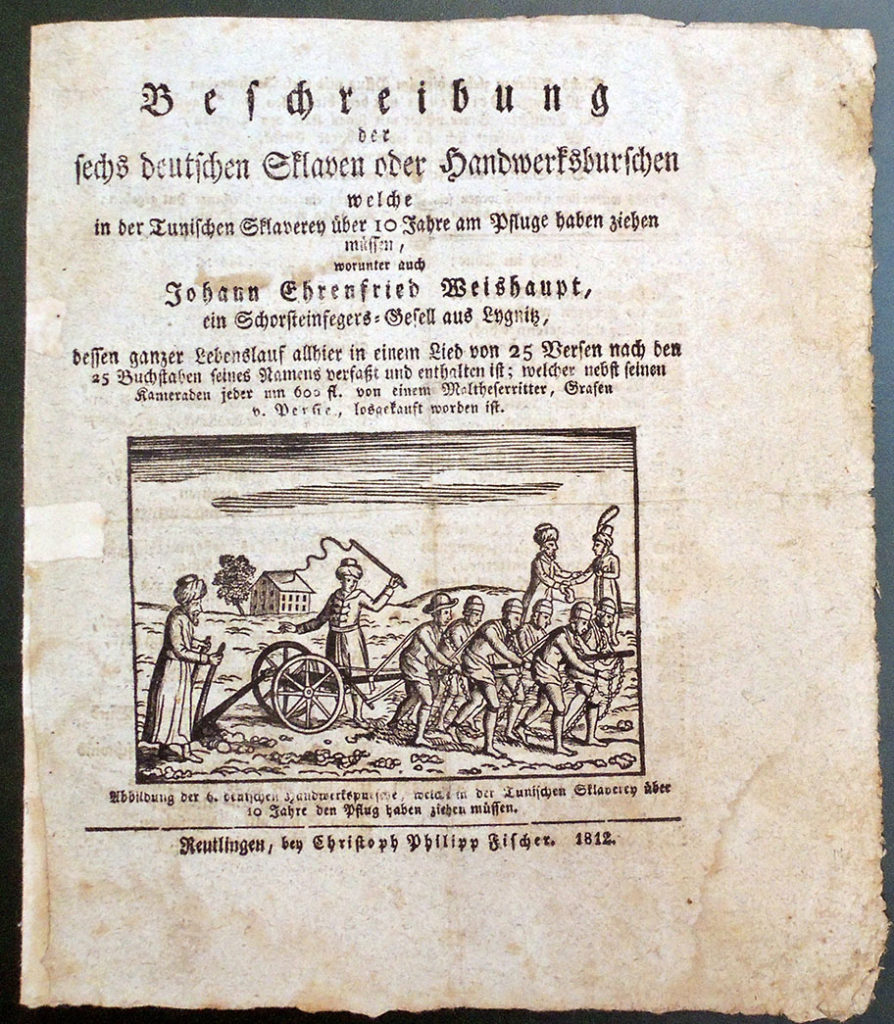 The Graphic Arts Collection recently acquired a very rare first edition of this ballad, which we are told was performed at fairs singing to the tune of Als einstens Herr Merkurius. The anonymous author used as his source text the self-published story of the apprentice chimney sweep Johann Ehrenfried Weishaupt who was abducted and spent ten years as a slave in Tunisia before being freed by a Maltese nobleman, returning to his native village in Silesia. The source text is also very rare: Beweinungswürdige Schicksale Johann Ehrenfried Weishaupt aus Liegnitz in Schlesien. Von ihm selbst aufgesetzt, first published 1789, with a second edition in 1795. No copies can be found in the United States. 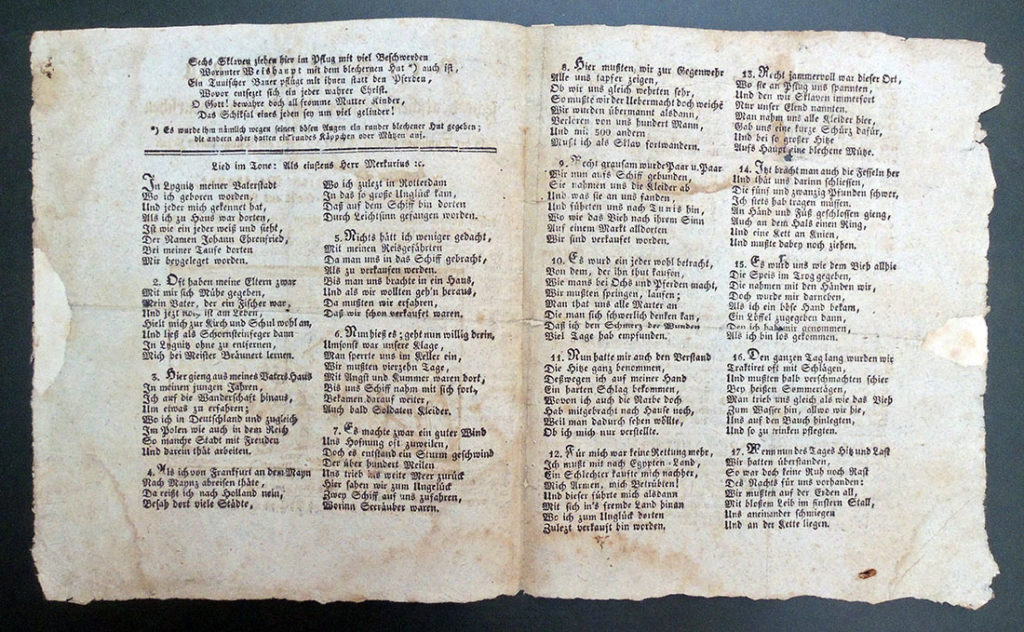 Th printed ballad is also a type of acrostic, with the first letter of each of the 25 verses spelling out Johann Ehrenfried Weishaupt’s name, the subject of the narrative.

The pamphlet has a long printed note at end, which tells the reader that when he returned, Weishaupt set up a small cabinet in his father’s house with the curiosities from his time in the Middle East: an ostrich egg; a large sea shell; a large spider crab; a ‘Tunisian’ nut from which the Turks derive color; a basket woven from sugar cane; the shell of a large scorpion; the curiously shaped spoon from which he ate while in captivity; and the curiously shaped metal hat he was forced to wear. I’m told the curiosity cabinet can still be inspected but I haven’t been able to find a reference online.