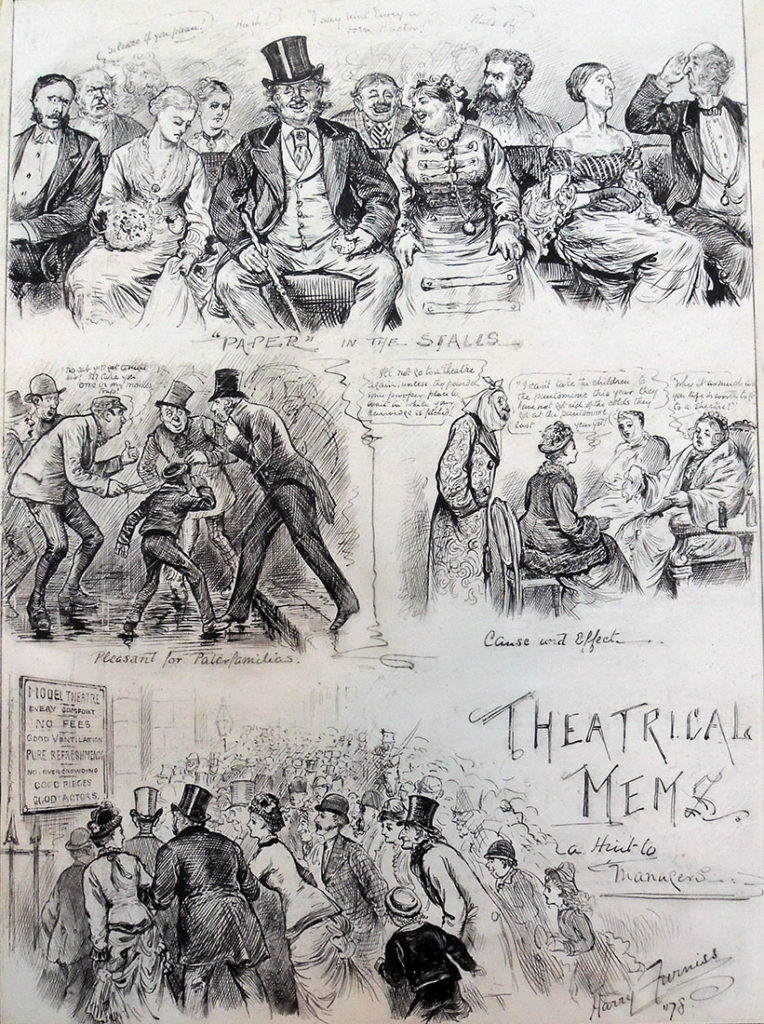 This post was directed to our friends in Great Britain who were asked to answer the question: “What are mems?” Happily, the answer came in minutes from Simon Beattie, citing the OED:
mem, v.
Pronunciation:
Brit. /mɛm/
U.S. /mɛm/
Frequency (in current use):
Origin: Formed within English, by conversion. Etymon: mem. n.1
Etymology: < mem. n.1
nonce-word.
transitive. To note or write down as a memorandum.
1915 W. J. Locke Jaffery v. 61 Once having ‘mem-ed’ an unpleasant thing in my diary, the matter is over.

The term appears in such book titles as:
A Paper, of Tobacco: Treating of The Rise, Progress, Pleasures, and Advantages of Smoking: With Anecdotes of Distinguished Smokers, Mems on Pipes and Tobacco-Boxes, and a Tritical Essay on Snuff (London 1839)

Mems of America, and Reminiscences At Home and Abroad (London 1839) 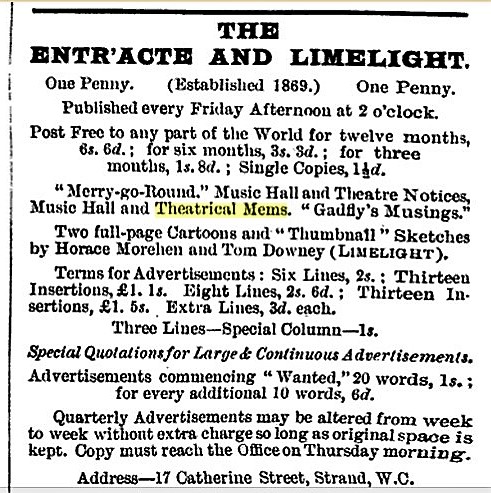 This advertisement [above] in Willings Press Guide includes Theatrical mems, as does the print at the top from The Illustrated Sporting and Dramatic News, April 6, 1878. 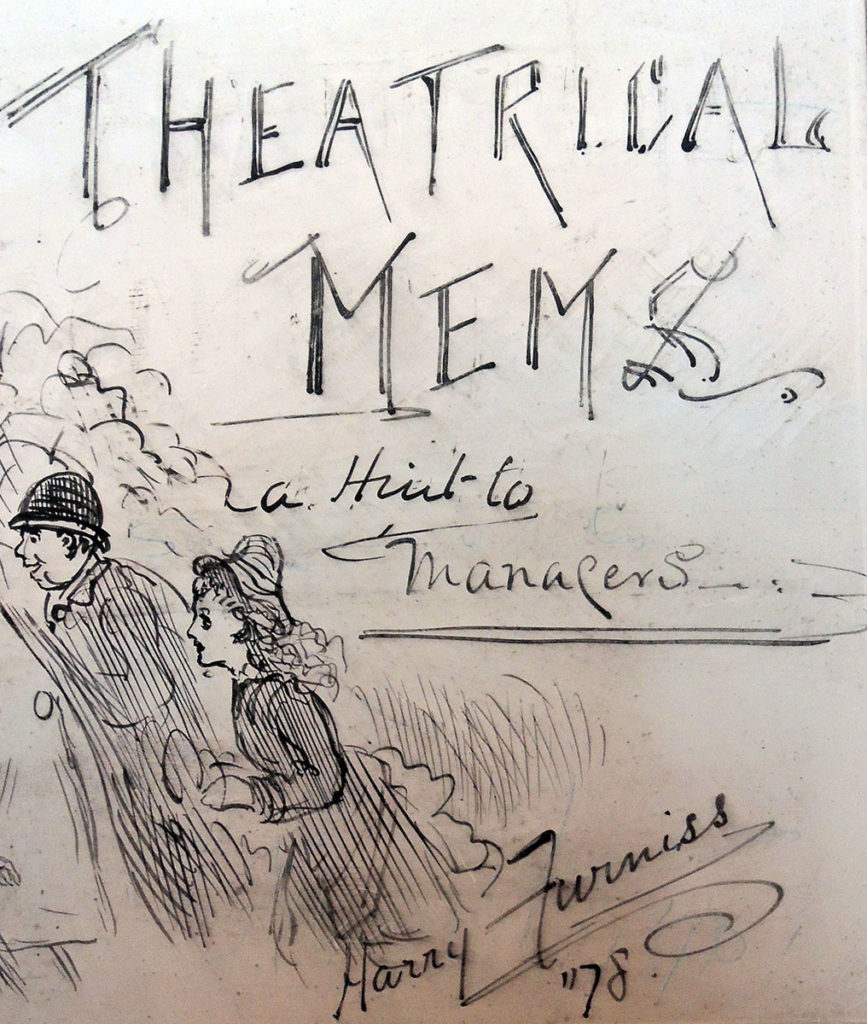 Harry Furniss (1854-1925) was an artist, whose first job as an illustrator was for the Illustrated Sporting and Dramatic News, and later for The Illustrated London News and The Graphic. His most famous humorous drawings were published in Punch, for which he started working in 1880.