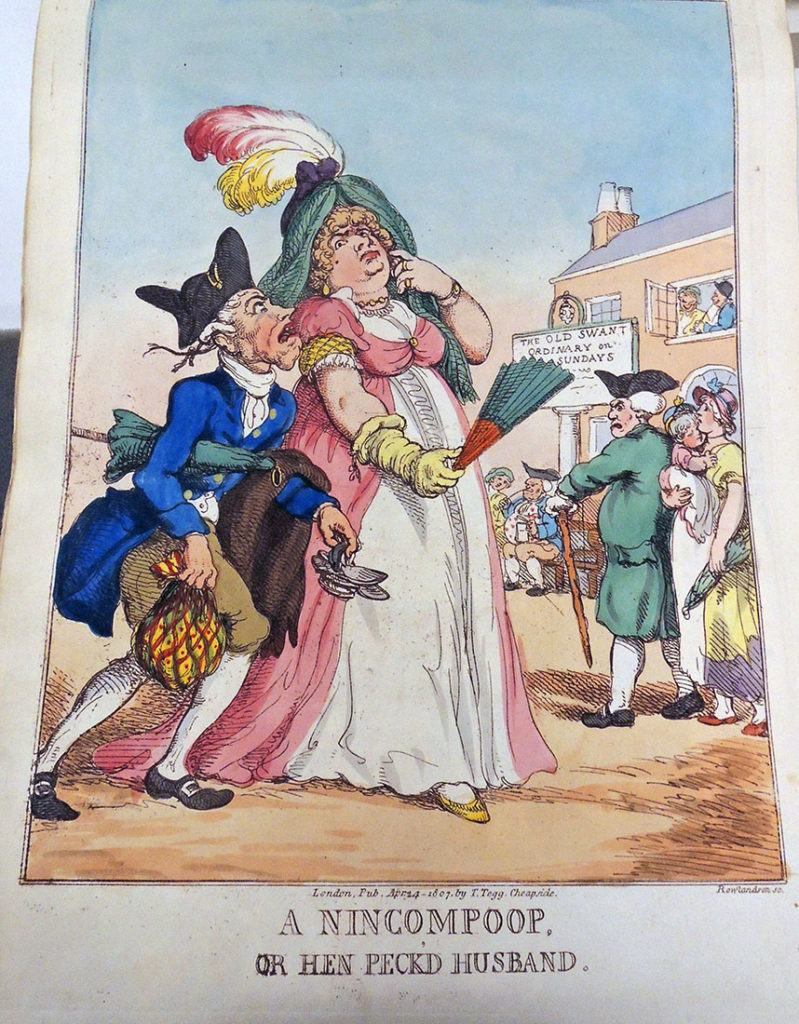 With frequent bursts of laughter, the class looked primarily at the collection of Dickson Q. Brown, Class of 1895, who donated several thousand prints, drawings, and illustrated books to the Princeton University Library. 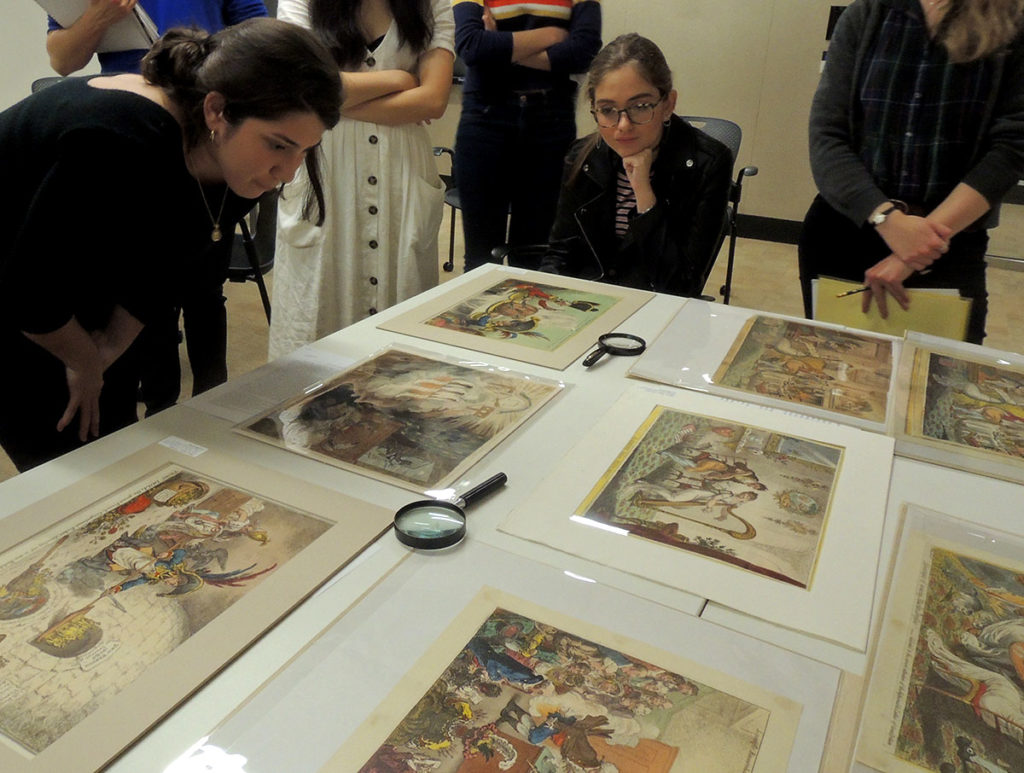 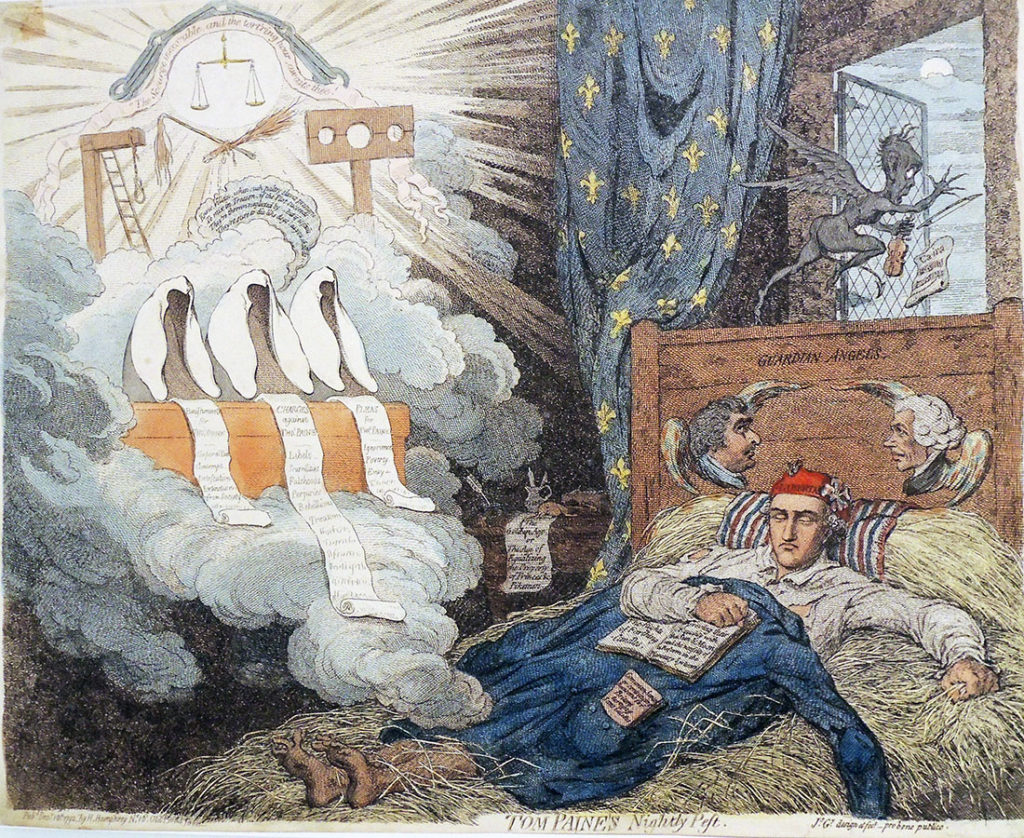 “Caricature, based on the distortion of the human face for comic effect, challenged the ideally beautiful,” reads the class description, “and the academic art training that developed in Western Europe after the Renaissance. This course will examine the explosion of caricatural prints and comic illustrated books in France, Great Britain, and the United States from the revolutions of 1776 and 1789 to World War I. Topics will include the political role of satire in the newly defined public sphere; the influence of physiognomy and racial theories on caricatural depictions; the invention of the comic strip; and the origins of Dada and Cubism in comic illustration.”

The invention of laughing gas is celebrated below: 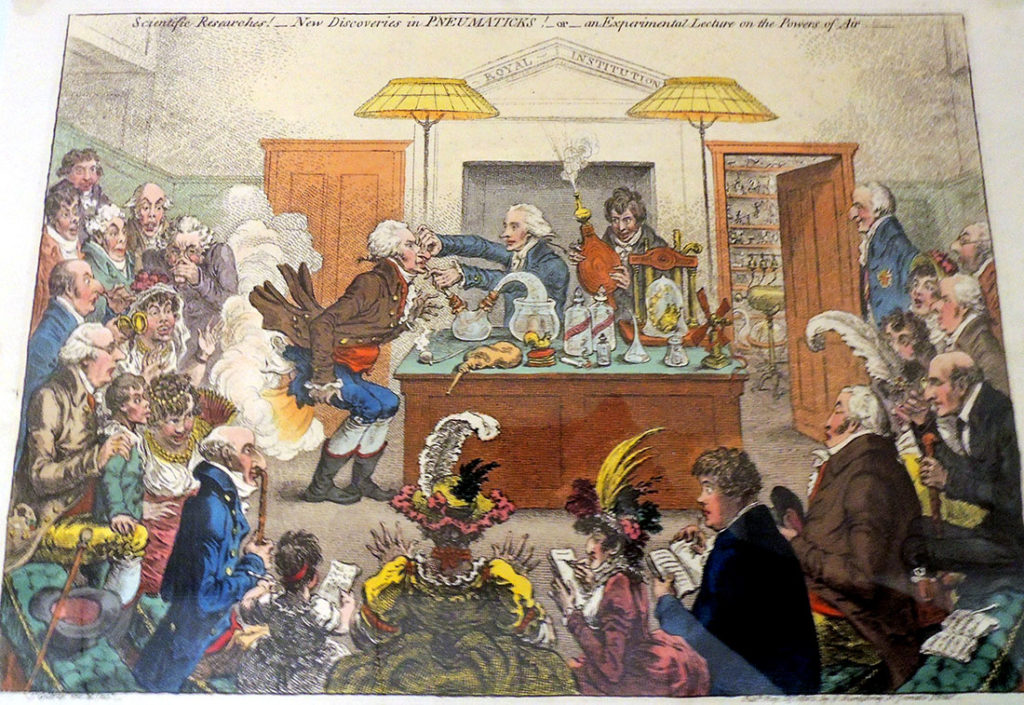 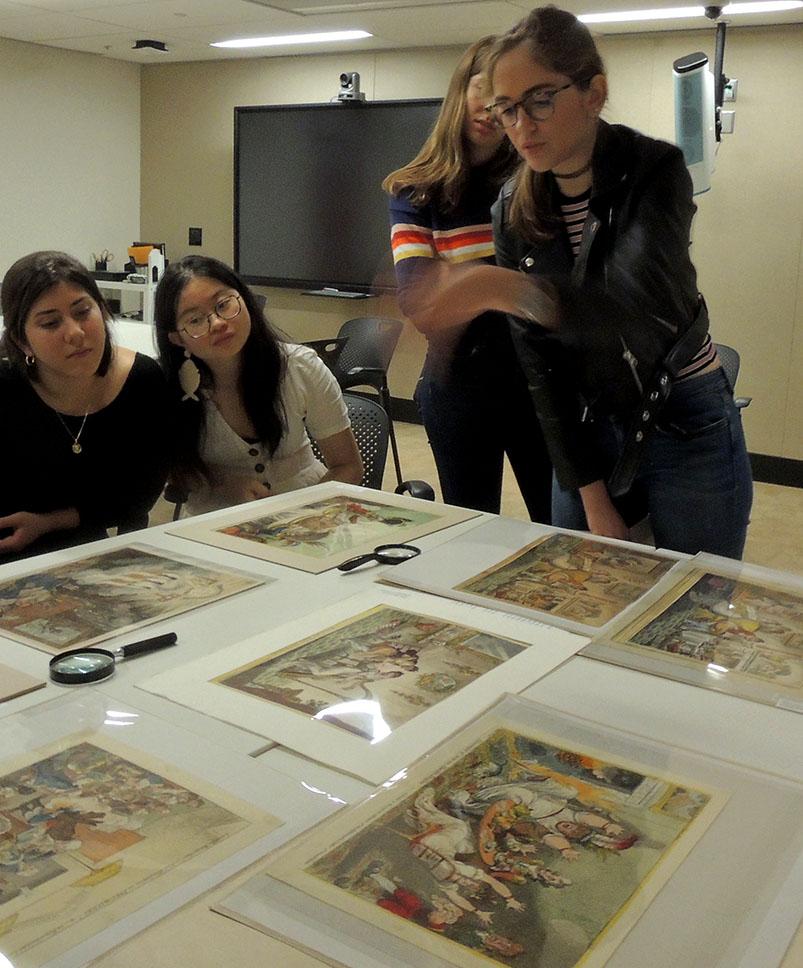 Reports were prepared on Gillray’s Tom Paine’s Nightly Pest (1792); King of Brobdingnag and Gulliver (1803); Matrimonial Harmonics (1805); and Advantages of Wearing Muslin Dresses! (1818). In addition, they studied Rowlandson’s Drawing from Life at the Royal Academy, Somerset House (1808); A Nincompoop or Henpecked Husband (1807); The Anatomist (1811); and Breaking up the Bluestocking Club (1815), among many others.

Next week they move on to Paris and Charles Philipon’s La Caricature with Daumier, Grandville, and other French caricaturists.