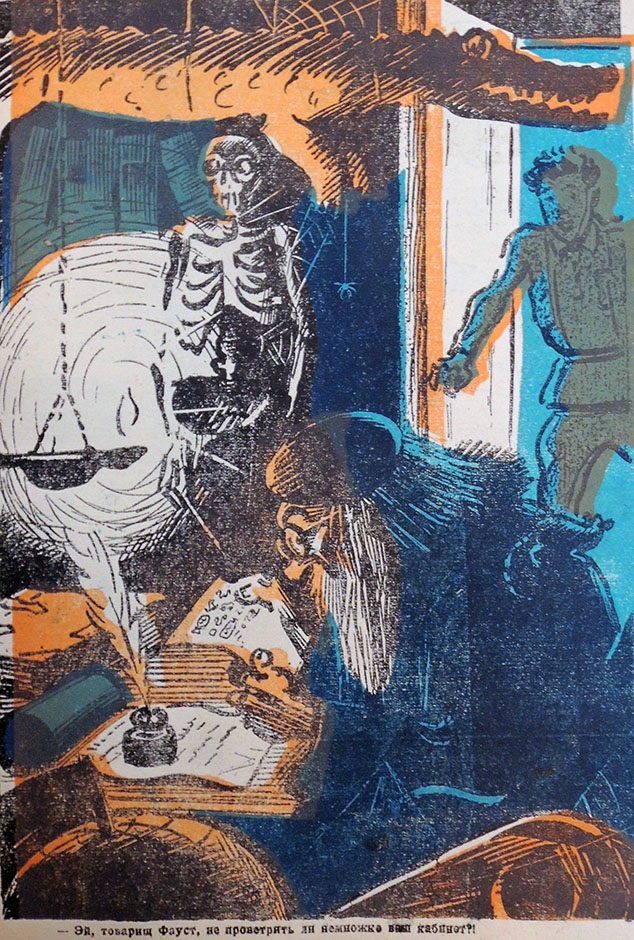 The caption reads “Hey, comrade Faust, how about airing out your study a bit?”

Thanks to the work of Thomas Keenan, Slavic East European and Eurasian Studies Librarian, the Graphic Arts collection recently acquired a complete year of the short-lived satirical magazine Revizor = 42 issues for 1929.

Because this is such a rare and exceptional serial, I will quote from the dealer’s description:

For a brief period, Revizor was the lone surviving title among the generalist Soviet satirical magazines that had flourished during the 1920s. Its closure left only the peasant-oriented Lapot’ (shuttered in 1933), the anti-religious Bezbozhnik (discontinued in 1941), and the staple Krokodil, which essentially acquired a state-sanctioned monopoly on the satirical genre. In April 1927, a Central Committee decree “On Satirical and Humorous Magazines” opened an intense campaign against such publications. 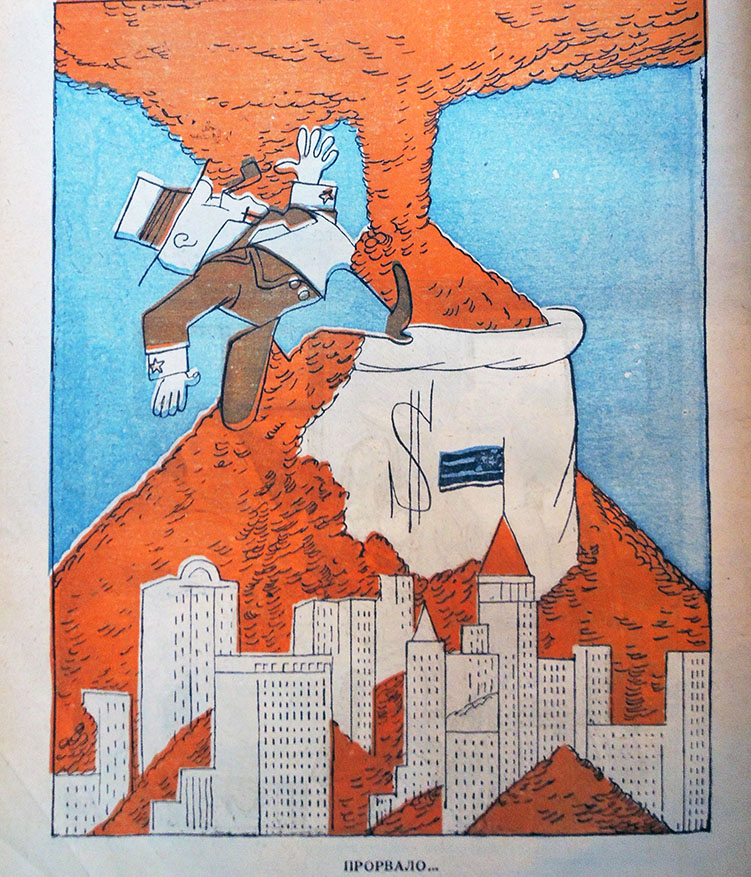 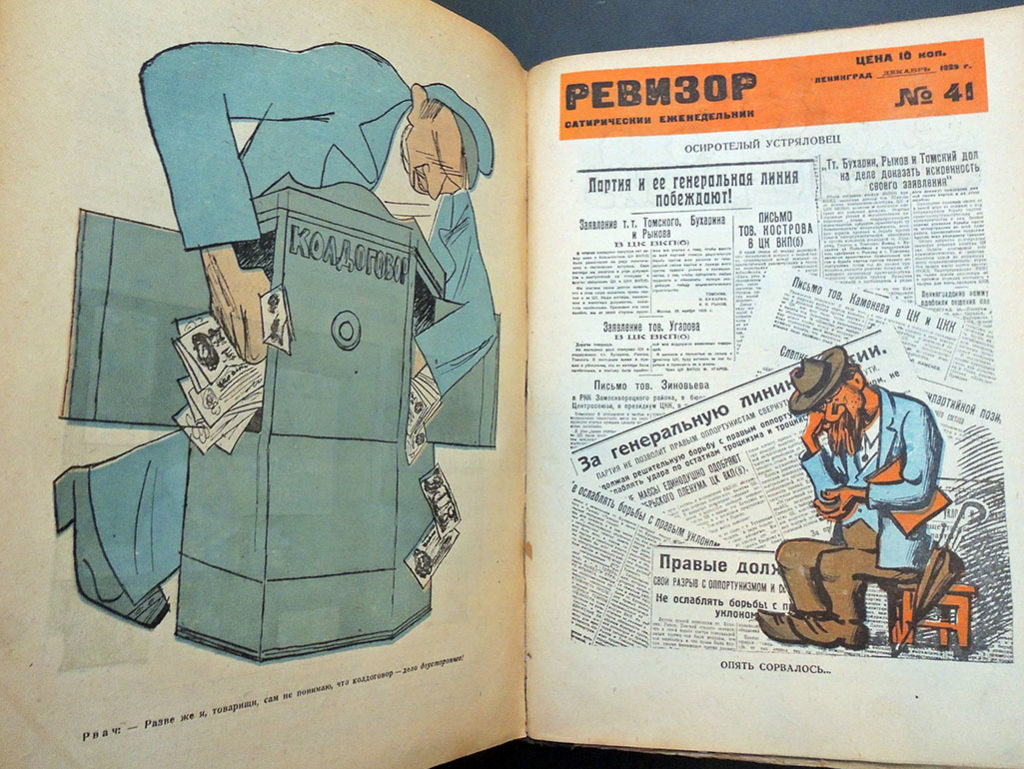 A rapid string of directives held these journals to account, both collectively and individually, for “alienating mass audiences” and “caving to petty bourgeoisie tastes.” The Party demanded an immediate course correction, compelling publications to replace staff and rebrand. Buzoter, for example, transformed into Bich before it was shut down by decree in August 1928. Similarly, Smekhach morphed into Chudak, ran afoul of authorities, and was forcibly merged with Krokodil in February 1930.

Revizor represented the final, desperate iteration of the satirical supplements that had been published for nearly a decade by the newspaper Krasnaia gazeta. These supplements first appeared as Krasnaia kolokol’nia (August 1918-September 1918), and, after a hiatus, reemerged under the titles Krasnyi voron (August 1922-September 1924) and Begemot (October 1924-August 1928). On Party orders, Begemot folded into one of its offshoots, Pushka (April 1926-February 1929), which quickly floundered. 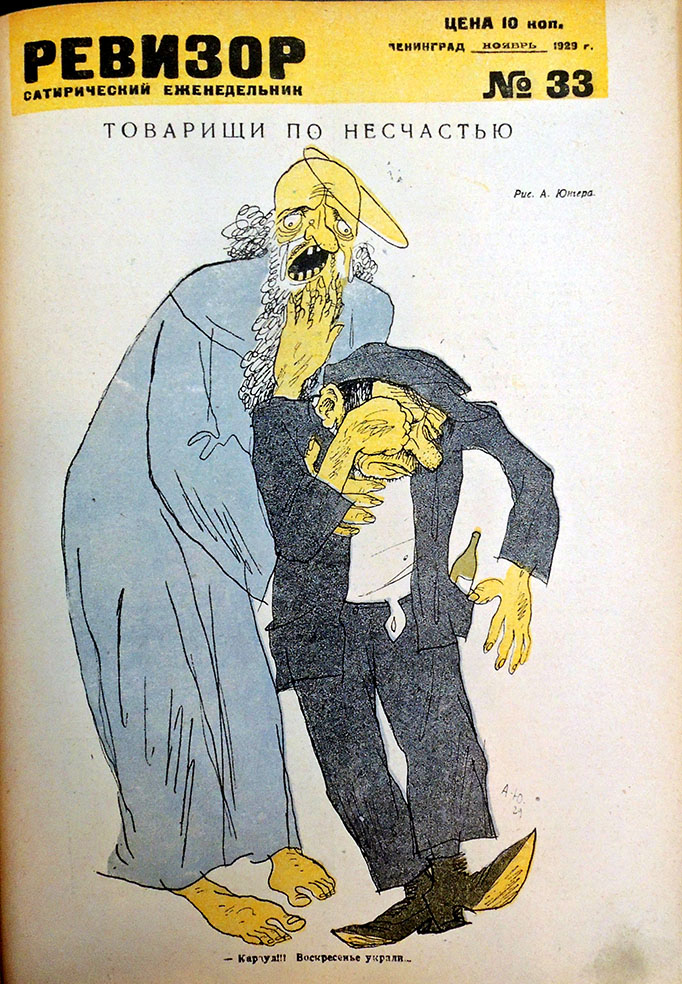 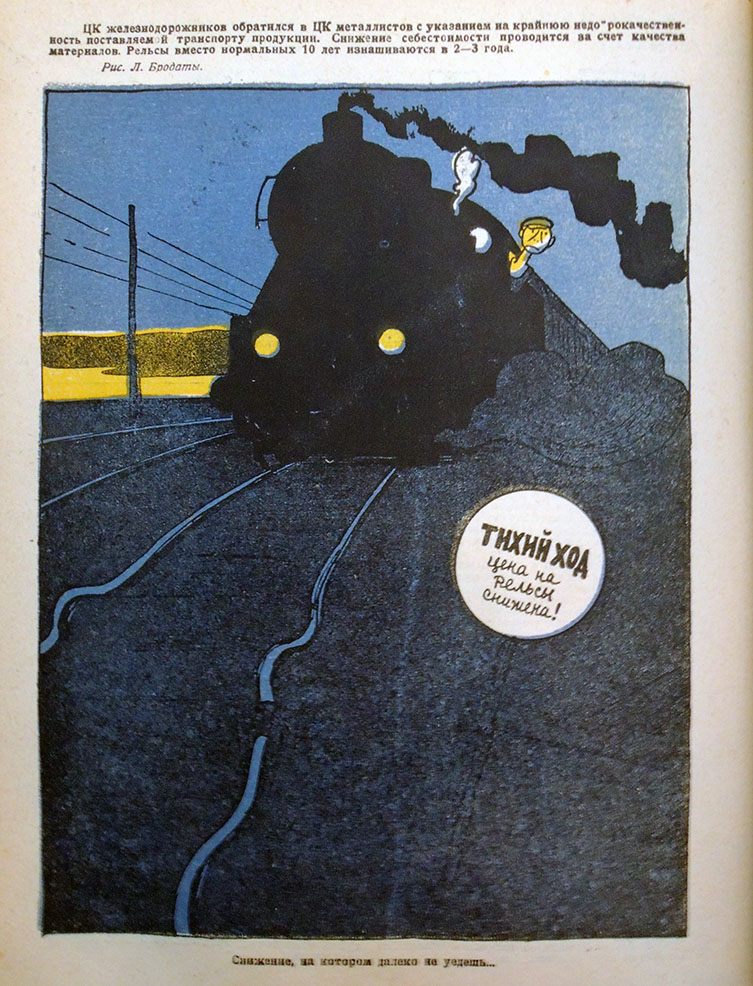 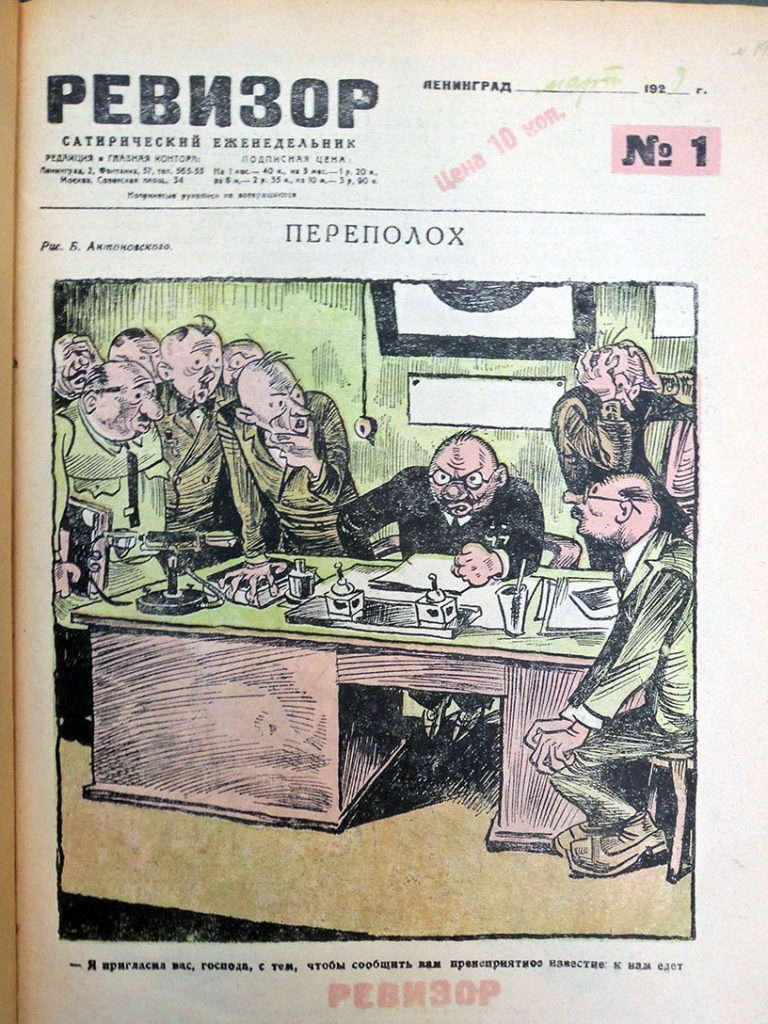 During its existence, Revizor maintained a print run of 55,000 to 90,000 copies, slightly smaller than its closest peers and approximately one-third the distribution of Krokodil. The magazine’s artistic contributors included Nikolai Radlov, Lev Bodraty, Bronislav Malakhovsky, Nina Noskovich (neé Lekarenko), Konstantin Rudakov, and Aleksandr Yunger. Among the writing staff, the most notable names were Konstantin Fedin and Mikhail Zoshchenko. Several of Zoshchenko’s short stories were first published in Revizor, including “Zemletriasenie” (No. 28, 1929) and “Burliatskaia natura” (No. 38, 1929), which formed the basis for his play Uvazhaemyi tovarishch. 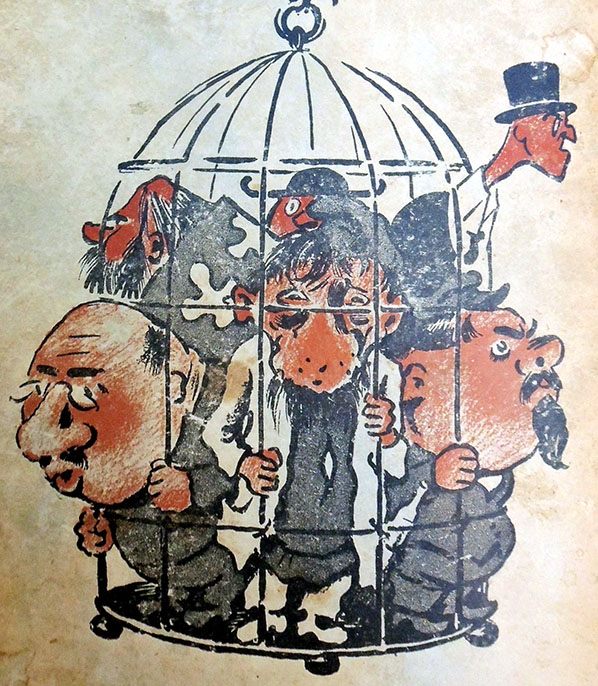 1 thought on “Hey, comrade Faust, how about airing out your study a bit?”