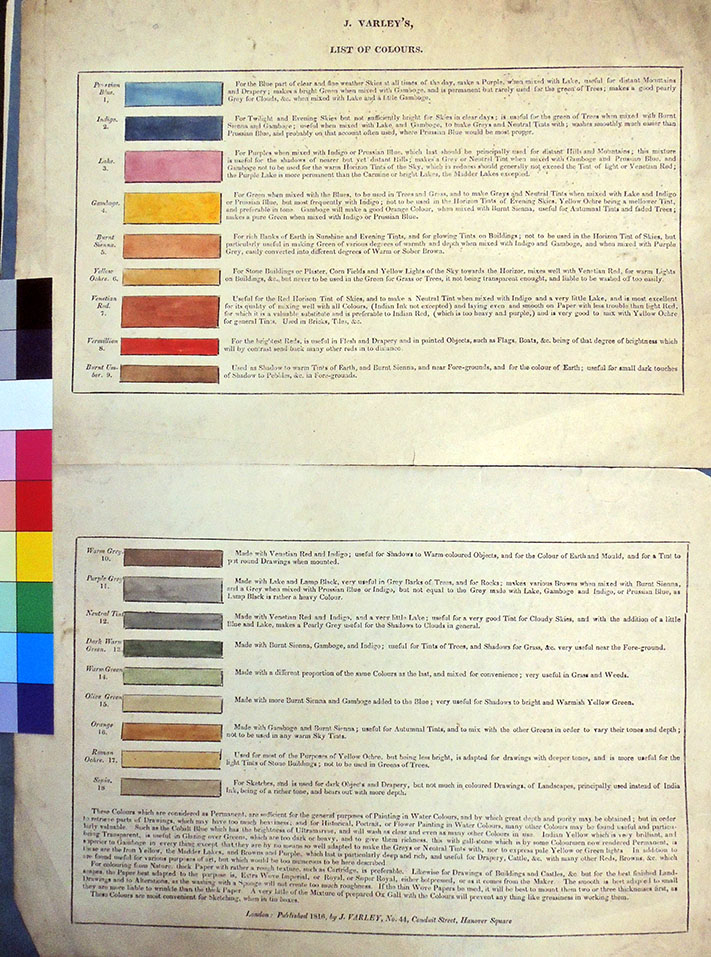 Watercolorist John Varley (1778-1842) helped to establish the first Watercolour Society in London, and later the Society of Painters in Oil and Watercolours, serving as one of the leading instructors in the medium. In his cottage at Twickenham, Varley’s students learned to draw and paint from nature, among them William Mulready, John Linnell, and Samuel Palmer. 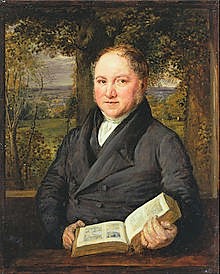 This sheet, recently placed on deposit in the Graphic Arts Collection, is assumed to have been created for his students rather than the general public. Eighteen colors are illustrated with hand-painted samples and explanations of their qualities along with recommendations for use. The upper nine painted in pure pigment colors are Prussian blue, indigo, lake, gamboge, burnt sienna, yellow ochre, Venetian red, vermilion and burnt umber. The lower nine painted in mixed tints are warm grey, purple grey, neutral tint, dark warm grey, warm green, olive green, orange, roman ochre and sepia.

The copy of Varley’s list held by the British Museum illustrates nineteen colors, beginning with cobalt blue, not found on the sheet in the Graphic Arts Collection at Princeton. 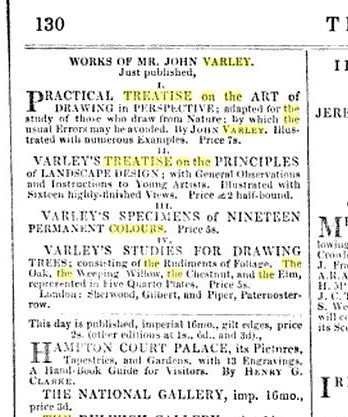 In conjunction with his classes, Varley published a number of instruction manuals including: 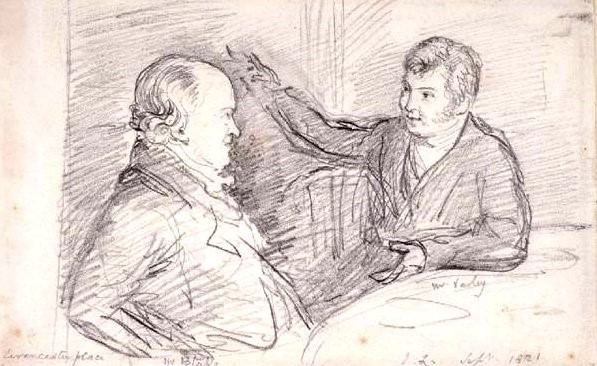 The works that brought Blake most notoriety in his lifetime, and were most responsible for accusations that he was mad, were the ‘Visionary Heads’ he did for the delectation of the landscape watercolourist John Varley, whom he had met in 1818 through one of Varley’s pupils, John Linnell, the great patron of Blake’s later years. These Heads … portray biblical and historic individuals such as David, Socrates and Richard Coeur de Lion, semi-historical characters such as Wat Tyler’s Daughter and imaginary beings such as The Man who built the Pyramids. They were executed from 1819 onwards, mainly in the evenings at Varley’s house. –selection from “Blake, Linnell and Varley and A Treatise on Zodiacal Physiognomy” by Martin Butlin. 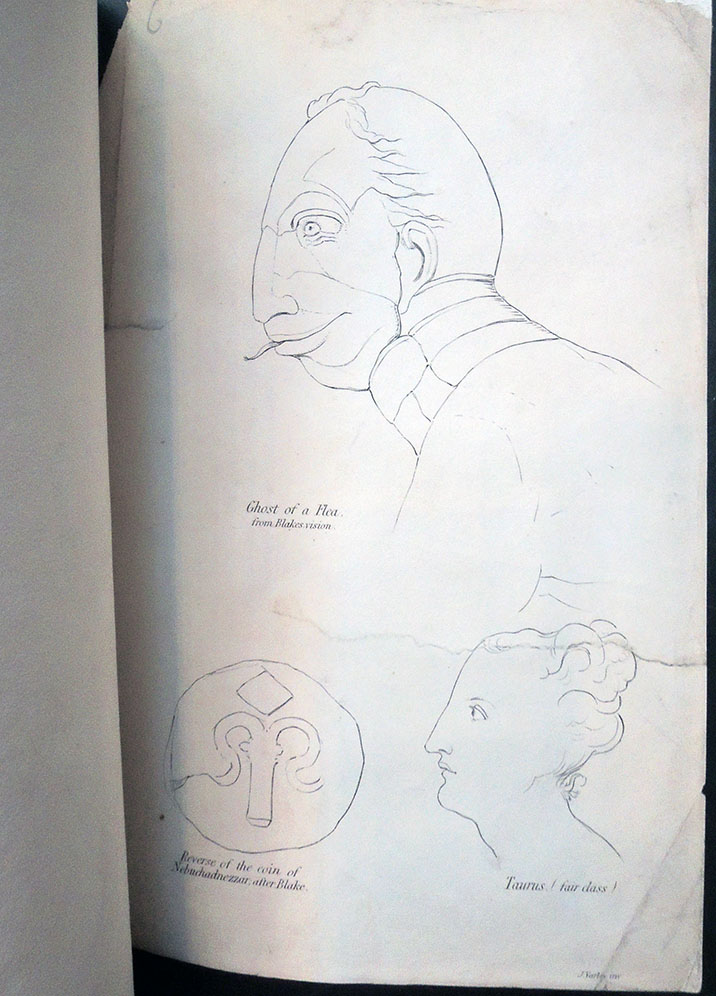 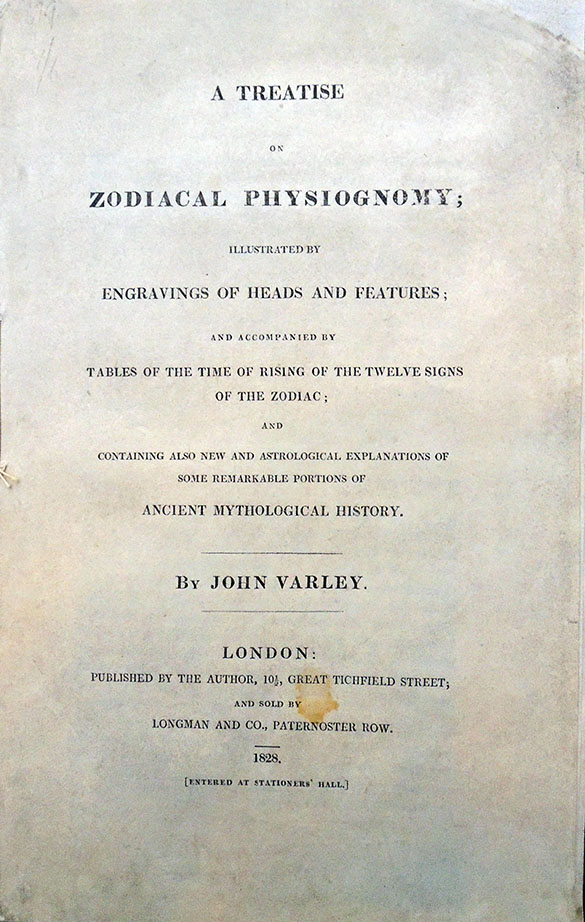 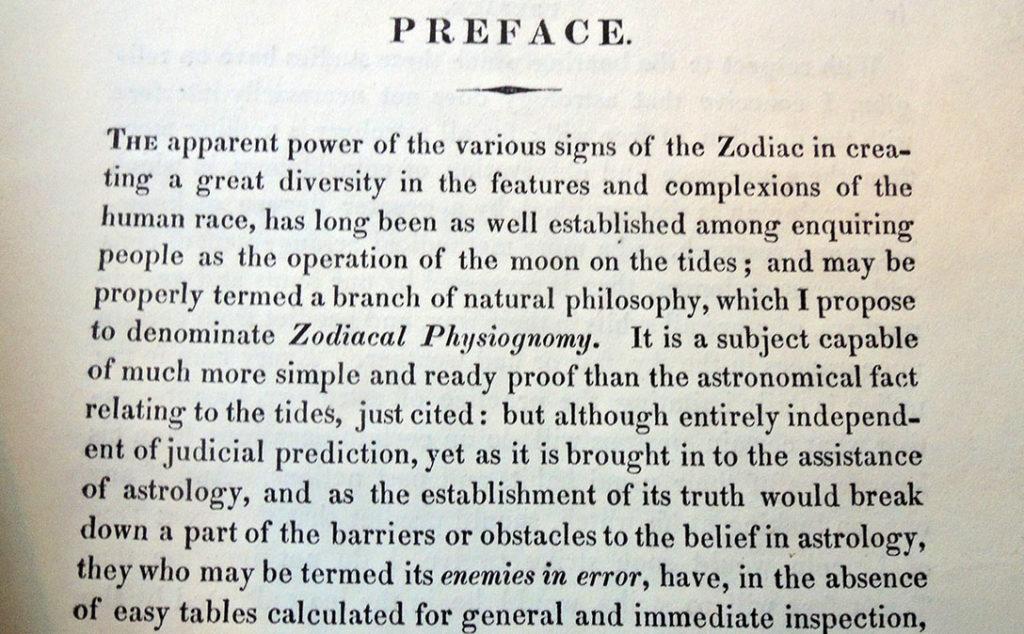 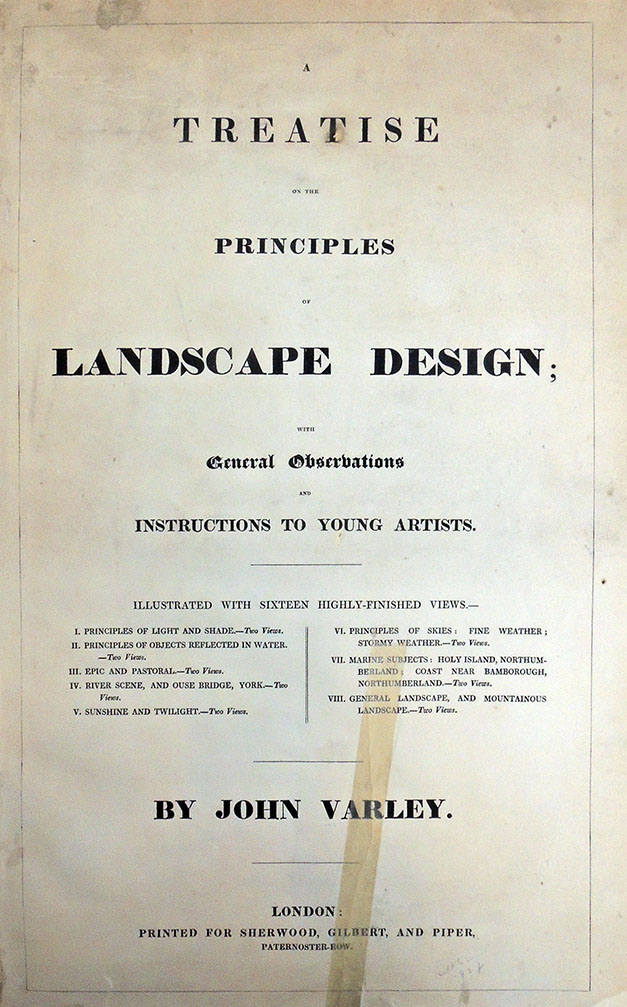 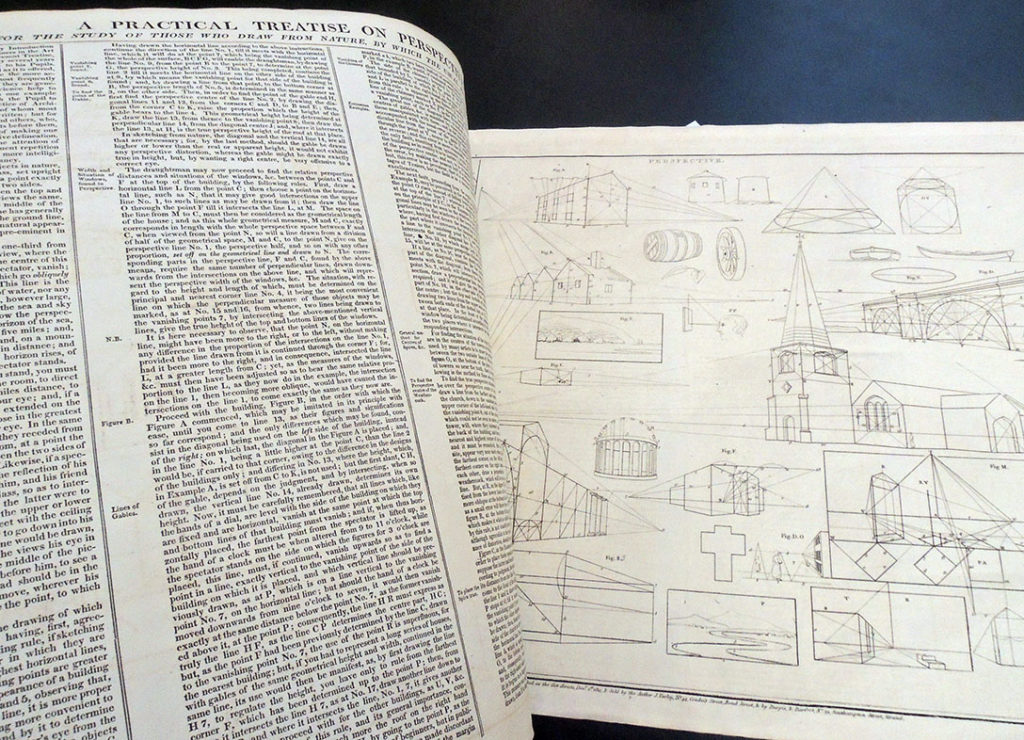 John Varley (1778-1842), A Treatise on Zodiacal Physiognomy : illustrated by engravings of heads and features, and accompanied by tables of the time of rising of the twelve signs of the Zodiac : and containing also new and… (London: Published by the author … ; and sold by Longman and Co. … , 1828). Rare Books 2005-2238N