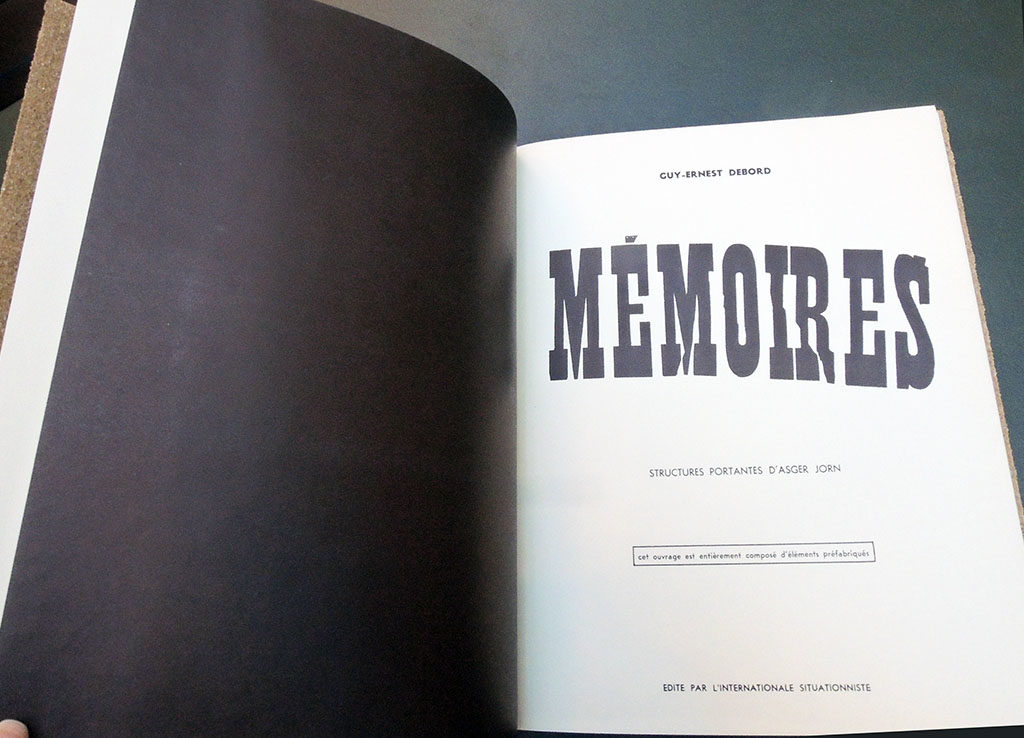 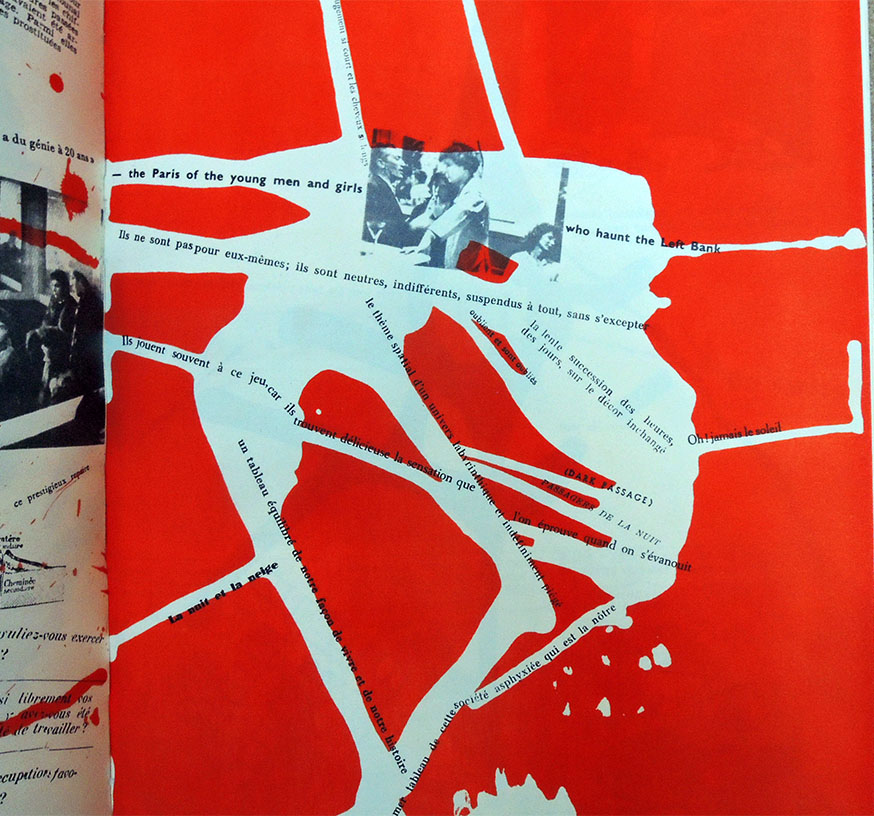 Printed in 1959, Mémoires (Memories) is the result of the second collaboration between the Danish artist Asger Jorn (1914-1973) and the French artist and theorist Guy Debord (1931-1994). Published by Éditions Situationist International (founded by Debord and Jorn), the book has been reprinted several times given its importance to the movement, first by Jean-Jacques Pauvert aux Belles Lettres in 1993 and then by Éditions Allia in 2004. 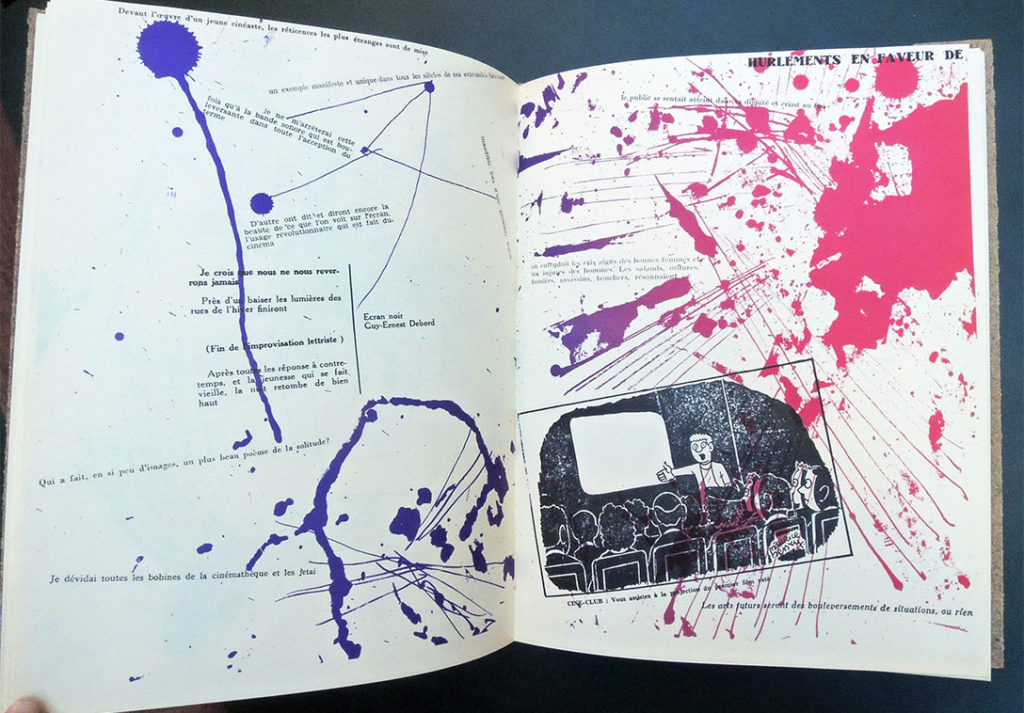 Mémoires is perhaps most famous for its cover made of heavy-grade sandpaper. Usually credited to Debord, the sleeve was actually conceived in a conversation between Jorn and the printer, V.O. Permild:

[Jorn] asked me, if I couldn’t find an unconventional material for the book cover. Preferably some sticky asphalt or perhaps glass wool. Kiddingly, he wanted, that by looking at people, you should be able to tell whether or not they had had the book in their hands. He acquiesced by my final suggestion: sandpaper (flint) nr. 2: ‘Fine. Can you imagine the result when the book lies on a blank polished mahogany table, or when it’s inserted or taken out of the bookshelf. It planes shavings off the neighbour’s desert goat. – “Memories on Asger Jorn” by Troels Andersen, quoted online in Christian Nolle, Books of Warfare, The Collaboration between Guy Debord & Asger Jorn from 1957-1959, http://virose.pt/vector/b_13/nolle.html 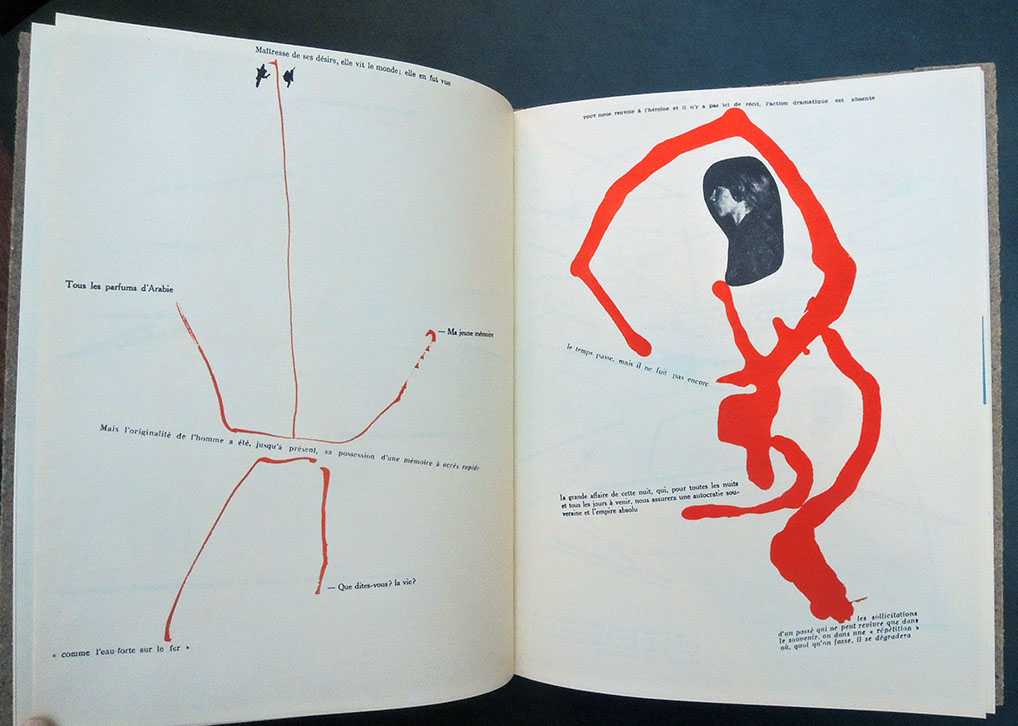 Although few people own copies of these rare publications, both the first collaboration Fin de Copenhague and Mémoires are embedded in art historical literature of the period, such as a review in Architectural Review, October 1957, calling Fin de Copenhague a “remarkable piece of improvisation among the techniques of graphic reproduction.” The startling layouts in both volumes “anticipate, by 30 or more years, the typographic and textual fragmentation of Cranbrook, CalArts and Ray Gun magazine, which became a global design phenomenon.”

One of many descriptions of the making of these books, both publishing and performance, recounts:

Having just arrived in Copenhagen, Jorn and Debord rushed into a newsagents, stole a huge amount of magazines and newspapers, and spent a drunken afternoon collaging elements together. The next day they arrived at the printers with 32 collages, which were transferred to lithographic plates. Jorn then sat at the top of a ladder over the zinc plates, dropping cup after cup of Indian ink onto them. The plates were then etched and printed over the black texts and images. 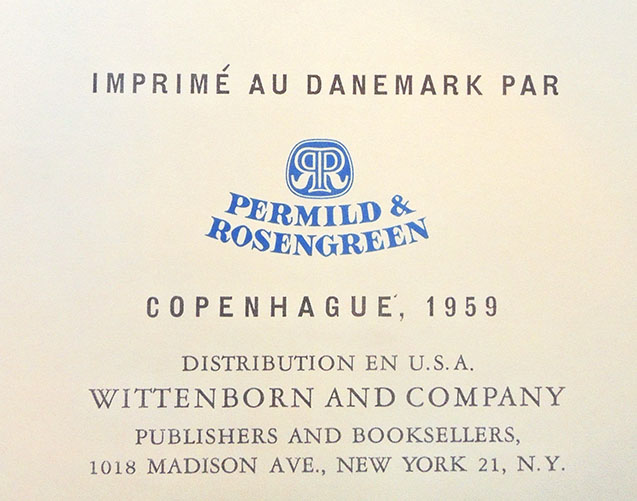 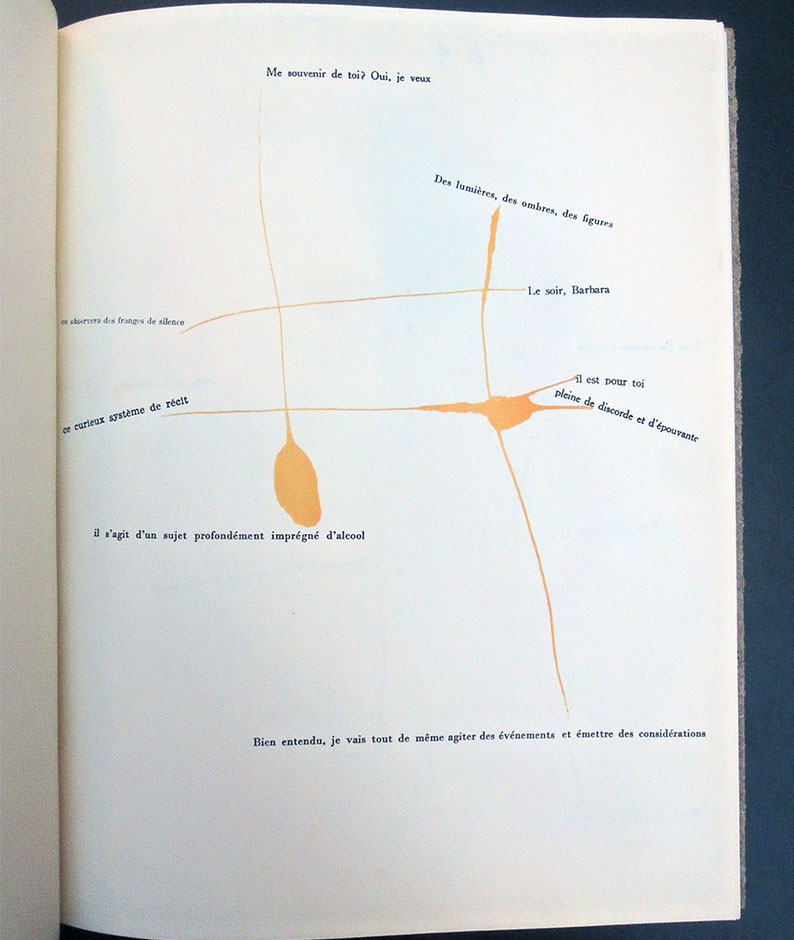