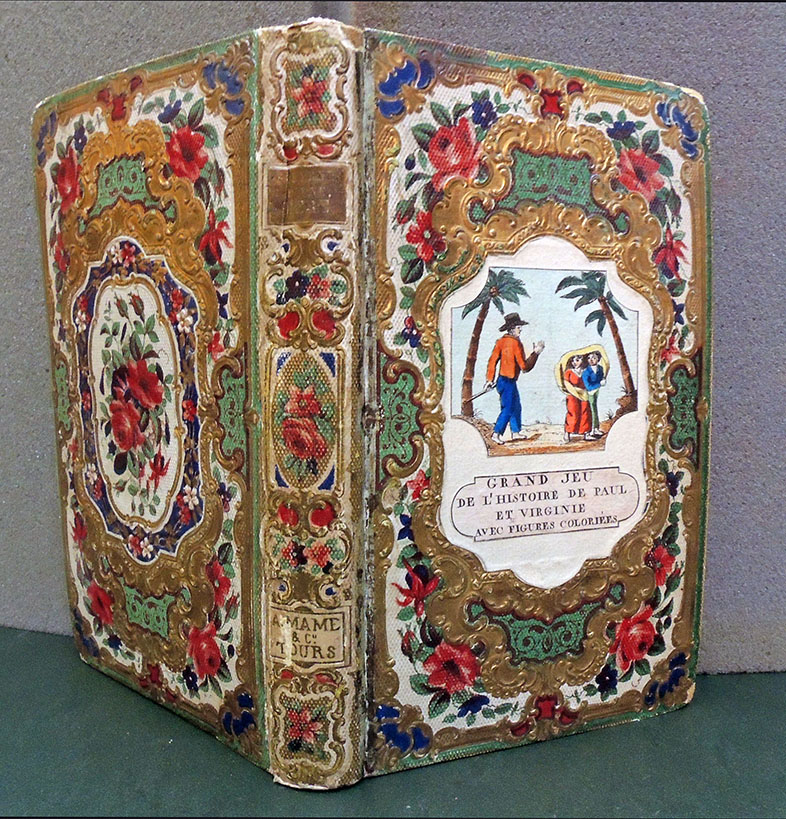 The Graphic Arts Collection recently acquired a scarce set of playing cards inspired by Bernardin de Saint-Pierre’s popular novel Paul et Virginie, first published in 1788. The cards are housed in a mid-nineteenth-century romantic paneled cloth binding, ornately decorated with gilt and colored detailing. The central panel on the front cover has been cut away to enclose a further colored vignette and title caption from the playing cards.

Rare book dealer and historian Amanda Hall determined that the previous occupant of the binding was “Madame Wolliez’ Souvenirs d’une mère de famille, a collection of educational stories that was first published in 1833 but which continued in print through to the end of the century. This seems most likely to have been a publisher’s binding issued by the booksellers Mame in Tours for their ‘fifth’ edition of 1863. Madame Wolliez’ work has been removed from its binding and is has been replaced by these beautiful playing cards, each separately mounted.” 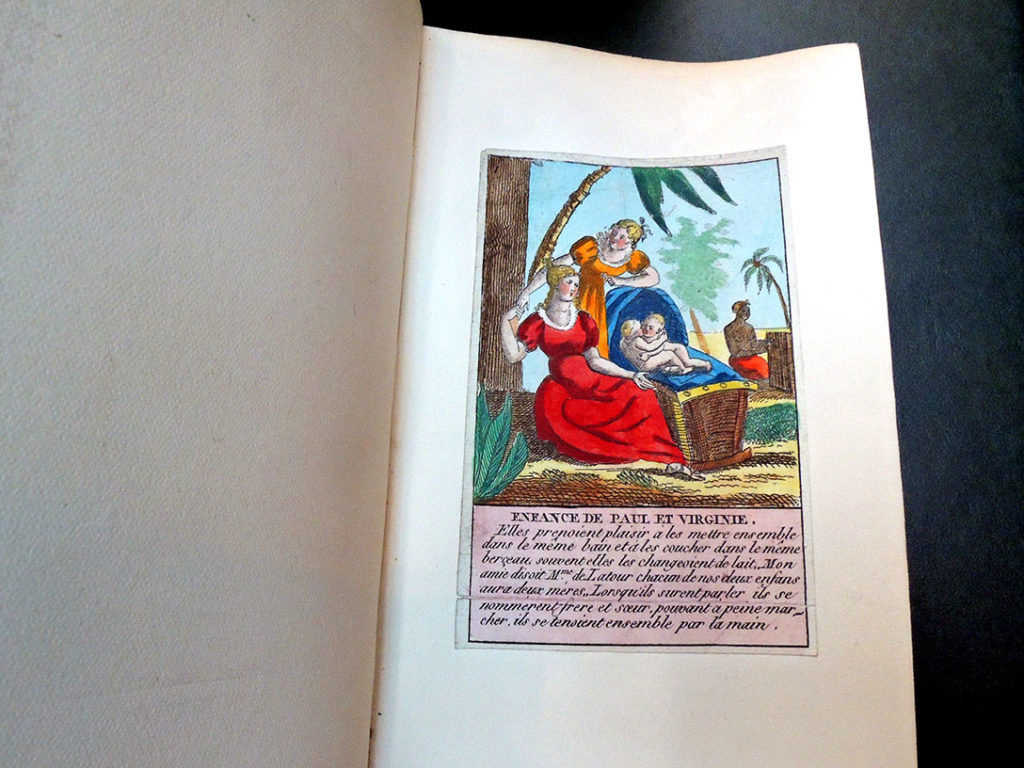 The date of this collection is hard to judge but might be sometime after 1863, given the binding. OCLC suggests a date of 1815 but the Morgan Library copy has a watermark of the Dambricourt paper mill suggesting that it was created around 1834. “Some of the unsigned etchings can be traced back to the first illustrated edition of 1789, containing plates after Moreau le Jeune and Joseph Vernet.”–Morgan, Corsair online catalog.

Both the Morgan Library and Yale University record copies of the twenty-five cards printed on a single sheet. There are also copies in the Musée Léon Dierx de Saint Denis de la Réunion and at the Rouen Musée national de l’éducation. 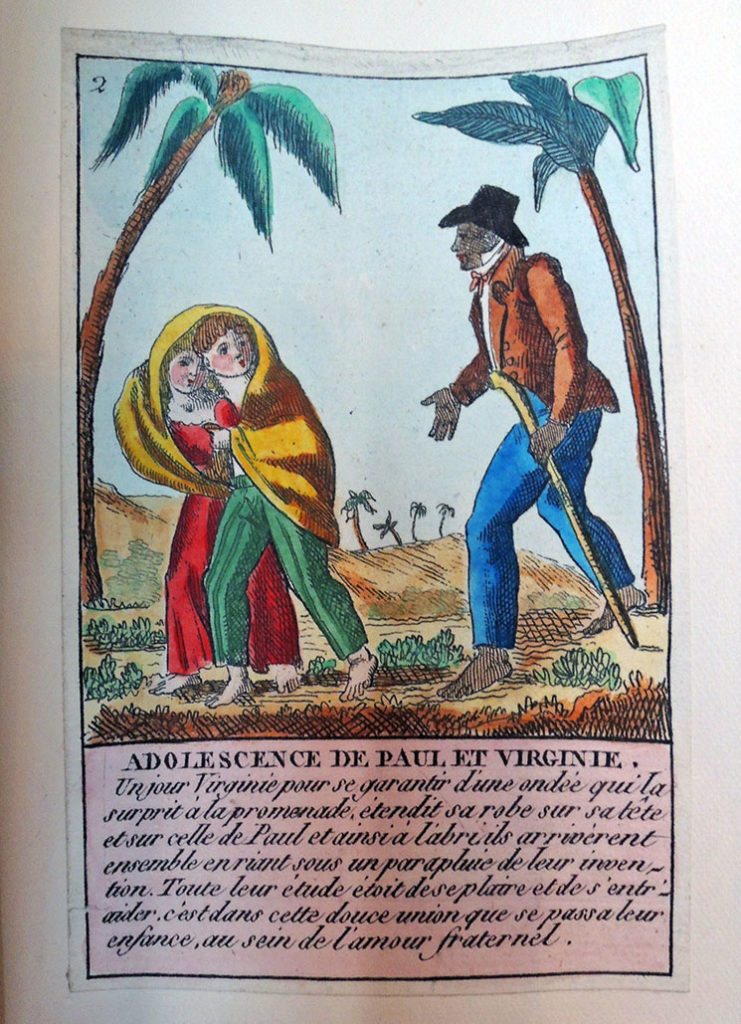 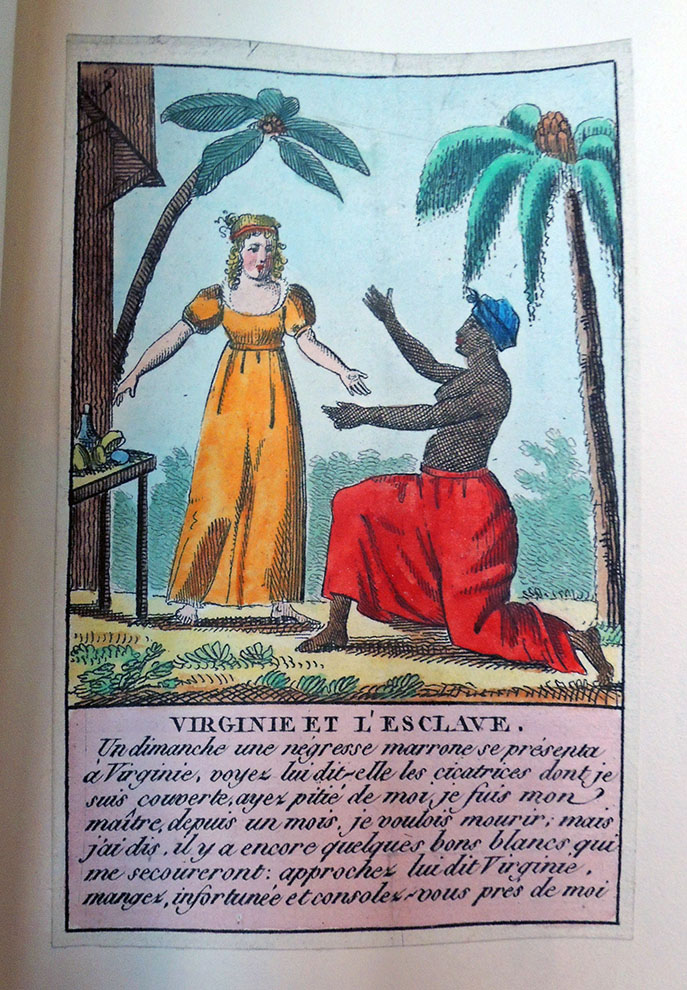 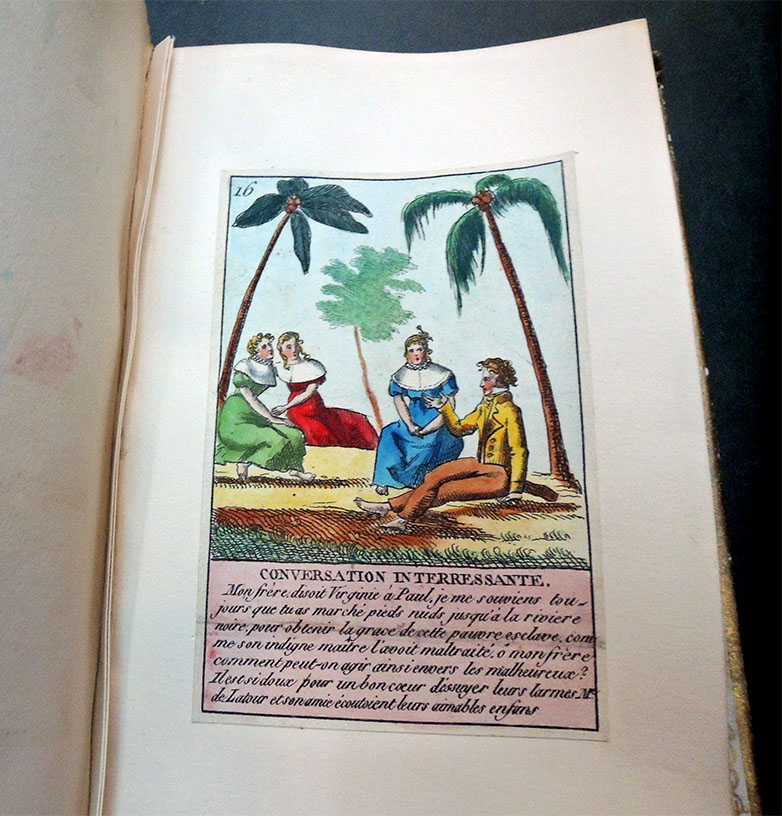 The novel tells the story of Paul and Virginia, who are raised as brother and sister by two widows. Both mothers agree to marry the two children when they are old enough. Virginia’s aunt proposes to send her niece to France. Virginia accepts, though she is heartbroken to leave Paul, whom she loves. Two years later, she sails back to Mauritius Island, but her ship is pushed against reefs by a tempest and Paul fails to save her. Shortly after, he dies from grief.

In The French Revolution: A History, Thomas Carlyle wrote: “[It is a novel in which] there rises melodiously, as it were, the wail of a moribund world: everywhere wholesome Nature in unequal conflict with diseased, perfidious art; cannot escape from it in the lowest hut, in the remotest island of the sea.” 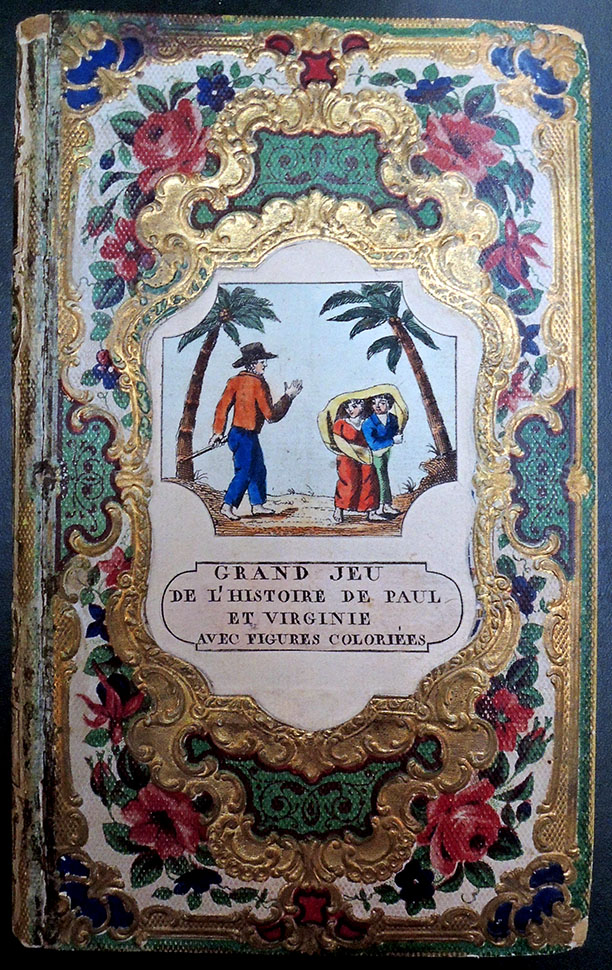