On May 1, 1933, in the depths of the Great Depression, The Catholic Worker newspaper made its debut with a first issue of twenty-five hundred copies. Dorothy Day and a few others hawked the paper in Union Square for a penny a copy to passersby.–https://www.catholicworker.org/

Still costing one penny, The Catholic Worker remains one of the best sources for black and white graphic art. Here are a few cuts from a recent issue. Browse or search for additional examples of CW art here: https://www.catholicworker.org/dorothyday/browse/index.html 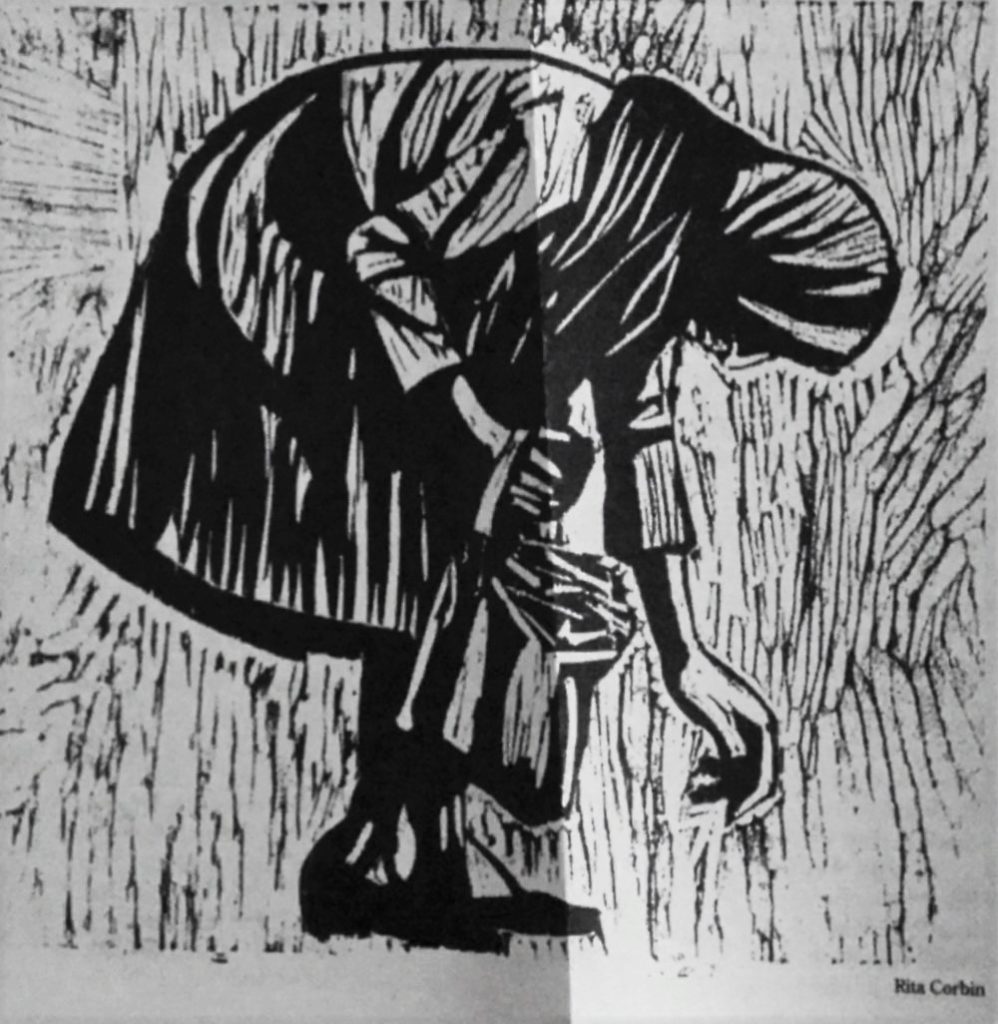 After realizing she had no interest in advertising, she then studied under printmaker Harold Sternberg at the Art Students league, followed by an apprenticeship with German-born abstract expressionist Hans Hoffman, though her studies with him came to end when she married. But her best art education, she said, came from spending afternoons visiting the art museums and galleries, and walking the streets and riding the subways drawing the ordinary people she saw. 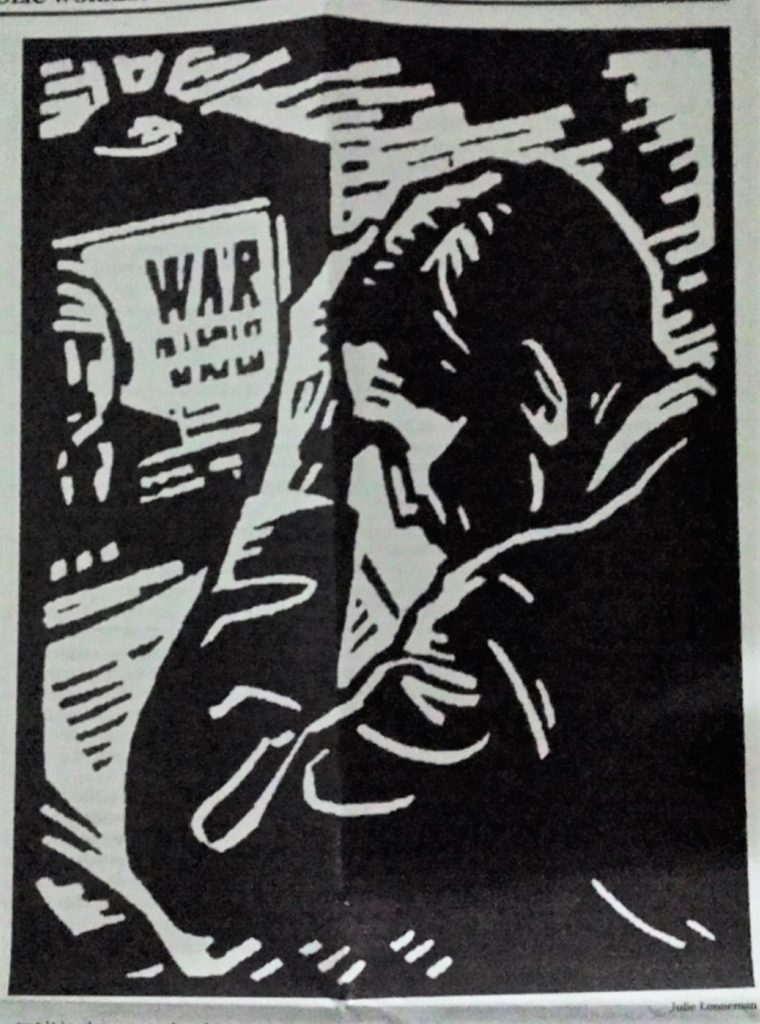 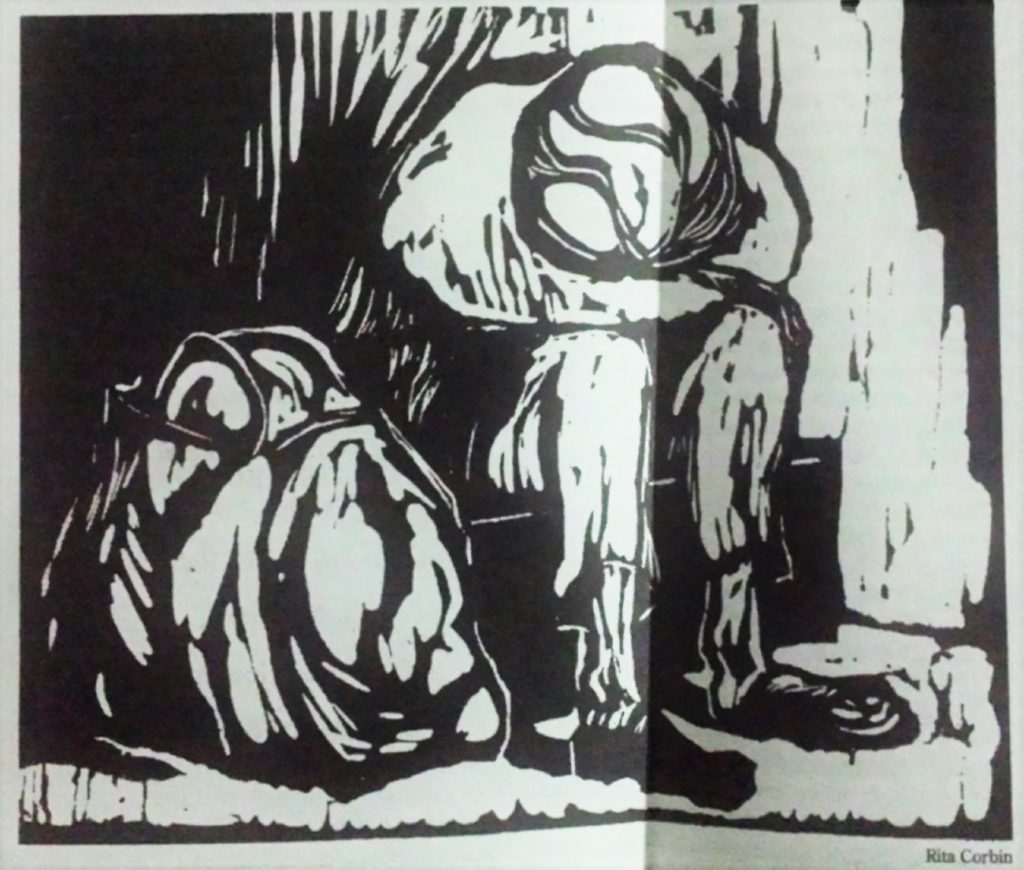 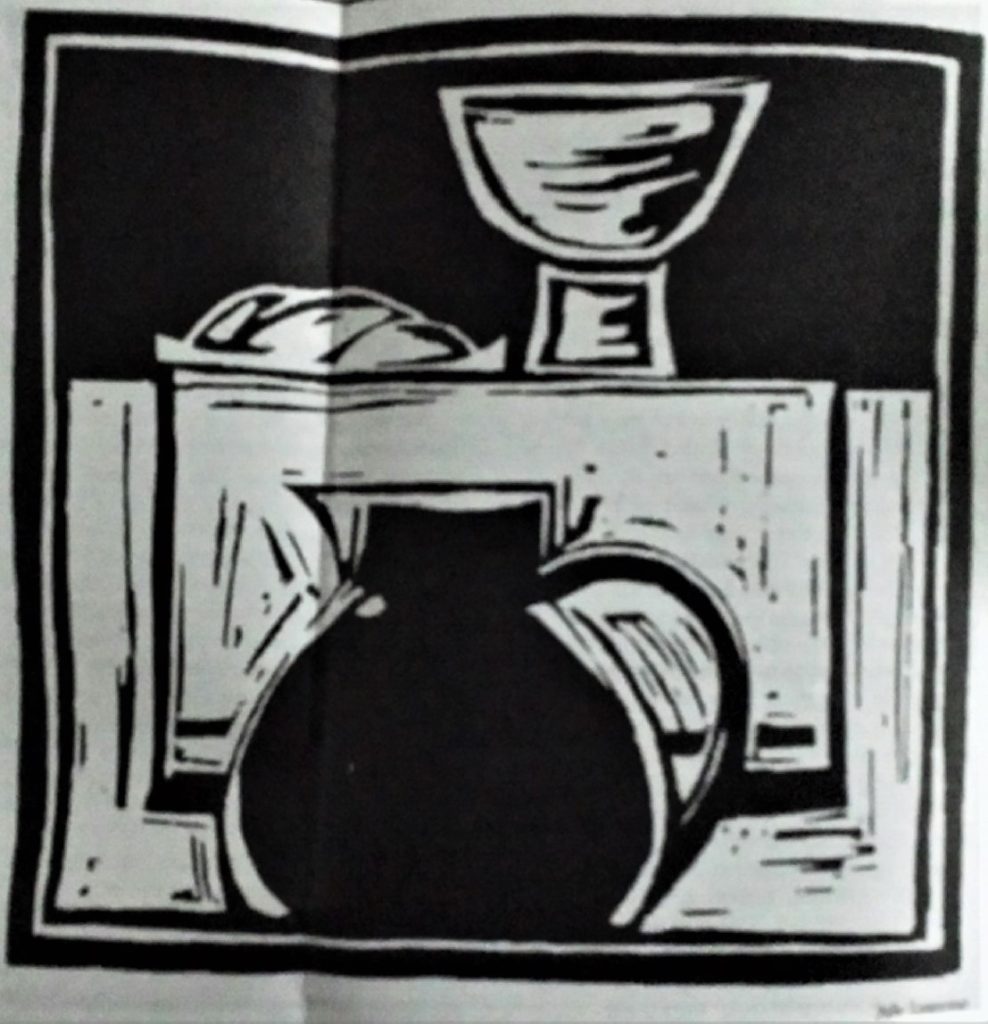 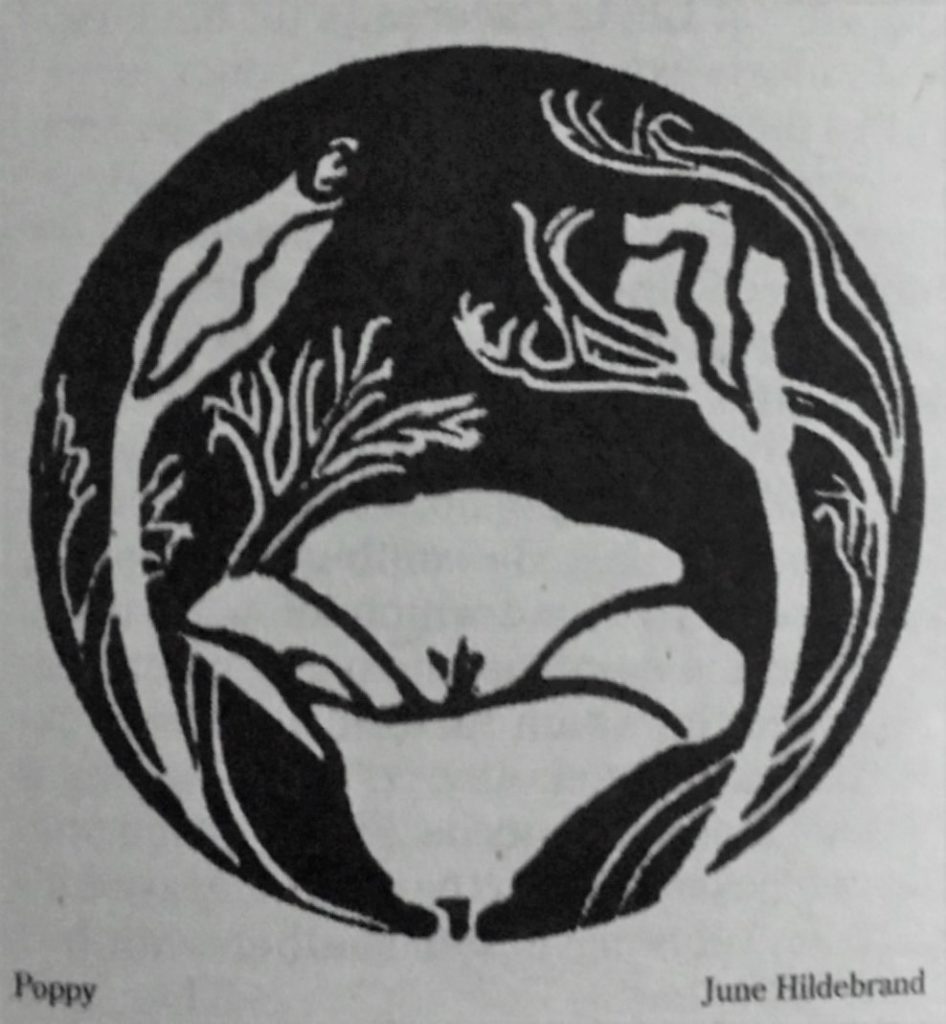 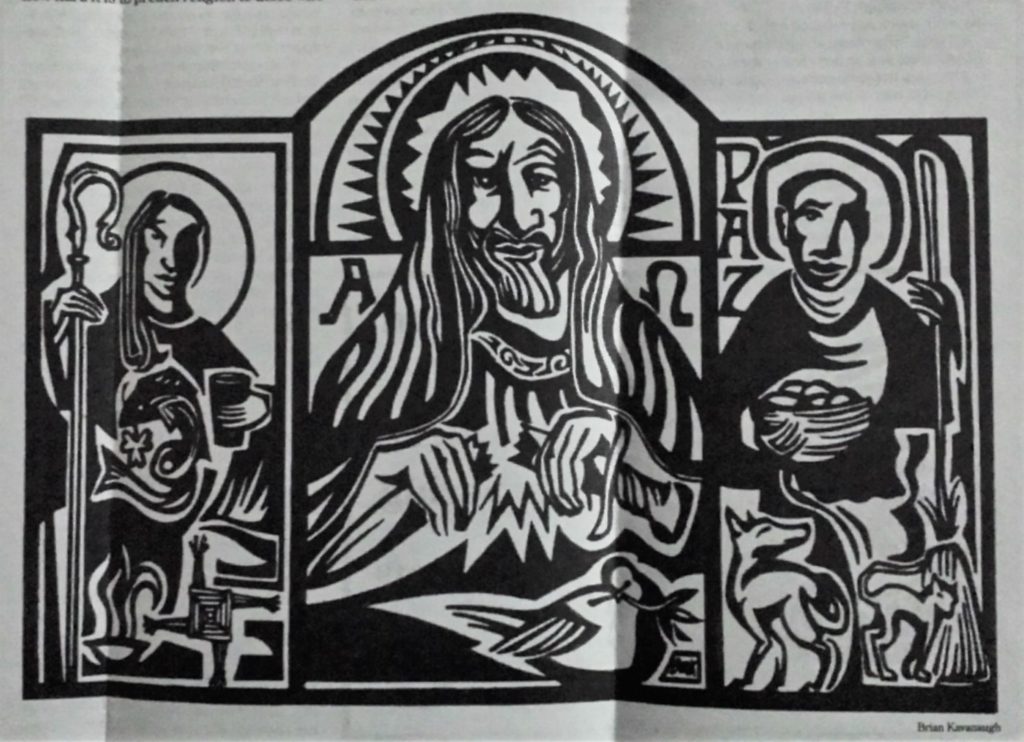