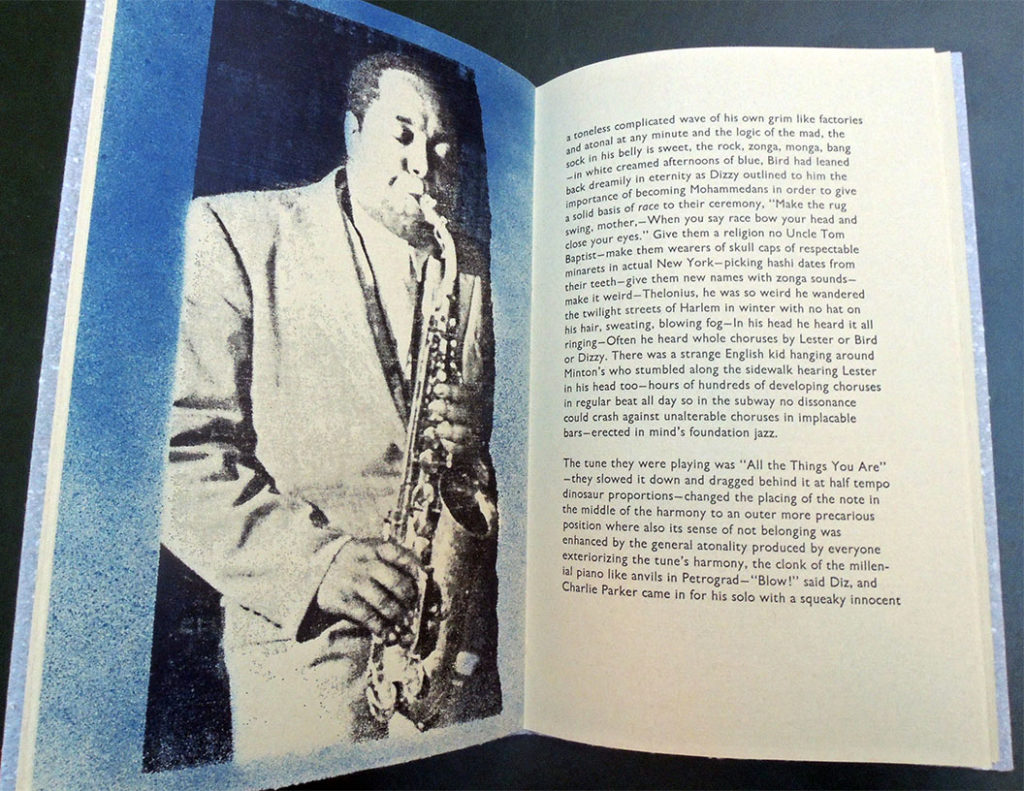 In conjunction with the 4th annual International Kerouac Festival in New York City, we pulled Kerouac’s biography of Bop. Originally published in Escapade magazine in April 1959 as “The Beginning of Bop,” Kerouac’s text was also included on the Verve record album Readings by Jack Kerouac on the Beat Generation (1960). Over 30 years went by before Mark McMurray printed a limited edition at his Caliban Press. http://www.northcountryartists.com/mark-mcmurray/

“Bop began with Jazz,” writes Kerouac, “but one afternoon somewhere on a sidewalk maybe 1939, 1940, Dizzy Gillespie or Charlie Parker or [Thelonious] Monk was walking down past a men’s clothing store on 42nd Street, or South Main in L.A. and from the loudspeaker they suddenly heard a wild impossible mistake in jazz that could only have been heard inside their own imaginary head. and that is a new art. Bop. 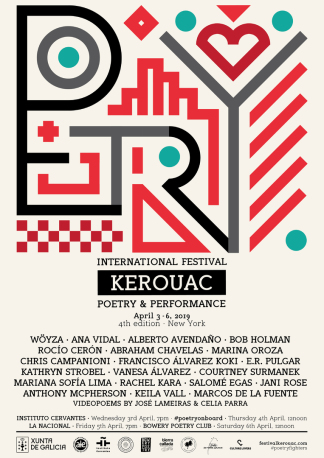 The Kerouac Festival began in Vigo, Spain, seven years ago and only recently opened a satellite event in New York City during the first week in April. Performances, readings, and discussions in English and in Spanish are being held in various locations throughout the city. 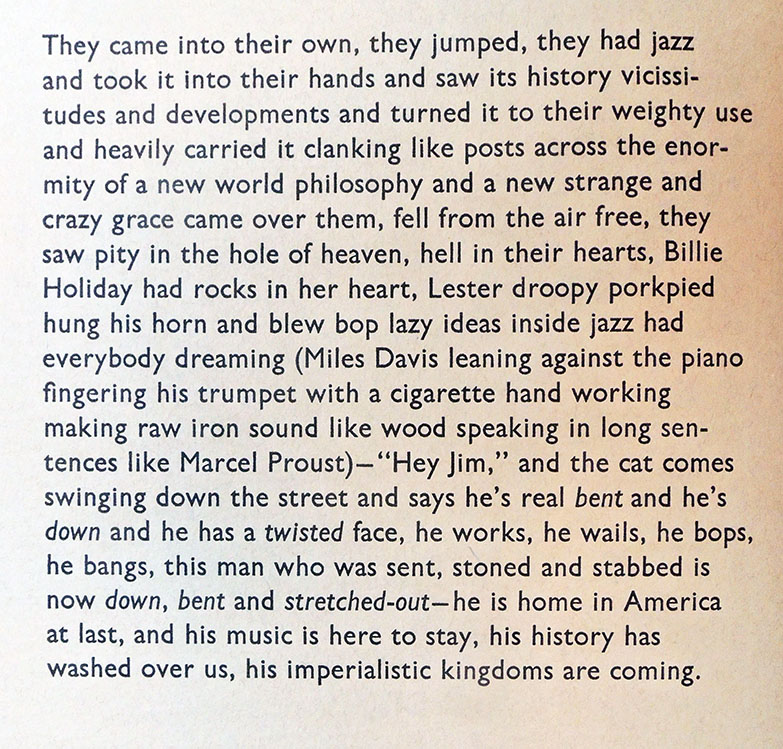 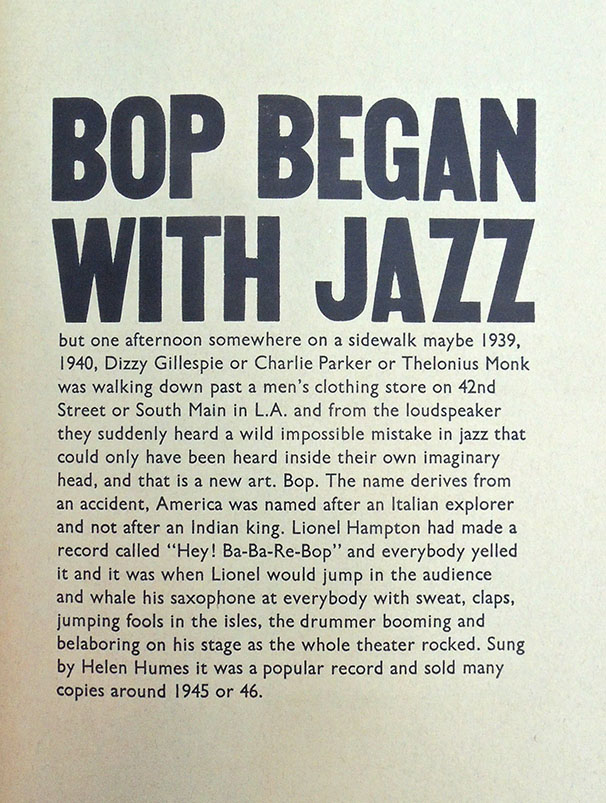