In 2005, curator Leah Dickerman and an extended group of authors published Dada: Zurich, Berlin, Hanover, Cologne, New York, Paris; the catalogue for an exhibition held at the Centre Georges Pompidou, Paris; the National Gallery of Art, Washington D.C.; and the Museum of Modern Art, New York. A survey of perhaps the most influential modern art movement as it developed in six crucial cities during the period 1916 to 1926, the book quickly became a canonical text in the study of modern art. 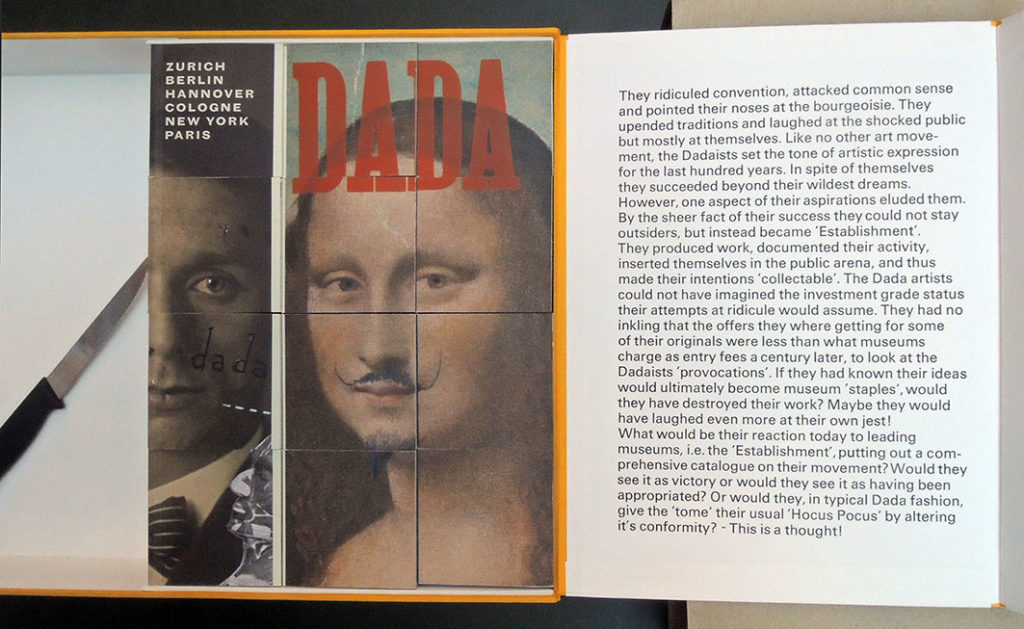 As an homage to the movement and the publication, Werner Pfeiffer created what he calls a book object titled Hocus Pocus that cuts and rebinds the catalogue into 12 individual books, each one telling a modified narrative. 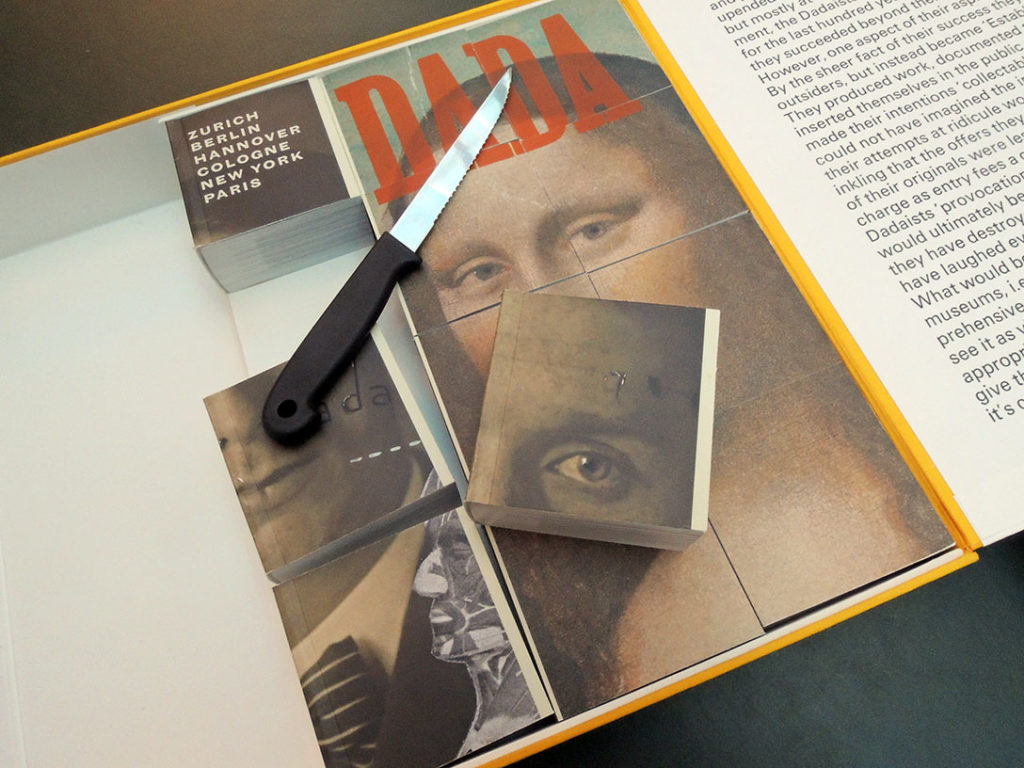 Appropriation of existing art or text has a long tradition within modern art and within the contemporary artists’ book genre is a sub-division known as ‘altered books’. Another good example of an altered book artist is John Latham, whose copy of Art and Culture by Clement Greenberg is now accessioned into the Museum of Modern Art in liquid form: https://www.moma.org/collection/works/81529. Pfeiffer’s Hocus Pocus has been accessioned into several art museum collections including the Museum of Fine Art, Boston. 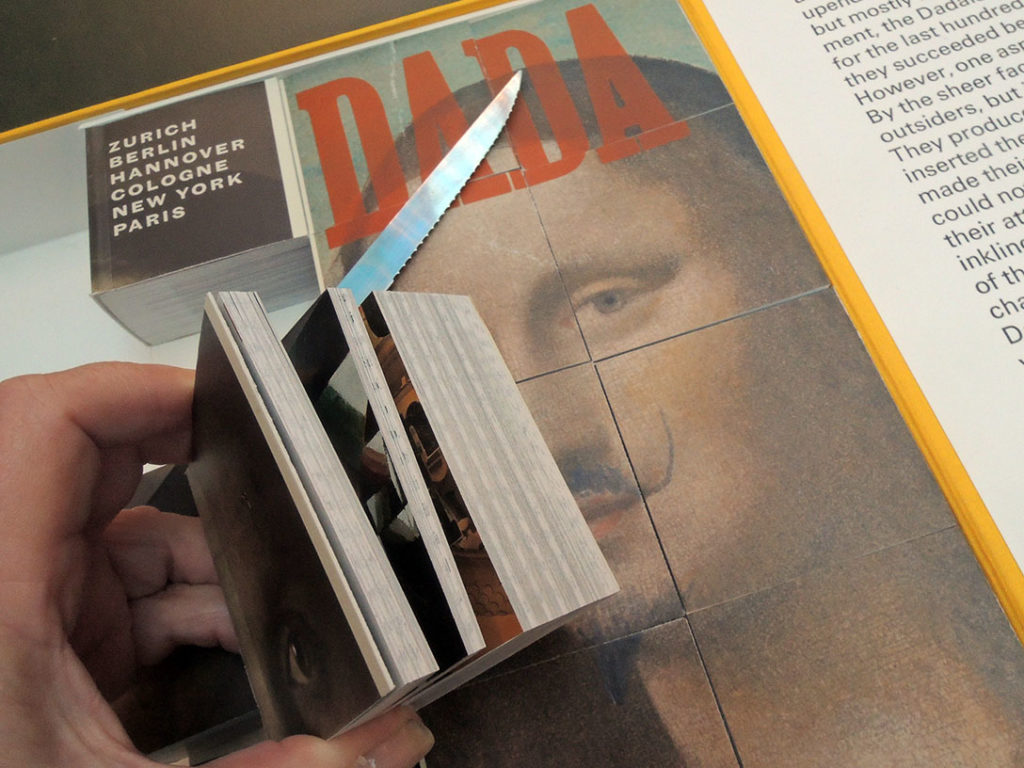 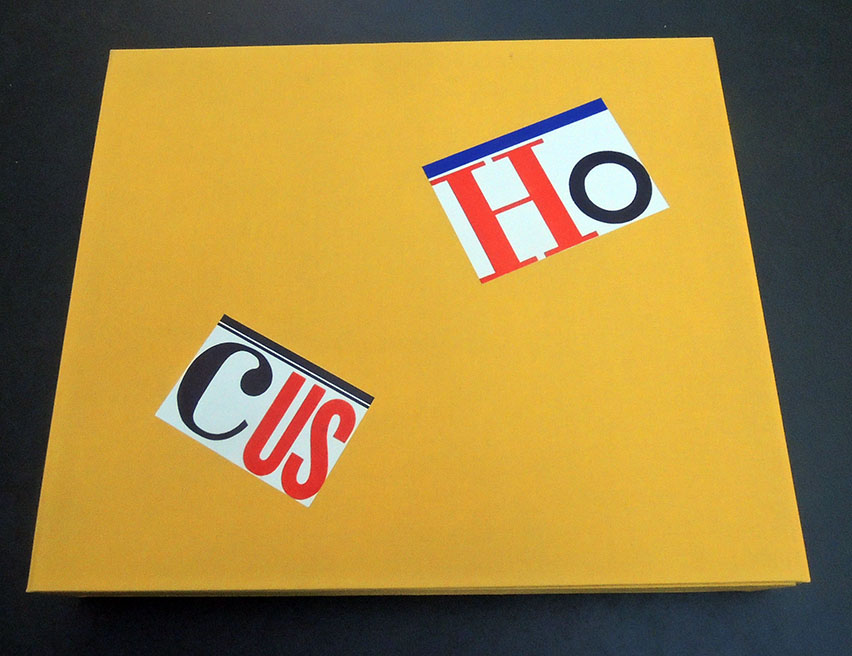