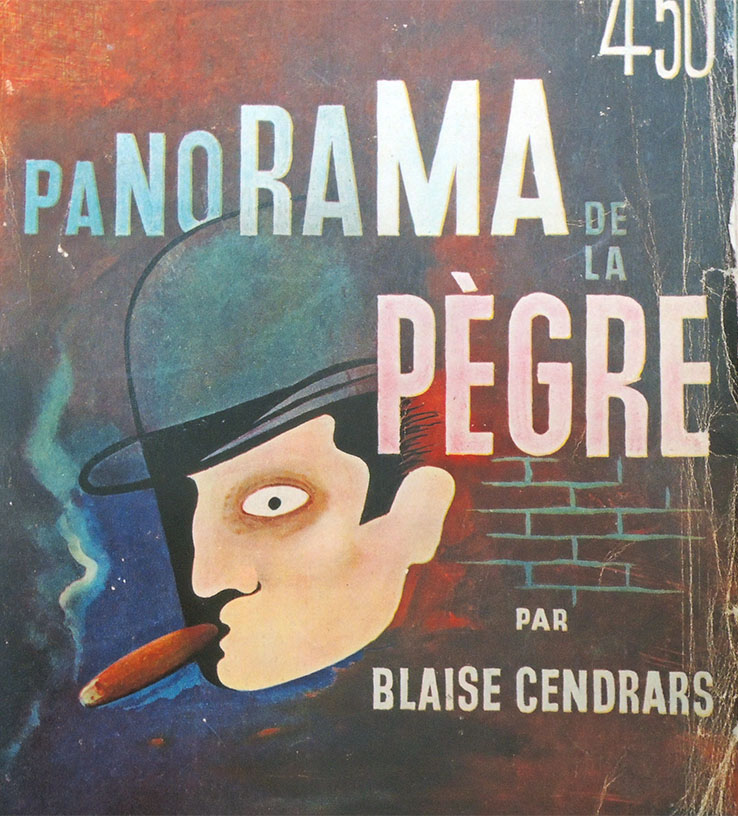 Cassandre (pseudonym of Adolphe Jean-Marie Mouron, 1901-1968) was a French commercial poster artist and typeface designer. In addition to his commercial work, he taught graphic design at the École des Arts Décoratifs and then, at the École d’Art Graphique. Understanding the importance of typography, Cassandre developed Bifur in 1929, the sans serif Acier Noir in 1935, and in 1937 an all-purpose font called Peignot. 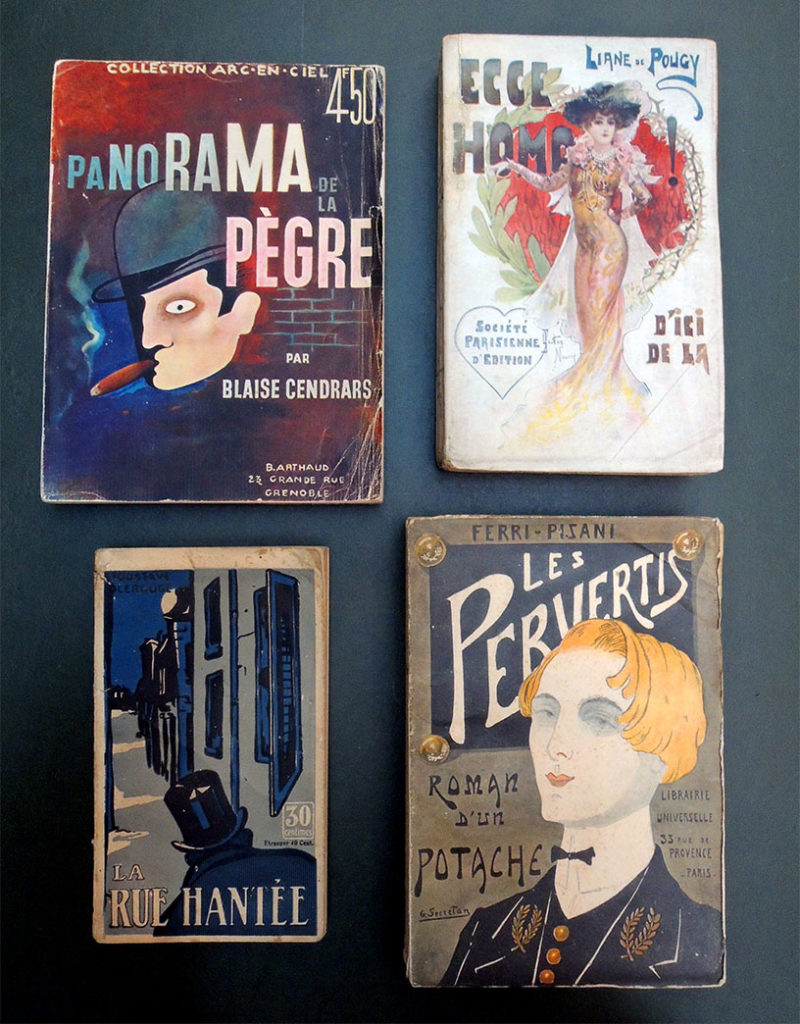 The Graphic Arts Collection recently acquired a group of paperbacks with superb cover art. Here are a few samples.

A notable homoerotic novel set in a boy’s boarding school. “Les Pervertis, by a precocious young French author, Ferri-Pisani, is so special and doubtless true, a picture of homosexualism in a great Paris lycée that it may well become a classic in its type.” (Edward Prime-Stevenson, The Intersexes: A History of Similisexualism as a Problem in Social Life, 1908). Ferri-Pisani was a great-nephew of George Sand. 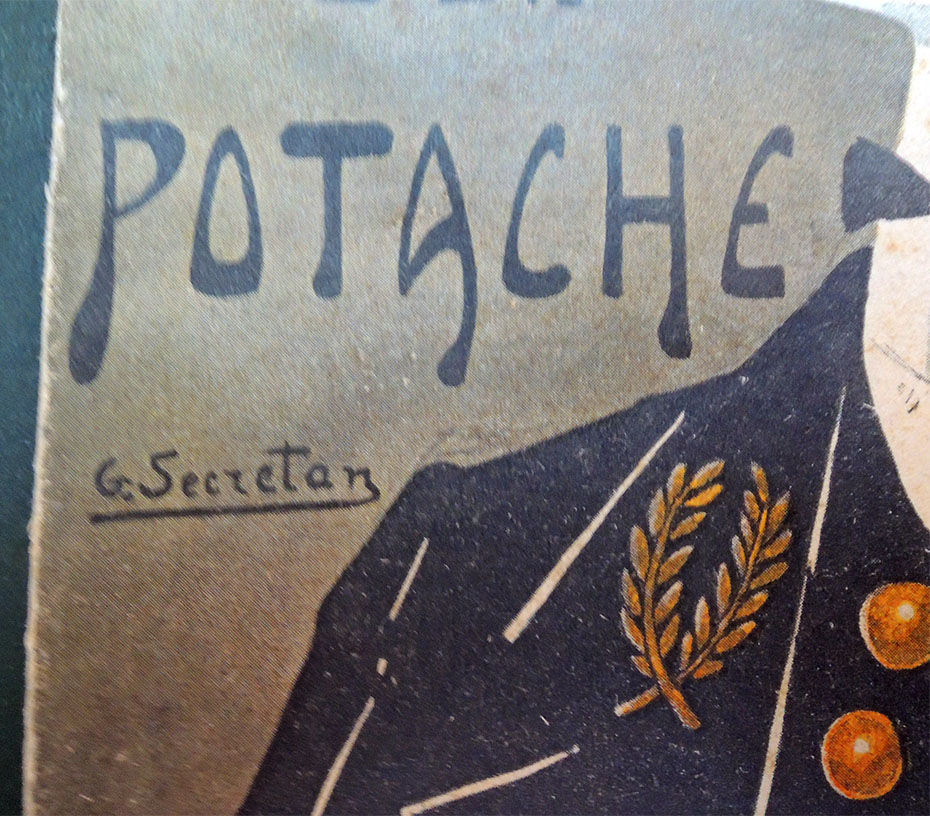 Le Rouge was a prolific author of crime, mystery and other pulp fiction, best known for Le Mysterieux Docteur Cornelius, who came to be revered by the Surrealists. Cendrars wrote of him in 1968:

How to define his multicolored versatility, his lively and spontaneous erudition never at a loss for arguments? He was no drudge, no hack; even in the obscure anonymous brochures that were sold only at news-stands and in neighborhood or provincial notion shops, he was never unworthy of his craft as a writer which he took very seriously and of which he was very proud. On the contrary, it was in these unsigned popular publications—fat volumes such as a key to dreams, a cookbook (which I have recommended to all the gourmets I know)—and in the unbound pamphlets, often a simple printed sheet folded in four, eight, or sixteen pages that was sold for two, four, ten sous at Metro entrances on Saturday nights (Paris Review). 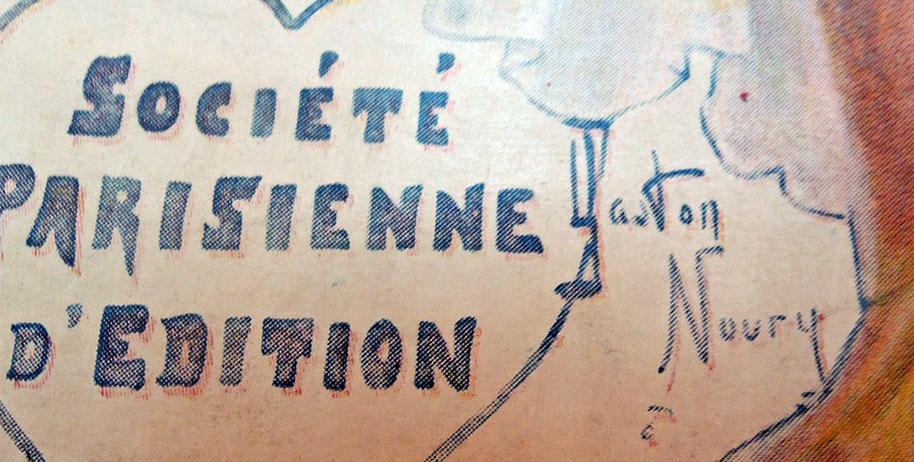 A novel by De Pougy, who escaped to Paris after an abusive early marriage, where she dabbled in acting and prostitution, and became a regular user of cocaine and opium, a writer, and a star of the Folies bergères. She had numerous relationships with women, notably Natalie Clifford Barney, recorded in her novel Idylle Saphique, published in 1901.