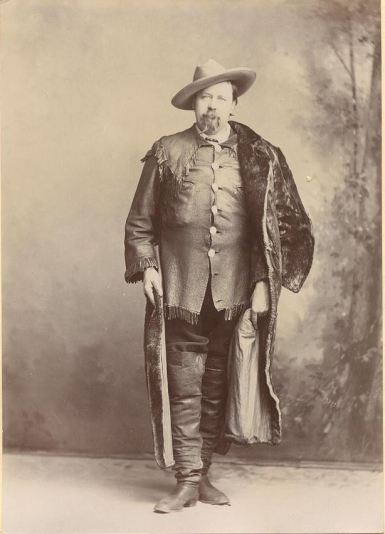 On January 15, 1890, the Los Angeles Herald printed an article on local artist Carl Browne (1849-1914), in the hope that charges of blackmail would be dropped (which they were). The author goes on to describe Browne’s creative wood engraving technique of coating a block design with aromatic herbs and leaving it in a tree, tempting woodpeckers to cut the image with their beaks.

It is hoped [that] the charge of blackmailing against Carl Browne, the illustrious artist, will not be pressed. He may be guilty as charged in the indictment, but a man who has already done as much for art ought not to be required to go to the penitentiary too. Mr. Browne adorns everything that he touches, particularly if it is white; he leaves nothing as he finds it, unless it is very heavy indeed. Before his time art knew nettling of the reversible landscape, the five-legged cow, the stream which runs up hill and the house which has had its haircut.

It was he, too, who invented (under Providence) the new method of wood engraving heretofore described in this paper. The block is smeared with worm oil and the design drawn upon it with ink of [asafoetida]. When the picture is complete the block is hung up in a tree and the woodpeckers, attacking the light parts, leave the dark ones in high relief ready to print them. 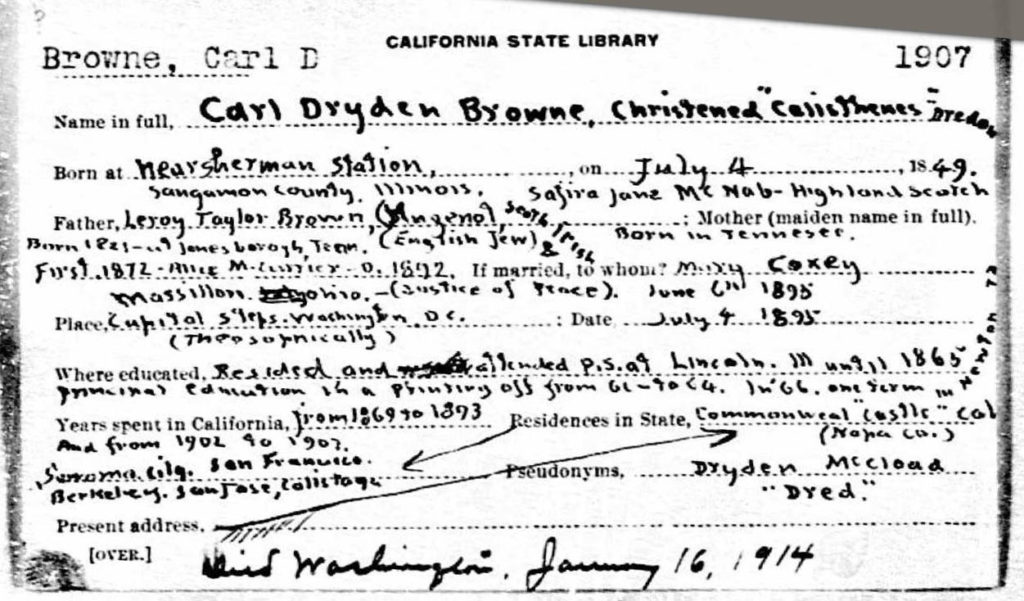 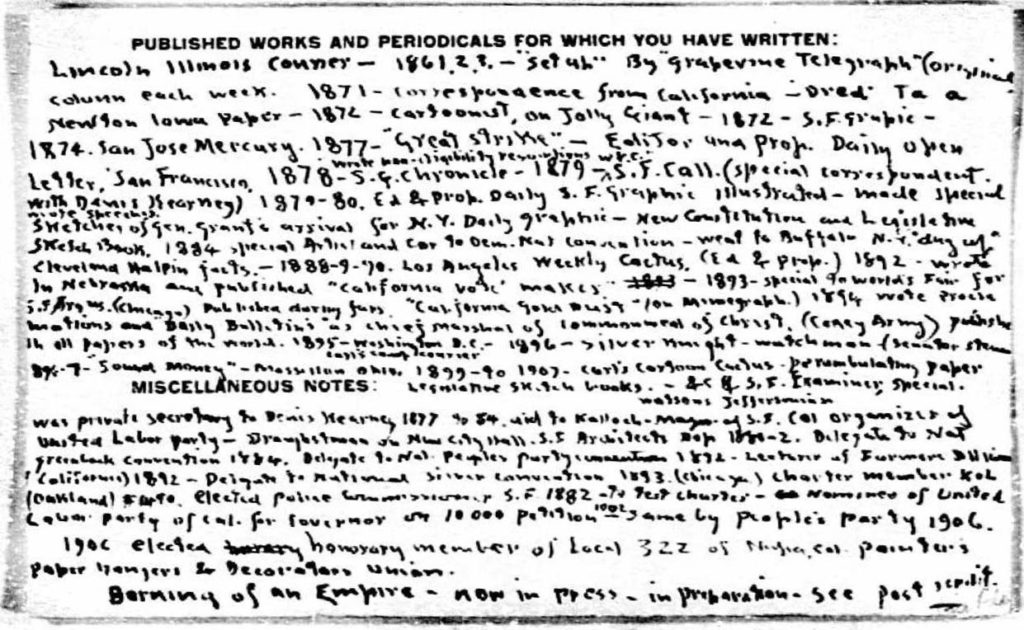 Mr. Browne’s perspective has been highly extolled by Professor Davidson, one of the closest observers of earthquake phenomena that we have among us. but it is in his coloring that he comes out really strong. Nothing could be finer than the subtle harmonies which he produces with an arsenic-green sky brooding upon a carmine forest, beyond which a yellow sea rises steeply to the horizon, bearing two or three blue ships—a favorite subject which he has now the skill to paint with his eyes shut. Professor Holden of the Lick observatory said of one of Mr. Browne’s nocturnes, in which a noble range of black-and-tan mountains serves as a background to a constellation of liver-and-white stars, that he never saw anything so strange.

But this artist’s greatest work is doubtless his panorama of “Hamlet’s Soliloquy,” in which the spectator stands in the middle of Hamlet and sees the soliloquy retiring by the country roads toward all the points of the compass, thoroughly beaten and subdued. This painting was at one time exhibited as “The Battle of Gettysburg, ” and was highly commended in art circles in Calistoga. Afterward it was shown as “Penelope at Her Loom,” and is now, I believe, attracting considerable attention in the East as “The Petrified Forest.”

Although Browne’s various newspapers and lithographs have survived, none of the panoramas are known to exist. If you hear of one, please write. 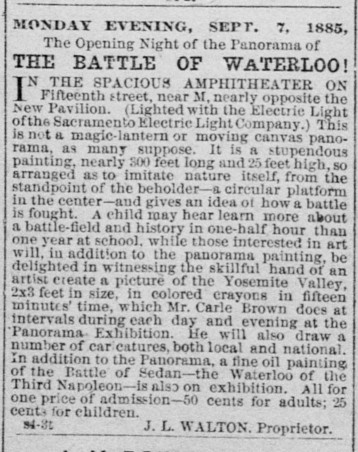