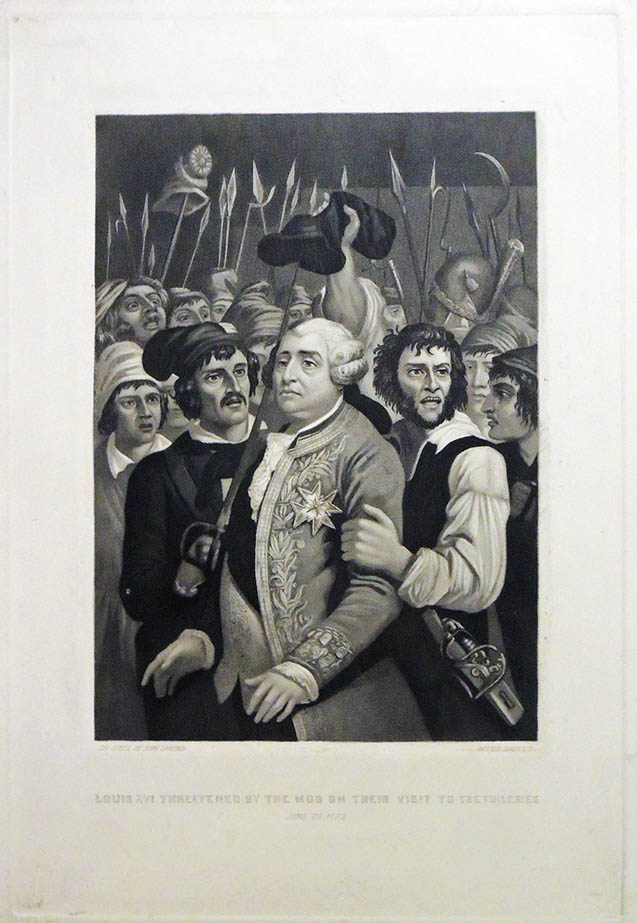 This steel engraving was created by the Philadelphia artist John Sartain, after a work by the French painter Denis Auguste Marie Raffet. It is one of several prints published after Raffet’s design and often confused with others. While Sartain is celebrated for bringing the art of the mezzotint to the United States, this particular print is not (as it has often been listed) a mezzotint.

Mezzotints begin with a printing plate completely covered with marks so that it prints black. Then, the artist smooths out of the marks to reveal highlights and pure whites. In Sartain’s Louis XVI, we see that he is adding blacks on top of very fine, steel engraved lines. Instead of the smooth layers of tone in a mezzotint, we see almost crude lines heavily etched into the steel so they will print as black as possible. 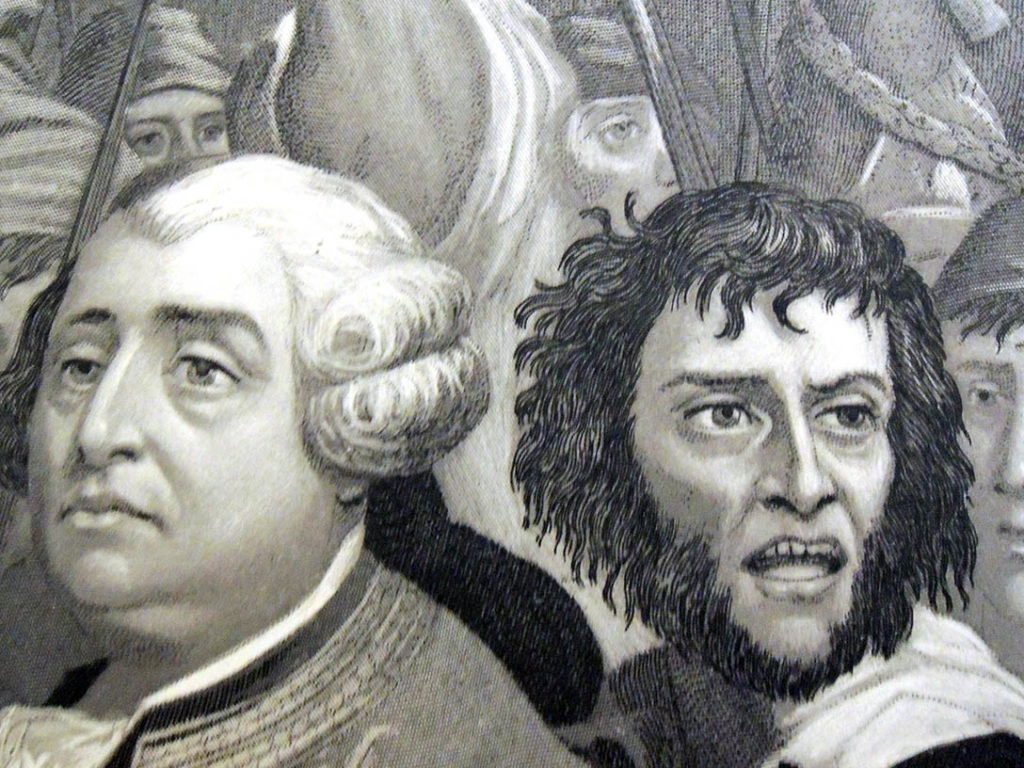 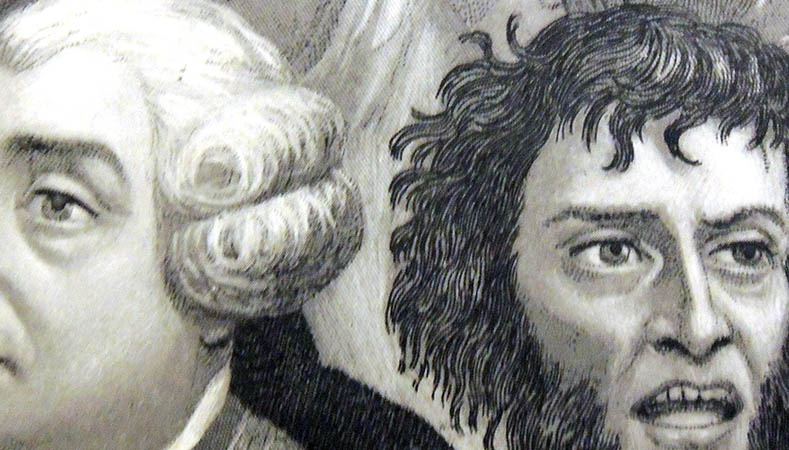 Here is an example of a mezzotint plate and print: https://graphicarts.princeton.edu/2017/04/22/mezzotint-copper-plate-for-orpheus-and-eurydice/

Read more on the execution of Louis XVI: https://origins.osu.edu/milestones/january-2018-execution-louis-xvi