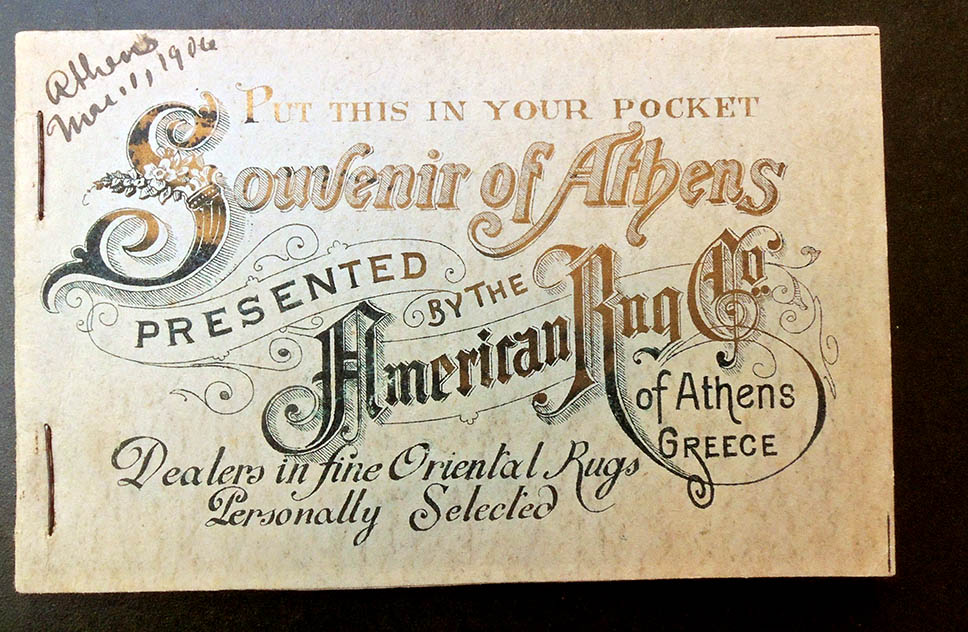 Note the rainbow roll lithograph on the cover and read Steven Heller’s “Evolution: Rainbow Roll” in Print Magazine, May 15, 2013. https://www.printmag.com/featured/evolution-rainbow-roll/ 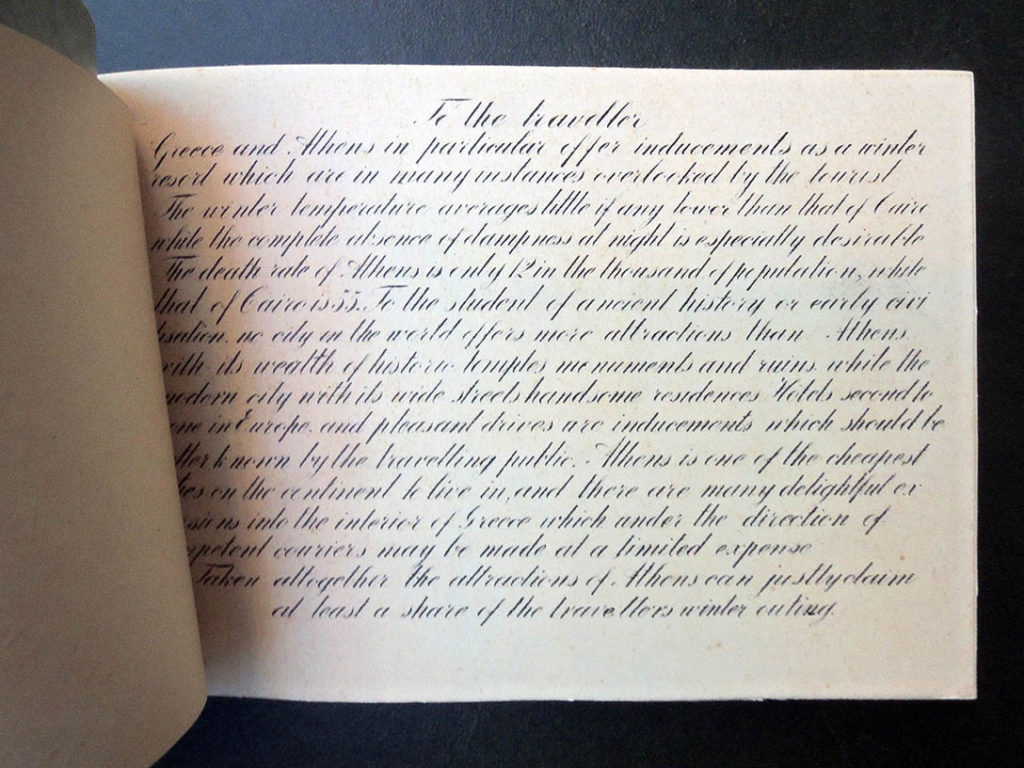 To the traveller, Greece and Athens in particular offer inducements as a winter resort which are in many instances overlooked by the tourist. The winter temperature averages little if any lower than that of Cairo while the complete absence of dampness at night is especially desirable. The death rate of Athens is only 12 in the thousand of population, while that of Cairo is 55. To the student of ancient history or early civilization no city in the world offers more attractions than Athens. With its wealth of historic temples monuments and ruins while the modern city with its wide streets handsome residences hotels second to none in Europe, and pleasant drives are inducements which should be better known by the travelling public. Athens is one of the cheapest cities on the continent to live in and there are many delightful excursions into the interior of Greece which under the direction of competent couriers may be made at a limited expense. Taken altogether the attractions of Athens can justly claim at least a share of the travellers winter outing

Thanks to Dimitri H. Gondicas, Stanley J. Seeger ’52 Director, Seeger Center for Hellenic Studies and Lecturer in the Council of the Humanities and Hellenic Studies, ’78, for the donation of this souvenir booklet picked up in Athens by a tourist in 1906. Travelers are being convinced to go the Greece, not only to see the sites but also to purchase oriental rugs, making a comparison between the livability of Athens compared to Cairo. An odd combination of salesmanship and antiquities. 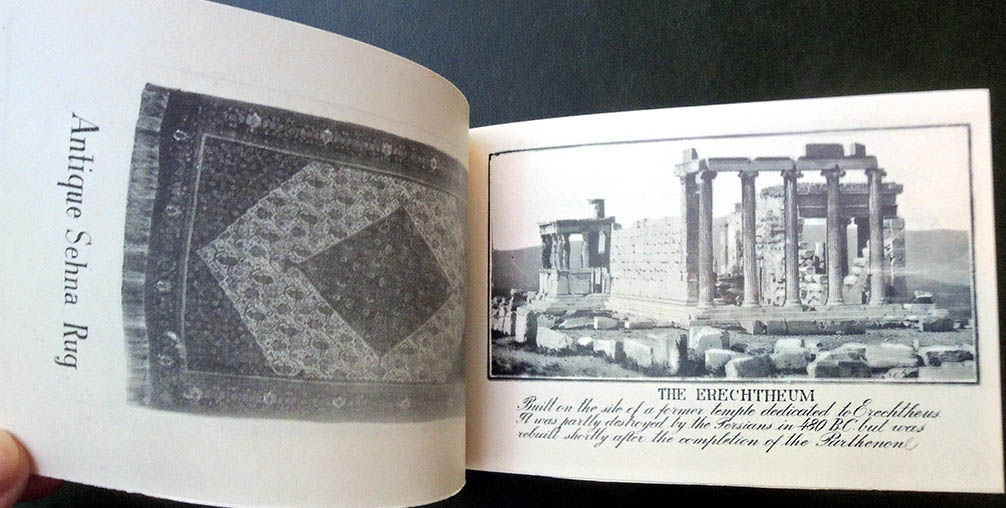 Five pages of personal and corporate references from around the world are offered. We can assume these are for the American Rug Company and not the Temple of Jupiter.