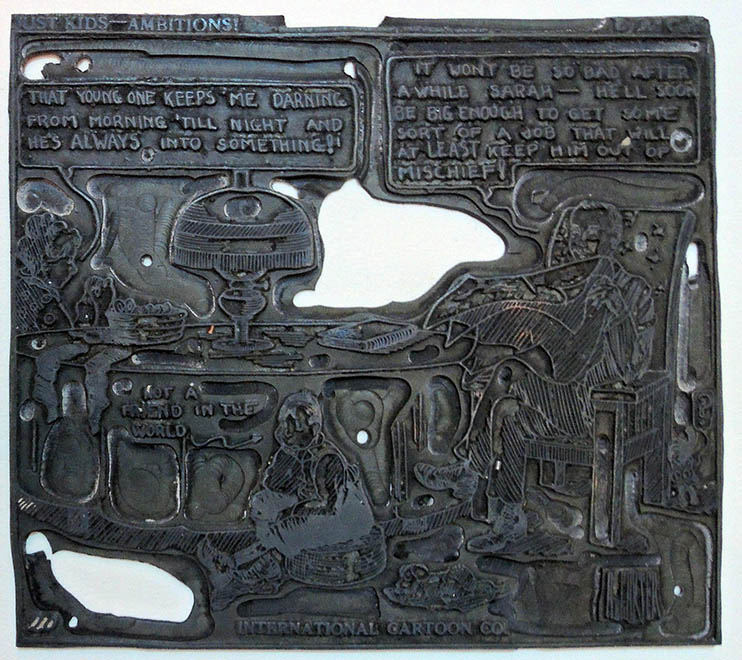 Over eighty years before Patti Smith’s Just Kids hit the bookstores, Ad Carter (1895-1957) and his distribution firm King Features Syndicate were publishing the daily comic strip Just Kids in papers across the United States. From 1922 to 1947, Just Kids entertained the American public weekday mornings in black and white, and every Sunday in color.

These metal plates had to be snail-mailed from one city to the next for printing, so on any given day a different strip would appear in Baltimore papers from the one in Philadelphia papers. William Randolph Hearst (1863-1951), who owned the King Features syndicate, took a particular liking to Carter’s work and also published his strip Nicodemus O’Malley in Hearst papers. 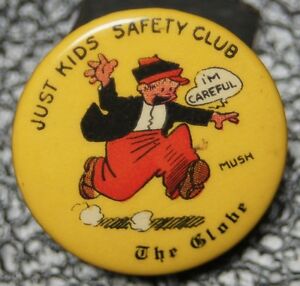 The Just Kids Safety Club was formed in the spring of 1928 to promote safety for school age children walking to and from school. In exchange for a pledge to “always look up and down before crossing the street,” children received a membership button featuring one of the characters from the strip. 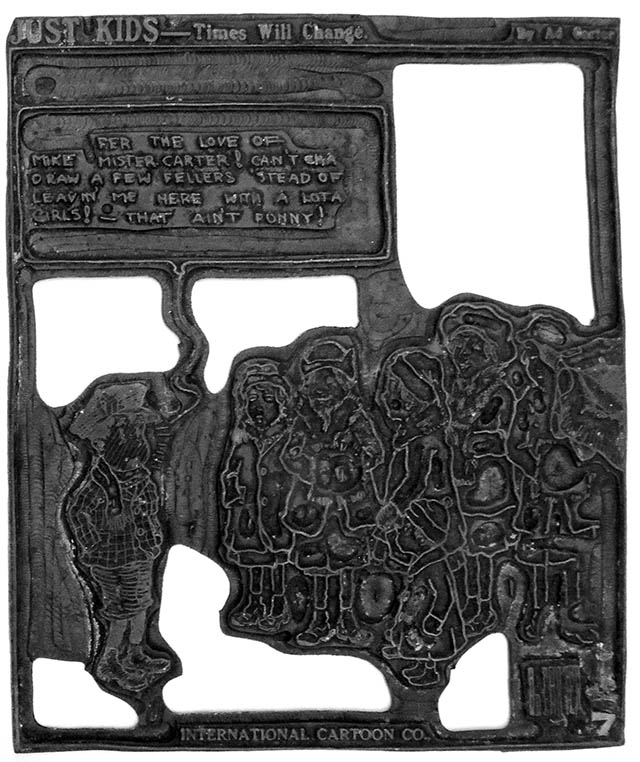 Mush Stebbins continued as part of an ensemble cast… Other regulars included Mush’s pals, Fatso Dolan and Pat Chan, the latter adding a touch of racial diversity back before diversity was cool. The group functioned as a kid gang operating in and around a small town called Barnsville, sort of like the later Archie and his pals, but younger, did in Riverdale… His specific source of inspiration was Reg’lar Fellers, by Gene Byrnes, of which Just Kids was a blatant copy. This was part of the same trend as Tillie Jones’s similarity to Winnie Winkle and Annie Rooney’s to that other Annie. 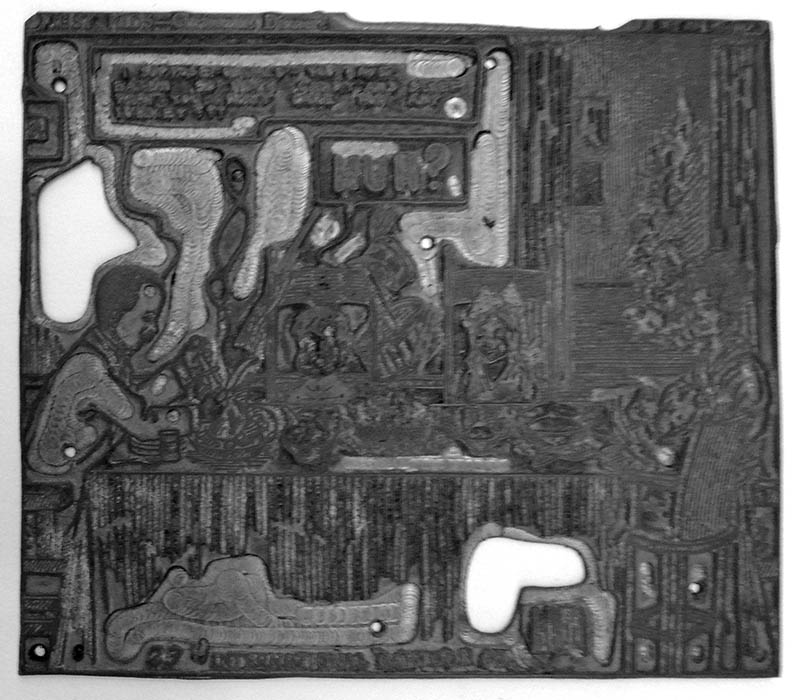 Thanks to the generous donation of Charles Rose, Class of 1950, P77, P80, the Graphic Arts Collection owns 1,429 zinc and aluminum printing plates for Just Kids and other comic strips syndicated to American newspapers from the 1920s to the 1950s. The plates originated with Abraham Meyers, whose American Melody Company or Meyers List (newspapers knew the firm as International Cartoons or Empire Features) was founded in 1898. For more on the gift, see: https://www.princeton.edu/~graphicarts/2012/06/cartoon_printing_plates.html

Particular thanks also to the many staff members who have moved these very heavy plates from one location to another over the last ten years of renovation. 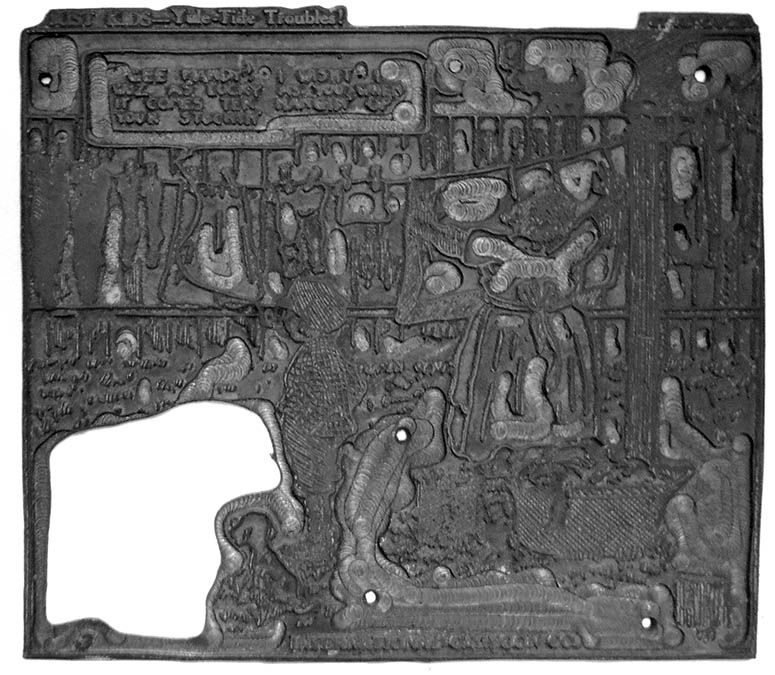 Mush’s sister is hanging laundry on a clothesline and he says, “Gee Wendy, I wasn’t as lucky as you when it comes to matching up your stockings.” 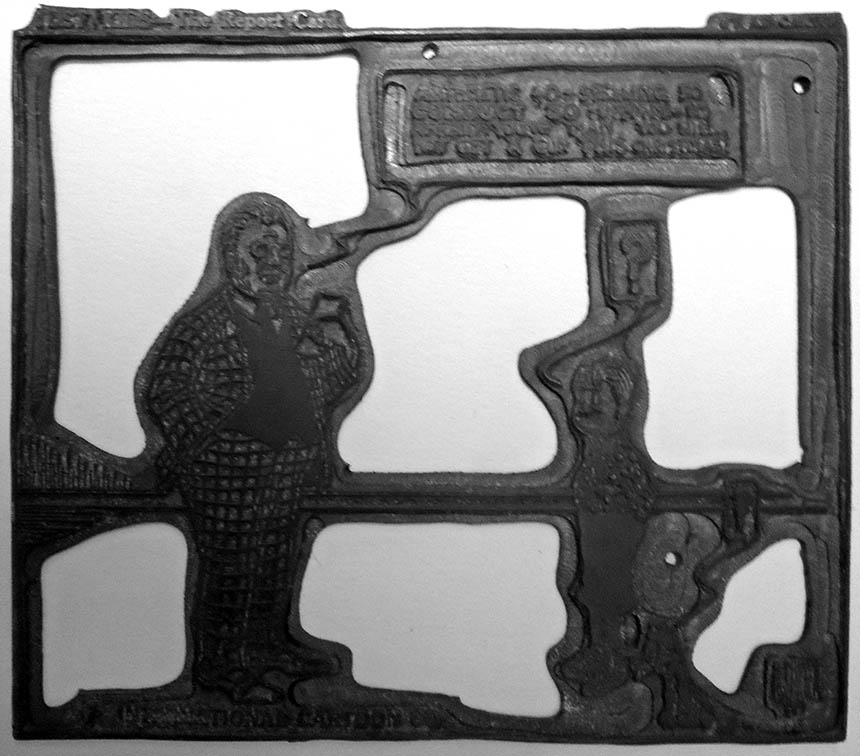 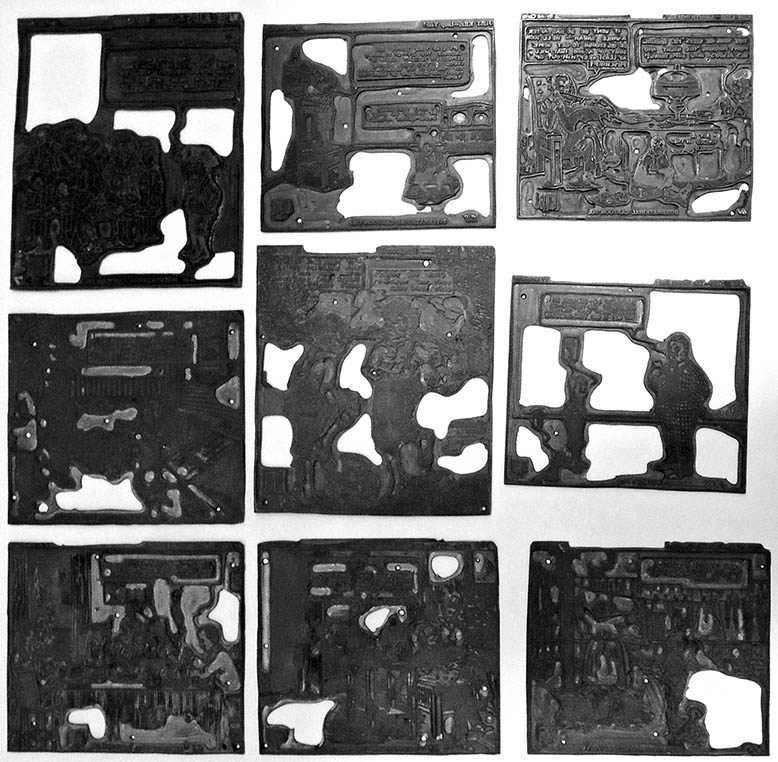